Accessibility links
Are Police Being Taught To Pull The Trigger Too Fast? Critics say training firms use ambush-style videos that make police paranoid and quick to react with force. But not exposing officers to such scenarios puts them at unnecessary risk, trainers say. 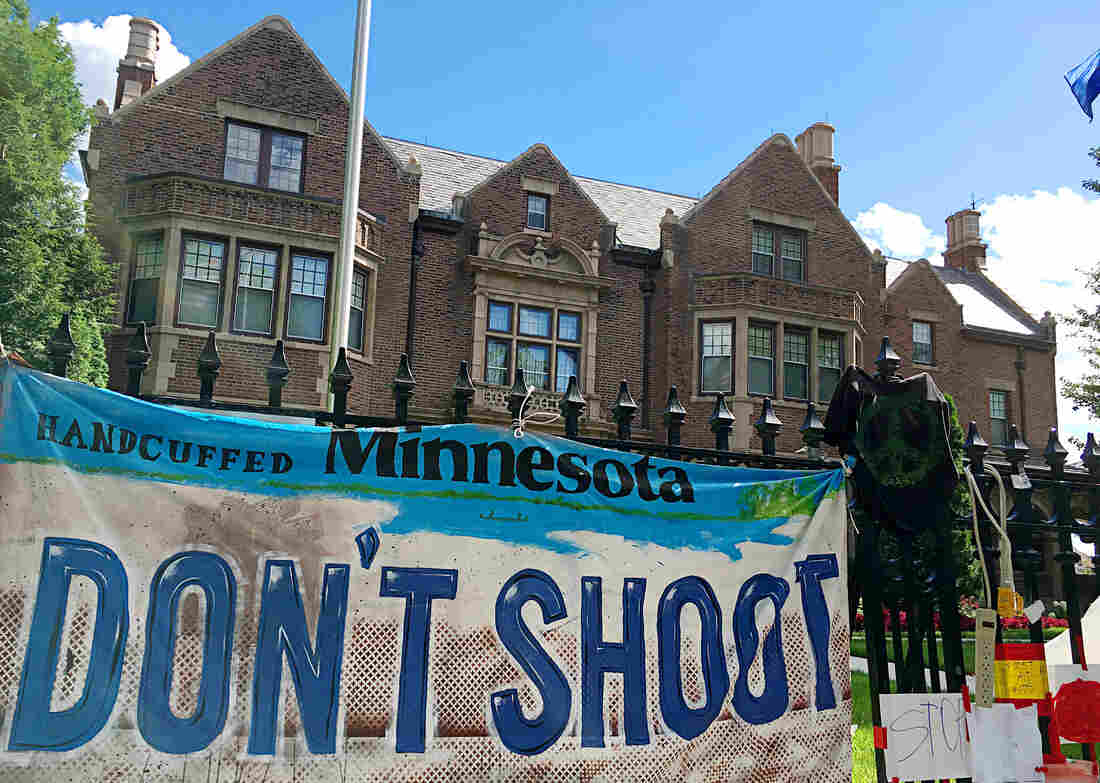 Protesters camped out in front of the Minnesota Governor's Residence, calling for more "judgment" by police officers. Many say officers are too quick to shoot people whom they perceive as threats. Martin Kaste/NPR hide caption 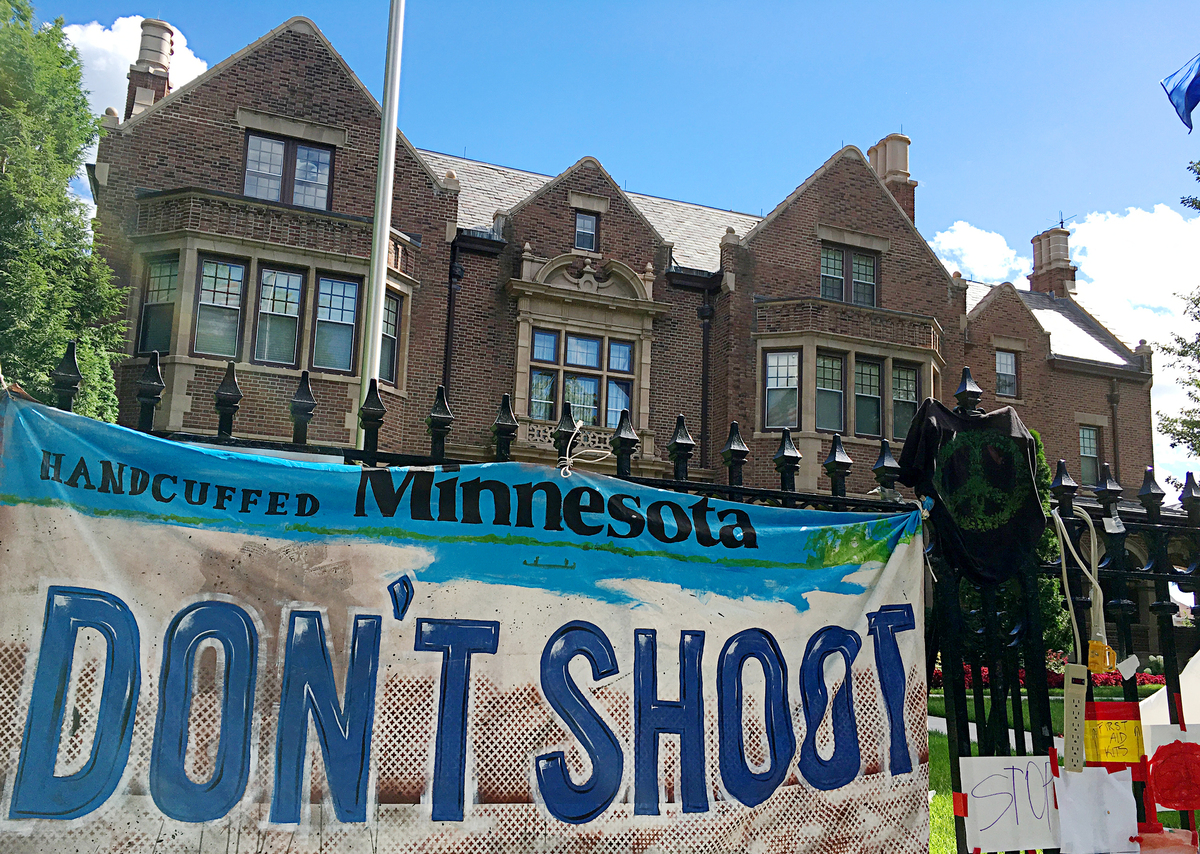 Protesters camped out in front of the Minnesota Governor's Residence, calling for more "judgment" by police officers. Many say officers are too quick to shoot people whom they perceive as threats.

When you listen to the protesters, the message is clear: They think police are too quick to pull the trigger when faced with potential danger.

The reality is that it's very difficult to tell whether this is something that's changing: The statistics on police use of force in the U.S. are too unreliable to say anything for certain.

Still, Peter Kraska is among those who do think police have become quicker to use force. "From everything I can tell, even though, amazingly, we don't have good statistics on lethality by police, the problem certainly has gotten worse," says Kraska, a professor at Eastern Kentucky University's School of Justice Studies.

Kraska specializes in the study of what he calls "police militarization." He calls it this in part because of what we've been seeing in videos lately — images of police shooting people who aren't clearly armed, or who have made a false move — but he also points to something else.

"One of the cultural changes that has gone along with what we call the militarization of policing is a type of training that specifically comes from military-trained people that emphasizes that the police need to have a warrior mindset," Kraska says.

By that he means certain training companies, which, over the past couple of decades, have become very influential in the police world. What he doesn't like about these companies, Kraska says, is the way they rely on videos from dashboard cameras and body cams that show officers being surprised or ambushed by suspects, sometimes with fatal results. He says emphasizing these moments in training can make officers paranoid.

One of the companies Kraska is referring to is Calibre Press, based in Glen Ellyn, Ill. Earlier this week, Calibre offered a previously scheduled seminar for police officers drawn from St. Paul, Minn., and the surrounding region. The class was on leadership, but given the controversy surrounding the shooting death of Philando Castile, the participants also spent time watching some of these videos and discussing use of force.

For Police, A Debate Over Force, Cop Culture And Confrontation

The class was taught by the company's owner, Jim Glennon — a former police officer from Illinois. He says during the session that just wrapped up, he and the St. Paul-area cops talked about the public outrage over Castile's death.

"The main thing [the police officers are] thinking is ... that the information's not out, so why is everybody, who doesn't know anything, offering opinions outside of their field of expertise," Glennon says.

Calibre is a major player in the world of police training — Glennon figures about 20,000 people were exposed to its training in some fashion last year. The company's students include Jeronimo Yanez, the police officer who shot Castile. He took a class in 2014 called "The Bulletproof Mind." 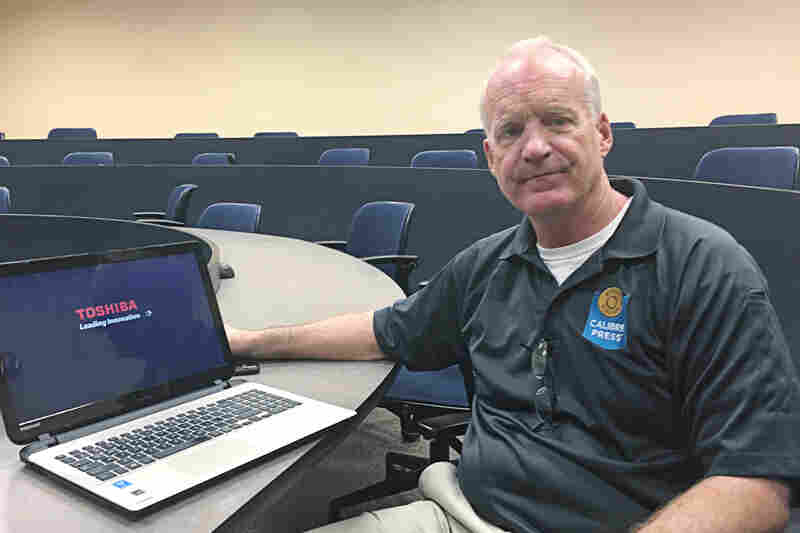 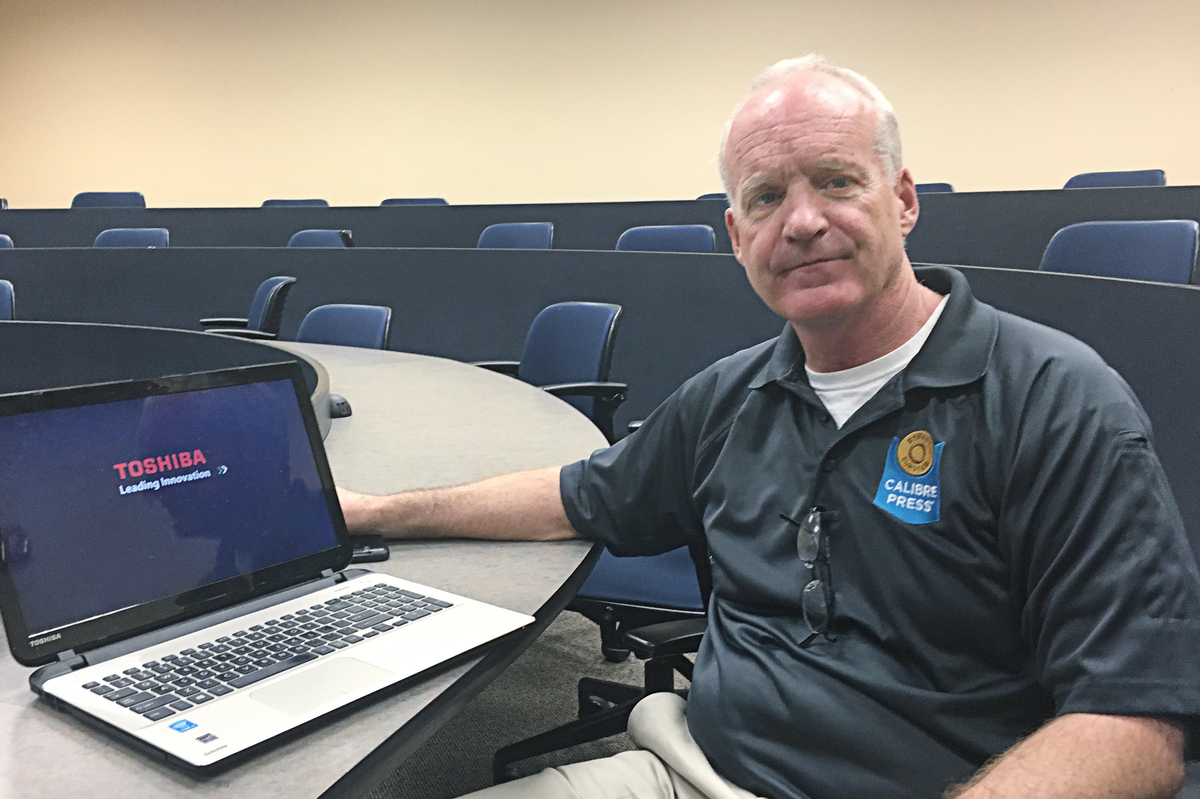 Jim Glennon, a former police officer from Illinois, owns Calibre Press, a major player in the world of police training.

One video Glennon uses in class is dashcam video from Florida of a roadside stop in which a smooth-talking suspect suddenly hits the officer and whips out a gun, starting a chaotic gunfight.

Glennon says his courses are all about balance. He wants police to watch videos, discuss them and learn from them — and he points out that his company also teaches plenty of classes about de-escalation and bias. And he has no patience for critics who say police training is too militaristic.

"The line out there by politicians and even some chiefs of police in this country who should know better are saying we train too much like warriors, when in fact, if we trained more with stress — stress-induced training — we would actually shoot less," Glennon says.

It's true that police train a lot less than most people assume. For instance in Minnesota, patrol cops are required to train an average of only 48 hours every three years — and that's for all kinds of training.

Most of those hours are spent in classrooms, or even taking online classes — not in simulators or active scenarios, the kind of hands-on training that can help officers learn how to stay focused in high-adrenaline situations. That kind of training is expensive, especially for smaller departments.

So companies like Calibre fill the niche — and it's retired cops who do much of the training, whether with the companies, or at the public institutions that teach aspiring police.

James Densley, a criminologist at one such college in Minnesota, Metropolitan State University, says the identity of these trainers can have an effect.

"There's nothing wrong with having peace officers training peace officers. I mean, in many ways, intuitively, it makes sense," Densley says. "But I think one of the downsides of it is it also perpetuates a sort of mindset that maybe those peace officers who are now instructing had learned when they went through the system, and then they're just sort of handing it down to future generations."

The mindset that he worries about is a sense of us versus them, one that regards the public as more dangerous than it is.

But that's a contentious opinion right now, especially inside the world of police training: By saying things like this for the past few days, Densley has stirred up bitter responses from police and trainers, who accuse academics and reformers of telling police that they should hesitate in the face of danger — at the cost of their own safety.