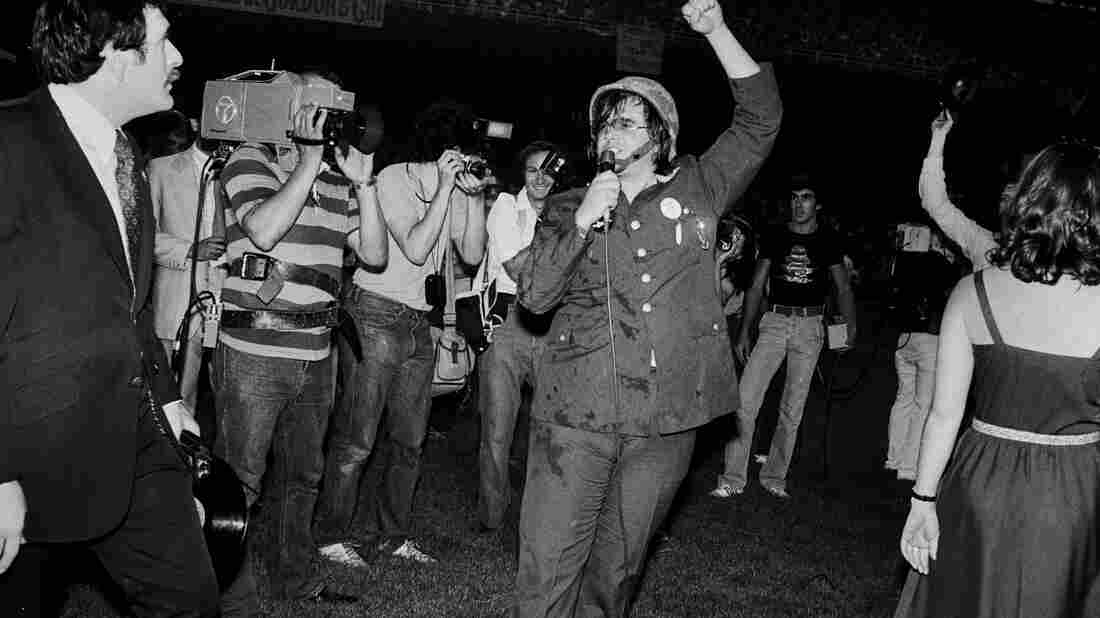 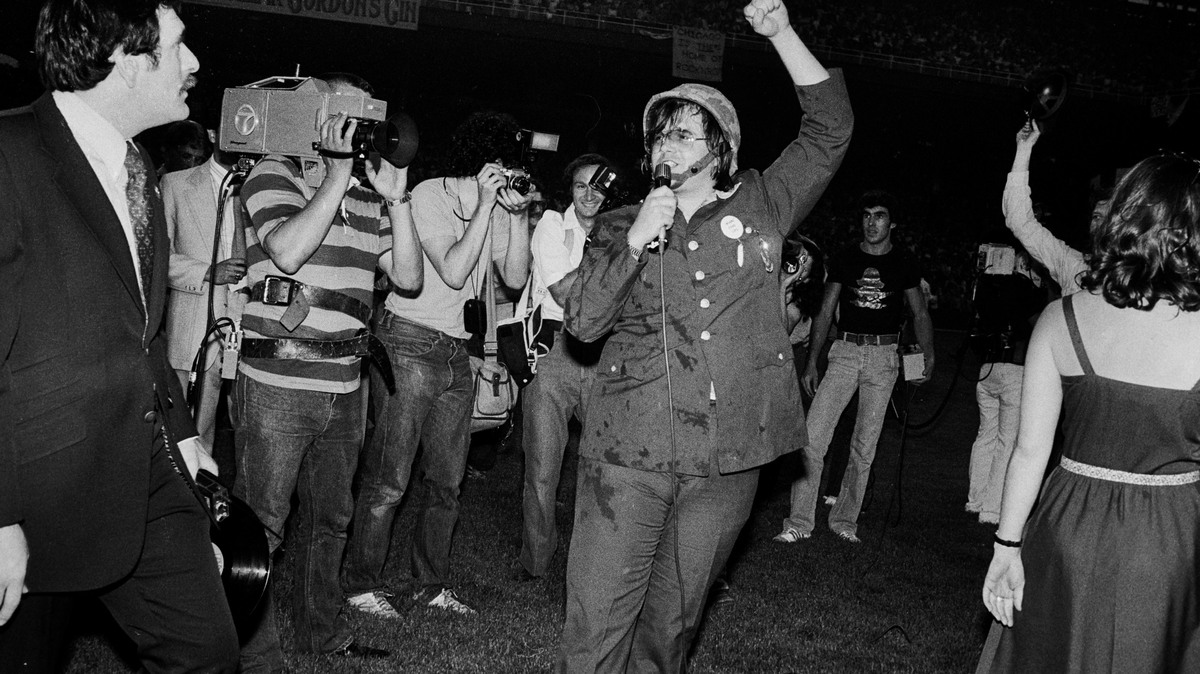 In 1979, rock DJ Steve Dahl donned a combat helmet to blow up a crate of disco records, a stunt now known as Disco Demolition.

It was the summer of 1979, and disco was taking over the world. Donna Summer, Chic and Gloria Gaynor were at the top of the charts. Just a few months earlier, the Saturday Night Fever soundtrack had been named Album of the Year at the Grammy Awards. Radio stations were switching to all-disco formats.

Steve Dahl, then a 24-year-old disc jockey, was mad. He had been fired from a Chicago radio station when it, too, went all-disco. In his new job at a rival rock station, he took out his frustration by destroying disco records on the air.

"Back in the day when we had turntables, I would drag the needle across the record and blow it up with a sound effect," Dahl says. "And people liked that."

Pretty soon, station reps and Chicago White Sox promoters had the crazy idea of actually blowing up disco records. The team was averaging just 16,000 fans a game and would have done anything to fill Comiskey Park. So, on a muggy Thursday night doubleheader with the Detroit Tigers, fans could bring a disco record and get in for less than $1. What transpired came to be known as "Disco Demolition" and is the subject of Dahl's new book Disco Demolition: The Night Disco Died, co-written with Dave Hoekstra.

A Rational Conversation: How Deep Is The Disco Revival?

At the time, Jim Maines was a long-haired, working-class 19-year-old from the South Side. "We thought we'd be the only ones that showed up that night, but when we got there, it was unbelievable," he says. He was among roughly 50,000 rowdy fans, some of whom started using records as Frisbees. ("Oh, you can throw them very hard," Maines says. "It was like a big party in there.")

Also at the game was a teenaged usher named Vince Lawrence, who says he'd hoped to snag a few disco records to take home. Then an aspiring musician who was saving up money for a synthesizer, he says he was one of the few African Americans there that night. Soon, he began to notice something about the records some people were bringing.

"Tyrone Davis records, friggin' Curtis Mayfield records and Otis Clay records," he recalls. "Records that were clearly not disco," but that were by black artists.

After the Sox lost the first game, a giant crate full of records was placed in the outfield. Dahl, the disgruntled disc jockey, donned a combat helmet and military jacket and led chants of "disco sucks." Then they blew up the crate. The explosion scattered records high into the air and left a crater in center field.

But Maines says the pitcher still started to warm up for the second game. "And then all of a sudden, somebody ran by him from the stands. And then once they seen one person run by, then everybody started going over the wall," he says. An estimated 7,000 people slid down the foul poles, lit things on fire and literally stole the bases. The White Sox had to forfeit the second game.

"I was faced with some guy rushing up to me, snapping a record in half in in my face and going, 'Disco sucks! Ya see that?'" Lawrence says. "Like an overt statement to me like I was inherently disco."

Over the years, Disco Demolition came to be seen as a not-so-subtle attack against disco's early adopters: blacks, Latinos and gay people. Dahl, who helped write the new book, calls this revisionist history.

"When you see the images of Disco Demolition, it looks like a book burning," he says. "But it really wasn't like that."

Lawrence isn't so sure. "I was in the crowd, and that was the mentality of the person who was coming," he says. "If Steve Dahl says he wasn't calling those people out ... funny how they came."

"I didn't know what I was tapping into, honestly," Dahl says. "It obviously threatened a certain group of rockers."

The subtitle of Dahl's book is "The Night Disco Died" — but disco never really died. In Chicago, it went underground and was reborn several years later as house music. Present at house's creation was none other than Vince Lawrence, who was still spinning records salvaged from Disco Demolition. He'd gotten his synthesizer, too, and ended up co-writing "On and On," one of the first Chicago house anthems.

"It's ironic, that while you were blowing up disco records you were helping to create [house music]," Lawrence says. "And I don't know, I kind of laugh because it's funny how things work out."