Accessibility links
What Makes A Comedy Funnier? Music With A Straight Face When tapped to write the score for the Ghostbusters reboot, composer Theodore Shapiro knew the trick to getting laughs: a soundtrack of serious music. 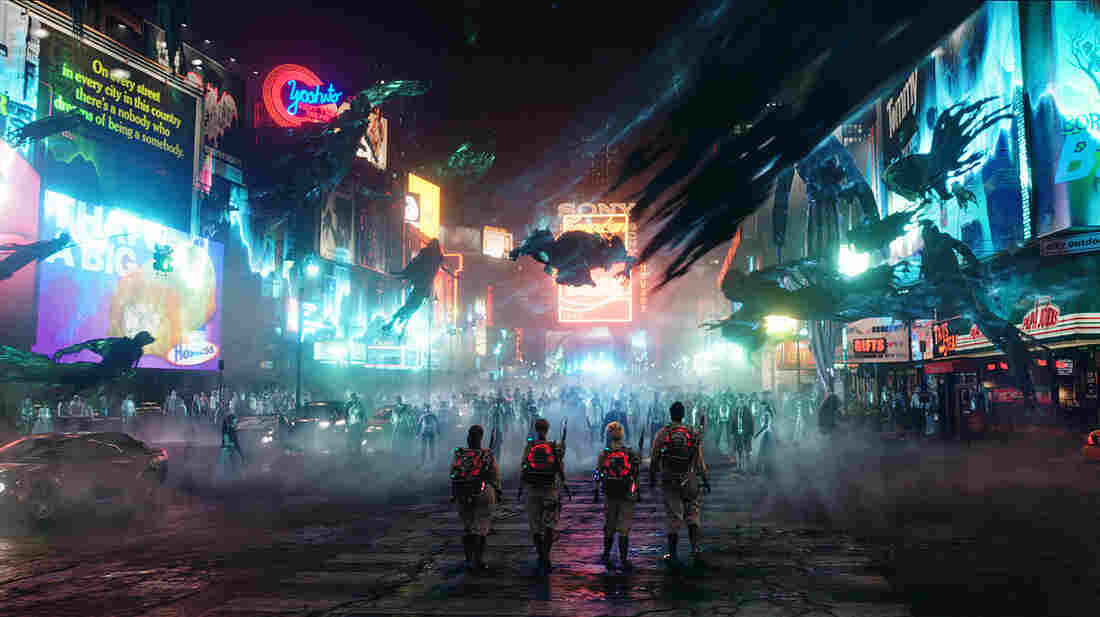 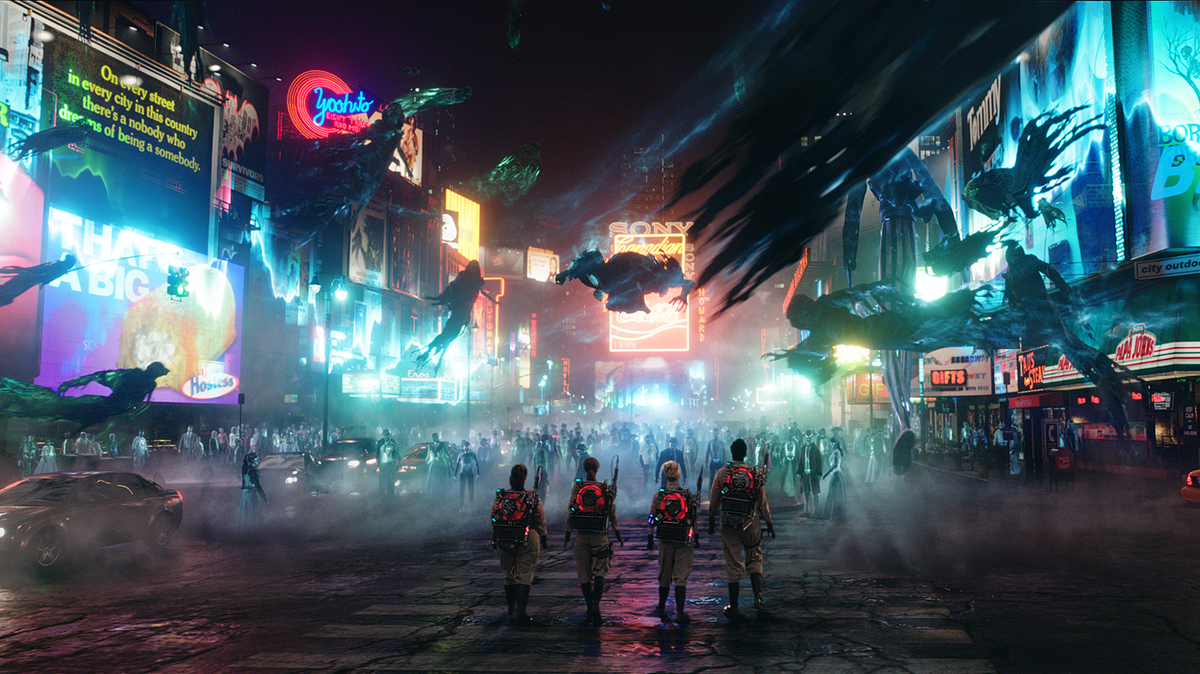 When you're making a movie that straddles the line between horror and comedy, and you need a musical score that makes it somehow both scarier and funnier, who you gonna call? In the case of this year's Ghostbusters reboot, that would be composer Theodore Shapiro.

Shapiro has scored nearly 50 comedy films over the past 20 years, and most of them with a straight face. "My instincts as a composer are towards doing things that are serious," he says. "So I'm always wanting to write something that's satisfying on an emotional level."

Whether he's working with the war-ravaged jungles of Tropic Thunder, the athletic glory of Dodgeball or the sultry espionage in Spy, Shapiro says that when he scores a comedy, he wants to make viewers care the way they would with a drama.

"I feel like comedies often work best when the audience is just simply invested in those movies as stories," he says. "You know, even in broader comedies, like Dodgeball. When we played those dodgeball sequences as very, very serious sports sequences ... people became emotionally invested in the story."

Serious music can make the comedy funnier. "You don't want to underscore the comedy, but you want to be able to work towards it or to go against it, or to amplify it by not pointing it out," says director Paul Feig, who worked with Shapiro on 2015's Spy and again on the new Ghostbusters movie.

"I find the only way to make things funny is to put funny people in real situations," Feig says. "Because of that, it's very hard to then kind of put a funny score onto it. It's the difference between somebody telling you a story that's funny, and they just go, 'Oh, the weirdest thing happened to me,' and they tell the story, and you crack up. Versus if they go,'I got to tell you the funniest story!' Then immediately you're kind of back on your heels going, 'All right, this better be funny.'"

Feig and Shapiro aren't the first people to figure this trick out. In fact, they both blurted out the same name when asked about their inspiration: the late Elmer Bernstein, who scored the original Ghostbusters in 1984, in addition to composing the music for To Kill A Mockingbird, The Magnificent Seven and many others. With scores for comedies like Airplane! and Animal House, Bernstein showed how dramatic music can accentuate the laughs.

Charles Fox, another veteran composer, says Bernstein's genius was in playing against scene. "The opposite would be to try to do some kind of silly music, or what they used to call 'comedic music,'" he says. "Directors would come to me sometimes and say, 'This scene is not too funny. Can you make it funnier?' You can't make a scene that's not funny funny. But you can support the scene with ambience, with coloration. You can give it a mood, you can give it a tempo."

For the new Ghostbusters movie, Shapiro took the Bernstein approach and scored it like a gothic horror film, with church organ and full choir. "I let the horror amp up the tension, but then I leave space where there's a comedic moment so that that can breathe," he says. "And so that the horror can't step on the comedy, but neither am I doing something musically that's winking at the comedy."

Shapiro says that if you're going to do this, you can't do it halfway. "If you get to one place and then you say, 'Well, let's just do something really silly here so we can play the comedy and give the audience permission to laugh'... It only really takes one or two moments of breaking the spell to ruin the atmosphere that you're creating," he says.

In the end, this juxtaposition of laughter and serious music provides a release that we all need, Feig says. "Any tense situation a human being is in, no matter how tense, somebody will try to make a joke or try to say something light, because the human condition can't handle things that are so crazy serious," he says. "You need some kind of relief. And music like [Shapiro's] helps do that. It keeps the seriousness of the situation going, and then allows you to go, 'Oh, thank God.'"