Accessibility links
Citizens United Muddles What Is Legal In Trump's Foreign Money Case It's illegal for candidates to ask for money from non-citizens, which watchdog groups say Trump has done. But what's legal has been clouded by the 2010 Supreme Court ruling known as Citizens United. 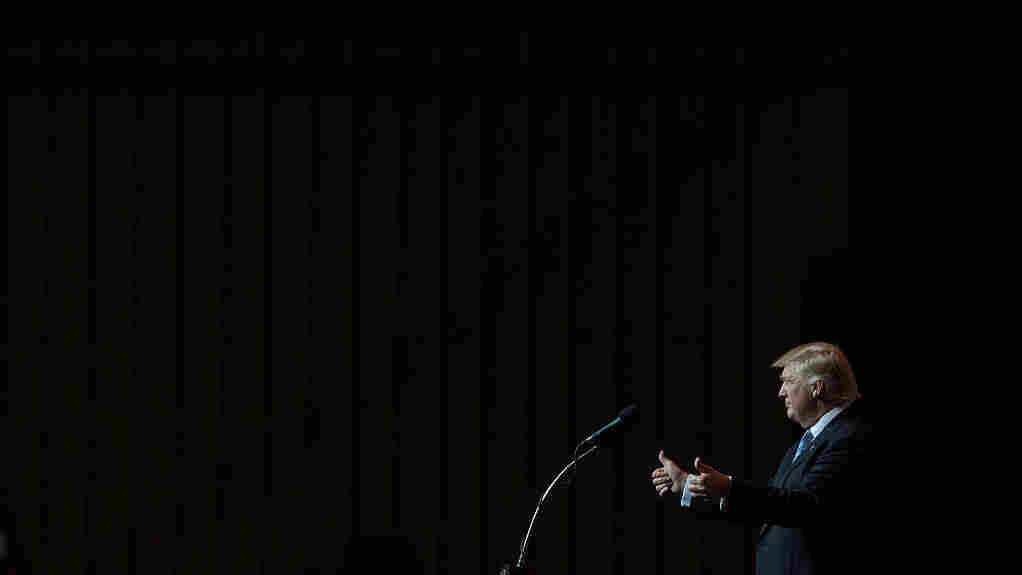 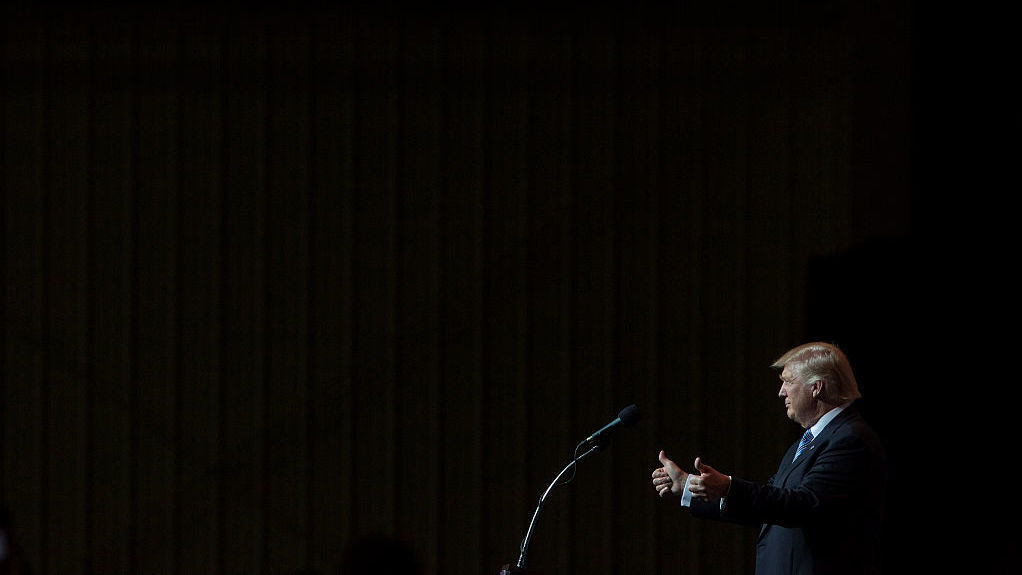 "Mr. Speaker, members of Parliament are being bombarded with electronic communications from Team Trump, on behalf of somebody called Donald Trump."

Sir Roger Gale, MP, was among the hundreds of legislators, from the United Kingdom to Iceland to Australia, whose inboxes had received unwanted fundraising emails from the Trump campaign.

Gale continued: "Mr. Speaker, I'm all in favor of free speech, but I don't see why colleagues on either side of the house should be subjected to intemperate spam." He asked if the House of Commons IT staff could please make it stop.

Speaker John Bercow sympathized, saying he didn't consider it acceptable for members to be getting "emails of which the content is offensive."

Under federal law, it's illegal for candidates to solicit or accept contributions from non-citizens. The only exception is for green-card holders. But that bright-line definition of what's legal is clouded by changes in the law, in particular the 2010 Supreme Court ruling known as Citizens United.

It's a far cry from from 20 years ago, when allegations of foreign money shook President Bill Clinton's re-election campaign. The Democratic National Committee had been aggressively raising money for "issue ads" against Republican nominee Bob Dole. The Clintons even had donors and prospective donors to the White House, for coffee or for overnight stays in the Lincoln Bedroom.

Some of the DNC's fundraisers had gone too far, both geographically and legally. Johnny Chung, a Taiwanese born American businessman, told a House committee of dining, in China, with a Chinese aerospace executive and the head of intelligence for the People's Liberation Army.

As Chung recounted it, the intelligence official said, "I like your president very much. We would like to see him re-elect[ed]. I will give you $300,000 US. You can give it to the president and the Democrat party."

Chung said he never passed that money along to the Democrats. Like several other fundraisers, Chung was prosecuted and pleaded guilty to tax violations. The scandal continued to unfold and hurt Clinton's vice president, Al Gore, when he ran for president in 2000.

One of my colleagues actually asked me... So did you invite any pro-foreign money speakers? And I said, Are there any? I don't know anybody who advocates, Yeah, what we need in our elections is more foreign money.

FEC Democratic Commissioner Ellen Weintraub, at a conference on the intersection of corporations and foreign-money ban

The problem of foreign money has morphed since the '90s. It's no longer about blocking such contributions, but rather about finding out if they exist.

The Citizens United decision gives corporations and tax-exempt groups (which are also incorporated) more latitude to engage in politics, and to move political money through secret channels.

At the FEC, Democratic commissioner Ellen Weintraub held a conference on the intersection of corporations and the foreign-money ban.

She told the conference audience, "One of my colleagues actually asked me when I was walking around with the agenda, saying, So did you invite any pro-foreign money speakers? And I said, Are there any? I don't know anybody who advocates, Yeah, what we need in our elections is more foreign money."

But on Capitol Hill, Republicans don't want greater disclosure. The House voted last month to reduce the prospects of disclosure by tax-exempt groups. During the floor debate, Rep. Steve Stivers (R-Ohio) said, "To argue that this information that's not allowed to be made public is somehow going to lead into a flood of foreign money is nonsense."

Outside-the-beltway conservatives may have more concern about foreign money.

John Pudner, executive director of an Alabama-based campaign-finance reform group called Take Back Our Republic, said the political money system creates winners and losers in government spending decisions. He said, "If you start letting foreign entities put money in and basically get taxpayer benefits out of it, that would seem to me the worst of all scenarios."