Accessibility links
Donald Trump And Loretta Lynch Weighed In After A Deadly Shooting In Baton Rouge Donald Trump blasted President Obama on Twitter and Facebook, saying he has "no clue" how to deal with a country that is a "divided crime scene."

'Our Enemies Are Watching Us': Trump, Clinton Respond To Baton Rouge Shooting

'Our Enemies Are Watching Us': Trump, Clinton Respond To Baton Rouge Shooting 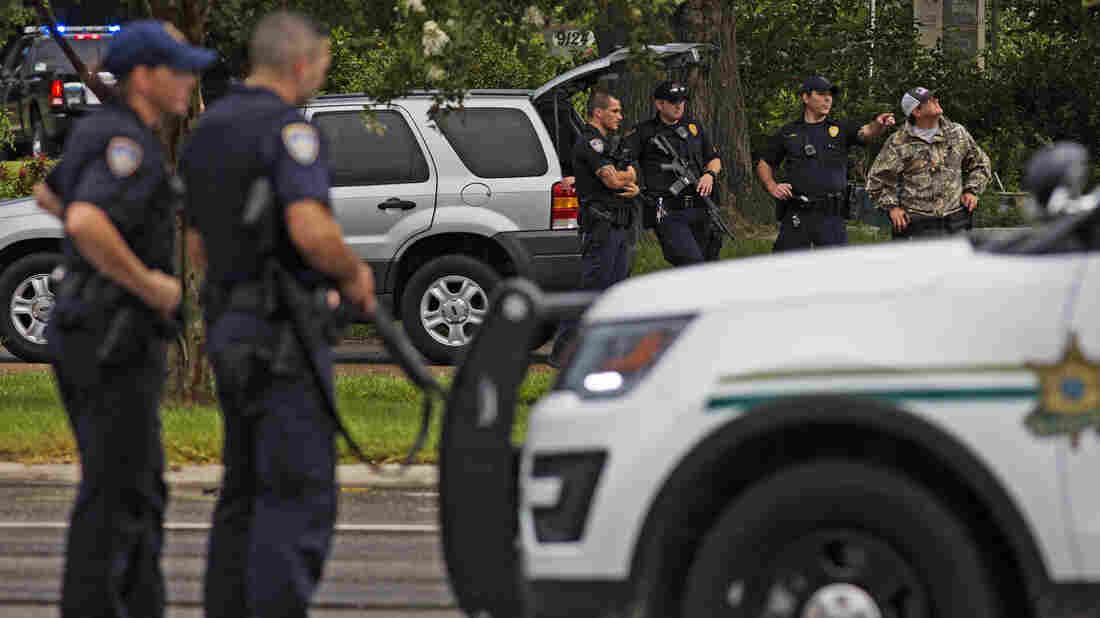 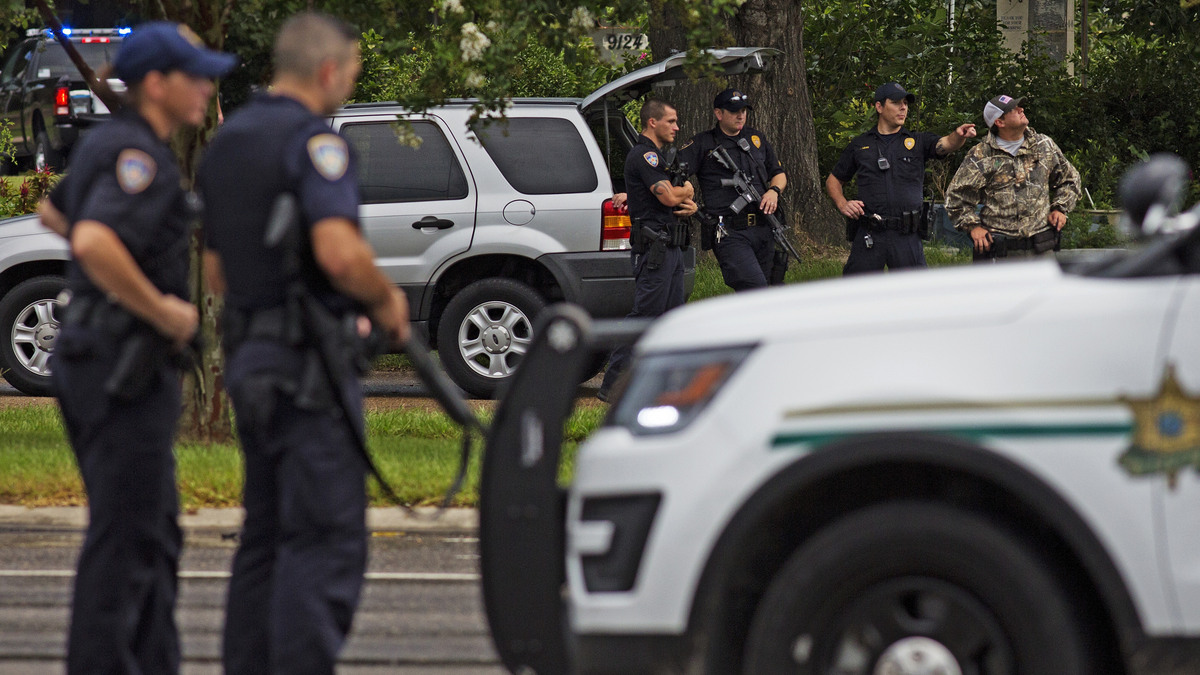 Following the shooting death of three law enforcement officers Sunday in Baton Rouge, presumptive Republican nominee Donald Trump blasted President Obama on Twitter and Facebook, saying he has "no clue" how to deal with a country that is a "divided crime scene."

President Obama just had a news conference, but he doesn't have a clue. Our country is a divided crime scene, and it will only get worse!

Sunday's shooting follows a deadly officer shooting in Dallas and the death of Alton Sterling, a black man in Baton Rouge, earlier this month.

In repeated comments posted on social media, Trump said the country is "divided" and that America's enemies, and the world, are watching:

We are TRYING to fight ISIS, and now our own people are killing our police. Our country is divided and out of control. The world is watching

Trump posted the comments before and after President Obama made remarks about the shooting.

Meanwhie, presumptive Democratic nominee Hillary Clinton called the shooting "devastating" and "an assault on all of us."

"There is no justification for violence, for hate, for attacks on men and women who put their lives on the line every day in service of our families and communities," she said.

Attorney General Loretta Lynch spoke earlier in the day, offering condolences to the families of the victims. She also called for more trust between communities and law enforcement:

"Americans across the county are feeling a sense of helplessness, of uncertainty and of fear. These feelings are understandable and they are justified. But the answer must not be violence. The answer is never violence.

Rather, the answer must be action: calm, peaceful, collaborative and determined action. We must continue working to build trust between communities and law enforcement. We must continue working to guarantee every person in this country equal justice under the law. We must take a hard look at the ease with which wrongdoers can get their hands on deadly weapons and the frequency with which they use them. We must reflect on the kind of country we want to build and the kind of society we want to pass on to our children. We must reject the easy impulses of bitterness and rancor and embrace the difficult work of finding a path forward together. Above all, we must remind ourselves that we are all Americans – and that, as Americans, we share not just a common land, but a common life. Those we have lost this week have come from different neighborhoods and backgrounds – but today, they are mourned by officers and residents, by family and friends – by men and women and children who loved them, who needed them and who will miss them always. They are mourned by all of us."