Accessibility links
Book Review: 'This Must Be The Place,' By Maggie O'Farrell Maggie O'Farrell's novel jumps among multiple storylines, points of view, times and places to tell the story of an American professor who meets a reclusive French actress on a lonely Irish road.

Complex Stories Snap Together In 'This Must Be The Place'

Complex Stories Snap Together In 'This Must Be The Place' 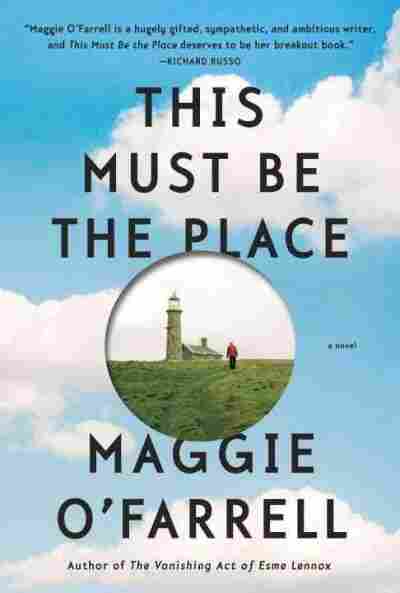 This Must Be the Place

Title
This Must Be the Place
Author
Maggie O'Farrell

Maggie O'Farrell writes novels in which you can happily lose yourself. She is fascinated by women who refuse to conform, by the secrets withheld even from our nearest and dearest, and by the unpredictable, serendipitous nature of life, the way a chance encounter can change everything and come to feel inevitable. Her lushly emotional books are filled with strong characters and unexpected convergences and revelations that unfurl across decades and continents.

While the myriad pieces of O'Farrell's complex narratives ultimately snap into place as satisfyingly as a completed jigsaw puzzle, there is nothing pat or predictable about them. In her 2010 Costa Prize winner, The Hand That First Held Mine, separate plot lines about two fiercely independent, unmarried mothers set nearly 50 years apart gradually dovetail to reveal a painful, long-suppressed family secret. More recently, Instructions for a Heatwave, her first book set partially in Ireland, offered a kaleidoscopic view of a family that comes together in crisis over four scorching July days in 1976.

The love story at the center of This Must Be The Place, her seventh novel, features a typically improbable start. Daniel Sullivan, an American professor of linguistics who is reeling from a toxic divorce in which he has lost access to his two children, has come to Ireland to retrieve his grandfather's long-forgotten ashes. The sight of a young boy crouched alone on the side of a remote road in County Donegal triggers his concern, as does the boy's severe stutter. After Daniel offers some kindly elocutionary tips, the boy leads him to his mother, hidden around several bends on a track behind them, where she is struggling to change a flat tire.

A Family's Secrets And Sorrows Surface In 'Heatwave'

To say that this tall, blonde "bony Botticelli" is initially guarded is putting it mildly. It takes Daniel a while to realize who she is and why she is so ferociously protective of her privacy. I'm giving away nothing that isn't revealed in the first chapter (and the jacket copy!) when I tell you that against all odds, he has stumbled upon the famous French-English actress Claudette Wells, who scandalously disappeared without a trace a few years earlier.

To explain how these two wounded souls have come to land in a remote corner of Donegal, and what happens to them afterward, This Must Be The Place jumps between multiple storylines, points of view and time frames in 28 globetrotting chapters. The result is an intensely absorbing saga about two flawed yet deeply sympathetic people haunted by past missteps, which eventually threaten to destroy their present.

Much like Shirley Hazzard's 1980 masterpiece, The Transit of Venus, O'Farrell often drops hints about what will befall her characters, heightening the sense that they are on a collision course with fate. Several sentences begin with a variant of "He/She doesn't know it at the time, but ..." Yet despite the sometimes shocking time bombs and invocations of fate, we're never in doubt about who's in charge of the narrative.

And even when O'Farrell flexes her authorial omniscience to tip us off about what will happen, we read avidly to discover the how and why — which she tends to reveal obliquely, always showing and rarely telling.

... even when O'Farrell flexes her authorial omniscience to tip us off about what will happen, we read avidly to discover the how and why — which she tends to reveal obliquely, always showing and rarely telling.

We learn, for example, that Daniel, grief-stricken over circumstances I'll leave for the reader to discover, has survived the most drastic of the three meltdowns that punctuate his story by the fact that he turns up a year later on an excursion to a salt desert in the Bolivian Altiplano. Similarly, we learn everything we need to know about what's become of Claudette's erstwhile philandering Swedish director and partner in a touchy, defensive interview with a pushy London reporter who tracks him down to his summer cottage in Dalsland in 2014.

Many of the time jumps, transporting us without warning to new locales and seemingly extraneous points of view — including disturbing scenes at a London abortion clinic in 1986 and the set of a film in India in 1996 — are initially disorienting but ultimately satisfying. O'Farrell does not coddle her readers; she's not afraid to baffle us with the introduction of new characters late in her novel. Nor is she afraid to flirt with sentimentality by featuring some of the best parents and closest, most supportive siblings in recent literature.

Readers may question the attraction of skittish, demanding Claudette, whose "default setting is overreaction and outrage," or the plausibility of staying undercover for so long without changing her name. But few will quibble with O'Farrell's heartwarming belief in the power of forgiveness and the irreplaceable "redemption there is in being loved."