Accessibility links
Comic Mike Birbiglia On His Best Failure, The 3 Rules Of Improv And 'Don't Think Twice' Birbiglia says the failure of his sitcom pilot is the best thing that could have happened to him, artistically. His new film, Don't Think Twice, tells the story of an improv comedy group. 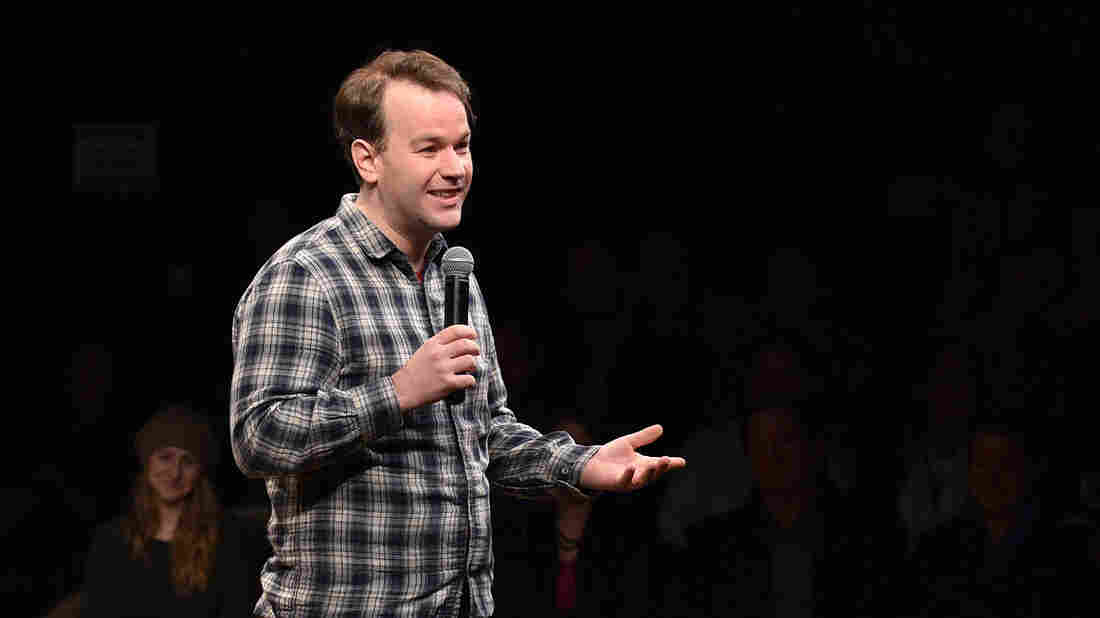 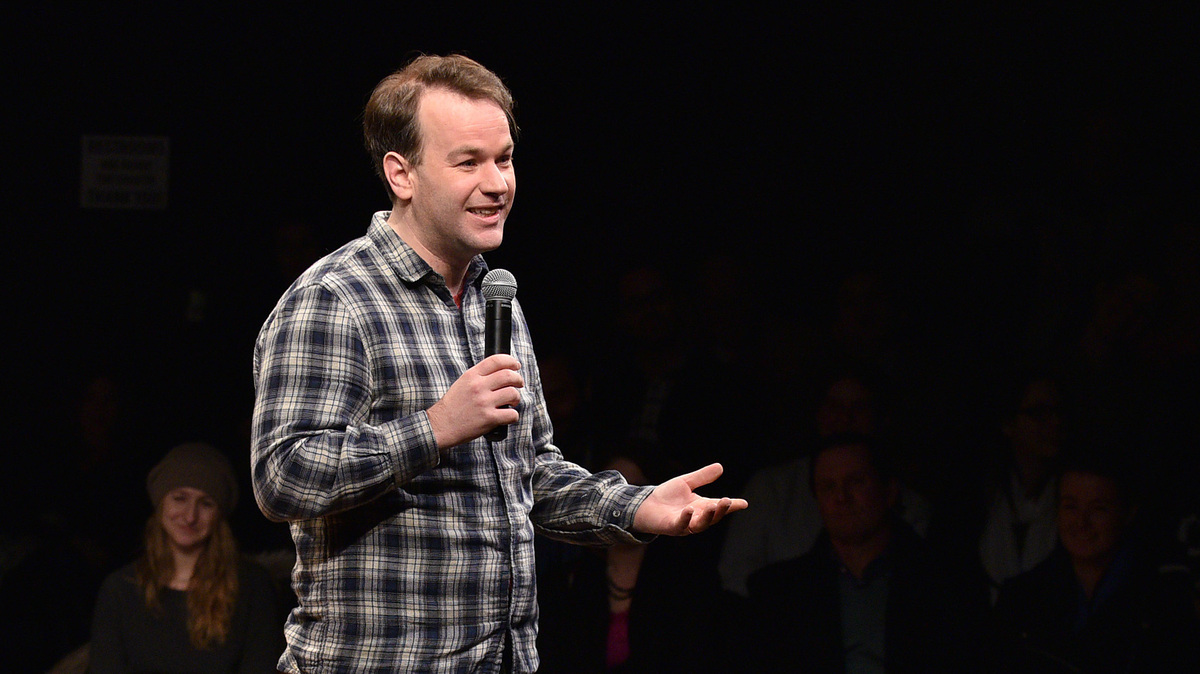 Mike Birbiglia says his new film, Don't Think Twice, is like a "Big Chill-type comedy set in the world of an improv theater."

Comic Mike Birbiglia's new film, Don't Think Twice, was inspired by an observation his wife made when she attended one of his improv shows.

Don't Think Twice tells the story of an improv comedy group that is splintered when one member gets a job on a popular TV sketch comedy show, and the other members feel like failures by comparison.

Birbiglia's first feature film, Sleepwalk With Me, came out in 2012 and was based on an autobiographical story that the comic told on This American Life.

On how the failure of his sitcom pilot affected his career

There's a way in which, when I look back in my 20s, I'm embarrassed because I was, I think, kind of sprawling in every direction looking for any kind of success at all: I'll audition for commercials; I'll audition for voice-overs; I'll audition for movies or TV shows or anything! And I was kind of cast in nothing. Where that crescendoed was when I was about 30 years old, it was 2008, I got my own sitcom pilot with CBS based on my life. I couldn't believe it. Bob Odenkirk played my brother and Nick Kroll played my cousin, Frances Conroy played my mom. It was like a dream come true. I thought, "Oh, this is it. I've made it" in this certain way. And when it didn't get picked up to air, I was crushed.

In that space of time where my calendar was empty, I decided: Why don't I go and kind of double down on my own projects? I had been working on Sleepwalk With Me, the one-person show, for seven years as sort of a side project. And I was like: Why don't I produce that with the level of production that these networks and studios bring to their movies and TV shows? So that's when I mounted Sleepwalk With Me off-Broadway. Since then, I've made three off-Broadway shows and directed two movies, and I feel actually so happy for that failure. I feel like that sitcom not being picked up is financially the worst thing that ever happened in my life, and artistically the best.

The rules of improv, I believe, are so profound because they apply to almost any kind of collaboration. ... No. 1: Say yes. Two: It's all about the group. And three: Don't think.

In retrospect, when I look back on directing Sleepwalk With Me, I didn't know how to direct a movie. There's no way to teach someone how to direct a movie. You can go to film school, you can direct a short, but to direct a feature film, it's like waiting tables for the first time — you have to sort of lie and say that you've waited tables before. Which of course leads to a lot of incompetent waiters who are liars. But directors are like that, too. You really don't know what you're doing, and I think in a lot of ways these ideas [of improv], these principles, are what got me through — this idea of, like, listen to people more than you talk. ... I don't know anything about costume design, but I hired someone whose work I admire and then I listened to her when she made recommendations. ... I think those are just really good rules for collaboration. 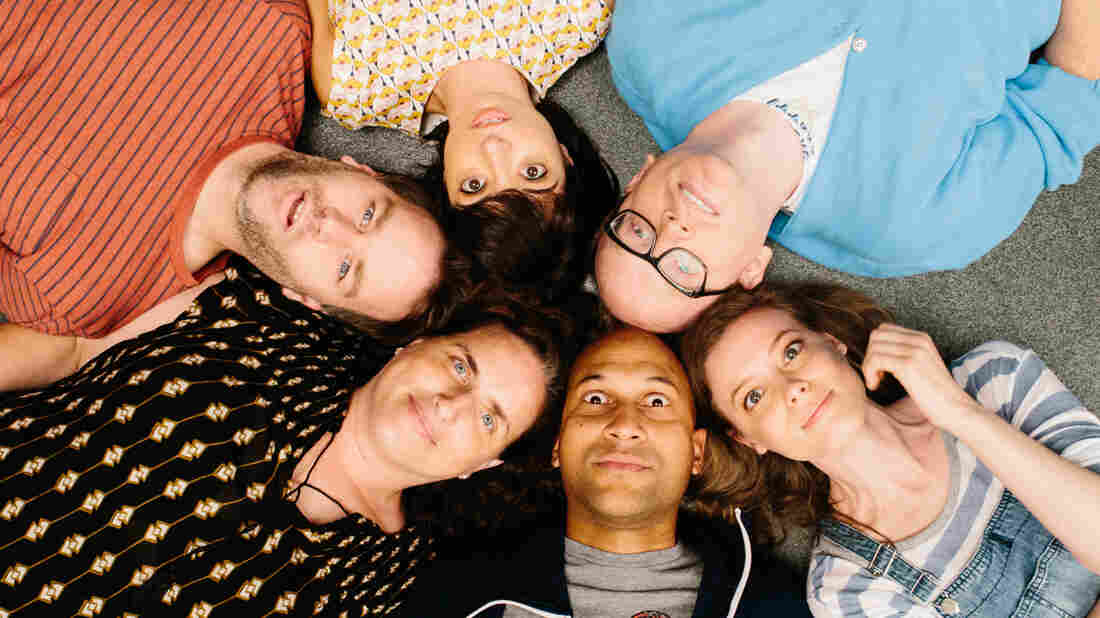 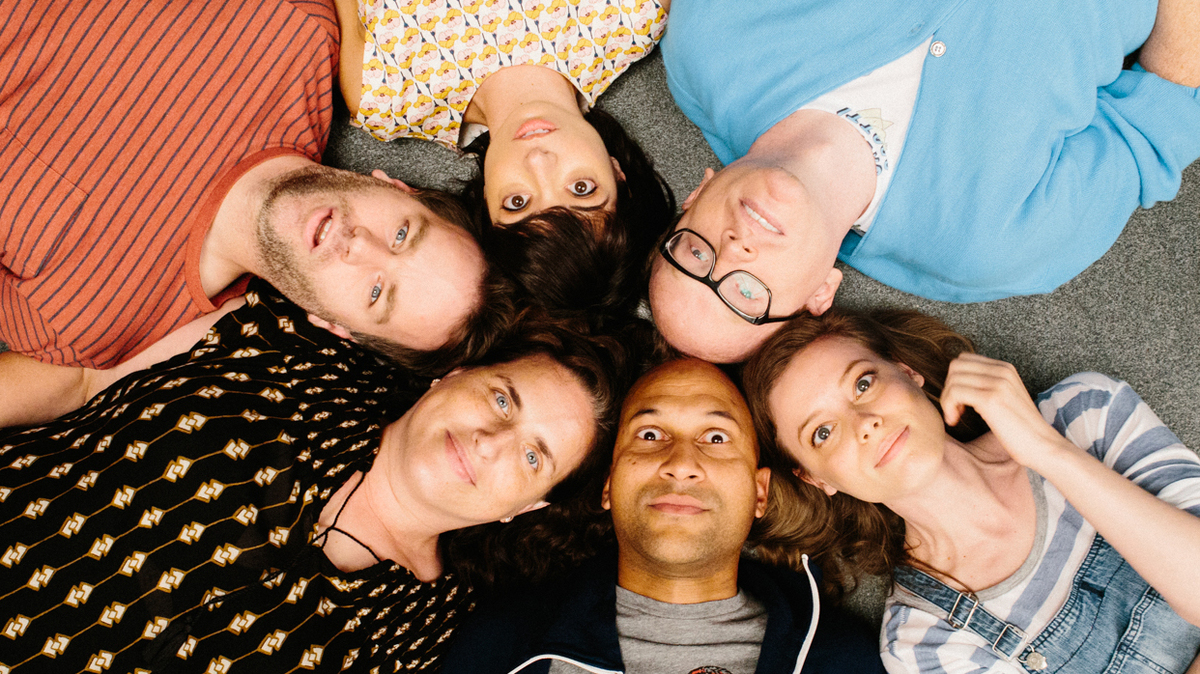 On the process of writing Don't Think Twice

I was procrastinating. I had the movie in my head, but I wasn't writing it. But I noticed this trend in my life, which was that I was showing up to lunch meetings or business meetings, but I wasn't showing up to meet myself. So I wrote a note next to my bed — this is so corny, but I wrote, "Mike! You have an appointment at Café Pedlar at 7 a.m. with your mind!" It's so corny, and I would show up! I never didn't show up, and I wrote this movie [in] spurts of essentially three hours, like I'd write from 7 a.m. to 10 a.m., and the reason why I would do that is because I was essentially barely awake. Because I feel like that moment, at 7 to 10 a.m., you're not afraid of the world yet.

I can't watch it anymore because I get too choked up. It's very emotional for me, much more so than Sleepwalk With Me. Sleepwalk With Me ... never got to me in the way that [Don't Think Twice] does, because it's really these six characters that Keegan[-Michael Key] and Gillian [Jacobs] and Kate [Micucci] and Tami [Sagher] and Chris [Gethard] and I play. They're not me — they're these people who I believe exist. And I cry every time. I mean, I have nothing against crying, I just don't want to do it every day. I feel like once a week is fine, but if it becomes every day, after a while people are like, "Mike, what's going on with you?"

In the wake of that accident — it turned out to be a drunk driver, and I assumed that that driver would pay for my car, but it wasn't that. It was the opposite. Somehow in the paperwork and the police work or whatever, I was made to pay for the other driver's car. The unfairness of it really spun me out. I ended up in this crazy — I mean, I got a subscription on NetDetective.com, where I'm looking up the other driver's name and I considered calling him at one point, directly, being like, "This is insane!" And there's lawyers involved, and it really spun me out, and at a certain point I realized that this is not going to resolve.

My now-wife, Jenny, who is much more calm and wise than I am, said, "I think you should give up the case and pay for the guy's car." And I said, "Why?" And she said, "I'm just so glad you're alive and I think we should focus on that." ...

I gave up the case and I paid for his car, and then a few months later we went to city hall and got married. And I still don't believe in the idea of marriage, but I believe in her, and I've given up on the idea of being right.