Accessibility links
Book Review: 'Monterey Bay,' By Lindsay Hatton Lindsay Hatton makes a bold move in her new novel: She lifts a character from John Steinbeck's 1945 classic Cannery Row -- and then the author himself — for a tale of thwarted romance by the sea.

Steinbeck Is An Influence — And A Character — In 'Monterey Bay'

Steinbeck Is An Influence — And A Character — In 'Monterey Bay' 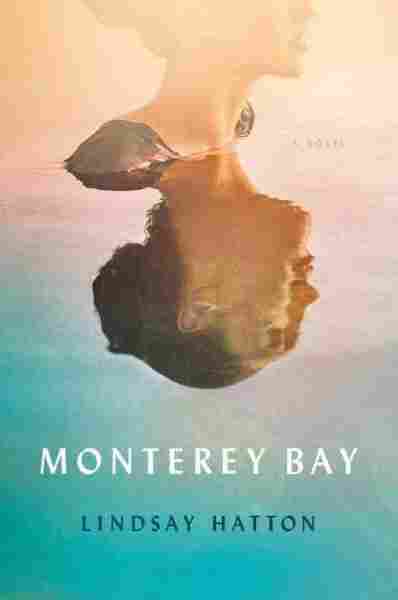 Lindsay Hatton's novel Monterey Bay bobs somewhat awkwardly in the wake of John Steinbeck's 1945 classic, Cannery Row. In Hatton's tale, a boyishly attired 15-year-old named Margot Fiske works as a helpmeet for her father, an eccentric entrepreneur, in the scenic enclave "that splits the difference between Monterey and Pacific Grove" on California's coast. Margot, smart, artistic, a linguistic prodigy, longs to grow up: "She wasn't a beauty queen," Hatton writes, "but with the possible exception of her height, she wasn't a sideshow freak either." The odd characters Margot meets and the situations in which she finds herself make for a tasty stew of people, fish and romance.

Apart from Margot, Monterey Bay's central character is Ed Ricketts, the bearded marine biologist who keeps an experimental lab in the village. Ed Ricketts is the name of the real-life hero of Cannery Row, called "Doc" by Steinbeck. It's an audacious ploy for a neophyte novelist, to share a character, or hijack one, from an eminence like Steinbeck, who practically wrote the book on colorful characters. The result is decidedly uneven. Ricketts, Hatton writes, has "a bizarre yet compelling intellect, one that seemed to both reek and glow." Compare the master's simpler, but more deft approach: "Doc tips his hat to dogs as he drives by and the dogs look up and smile at him."

Margot quite literally falls in love with Ricketts, when on a collecting expedition among the rocky tide pools she trips and cuts her forehead. This requires the charismatic biologist to stitch her up, with only ethyl alcohol and "very expensive tequila" to ease the pain. Then the teenager and the much older doctor consummate their infatuation to the strains of Bach. For most of the book, Margot alternates between executing precociously brilliant sketches of marine life for Ricketts and calculating how to re-enact their physical congress. In other words, like many an adolescent, she swoons. (This May-December gulf goes largely without comment.)

The best thing about Monterey Bay, perhaps, is that it sent me back to Steinbeck's magnificent Cannery Row.

In Hatton's telling, Steinbeck, the author, acts as nemesis to Margot and her dreams of love. Continually bellyaching as he stalks his friend Rickett's lab, he is at the point in his career when Hollywood has just produced The Grapes of Wrath, based on his best-selling Pulitzer Prize-winning novel of 1939: " 'Do you have any idea how terrible it is?' he says. 'To have created something people care about? To get rich on account of it? We used to make fun of people like me but, my God, how times have changed. These days, I'm little more than a bank account.' "

But Steinbeck's career woes are just a small part of Hatton's story. A strength of Hatton's approach is her delicate yet dramatic descriptions of sea creatures, most of which few readers will have encountered. Kelp crabs and leopard sharks, sea squirts and Humboldt squid fill these pages, as young Margot learns about ocean life and then, much later, when we see 73-year-old Margot running the aquarium she founded in an old canning factory.

Local color bleeds through on every page. We see the residents of the failing Cannery Row district heading down to the "rattling" sardine-packing factories in the night. Workers fight and women howl with laughter. Overall, a mood of thwarted love reigns. That's why the sea is salty, goes the old saying, because so many tears have been cried into it. A bizarre party highlights the proceedings, portrayed as real but so bizarre as to come off as a dream (or nightmare), complete with a hobo reading an upside down volume of Hegel, a woman wearing sardine netting as a dress, and beefsteaks hurled through the air.

The real-life Steinbeck would not publish Cannery Row until 1945, but he was conducting informal research for it in 1940, when Hatton's narrative takes place, so the dual narratives overlap. Cannery Row, Steinbeck writes in the book's celebrated opening lines, is "a poem, a stink, a grating noise, a quality of light, a tone, a habit, a nostalgia, a dream." The best thing about Monterey Bay, perhaps, is that it sent me back to Steinbeck's magnificent Cannery Row.

The true grounding for Hatton's novel comes not from imagistic frou-frou, nor from fanciful meta literary strategies, but from the author's experiences growing up in Monterey Bay herself, during which time she worked long hours at the Monterey Bay Aquarium. You feel she knows her stuff, and there's poetry in it.