Accessibility links
Remembering Garry Marshall, For Whom We Stayed Up Past 8 O'Clock Garry Marshall was the creator of Happy Days and the director of Pretty Woman and The Flamingo Kid. We look at his long career as a producer, director, writer and actor. 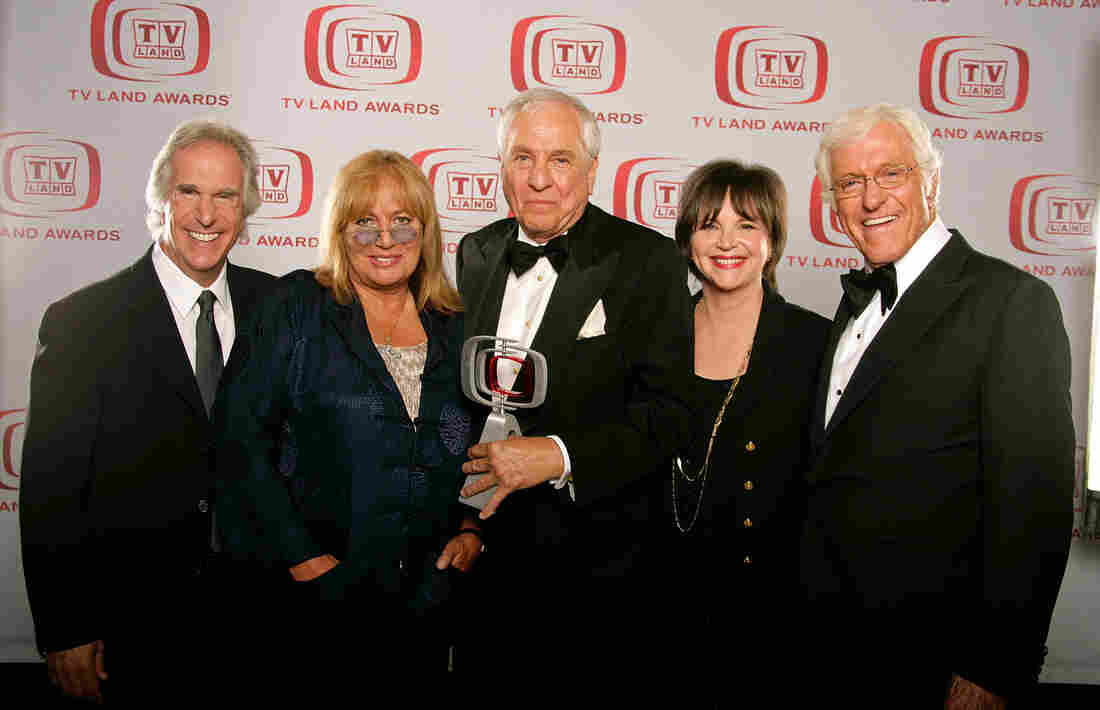 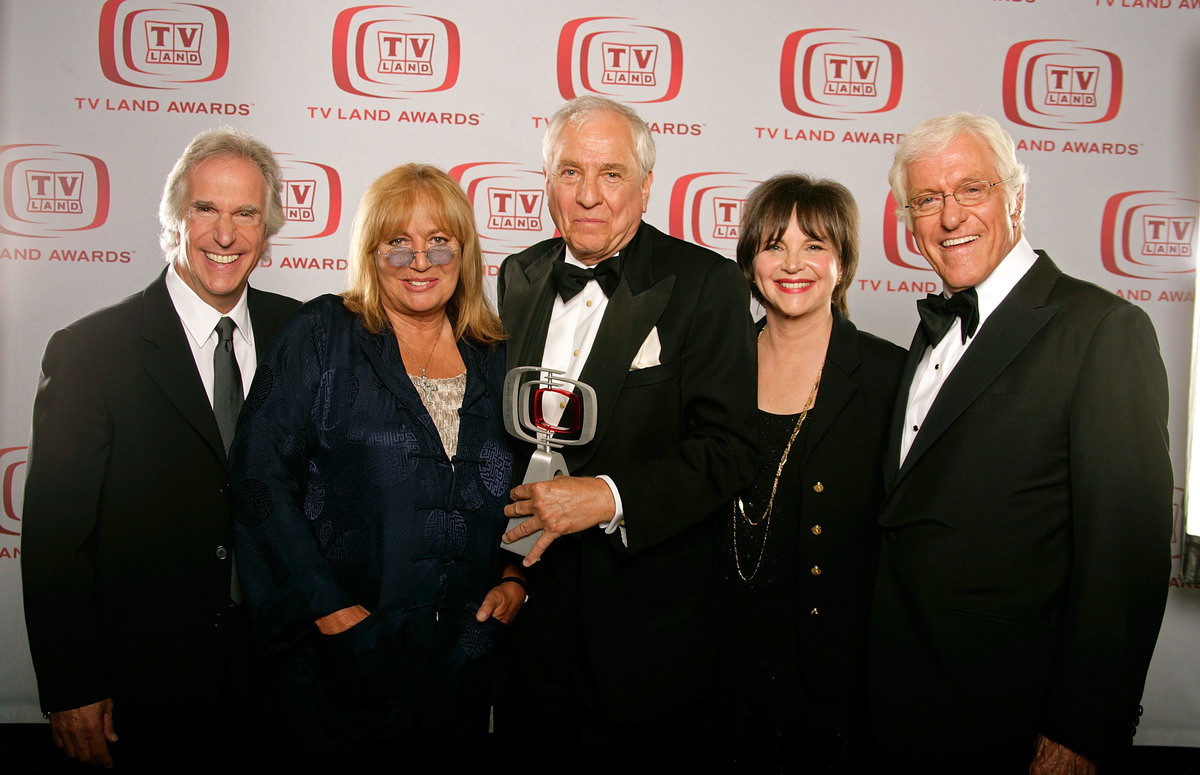 I suspect I was about eight years old at the time I'm remembering. I had to go to bed at 8:00 on school nights, except that one night a week, I could stay up until 8:30. I got to pick the night, and I generally picked Tuesdays, because that's when Happy Days was on.

If you'd asked me yesterday what my first favorite TV show was, I'd probably have tried to think of the first favorite TV show that defined what became my adult tastes, like Moonlighting or Cheers. But in reality, other than cartoons, it was, by definition, Happy Days — literally my first appointment television. And it was created by prolific producer-writer-actor-director Garry Marshall, who died Wednesday at 81.

Most recently, the idea of a Garry Marshall project has referred to a trio of holiday-themed movies with lots of stars and little respect: Valentine's Day, New Year's Eve, Mother's Day. But his actual legacy is long, rich and varied. He wrote for The Dick Van Dyke Show. He co-created The Odd Couple for television, and Happy Days and Laverne & Shirley and Mork & Mindy. He directed not just those holiday movies but also Pretty Woman and Beaches and The Princess Diaries and The Flamingo Kid. They're not all great art, but they've all got a lot of people who, finding them on television unexpectedly, will stop looking for alternatives.

Looking over his credits is one of those "and also!" experiences. For example: And also, Garry Marshall directed Overboard! Overboard, from 1987, where Goldie Hawn plays a mean, selfish rich woman who falls off a boat and gets amnesia and is scooped up by a struggling single dad who dupes her into believing she's his wife so he'll have someone to help raise his kids, and then they fall in love, and ... well, it's very problematic (see also: Pretty Woman) but it's so charming. I honestly believe you could knit a sweater for every man, woman and child on earth if you could harness the weekend afternoon hours that people have spent watching Overboard on cable.

This is the Garry Marshall legacy, really: making things people like, things that stick in the memory, even if they're not deluged with awards. He was a leading figure in an idea we once had that the primary function of television comedies was to make you happy, to make you laugh. It was a simple thing: situation plus comedy. Lessons were simple and straightforward — be good, be kind, be honest. Families hugged a lot; friends stood up for each other. Norman Lear was more political, to be sure, but Marshall made warm, grounded shows where bullies were vanquished and toughs had hearts of gold and parents always gave great advice.

I was surprised to find this morning that I could instantly and easily call to mind my very favorite episode of Happy Days, which is called "A.K.A. The Fonz." In it, the hated Officer Kirk becomes sheriff of Milwaukee and has nothing better to do than harass Fonzie relentlessly, trying to drive him out of town. In the end, all his friends come together in solidarity, coming up with an apparently limitless supply of leather jackets so they can all march into the diner to confront the officer, announcing that if you run one "hoodlum" out of town, there will only be more just like him. And in the end, Kirk can only surrender, because one man cannot fight a whole town of people who are willing to stand up to him. For some reason, it's Richie Cunningham's parents, Marion and Howard, showing up in leather jackets that always makes me pump my fist. Those are good people; it's a very Marshall moment.

He was aces as an actor, too. In just the last few years, he's been on a bunch of shows — among them Louie and Brooklyn Nine-Nine and Two And A Half Men and Hot In Cleveland. He's done voices on BoJack Horseman and The Simpsons. I must confess a soft spot, though, for his long-running role on Murphy Brown as Stan Lansing, the bloviating network executive. Marshall was able to make Lansing both an understandably exasperated boss and a stand-in for every suit who's ever driven anyone crazy; he was management as prickly frenemy, entering and exiting on barks of frustration.

In lots of ways, Garry Marshall was the one of the popular entertainment champions of my lifetime. He was involved with TV shows I watched in the '70s and movies I watched in the '90s, and even in the last months of his life, he was popping up in projects I admire. It was a remarkable run.