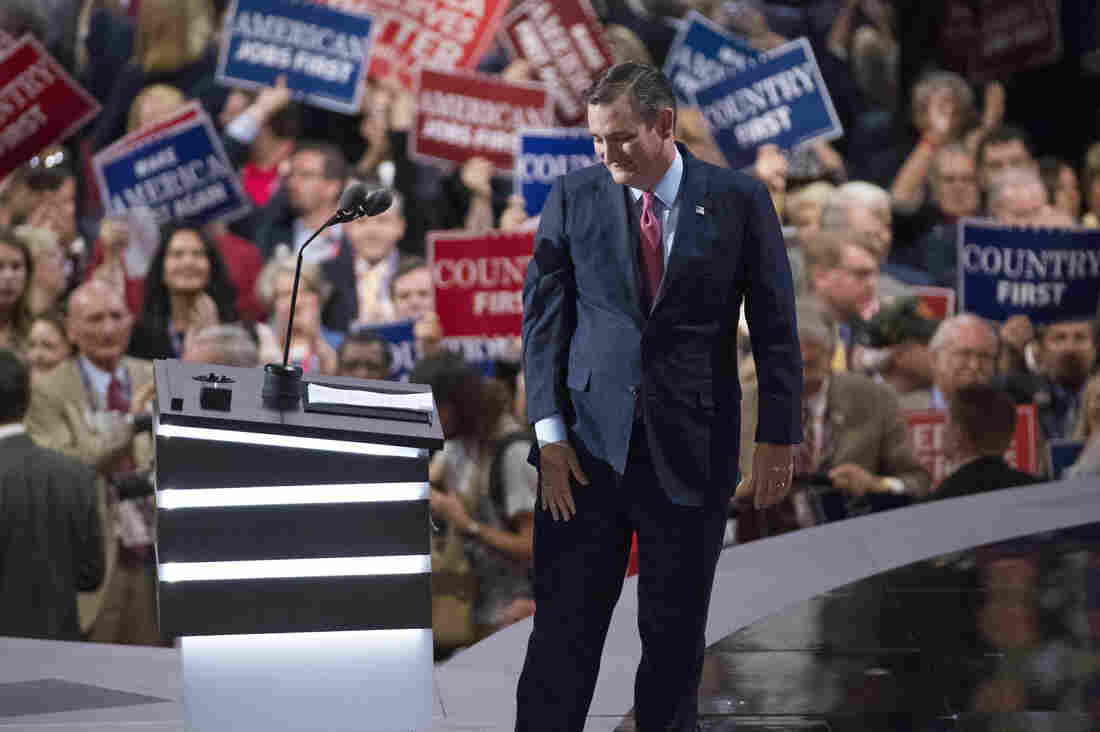 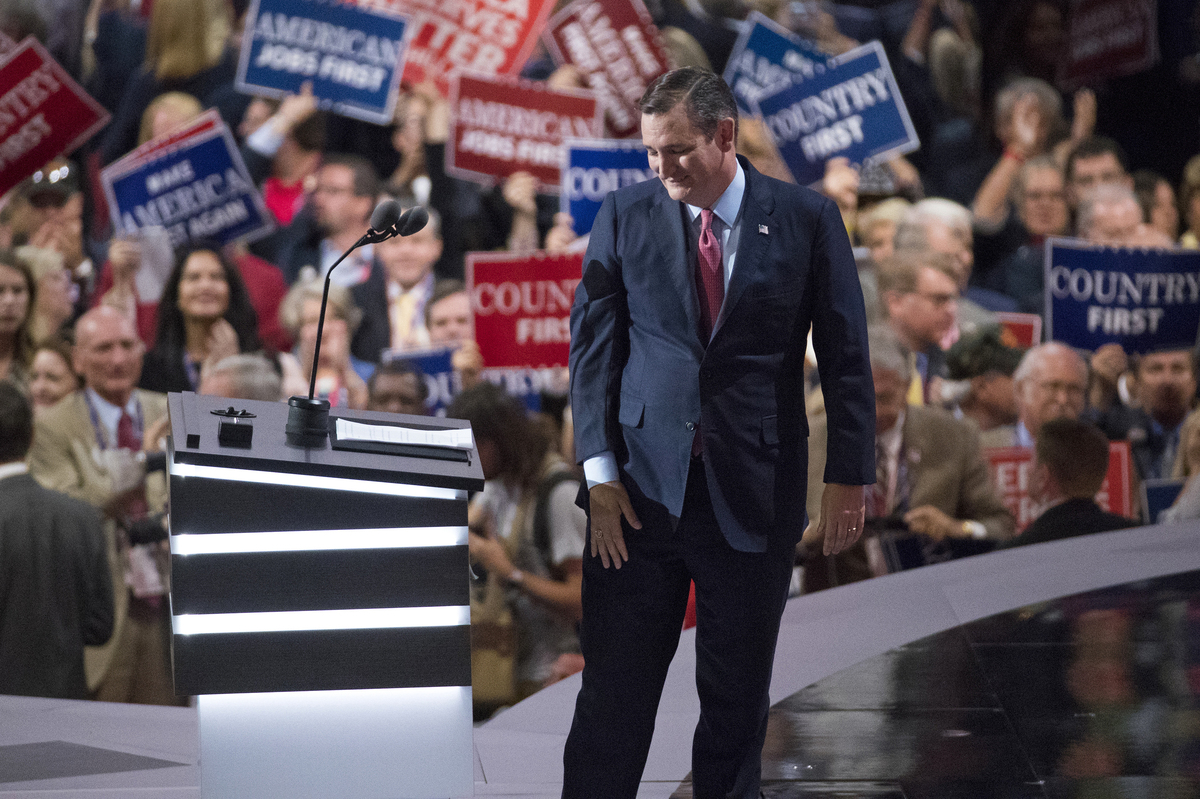 Sen. Ted Cruz leaves the stage after speaking during the Republican National Convention on Wednesday.

For all those who view the nominating conventions of the major parties as overly scripted, predictable and boring, Wednesday night's session of the Republican National Convention came as a jolt.

The third night of this extravaganza had all the usual hoopla — plus a blackout on the jumbo screens, delegates screaming at each other, and a major presidential candidate getting booed off the stage.

Not since the parties and their nominees began carefully scripting these quadrennial affairs a generation ago have we seen such an outburst of dueling egos and counterproductive emotion.

Did we say we wanted more sense of drama? Imagine two famous actors involved in a climactic scene, each fired with his own ambition and working furiously to upstage the other. Now envision such a clash playing out before thousands of delegates and onlookers and millions of TV viewers and voters.

Pence Makes The Case For Trump After Cruz Is Booed

View From Texas: Did Cruz 'Hurt The Republican Party' Or Follow His Principles?

Donald Trump and Ted Cruz, the first- and second-place finishers in the GOP's primaries and caucuses, went at it once more with the whole world watching. The high stakes of their brinkmanship brought to the flashpoint all the anger and tension pent up in this convention over three days — and in this party over several decades.

It also overshadowed a sturdy performance later in the evening by the party's now-official vice presidential candidate, Indiana Gov. Mike Pence, who displayed the earnest brand of classic conservatism for which he is known.

But neither Pence's speech nor Trump's own controversial remarks about NATO, released by The New York Times after the convention ended, could displace the headlines about the Trump-Cruz feud.

Cruz stole the show by refusing to endorse the party's now-official champion, who had allowed him a prime-time speaking spot on the night of Pence's acceptance speech (and on the eve of Trump's own). That sent everyone scrambling to history books for a precedent. 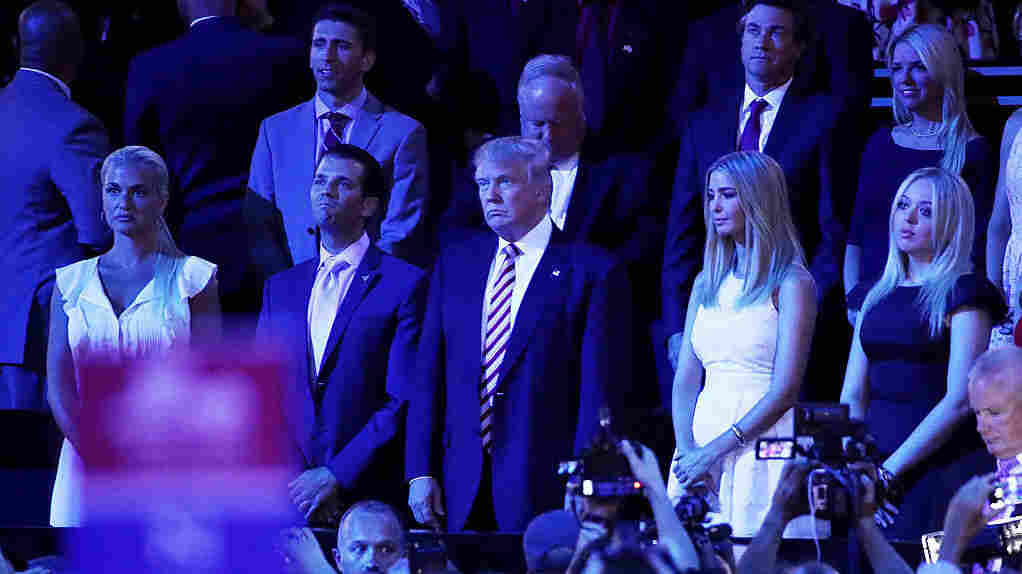 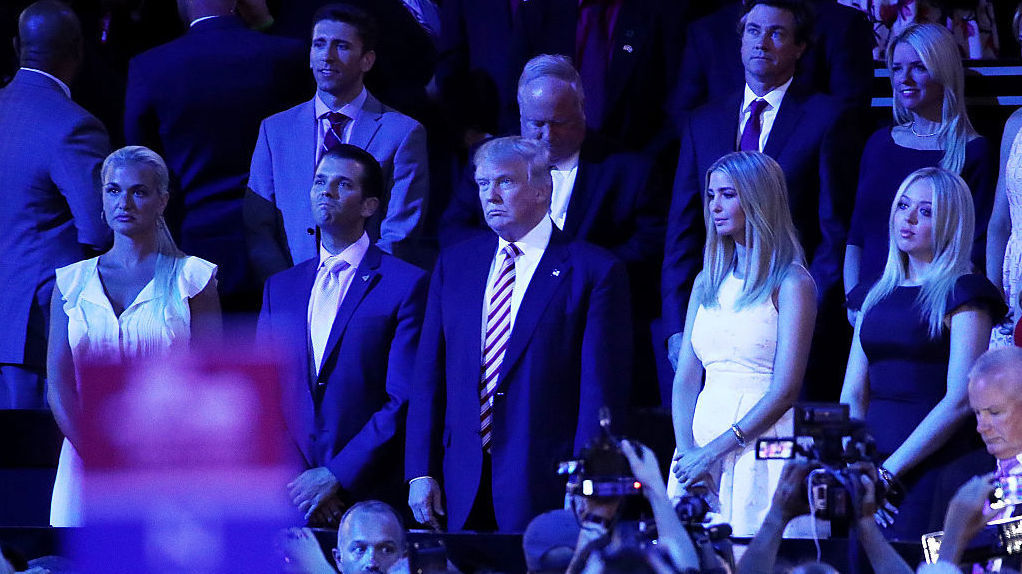 It also enraged the nominee's backers in the hall. They exploded as if on cue, just at the point where Cruz urged his audience to vote "your conscience" in November "for candidates who share your principles, up and down the ballot."

It was the moment for Cruz to say beginning with our presidential nominee — but he did not. He did not even take the easy way out of backing "our ticket" or urging a straight Republican ballot. He knew what he was doing, and so did the crowd.

There were many ways Cruz might have gotten on the bandwagon without really cozying up to Trump. He could have chosen the formulations of other Trump rivals who have long since chosen to eat their many words of criticism and honor the pro forma pledge they all made to back the party nominee.

Or he could have gone the route of other former rivals who have remained candidly aloof. Jeb Bush has made it clear he is not in the fold, and so has Ohio Gov. John Kasich, who has been in Cleveland this week to see Ohio delegates but not to attend the convention or endorse its candidate.

Cruz, however, seemed to want it both ways. He wanted to come to the convention, salute the delegates who supported him and give what sounded like an acceptance speech — as if he had won the nomination after all.

And, given that he didn't win this time, he wanted to launch a winking campaign of his own with the voters of 2020. He wanted to nurse his grudges and keep his distance from what may be a losing campaign this fall or a troubled term in the White House.

But did Trump put Cruz on stage for all this knowing full well there would not be an endorsement? Some reports indicated Cruz had told Trump what he planned to do on Monday. Trump could have withdrawn Cruz's speaking slot. That didn't happen, so Cruz may not have expected the furor his non-endorsement brought about.

He should have known better. For many of the delegates here, the very scheduling of a prime-time speech by the Texan meant he was going to relent and repent and make some sort of endorsement. Earlier in the evening, talk show host Laura Ingraham ripped into those who had not endorsed and exhorted them to "do it now," repeating the word "tonight" several times while the crowd whooped and cheered.

After Ingraham, the delegates saw a live performance by Wisconsin Gov. Scott Walker (posed in front of a backdrop depicting a field, a fence and a barn but lacking a soundtrack of mooing cows). Walker had been among the first to drop out of the presidential running last winter, later endorsing Cruz in his home state before agreeing to back Trump and speak at the convention. He boiled it down to a choice between Trump and Hillary Clinton.

Even more marginal was the appearance of Florida Sen. Marco Rubio via video. His quick appearance talking straight to the camera had the look of a TV ad, or an appeal for money.

Although Rubio has agreed to back the nominee, with whom he exchanged remarkably personal jibes during the primaries, Rubio clearly wants to keep his distance, run for re-election to the Senate and mount another bid for the White House in four years. His taped interlude on this occasion, however, seemed to have limited impact.

But Cruz would have none of these alternatives. By not including an explicit shout-out for the presidential nominee, he enraged the Trump supporters who dominate this convention, who exploded in booing and catcalls from the floor and the tiers of seats above. It became impossible for Cruz to continue. He looked down at the nearby rows of the New York delegation, empty as the delegates spilled out and made a move toward the stage.

"I acknowledge the enthusiasm of the New York delegation," Cruz said with a kind of smile. But then he wrapped up quickly and said goodnight. Meanwhile, what he could not see was that Trump had entered the building and moved into the hall. Trump's movement through the backstage area and into a visible position offstage was tracked by TV crews, the signal beaming to TV sets around the country even as Cruz was speaking.

The split-screen effect offered the perfect metaphor not only for a divided convention but for the two competing realities Trump and Cruz often seem to represent.

Less than an hour before his scheduled speaking time, Cruz could be seen passing a row of media studios on the fourth level of the Quicken Loans Arena. Visible within his retinue were his wife, Heidi (who would miss the end of her husband's speech, leaving the hall under protection of a security detail), and his father, Rafael Cruz.

The elder Cruz had been a frequent fixture of his campaign appearances, but his presence in the hall Wednesday night strongly suggested there would be no rapprochement between his son and Donald Trump.

That is because the elder Cruz had become a focal point for his son's rivalry with Trump just before the Indiana primary in May. Trump suddenly brought up a tabloid story, widely debunked, that tried to put Rafael Cruz in the company of Lee Harvey Oswald in 1963, the year Oswald assassinated President John F. Kennedy.

A Guide To The Many Conspiracy Theories Donald Trump Has Embraced

Sen. Cruz denounced the smear and attacked Trump in the harshest terms of the entire derogatory primary campaign. "This man is a pathological liar," said Cruz. "He doesn't know the difference between truth and lies. He lies practically every word that comes out of his mouth."

After losing that primary, Cruz swiftly struck his colors. If he could not beat The Donald in Indiana with the backing of Pence, he was not going to overtake him in the dwindling number of states yet to vote. Yet Cruz went on being a Trump detractor. And he has encouraged delegates to hold out against a Trump nomination even as that outcome became inevitable.

Trump Will Model His Speech Off Nixon '68. But 2016 Is Dramatically Different

On the final night of this convention Thursday, all eyes will be on the nominee, as they always are. Expectations for such a moment are always stratospheric, and risks equally high. Trump is not a man to shrink from such a challenge, or to step back from a confrontation.

The 2016 Republican convention has already broken with traditions and standard norms. It has defied the dictum that a convention must be dull to be successful.

Trump's opportunity in his acceptance speech is limitless. He can literally define himself to millions of voters who still don't know what to make of him.

It will be a moment to remember.