Accessibility links
Ted Cruz Defends Decision To Not Endorse Donald Trump During GOP Convention The morning after Ted Cruz was booed by the crowd at the Republican convention, he defended his decision not to endorse Trump. 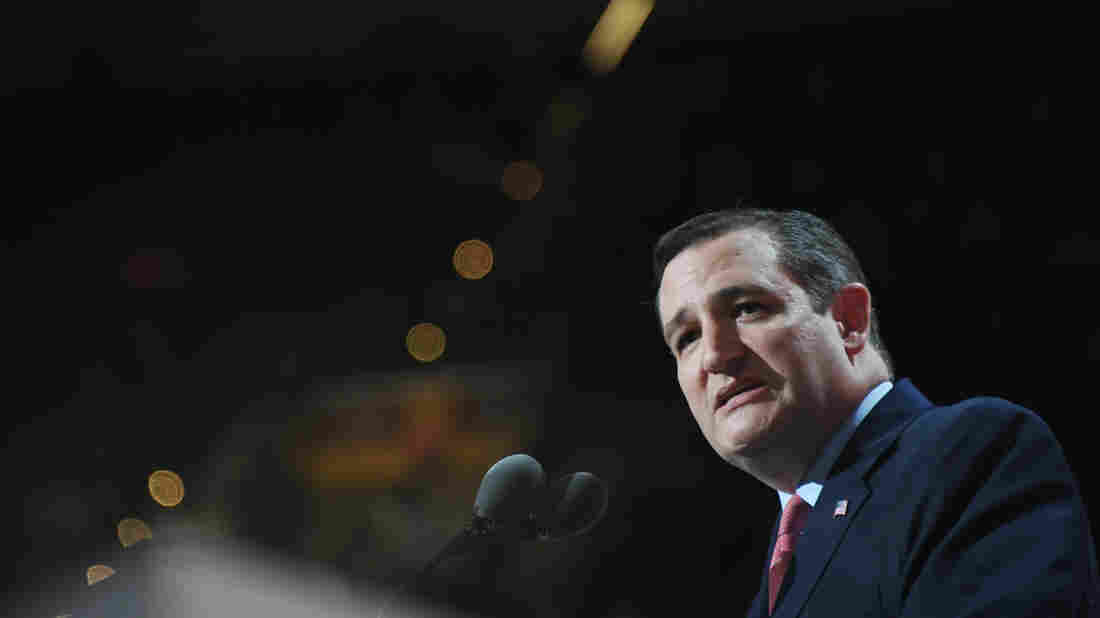 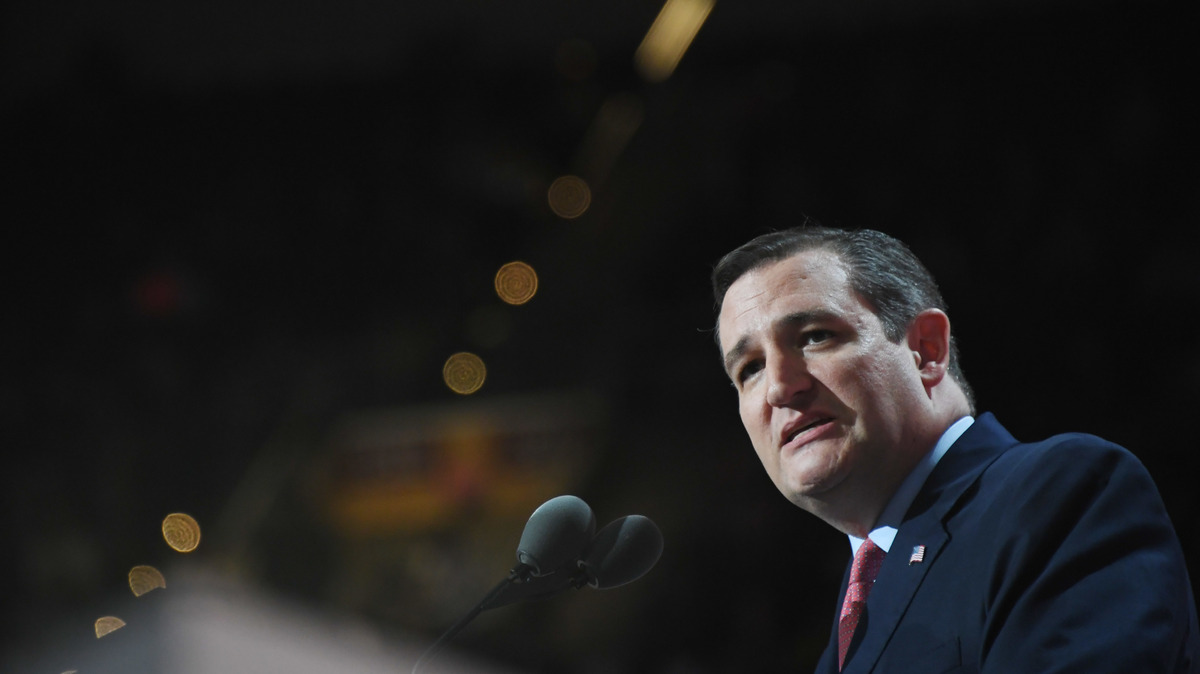 Less than 12 hours after he was booed for not endorsing GOP nominee Donald Trump during his late-night speech before the Republican National Convention, Texas Sen. Ted Cruz wasn't backing down.

Pence Makes The Case For Trump After Cruz Is Booed

At an emotional event with the Texas RNC delegation Thursday morning, Cruz defended his decision to withhold his endorsement at a time when Republicans are trying to rally around their nominee ahead of the general election.

"I am doing what millions of Americans are doing. I am watching and I am listening. The standard that I apply is, which candidate do I trust to defend the Constitution?" said Cruz.

"I can tell you I am not voting for Hillary," said Cruz, who also said he was "watching" other candidates.

As the GOP primary came down to the two candidates this spring, Trump and his surrogates attacked Cruz's family. That included tweeting an unflattering photo of Cruz's wife and alleging without any firm basis that Cruz's father, Rafael, was involved in the plot to assassinate President John F. Kennedy in 1963.

"I am not in the habit of supporting people who attack my wife and attack my family," said Cruz, who added he would not be "a servile puppy dog" to the Trump campaign.

Cruz said Trump should not have been surprised by the content of his Wednesday night address because the campaign "knew exactly what I was going to say." A preview copy of Cruz's remarks was released to reporters earlier in the evening.

He said it was "dismaying" that Trump supporters booed him from the floor when he encouraged Republicans to "vote their conscience" in November.

The first-term senator emphasized that he has no plans to campaign against Trump this fall. "I don't intend to say negative things about Donald Trump," said Cruz.

Ted Cruz talks about the Constitution but doesn't say that if the Dems win the Presidency, the new JUSTICES appointed will destroy us all!

Wednesday night Trump wasn't so harsh, tweeting that he let Cruz speak even after seeing his remarks and that it was "No big deal!"

Wow, Ted Cruz got booed off the stage, didn't honor the pledge! I saw his speech two hours early but let him speak anyway. No big deal!

Cruz is already positioning himself to run again for the White House in 2020 and discouraged supporters from casting a vote for him this fall. "I am not encouraging anyone to write my name in."