Accessibility links
To Rebrand Itself, Greece Digs Deep Into Its Cultural DNA The news out of Greece has been terrible. But with a large new exhibition of ancient artifacts at Washington, D.C.'s National Geographic Museum, the Greek government is trying an image reboot. 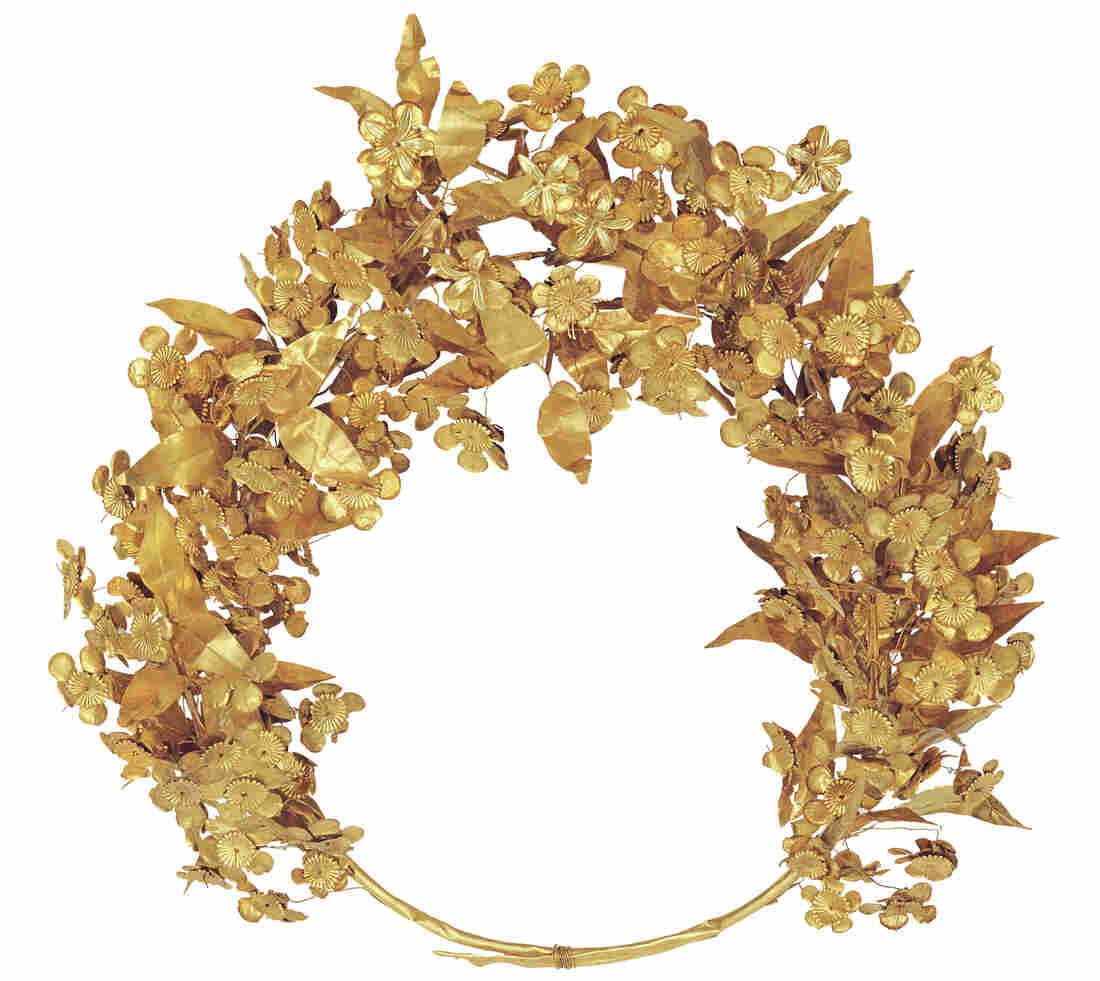 The news out of Greece in the past several years has been pretty bad. An ongoing economic crisis has resulted in an unemployment rate that's hovering around 25 percent — currently, there's a major exodus of young, educated Greeks. And more than a million refugees and migrants have poured into the country in the past year and a half. So what is the Greek government doing in response? For one thing, it's sent a big art exhibition to Washington, D.C.

The show, which opened in June and runs through early October, is called "The Greeks: Agamemnon to Alexander the Great." It's a survey of 5,000 years of Greek art and artifacts. Most of the items have never left their homeland before. This stop in Washington is the last on a tour that also included the Field Museum and two stops in Canada: at the Canadian Museum of History in Gatineau, near Ottawa, and the Pointe-à-Callière Montréal Archeology and History Complex in Montreal.

"We wanted, in the beginning of the economic crisis in Greece, to show really what Greece is, and really what Greeks are," says Maria Vlazaki. Vlazaki is the secretary general of Greece's Ministry of Culture and Sports. She's also an archaeologist, and she is one of the curators of this show; some of her finds are on display in "The Greeks."

Vlazaki has been planning this exhibition since 2010 — not long after the global financial meltdown began.

She points out the Greek government lends items all the time, and the National Geographic Museum originally suggested that they work together on an exhibition of ancient Greek artifacts. But she is also very straightforward about one of the reasons that this show of more than 500 objects is touring the U.S. right now: She wants to inspire tourists. 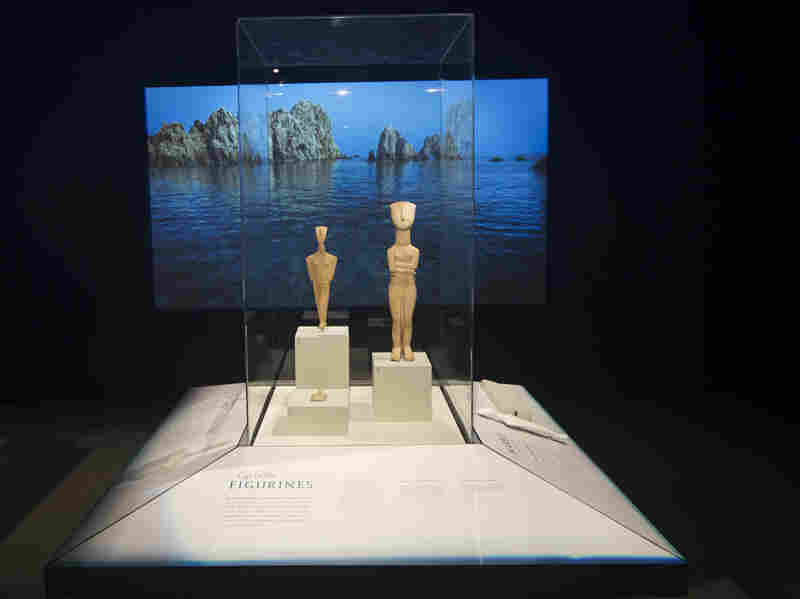 "They see so many masterpieces and also things of daily life, that I think they will be very interested to visit Greece, because they will see how Western civilization has been inspired by Greece," says Vlazaki.

Among the oldest items on display are mysterious, angular little figurines from roughly five thousand years ago, from the Cycladic islands.

"It looks like modern art," says archaeologist and National Geographic Fellow Fred Hiebert. Hiebert is the co-curator of "The Greeks," and he says that he is still stunned by how willing the Greek museums and archaeological sites were to lend out some of their most valuable treasures.

Hiebert and Vlazaki lead me through the show. "We're coming to a section here which is from a site museum that I never, ever thought we would ever borrow from," he explains, "because it's the royal burials of the kings of northern Greece at the time of Philip the Great and Alexander the Great."

We're standing by a case that contains a finely wrought wreath made of dozens of tiny, very delicate and detailed flowers and myrtle leaves, cut from thin sheets of gold. It was thought to be made for Queen Meda, one of Alexander the Great's stepmothers.

"When we were putting this in the case," he says, "it glimmered and jiggled with every slight breeze. It's absolutely the most amazing piece of work I've ever seen."

But will visitors who see these treasures then want to go to Greece on vacation? Could the show even help foreigners reframe their perceptions about this struggling country? Peter Economides thinks so.

"You know," says Economides, "Americans are bombarded with all the news about Greece's bad news. I think it's a reminder, a very palpable, tangible reminder, up close. It's at the core of what Greece is all about, and it creates very, very positive impressions."

Economides is from South Africa, but his family background is Greek. These days, he's a brand strategist based in Athens. He was part of one of the most high-profile rebrandings of all time: Apple's reboot, and its famous "Here's to the crazy ones" campaign.

So Economides knows a thing or two about how companies — and even countries — put themselves out into the world. And he says that looking to ancient Greece may not just coax Americans to reframe what they know about the country today.

Tourism to Greece is actually up — in fact, the 2016 statistics are set to break records. But Economides says the country needs to reimagine itself as something more than a vacation paradise of cheap villas, abundant sun and sea, and some interesting archaeology. It's about Greeks themselves being inspired by that ancient history do more — to create a 21st-century country that's as innovative as it was thousands of years ago.