Accessibility links
Who Is Tim Kaine? Why Clinton's Vice Presidential Pick Is A Good One Being a safe pick isn't a bad thing, and the Virginia senator is a disciplined messenger, has a positive persona and can help Clinton appeal to white males — a place where Trump has an edge. 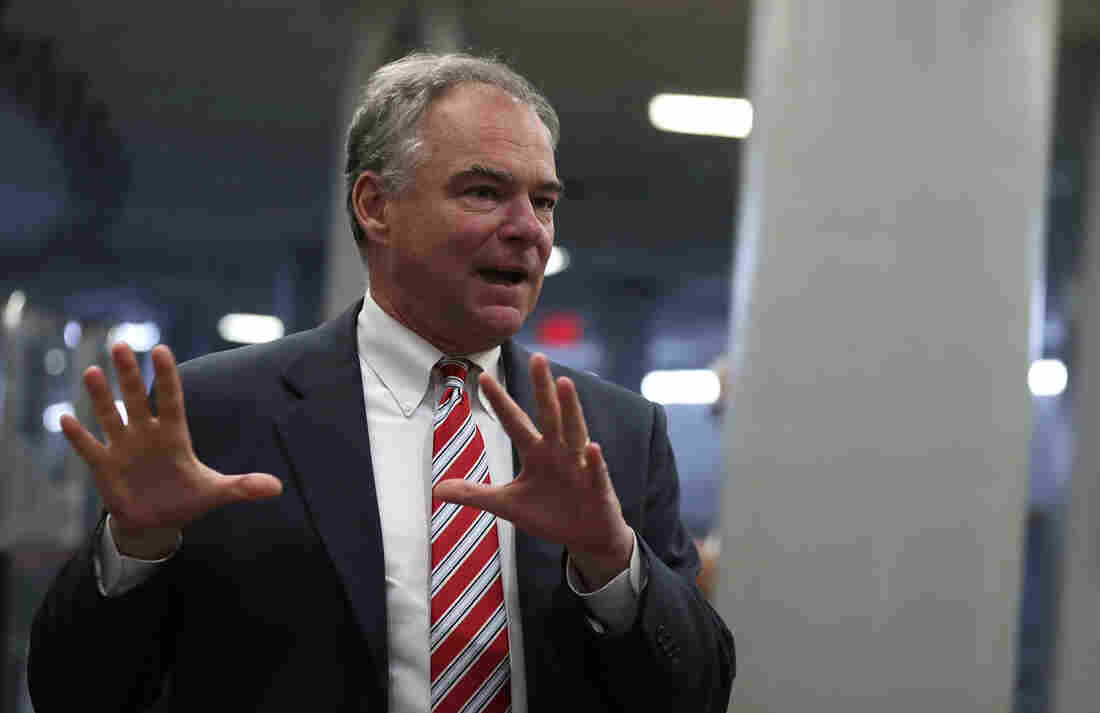 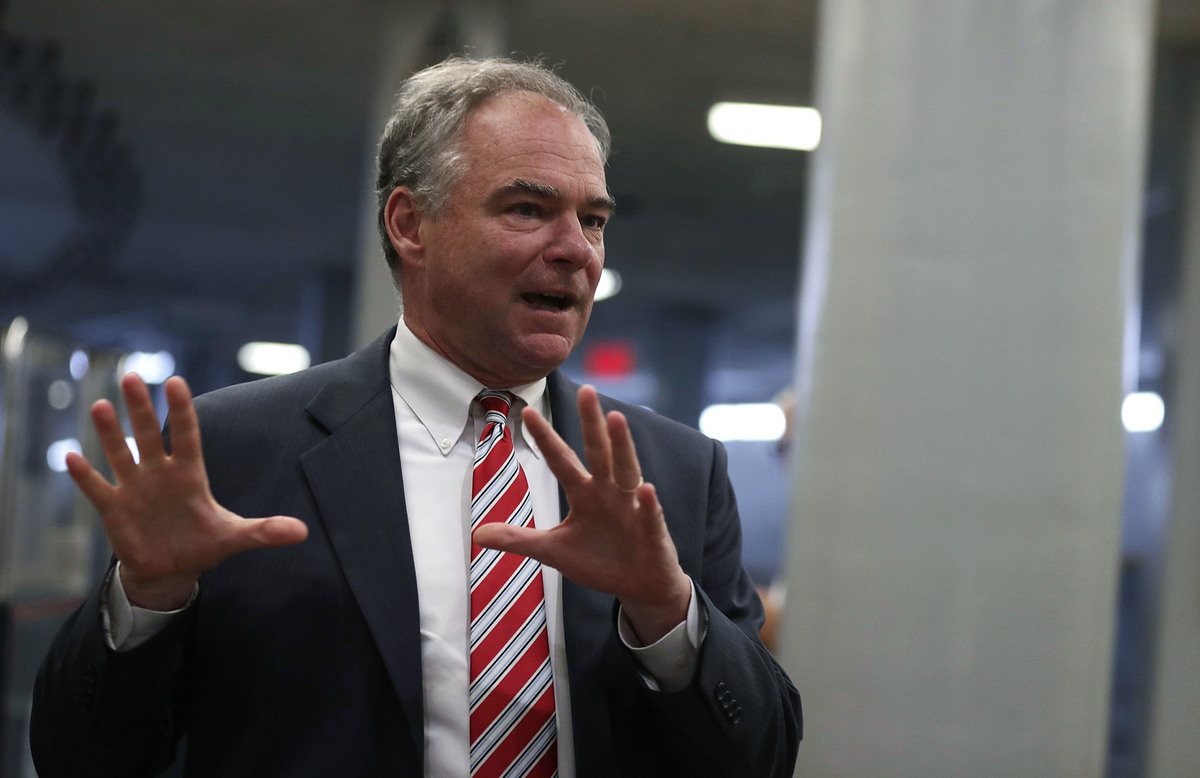 On Friday, Hillary Clinton chose Sen. Tim Kaine of Virginia to be her running mate.

"I am boring," the man Hillary Clinton picked on Friday night to be her running mate said last month on NBC's Meet The Press.

The Virginia senator tried to play it off with something of a dad joke: "But boring is the fastest-growing demographic in this country," he said with a laugh.

So why would Clinton pick "boring" to be her vice president? (And it's not because there are suddenly loads of more boring people out there voting as a bloc.)

4 Reasons Why Progressives Aren't Thrilled With Clinton's Pick Of Kaine

Kaine might not fire up the progressive left, but he brings a lot to the table. Sure, he isn't going to draw thousands to rallies by his sheer force of personality, but that's not really the point of a vice president. A vice president, in fact, shouldn't overshadow the top of the ticket.

Ultimately, he is a "safe pick," and that's not a bad thing. Remember, the first rule of a running mate is, "Do no harm." Here are four reasons the "boring" pick was a "good" pick for Clinton:

Kaine is seen as "safe" because he's a disciplined messenger with policy depth who has already been a solid, on-message surrogate for Clinton. In fact, he might make the case for her almost better than Clinton does herself.

Just take a look at his interview with C-SPAN's Steve Scully. The headline that came out of that interview was that he didn't think he'd be picked. And yes, some measure of self-deprecation and humility is also a good thing in a running mate. But the way in which he answered why Clinton would be a good president and how he makes the case was very compelling. Because of that, Kaine could be dispatched anywhere in the country for weeks on end and would do a solid job without hand-holding from the campaign.

2. Democrats very likely won't have to worry about him on a debate stage

The biggest moment for any vice presidential candidate is the nationally televised debate. Kaine has message discipline and policy knowledge and has already been in debates for his gubernatorial and Senate campaigns. He would very likely handle himself just fine in a debate with Indiana Gov. Mike Pence, Donald Trump's running mate. And though he is a senator, he doesn't talk with in the dreaded "Senate-ese," in which candidates get lost in the jargon and minutiae of legislative talk that doesn't translate to real people.

Kaine seems to campaign with a smile and warmth. He might be as exciting as a new pair of flat-front khakis, but he is like a good neighbor. You can imagine Kaine snowblowing your driveway or fixing part of your fence just to be helpful. And Clinton could use some of that positivity — especially since she and Trump are the two most disliked people to lead major-party tickets in this country since polling began.

This is not traditionally seen as an inherent benefit to a ticket. Usually candidates look for diversity. After all, every major party ticket in U.S. history has had a white male on it. And, of course, every president except for President Obama has been one. But white men are a demographic vulnerability for Clinton. For Trump to win, he'd most likely have to drive up the white-male turnout to very high levels.

But that doesn't mean Kaine can't appeal to nonwhite voters. He has a surprising side — he speaks fluent Spanish and delivered the first fully Spanish speech on the floor of the Senate in 2013 during the immigration debate. He learned the language while helping to run a Jesuit school in Honduras. Kaine also attends a majority black Catholic church in Richmond, Va., where he sings in the choir. It even has a black Jesus.

Notice what's not here — geography. Virginia was already leaning in Clinton's favor, and picking Kaine may tip it even further her direction. But her newly minted running mate's being from a potential swing state is more like a cherry on top rather than a core reason for his selection. The Clinton campaign — like most other campaigns — is looking at qualifications, comfort level, rapport and trust as the most important qualities.

And remember, not since John F. Kennedy picked Lyndon B. Johnson as his running mate has a vice president tangibly moved a significant chunk of geography that helped the candidate at the top of the ticket win the presidency.

Like Pence for Trump in a way, Kaine has the potential to be a soother, to round some of Clinton's edges and possibly help the ticket's image. The difference is, Pence was brought on to do this with the base. Kaine, on the other hand, would try to broaden Clinton's support.

And while everyone likes to get to know the personalities and characters who could fill a future presidential administration, people ultimately vote for the top of the ticket.