Accessibility links
'America First,' Invoked By Trump, Has A Complicated History NPR's Scott Simon looks back at the history of the slogan, "America First," which goes back to the 1940s, and has both bipartisan and anti-Semitic roots. 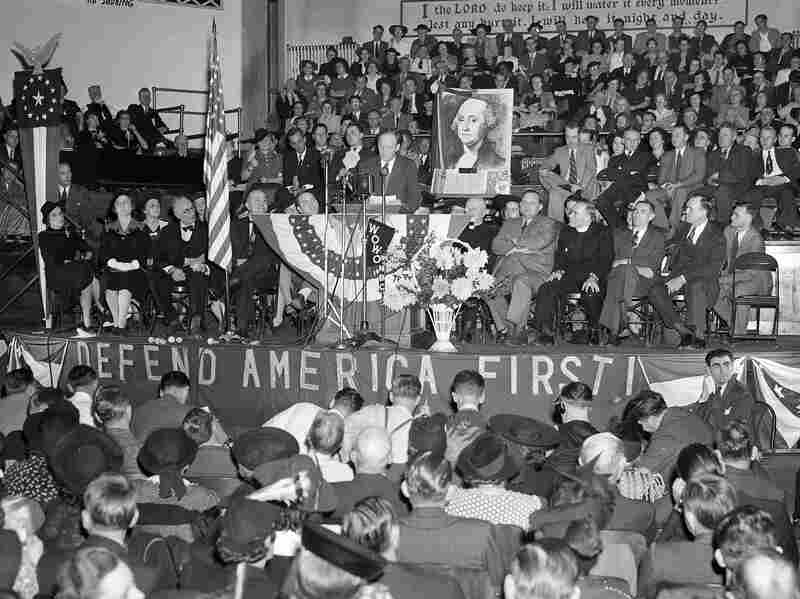 A crowd of over 4,000 people filled the Gospel Tabernacle in Fort Wayne, Ind., to hear Col. Charles Lindbergh address a rally of the America First Committee on October 3, 1941. AP hide caption 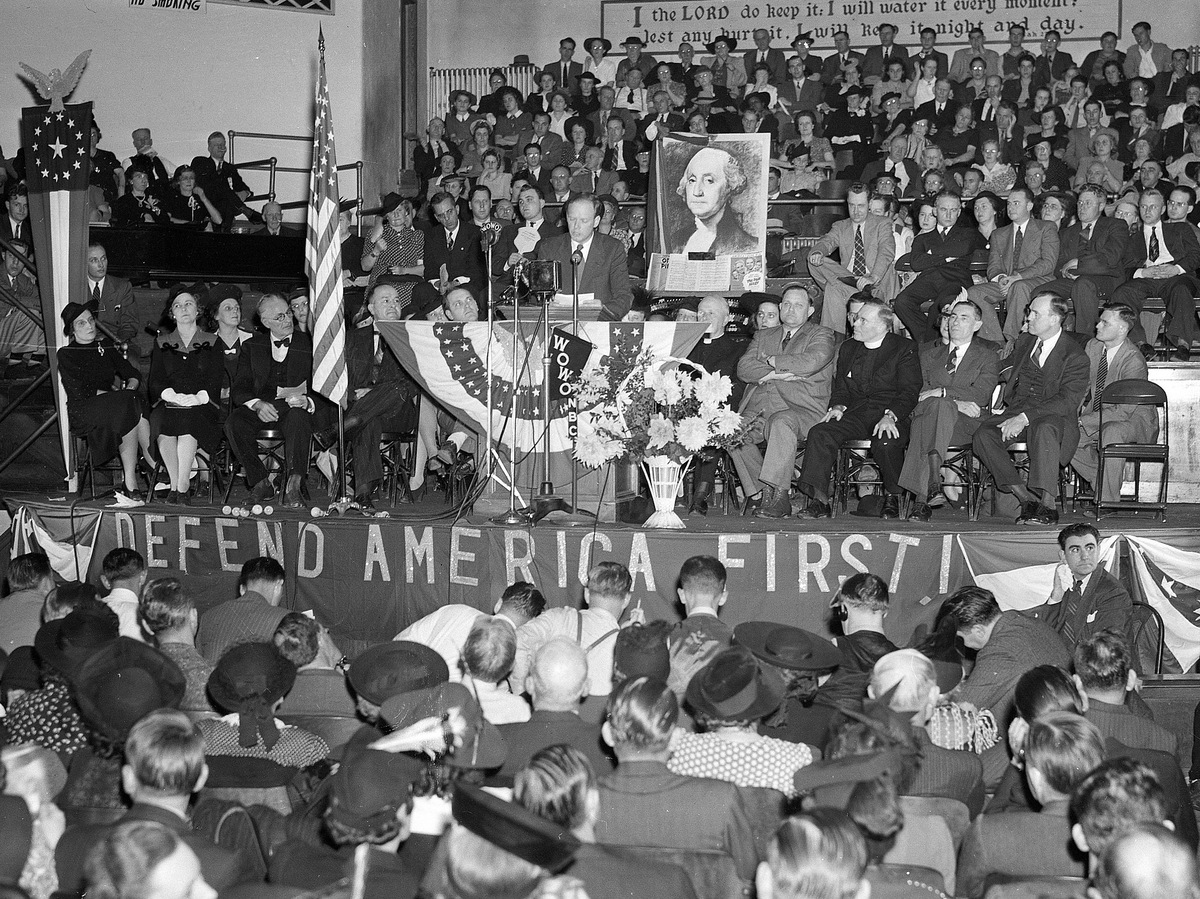 A crowd of over 4,000 people filled the Gospel Tabernacle in Fort Wayne, Ind., to hear Col. Charles Lindbergh address a rally of the America First Committee on October 3, 1941.

The phrase, "America First" was invoked a few times at this week's Republican convention. That slogan comes with a lot of echoes, and you might wonder how much the people who chant it now really know about its history.

The America First Committee was founded in 1940 by a group of Yale students, many of whom would go on to distinguished careers, and funded by prominent Chicago business leaders. It was one of the largest peace organizations in U.S. history, with more than 800,000 registered members.

It was a true coalition of left and right. America First included Sinclair Lewis, the novelist, e.e. cummings, the poet, Walt Disney, Frank Lloyd Wright, and Norman Thomas, the socialist leader. Joseph Medill Patterson, the liberal publisher of the New York Daily News, was a member, as was his cousin, Robert. R. McCormick, who published the conservative Chicago Tribune. Its best known member was a genuine American hero, Col. Charles A. Lindbergh, who became the public face of the America First movement.

War had begun in Europe, with the German invasion of Poland, and Asia, with the Japanese invasion of China. The America First Committee believed the United States should be neutral. They opposed sanctions against Japan, and President Franklin Roosevelt's lend-lease bill to aid Great Britain. They thought the British Empire was morally indistinguishable from Nazi Germany and Imperial Japan, and no American lives should be risked to save it.

Charles Lindbergh did say, at a rally in September, 1941, "No person with a sense of the dignity of mankind can condone the persecution the Jewish race suffered in Germany," but went on to add, "The Jews are one of the principle forces attempting to lead the U.S. into the war. The Jews' greatest danger to this country lies in their large ownership and influence in our motion pictures, our press, our radio and our government."

The America First Committee was disbanded a few days after Pearl Harbor, and after Lindbergh's remarks had stained the group as anti-Semitic and isolationist. Most of its leaders, including Lindbergh, then supported the U.S. war effort.

Donald Trump has appealed to many voters by refusing to use what he considers politically-correct rhetoric. When the New York Times asked him about this phrase, he said, "I like the expression. I'm 'America First,'" and said he's not isolationist, and certainly not anti-Semitic. But anyone who uses the phrase might want to know the history it recalls for others.