Accessibility links
Your Mama ... Might Be Offended By This Insult Archive The Janks Archive is a collection of videos in which people around the world share their favorite putdowns. They can be gross and rude, but according to one creator, they also bring people together. 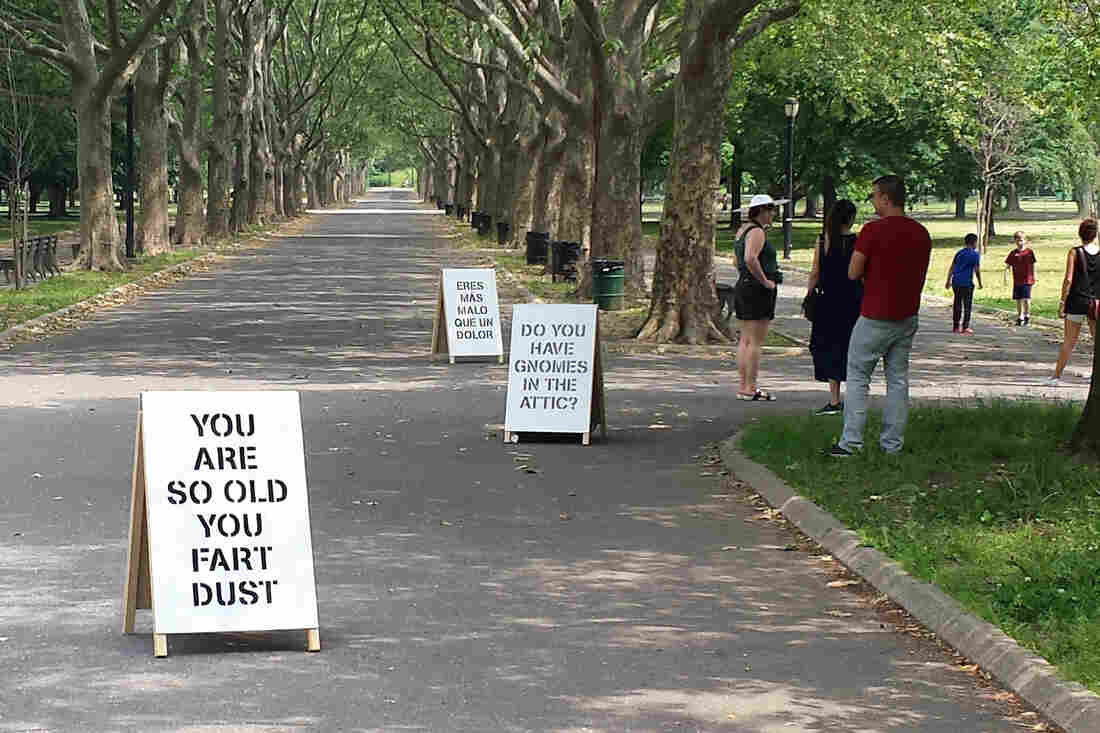 The Janks Archive's creators gathered insults from cities all over the world, including Helsinki, Mexico City, Berlin and New York (pictured). Courtesy of the Janks Archive hide caption 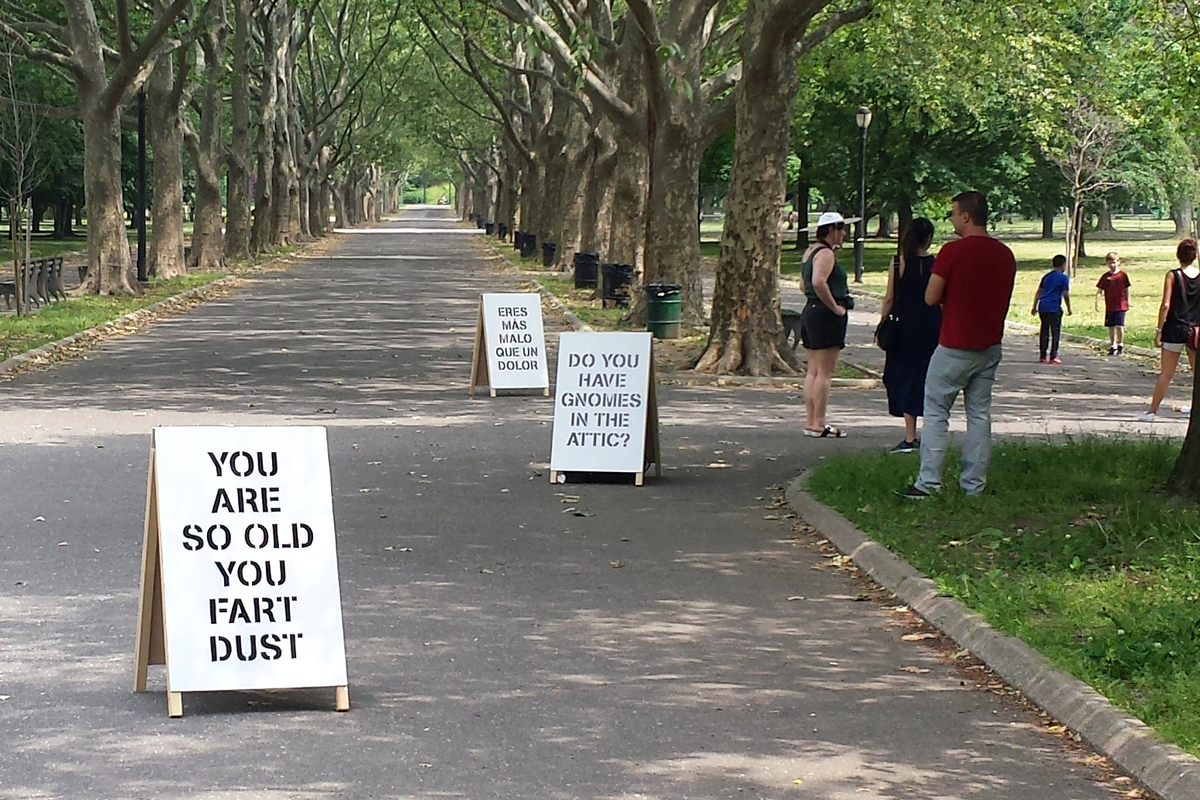 The Janks Archive's creators gathered insults from cities all over the world, including Helsinki, Mexico City, Berlin and New York (pictured).

Courtesy of the Janks Archive

If you love your mom, you might not be too happy with a current exhibition at the Queens Museum in New York City. It's a video installation in which "your mama" jokes and other putdowns are projected onto the walls of a dark room, in a constant loop.

The insults were recorded around the world — and, as you can imagine, they aren't very friendly. In one clip, a Philadelphia man taunts, "Your mama's so old she farts dust."

In another video, a woman in Belfast, Northern Ireland, barely keeps it together as she quips, "Your mama's so fat she cuts herself and gravy pours out."

If those jokes don't make you laugh, you can aim your retorts at the artists behind the Janks Archive. (The project was named after a colloquial term in southern Alabama for insult jokes.) Jessica Langley, Jerstin Crosby and Ben Kinsley created the museum exhibition as well as a website with videos of people hurling putdowns in Spanish, German, Latvian and other languages.

Goats, Cannibalism And A Sadistic Nurse: The Insults Of Britain's New Top Diplomat

Not all of the jokes survive translation, though. A man in Vaasa, Finland, shared the joke, "Your hair is like a forest. Not as thick, but as full of life." Langley describes it as a "kind of backhanded compliment."

Most of the jokes in the archive are more in-your-face, but they do have a redeeming quality. "While sometimes the language can be pretty harsh and rude and kind of gross or whatever, it ends up, I think, being a lot more about bringing two people together," says Kinsley. "When two people share this unfiltered moment, that's actually kind of an intimate moment."

That is, until the joke's on your mama.