Accessibility links
Wonder Woman At 75: Feminist Warrior Still Fighting For Equal Rights As the launch of the upcoming film coincides with the heroine's Comic-Con fandom, Wonder Woman appears to be hooking new fans for the same reasons she was birthed in 1941: justice, peace and feminism. 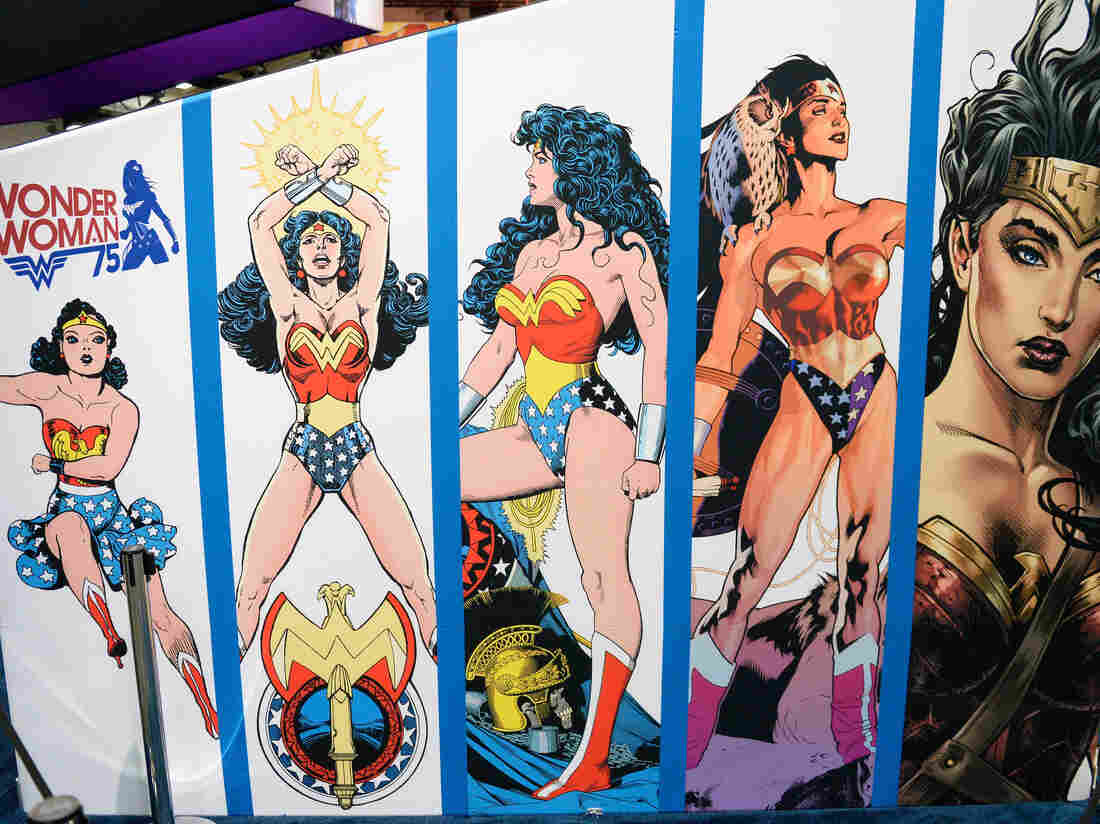 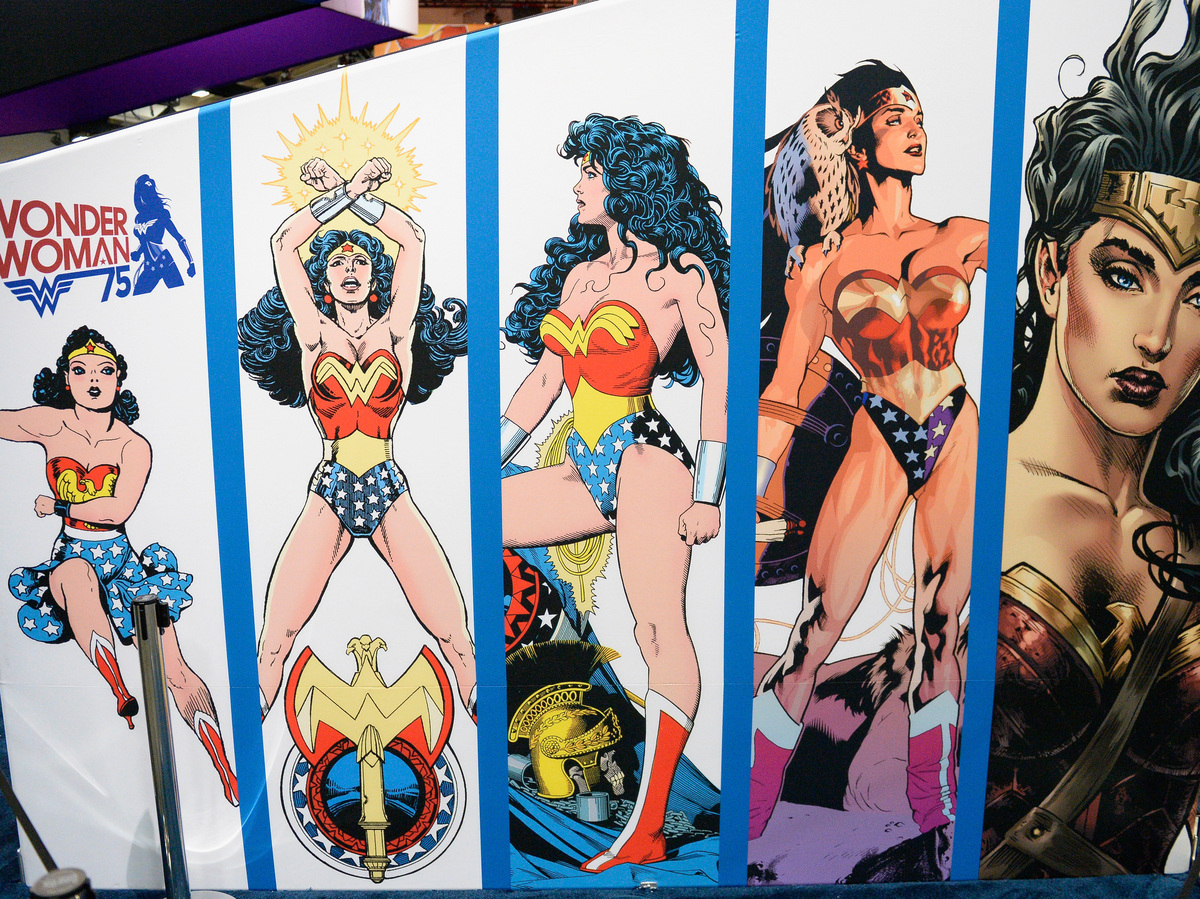 America's favorite Amazon princess turns 75 this year — Wonder Woman first swung her golden lasso in All-Star Comics #8 in December 1941, and she's still fighting for freedom and the rights of women.

DC Entertainment is celebrating the Amazon's birthday with a series of events at this year's San Diego Comic-Con; a street corner in the downtown Gaslamp District has been turned into a tribute to Wonder Woman's home on Paradise Island, complete with artists painting giant portraits of her, and a replica of her famous invisible jet.

When the jet was unveiled, convention-goer April Meneghetti was first in line to climb inside and have her picture taken.

"Wonder Woman is just the ultimate woman," she says. "She's strong, she doesn't need a man, she's powerful. The ideal woman, I think."

That's a sentiment I've been hearing a lot this week. Izola, who only goes by that one name, was waiting her turn for the jet in an elaborate armor-plated costume she made herself. 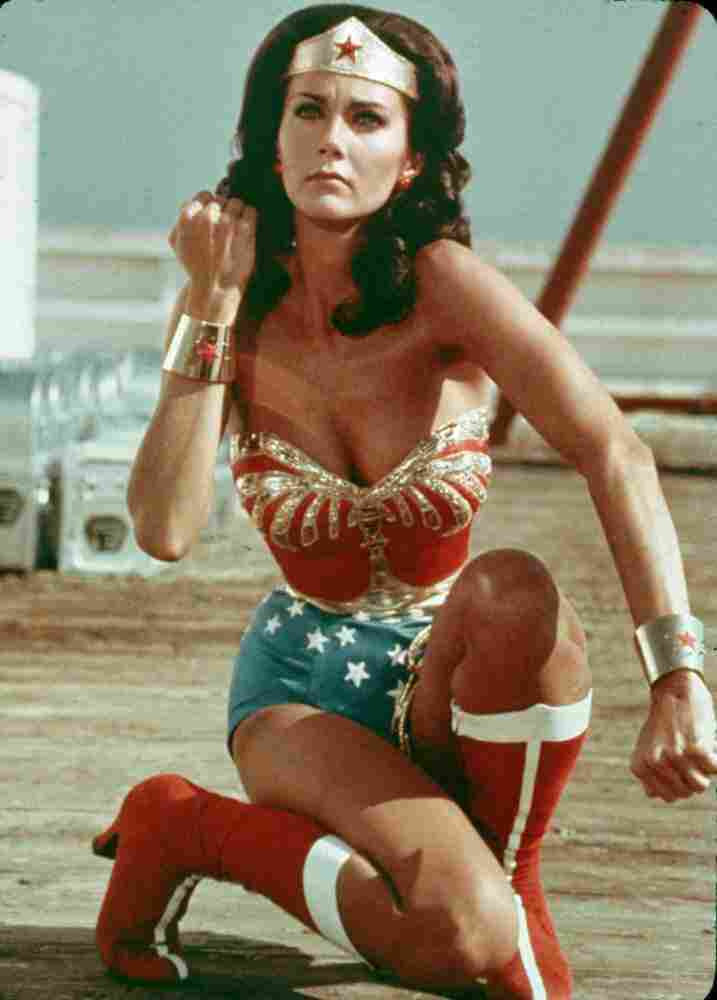 In this photo from 1977, Lynda Carter gets it done as one of many Wonder Woman. Warner Brothers/Getty Images hide caption 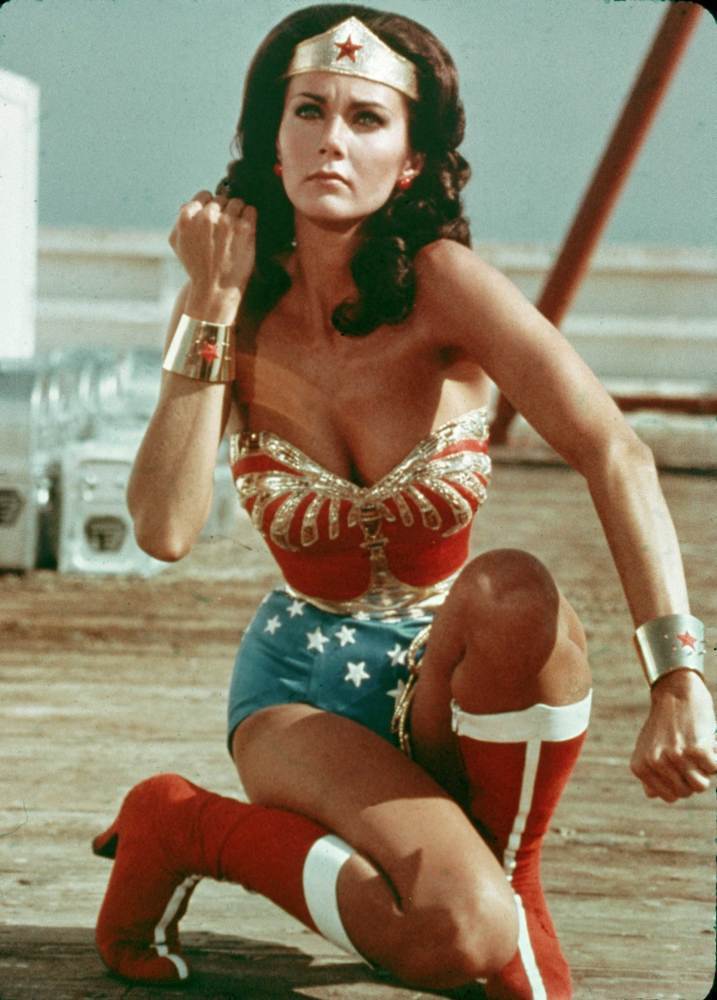 In this photo from 1977, Lynda Carter gets it done as one of many Wonder Woman.

"Breastplate's hard as a rock," she jokes, knocking on the armor. "I could probably stop a bullet." For Izola, Wonder Woman is an empowering figure. "She represents a strong woman, and I hope that I can be like her," she says.

A psychologist with connections to Margaret Sanger's birth control movement and a strong interest in feminism, Marston invented Wonder Woman as an antidote to what he called the "blood-curdling masculinity" of the comics.

Arriving on comics pages just as the horrors of World War II were descending, Wonder Woman would rise above male aggression — she almost never kills — and she would leave her home on Paradise Island to fight for America, described in her comics as "the last citadel of democracy and of equal rights for women!"

"She really is the first superhero humanitarian," says Jim Lee, the co-publisher of DC Comics and a former Wonder Woman artist himself.

He says Wonder Woman's lasted so long partly because of good timing — she was just one of the first female superheroes.

But also, he says, "It is an interesting, unique tale of someone who is basically giving up a life of comfort to take on conflict and to be a crusader for justice and peace. And I think those are the things that give characters their longevity."

It's the story that connects us to superheroes, Lee says, not the gadgetry, the bullet-deflecting bracelets or the golden lasso.

Wonder Woman has sometimes had trouble connecting. Like many long-lasting superheroes, she's been through many incarnations, from fierce Amazon to romance editor, to taco joint waitress. She became a feminist icon, appearing on the first cover of Ms. magazine in 1972, and on the TV show that made a generation of fans fall for Lynda Carter (and her satin tights.)

But there were years when fans just weren't paying attention. Now, however, that may be changing. 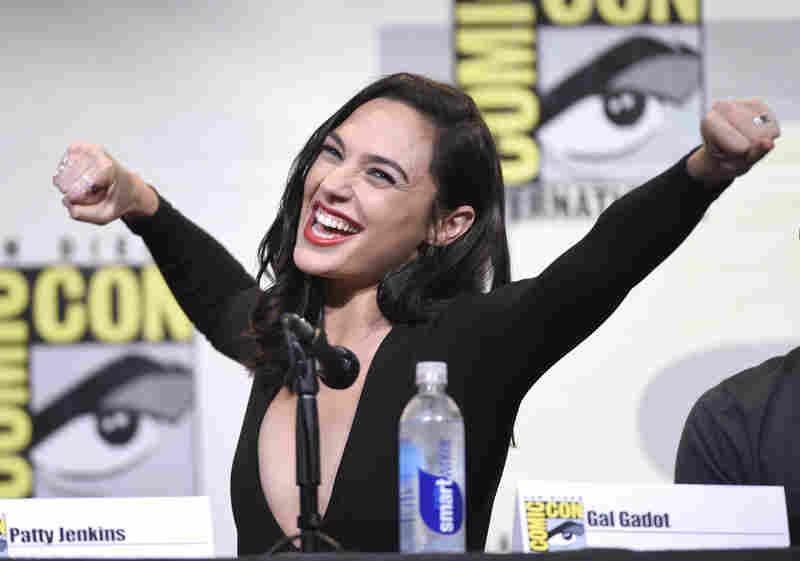 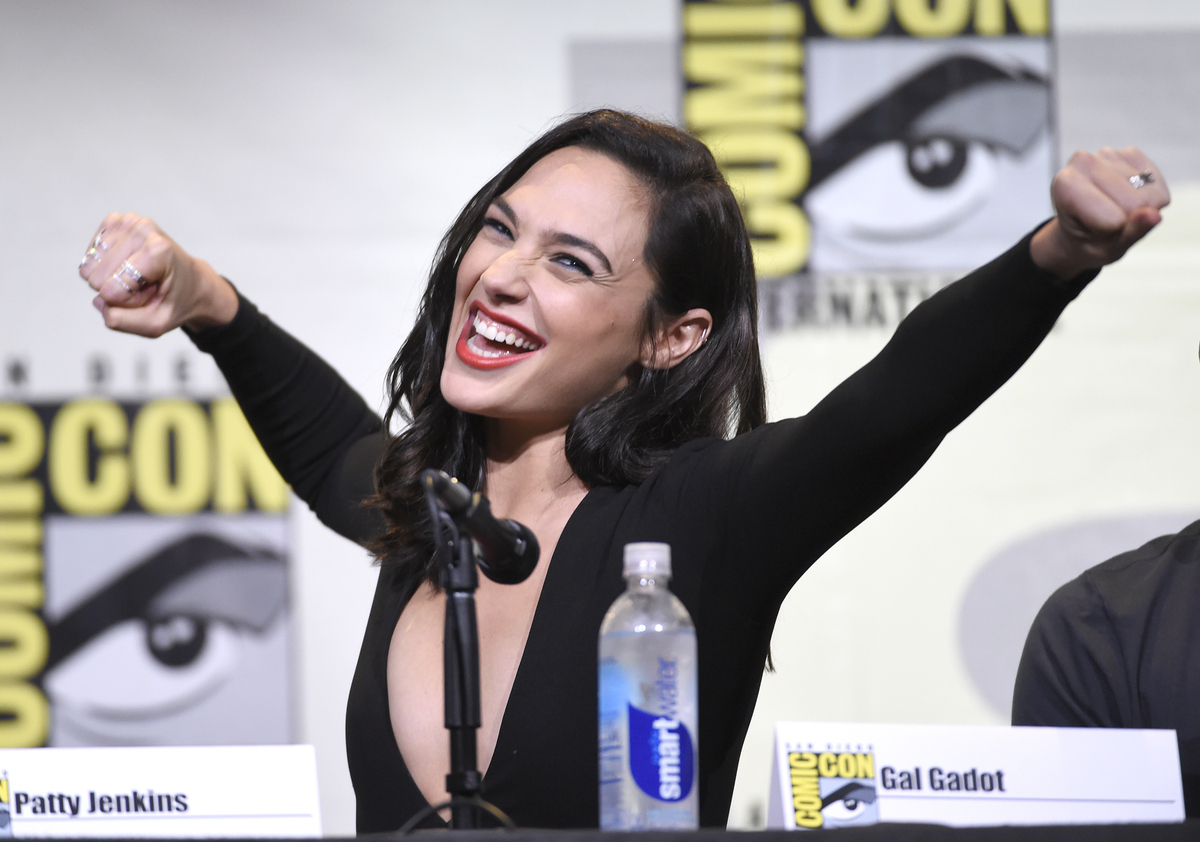 Gal Gadot makes the Wonder Woman pose at the "Wonder Woman" panel on day three of Comic-Con International on Saturday, in San Diego.

In a packed and sweaty ballroom at San Diego Comic-Con, hundreds of fans roar as the big screen flashes a trailer for the upcoming Wonder Woman movie. Gal Gadot, who stars as the Amazon princess, is on stage.

"There's not many female superheroes that we are exposed to, so the fact that we have Wonder Woman coming back big time now is just so important," Gadot says.

The Wonder Woman movie releases next year and filmmakers hope to hook a new generation of fans, like 8-year-old Chloe Samiley and her 9-year-old friend Winona Fabi, who are both dressed up as their favorite superhero.

"She's a really good superhero. She can fly, she has a rope," says Fabi. Samiley chimes in, "She saves people, and she becomes a human and a superhero when she spins."