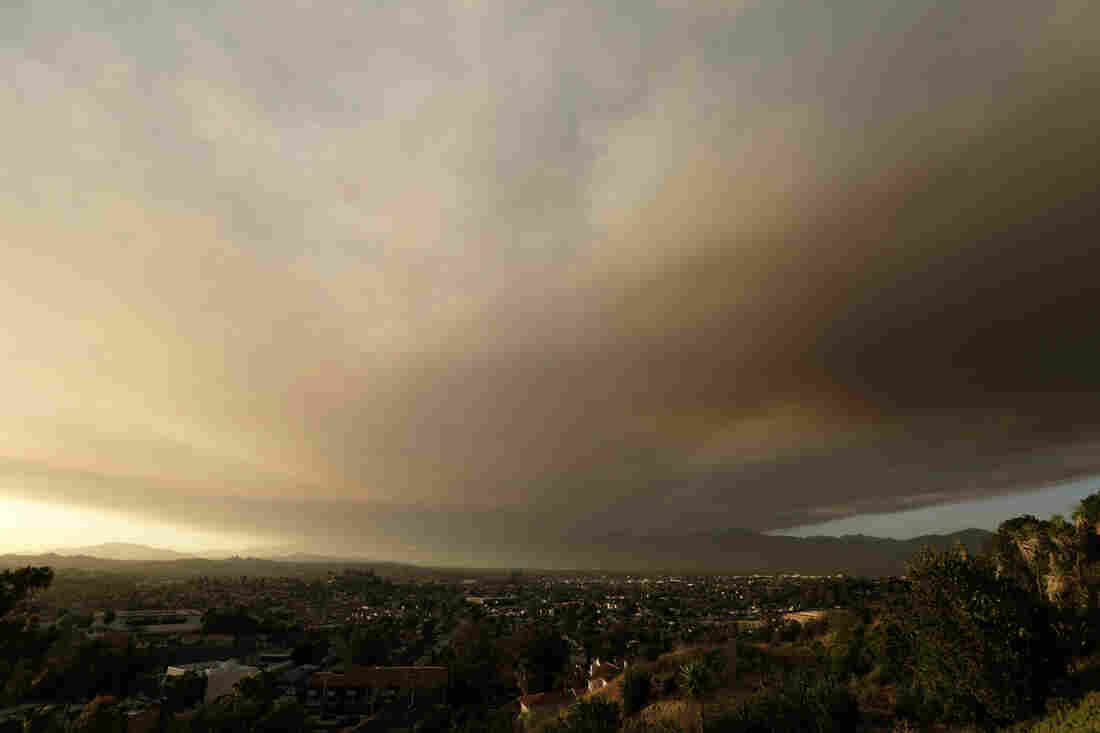 Smoke from a Los Angeles wildfire drifts over the city's downtown, about 30 miles from the fire's location in Santa Clarita. Nick Ut/AP hide caption 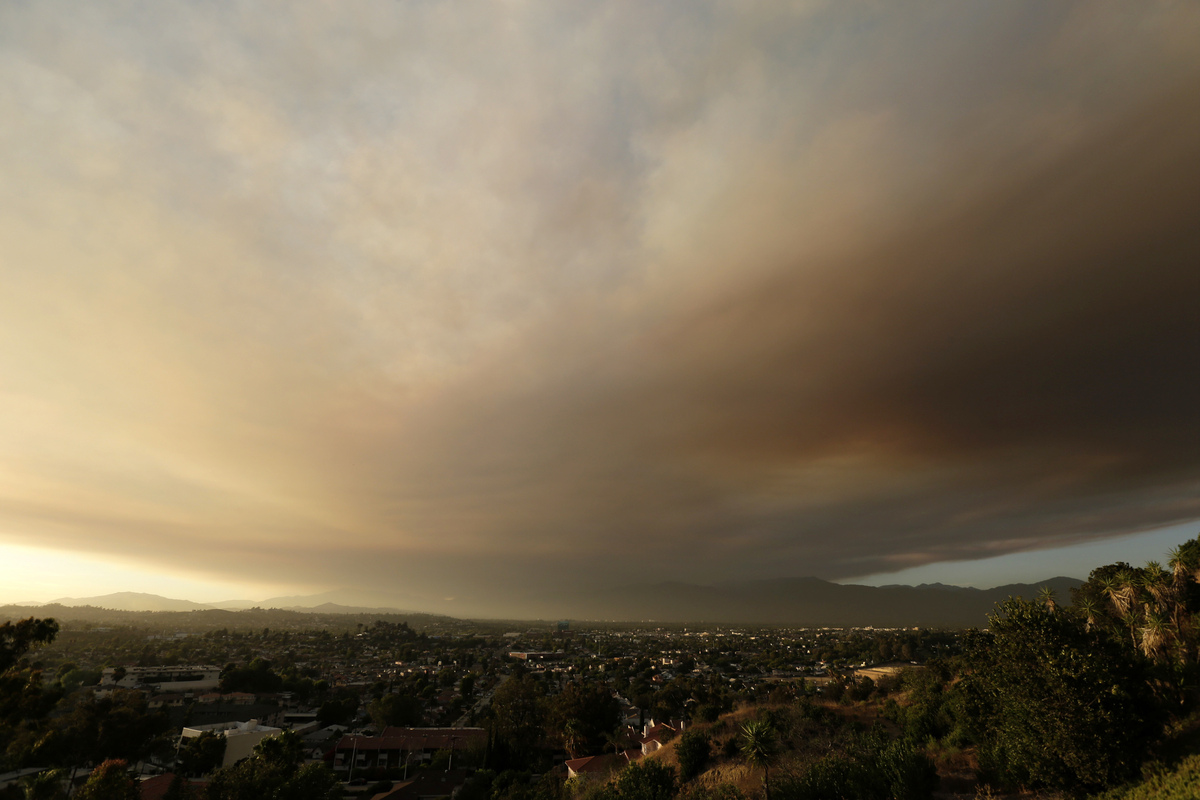 Smoke from a Los Angeles wildfire drifts over the city's downtown, about 30 miles from the fire's location in Santa Clarita.

A burned body was found Saturday at the scene of a brushfire north of Los Angeles that has scorched 31 square miles and prompted the evacuation of 1,500 homes, authorities said.

The body was discovered outside a home on Iron Canyon Road in Santa Clarita, and detectives are trying to determine whether the person was killed by the blaze or another cause, Los Angeles County sheriff's Lt. Rob Hahnlein said. The home also may have burned, he said.

The area was one of several neighborhoods ordered evacuated as the fire raged through bone-dry canyons and ranchlands. The fire burned through the area Saturday evening. Firefighters reported that some buildings had been engulfed, but it was not immediately clear whether they were homes, outbuildings or garages, said Nathan Judy, a spokesman for the U.S. Fire Service.

The area was still unsafe because of smoldering debris and trees that might fall because their roots had burned, Judy said.

The fire was only 10 percent contained Saturday night as it burned on the edge of Santa Clarita and into the Angeles National Forest and showed no sign of calming.

More than 900 firefighters and water-dropping helicopters planned to battle the flames overnight, but they could face several fronts.

"It's not a one-direction type of fire," Judy said. "It's going in different directions depending on which way the wind is blowing. It's doing what it wants."

A Bengal tiger and other exotic animals were evacuated from the Wildlife Waystation, a nonprofit sanctuary for rescued exotic creatures within the national forest.

More than 220 horses, dozens of goats and other animals were taken from the fire area, animal control officials said.

About 300 miles up the coast, California Department of Forestry and Fire Protection firefighters battled a 10-square-mile blaze in rugged mountains north of the majestic Big Sur region.

The blaze 5 miles south of Garrapata State Park posed a threat to about 1,000 homes and the community of Palo Colorado was ordered evacuated, Cal Fire said.

By evening, people living in the Carmel Highlands north of the fire were told to be ready to leave at a moment's notice if an evacuation was called.

Her sister also left her home down the road. "I grabbed all the pictures of the kids, and then I took the paintings of my parents that had been done by a local artist," Ellen Masten said.