Accessibility links
Debbie Wasserman Schultz To Step Down As DNC Chair President Obama praised Wasserman Schultz's service, saying that "her leadership of the DNC has meant that we had someone who brought Democrats together." 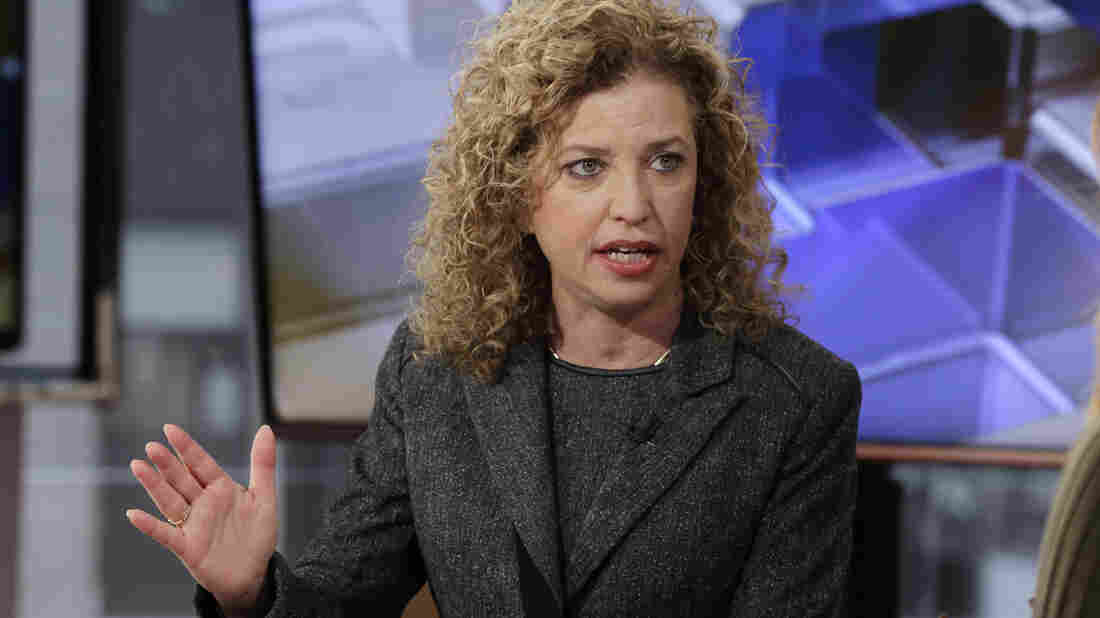 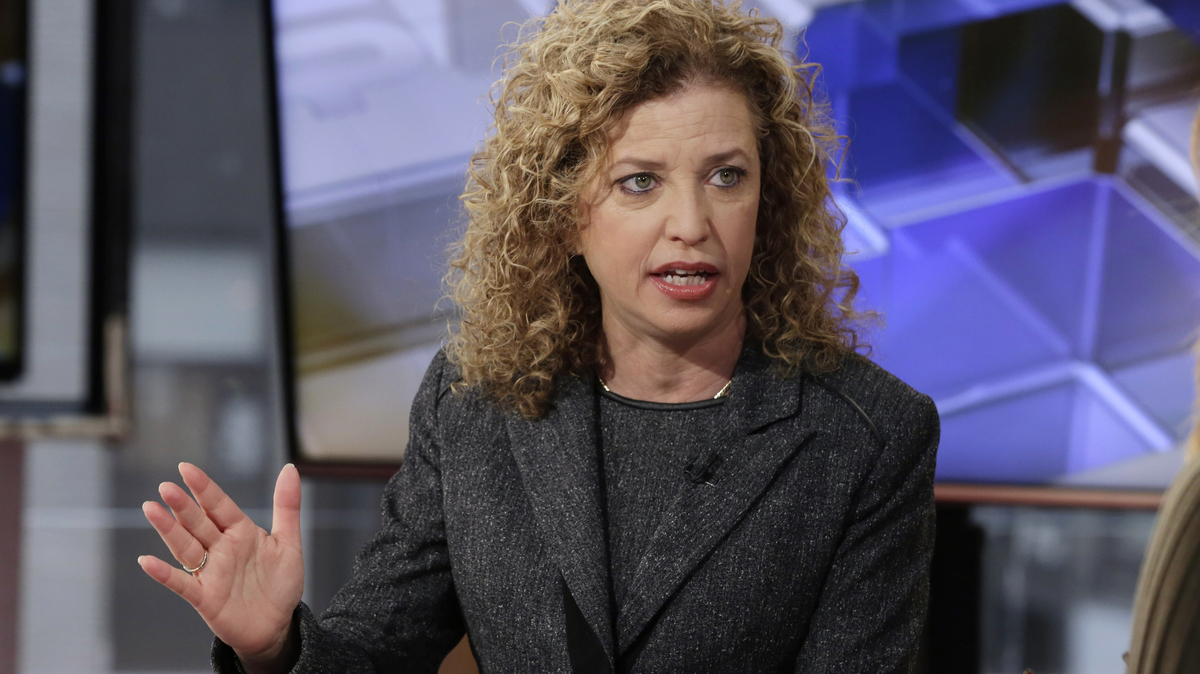 Amid furor over an email leak that revealed a bias against Bernie Sanders inside the Democratic National Committee, U.S. Rep. Debbie Wasserman Schultz announced Sunday she will step down as chair.

Wasserman Schultz will still open and close the convention, she said in a statement, and "address our delegates about the stakes involved in this election not only for Democrats, but for all Americans."

"We have planned a great and unified Convention this week and I hope and expect that the DNC team that has worked so hard to get us to this point will have the strong support of all Democrats in making sure this is the best convention we have ever had," the statement continued.

Donna Brazile, former Al Gore campaign manager and Bill Clinton adviser, will be the interim committee chair through the election, according to a verified tweet from DNC Communications Director Luis Miranda:

In response, Sanders said Wasserman Schultz made "the right decision for the future of the Democratic Party.

President Obama, who appointed Wasserman Schultz in 2011, praised her service, saying the Florida congresswoman's "leadership of the DNC has meant that we had someone who brought Democrats together."

In a statement, Hillary Clinton thanked her "longtime friend" for her leadership. "There's simply no one better at taking the fight to the Republicans than Debbie."

Clinton also announced that Wasserman Schultz will serve as honorary chair of the campaign's "50-state program to gain ground and elect Democrats in every part of the country" and that the two will campaign together both to help elect Clinton to the White House and to help with Wasserman Schultz's House re-election campaign.

Donald Trump campaign manager Paul Manafort said Wasserman Schultz resigned over "her failure to secure the DNC's email servers and the rigged system she set up with the Clinton campaign."

He said Clinton should follow Wasserman Schultz's lead and drop out over her failure to safeguard top-secret, classified information both on her unauthorized home server and while traveling abroad. Wasserman Schultz's emails only put the Democratic Party at risk, he said, but Clinton's emails put all of America at risk. 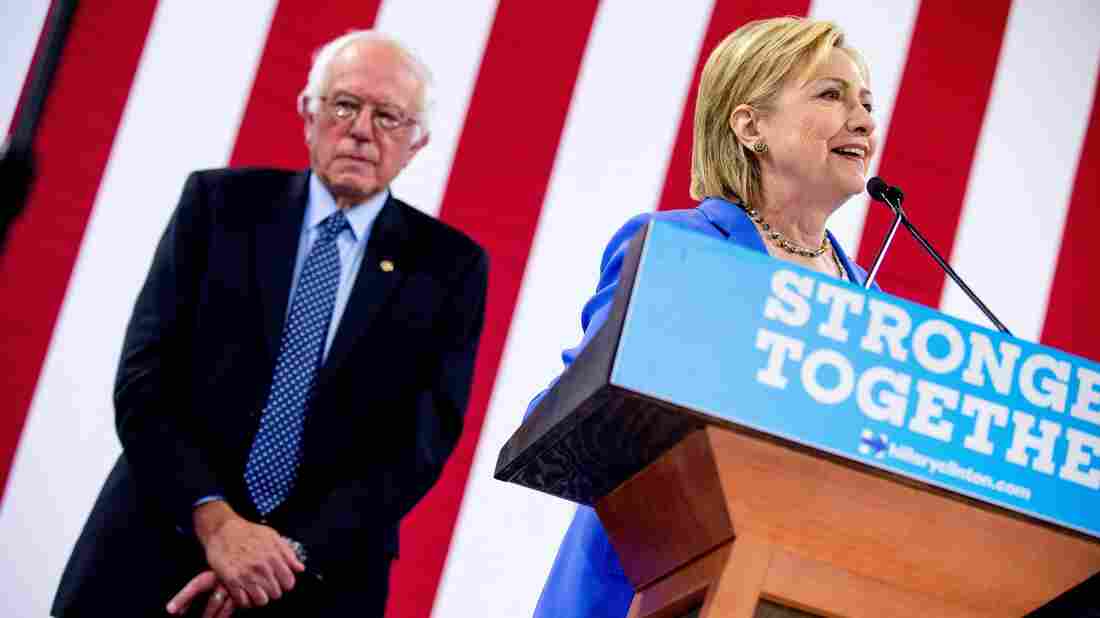 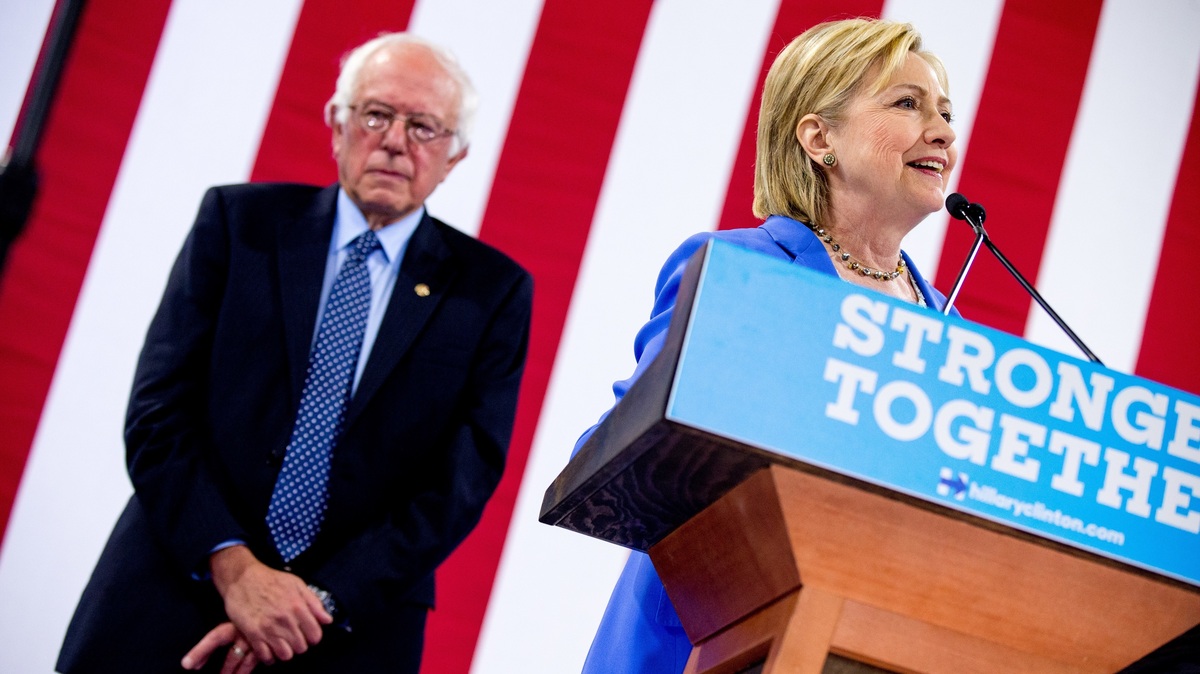 Earlier in the day, Wasserman Schultz was replaced as chair of the Democratic National Convention, which begins Monday in Philadelphia. Ohio Rep. Marcia Fudge was named the new convention chair.

Rallies, Marches And A 'Fart-In': Philadelphia Gets Ready For The DNC

The emails, which were released by WikiLeaks just days before the party's convention launches in Philadelphia, appear to show top DNC officials trading ideas on how to hurt Sanders at the polls.

In one email out of the 20,000 leaked, the committee's chief financial officer, Brad Marshall, appears to float an idea to question the Vermont senator's Jewish faith.

In an interview with CNN, Sanders, once again, called on Wasserman Schultz to resign.

"It goes without saying the function of the DNC," Sanders said, "is to represent all of the candidates to be fair and even-minded."

Sanders also called the emails an "outrage" and "sad" but also said they do not come as "a great shock." He believes that the DNC was "at opposition to our campaign" all along, he said Sunday morning.

"I mean, there's no question to my mind and I think no question to any objective observer's mind that the DNC was supporting Hillary Clinton, and was at opposition to our campaign," Sanders said.

He had been saying for months that he believes Wasserman Schultz should resign. She should step down, he said, "not only because of the prejudice I think [the DNC] showed during the campaign but also because I think we need new leadership that will open up that party" to working people, young people and "have the kind of vitality we need."

Clinton has had a long-standing relationship with the DNC and Wasserman Schultz. Wasserman Schultz was the co-chair of her 2008 bid for president. Sanders is a relative newcomer to the Democratic Party and the DNC, having long served as an independent in the Senate.

Still, Sanders and others feel that the DNC chair should remain neutral during a nominating process.

On NBC's Meet the Press, Sanders wouldn't say whether Wasserman Schultz should be forced to resign before the Democratic convention begins. But some of his supporters went there — commentator and activist Van Jones tweeted that he'll speak out until she steps down:

I will continue speaking out on #DNCleak disaster until @DWStweets steps down. I'm just getting started. #PlayFair https://t.co/ADOAglRSpk

She will not have a speaking role at this week's convention, according to several reports.

Blowback to the emails came from all corners of the political world Sunday — including Clinton supporters and Donald Trump.

Former DNC Chair and Virginia Gov. Terry McAuliffe, who is a Clinton supporter, called the leak "very disturbing" if true and told NPR that the chair's job should be "to remain neutral."

"I sat in that chair in 2004 trying to navigate all the different candidates we had," he said. "But if you had people in there who were trashing one of the candidates, I can tell you this, if I were still chairman, they wouldn't be working there. I mean, that is just totally unacceptable behavior."

Clinton campaign manager Robby Mook also called the emails "disturbing" and something that "voters need to reflect on."

Trump also blasted the emails via Twitter, saying they would make it hard for Sanders to continue supporting Clinton:

The Wikileaks e-mail release today was so bad to Sanders that it will make it impossible for him to support her, unless he is a fraud!

Sorry folks, but Bernie Sanders is exhausted, just can't go on any longer. He is trying to dismiss the new e-mails and DNC disrespect. SAD!

But Sanders maintained that his support for Clinton is strong, saying his immediate message to his supporters now is that "disastrous" Donald Trump must be defeated. "My second message is that we continue the political revolution."