Accessibility links
Michelle Obama: From Reluctant Political Spouse To Pop Culture Icon The first lady speaks Monday night at her third Democratic National Convention. Her popular image is a transformation from how she was first introduced to the country eight years ago. 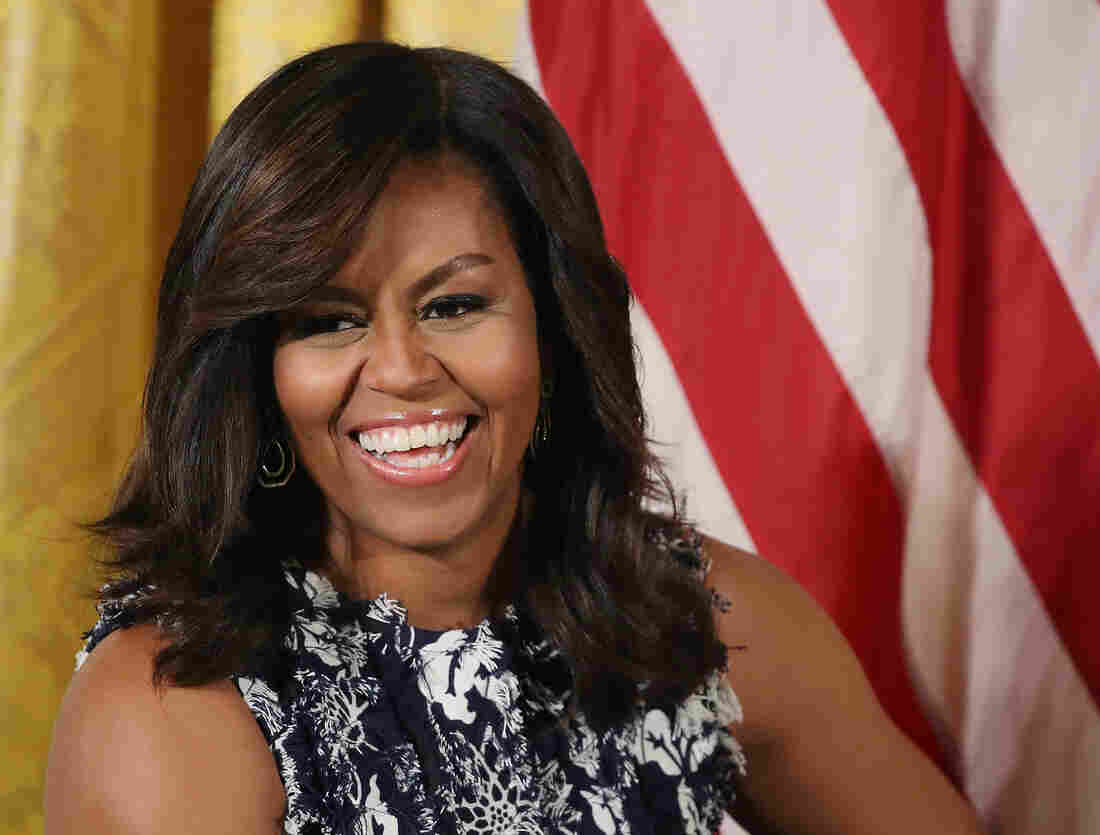 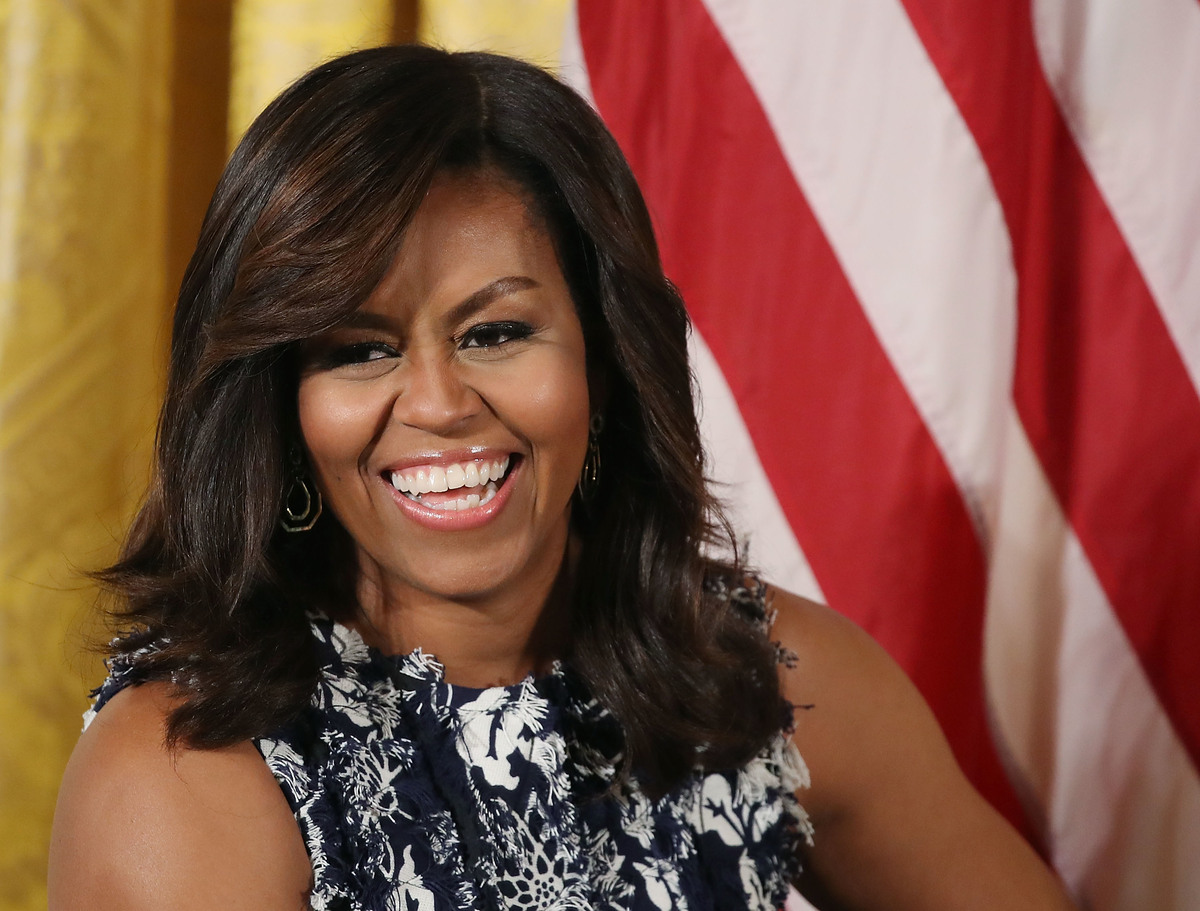 From the get-go, Michelle Obama was the reluctant political spouse.

She was apparently "not thrilled from the very beginning about Barack Obama's political career," going back to when he was an Illinois state senator, according to Peter Slevin, the author of a biography about Michelle Obama.

But, Slevin says, once she jumped into the political ring, she had a natural knack for connecting with voters.

The first lady speaks at the Democratic convention on Monday night — her third time addressing a Democratic national convention.

"The description that so many people use about her is authenticity," Slevin says. "You always have a feeling that when you ask Michelle Obama a direct question, you will get a direct answer."

That authenticity got her into hot water in February 2008. She was talking to voters at a campaign event in Wisconsin, when she told them this:

"Let me tell you something, for the first time in my adult lifetime I'm really proud of my country."

As Slevin recalls, "Half the country knew exactly what Michelle Obama was saying and didn't think much of it, but it's unquestionable that what she said made the Obama campaign nervous. And very quickly she was caricatured in some quarters as an angry black woman."

On the eve of the 2008 convention, polling showed that fewer than 40 percent of Americans had a favorable opinion of her. Some disliked her, but a lot of folks just didn't know who she was.

Stephanie Cutter was brought in to help introduce her; she was the first lady's chief of staff at the time and a longtime Democratic strategist.

"She has a relatability that few people have," Cutter says. "We knew that the convention in 2008 was the best opportunity to present Michelle Obama to the American people without anybody else's filter put on it. It was an unfiltered opportunity."

And so, as Michelle Obama took the stage in Denver at the Democratic National Convention, she had a mission to win over the skeptics, by sharing her personal story.

Obama described the U.S. as "this great country where a girl from the South Side of Chicago can go to college and law school. And the son of a single mother from Hawaii can go all the way to the White House."

"We committed ourselves to building the world as it should be," she added.

The description that so many people use about her is authenticity. You always have a feeling that when you ask Michelle Obama a direct question, you will get a direct answer.

That speech was a resounding success.

Before Obama's presidency, Michelle Obama was a high-powered hospital executive. During her husband's presidency, she has largely remained apolitical. Her public role has focused on supporting military families and reducing childhood obesity.

Slevin says with time, she has become more confident. And with confidence comes candor.

As her husband's presidency nears its end, she has opened up about the challenges of being the country's first African-American first lady.

"I was also the focus of another set of questions and speculations, conversation sometimes rooted in the fears and misperceptions of others. Was I too loud or too angry or too emasculating?" she told the graduating class at historically black Tuskeegee University last year.

She talked about how it felt to be mocked on the cover of the New Yorker.

"It was a cartoon drawing of me with a huge Afro and a machine gun," Obama said. "Now, it was satire, but if I'm really being honest, it knocked me back a bit."

As Michelle Obama steps onto the stage tonight, she no longer needs to sell herself or her family to Democrats.

She is a pop culture icon whose videos go viral.

Monday night, she will perhaps be the most popular Democrat in the room: a first lady with authenticity, trying to make the case for the country's first female president — a candidate who struggles with authenticity.