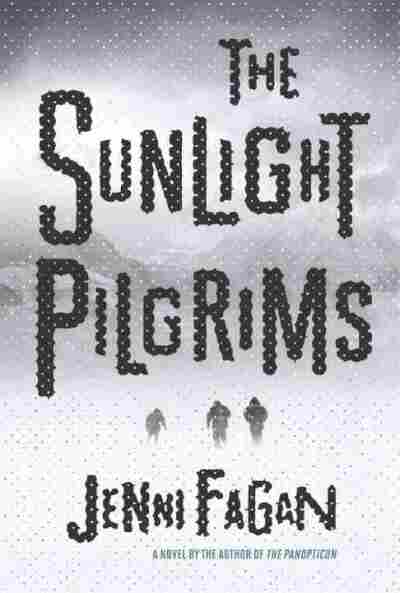 The Panopticon, the 2013 debut by Scottish author Jenni Fagan, dealt with the tribulations of adolescence against a highly charged backdrop, a home for juvenile offenders that turns out to be more insidious than it seems. Adolescence also plays into Fagan's follow-up, The Sunlight Pilgrims, but that's only part of the picture.

Stella is a 12-year old transgender girl living in a trailer park in Scotland. Her mother Constance refurbishes thrift-store finds to get by. And a bereaved man named Dylan wanders north from England, intersecting their lives in unexpected ways. The Sunlight Pilgrims' setting, though, is even more chilling (literally) than The Panopticon's: In the midst of the worst winter in recorded history, civilization has begun to freeze solid, leaving Stella, Constance, and Dylan on the brink of a strange, new world.

Fagan doesn't needlessly embroider her premise. The year is 2020, and temperatures of near 50 below have settled into the northern latitudes. That's all the exposition needed; from there, The Sunlight Pilgrims settles into an internal winter. Stella and Constance, refreshingly, don't wallow in any kind of broken-family, single-mother-and-daughter angst. Their relationship is combative, playful, fierce, profane, and loving. Dylan's arrival — especially his first encounter with Stella — shows Fagan's keen ear for crackling dialogue that betrays a bittersweet depth. And her imagery is sumptuous. As the cold, slow reality of climate change creeps across the countryside, she delivers page after crystalline page of haunting, heart-stopping lyricism: "Icicles grow to the size of narwhal tusks, or the long bony finger of winter herself."

Rather than turning the book into some survivalist potboiler, she renders this new Ice Age in snatches of distant newscasts and school closures, an intimate, at times mundane view of the apocalypse.

Dylan and Stella are the main characters of The Sunlight Pilgrims, but Stella steals the show. Precocious, foul-mouthed, romantic, and tenderly complex, she aches to see her beauty reflected in the eyes of others, even as she doubts it herself. The onset of puberty is her own metabolic Ice Age; as the first hints of facial hair and a deeper voice appear, her dread in the face of inexorable biology takes on catastrophic dimensions. It's not the only parallel Fagan draws between the onslaught of blizzards and glaciers and a more internal kind of climate change: In particular, Dylan's quest to cope with the deaths of the two women closest to him — while having that void seemingly filled by two new women — poignantly portrays grief as a continuum rather than something to simply get over.

Still, Fagan doesn't hit anyone over the head with symbolism. She's disarmingly subtle. Rather than turning the book into some survivalist potboiler, she renders this new Ice Age in snatches of distant newscasts and school closures, an intimate, at times mundane view of the apocalypse that captures what so much apocalyptic literature loses: the way humans can become mute, withdrawn, and even darkly humorous in the face of doom, rather than running around in panic.

There's plenty of that going on the background of The Sunlight Pilgrims; the world is indeed falling apart. Sinkholes and mass shootings erupt at random. With civic resources stretched beyond breaking, people take shelter in Ikeas, living out their final days in a false, frigid paradise. Yes, it's bleak. But Fagan also imbues it sparks of wit, scathing sweetness, and twists of tragic beauty. The Sunlight Pilgrims isn't some didactic parable about global warming, but it is, in its own way, a cautionary tale — about what happens when the changes in life we both yearn for and fear start to seep into our souls.