Accessibility links
To Preserve History, A National Park Preps For Climate Change Climate change is affecting what visitors see in Mesa Verde National Park. Over the past decade, scorching wildfires have destroyed archaeological artifacts — and have also revealed new ones. 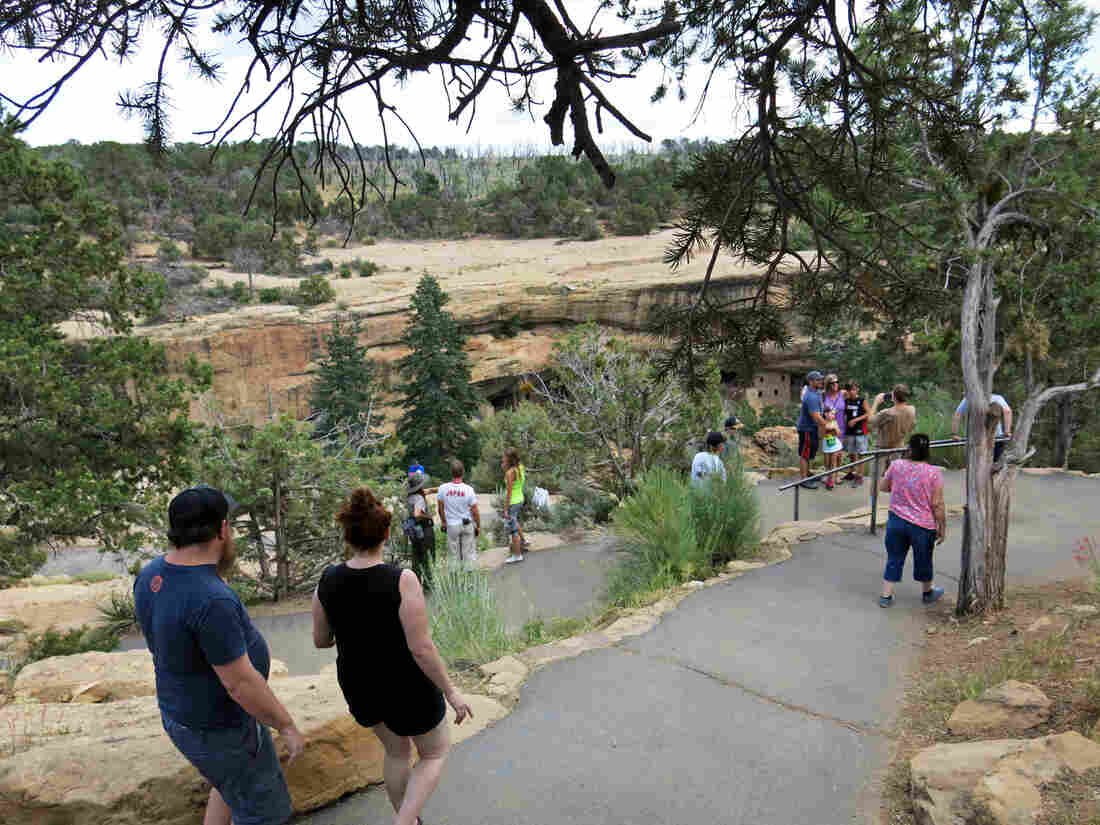 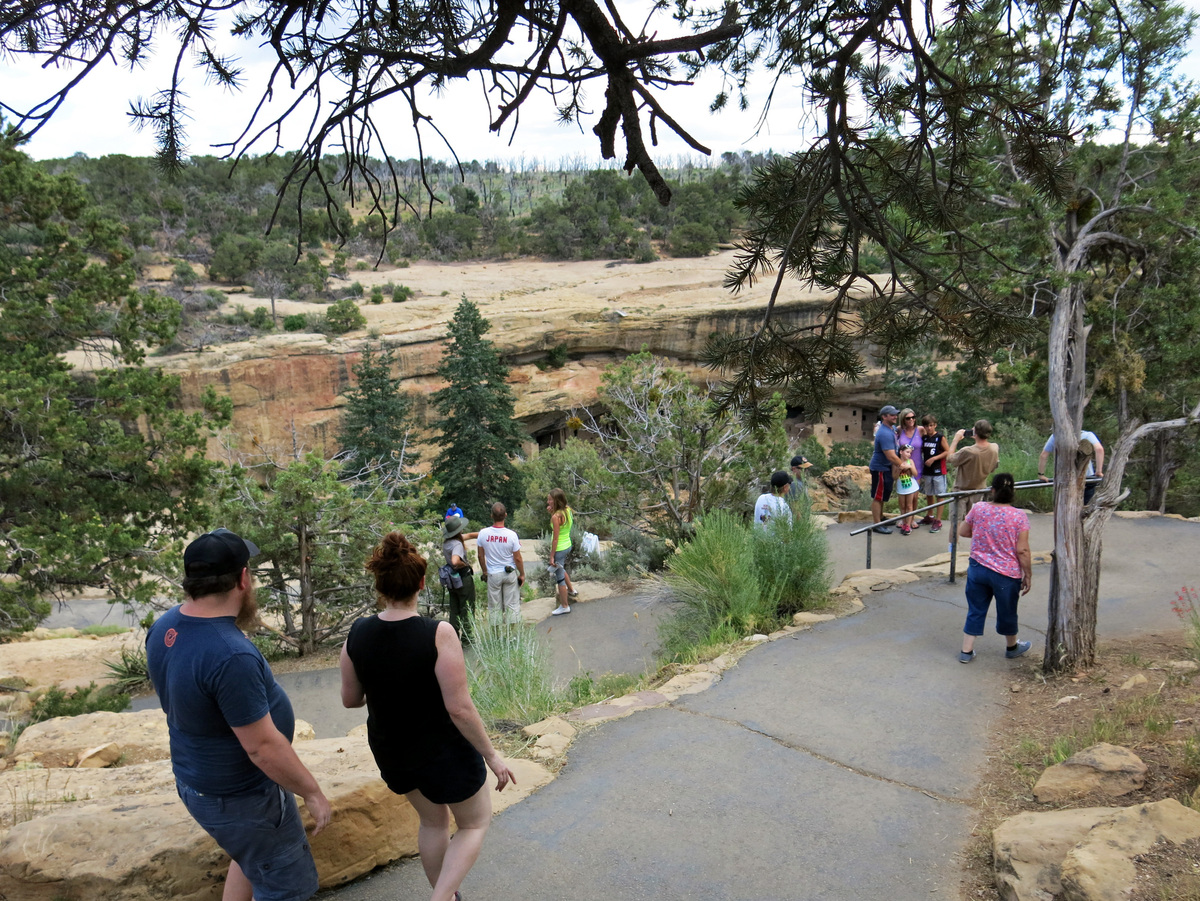 In 2016, Mesa Verde National Park officials closed Spruce Tree House because of crumbling rock. Previous restoration efforts and more extreme temperature swings, which may be connected to climate change, are two reasons why the staff here thinks rock is crumbling.

Mesa Verde National Park in southwest Colorado is known for its iconic cliff dwellings, but archaeological artifacts left by the Ancestral Pueblo are all over. Rocky remnants of homes and farming sites are scattered throughout the dense pinyon juniper forest.

Wood attracts fire though. And if you take a walk inside a forest ravaged by wildfire, you get a sense of the daunting challenge facing Scott Travis, chief research and resource manager for Mesa Verde National Park. It's his job to protect these sites. He points to rocks the Ancestral Pueblo used as a farming terrace from the 1100s to mid-1200s.

"This is also a good example of some pretty substantial damage that occurred due to fire," Travis says.

WATCH: Stand At The Edge Of Geologic Time

Between 1996 and 2003, wildfires burned about half of the park. We're standing at a spot that looks like an eerie forest from a Tim Burton movie. Travis says heat and red firefighting foam damaged this farming terrace.

"Sometimes that just produces that red patina I pointed to," he says. "But sometimes it results in 'spalls' and eventual failure."

In other words, rocks crumble if wildfires burn too hot and history is lost. Despite this damage, there are positives that come with fire. In 2002, it led to 73 undiscovered sites including traces of dams and homes in this spot. Overall, though, the threat of wildfire weighs heavy here. Scientists expect it to become more severe in the face of climate change. Travis says that makes planning difficult.

National Park Daguerreotypes Invite Viewers To 'Merge With The Land'

"It's the variability. It's the lack of predictability for us," he says. "I mean, after hundreds of years of studying the weather, the predictability is the challenging part."

Take this past winter. It was one of the coldest and wettest in recent memory. The moisture led to green trees and underbrush. But as the summer dries things up and temperatures hit the 90s, there's a severe wildfire threat. 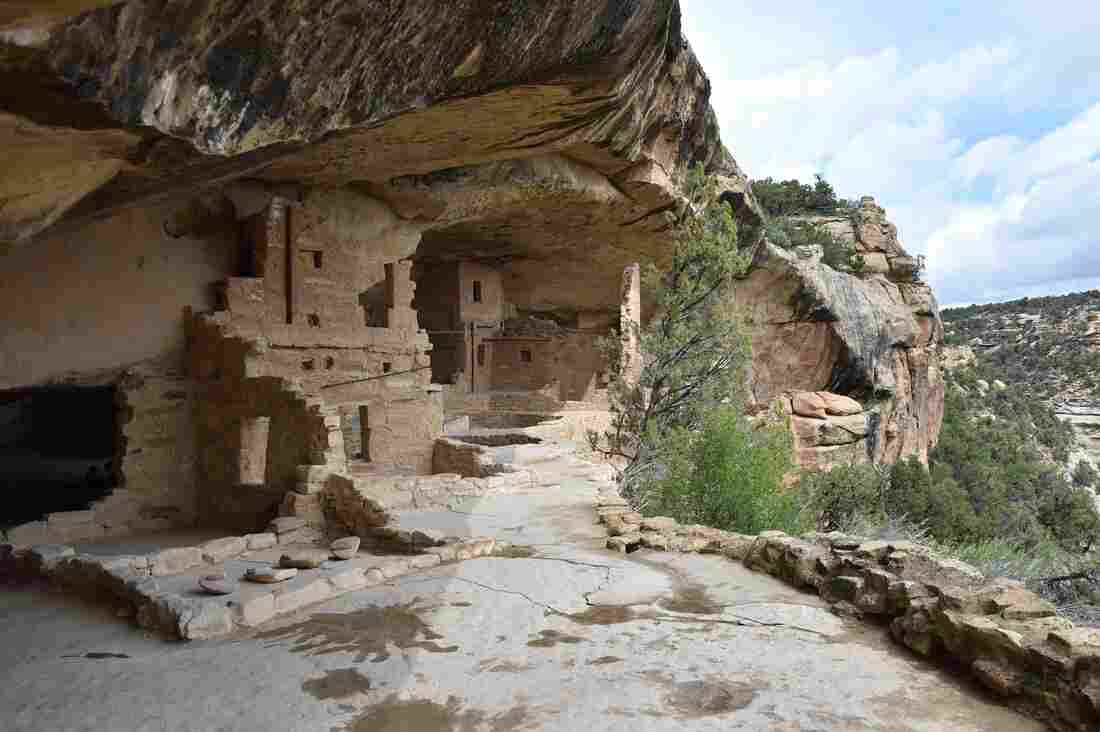 A view of Balcony House, one of the cliff dwellings built by the Ancestral Puebloans at Mesa Verde National Park in Colorado. Mladen Antonov/AFP/Getty Images hide caption 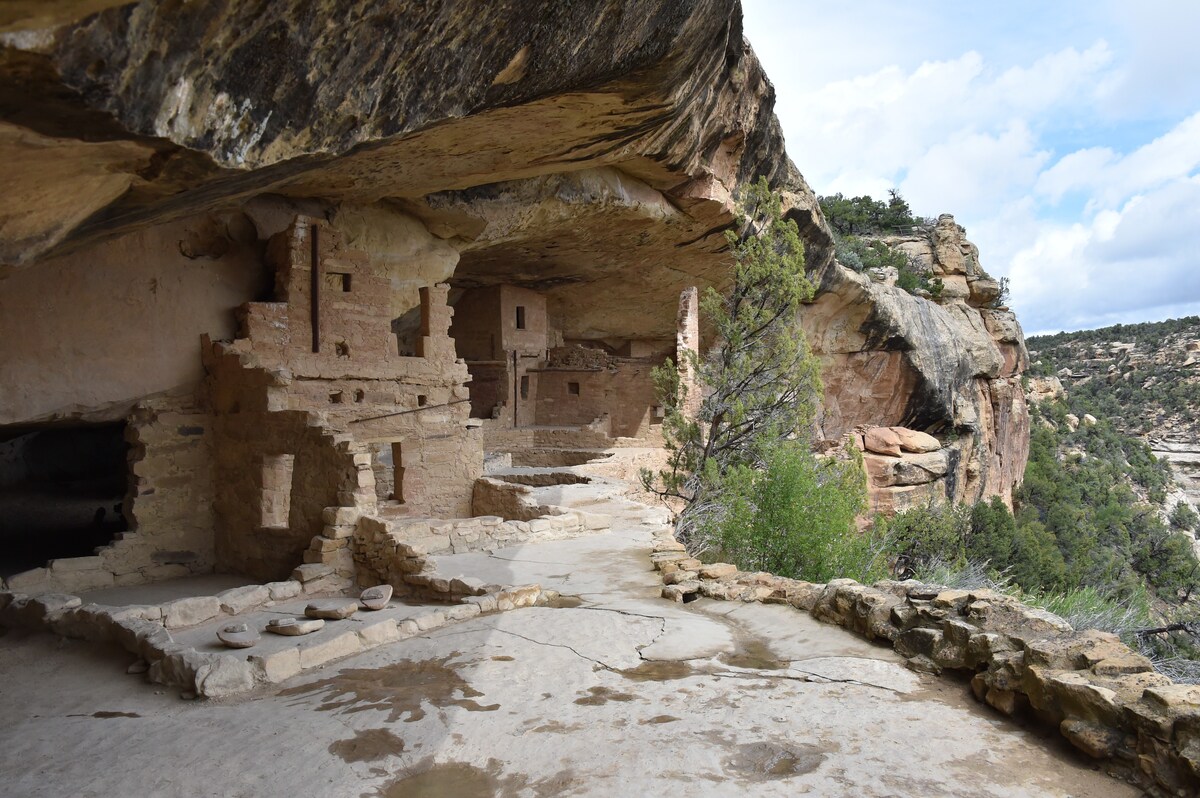 A view of Balcony House, one of the cliff dwellings built by the Ancestral Puebloans at Mesa Verde National Park in Colorado.

"It's not a question of if, it's when — and then, how big," says George San Miguel, natural resource manager at Mesa Verde. If it's hot, dry and windy, it's nearly impossible to stop a fire. San Miguel is concerned about losing too much of the forest. It's more than just an ecosystem.

"If the woodland disappeared and this turned into more of a desert, the authenticity of the Mesa Verde story would be diminished to the visitor coming here," he says.

It's a different experience if you can't see the trees the Ancestral Pueblo used to build homes and tools. Ultimately, it's research that San Miguel and Travis hope will lead to solutions for the park.

On his office table, Travis rolls out a large map of Mesa Verde National Park the size of a flag. It divides Mesa Verde into squares. In the coming years, he wants park archaeologists to build a detailed picture of artifacts and cliff dwellings inside many of these units. Ideally they'll rank them on resilience to things like wildfire.

"To just be reactive is really not going to give us anything," he says. "Being problem focused, having a programmatic design at least to me seems to be a more effective way to go about this."

Eventually Travis hopes to be able to predict how sites — and Mesa Verde's iconic cliff dwellings — will react to different climate change scenarios.