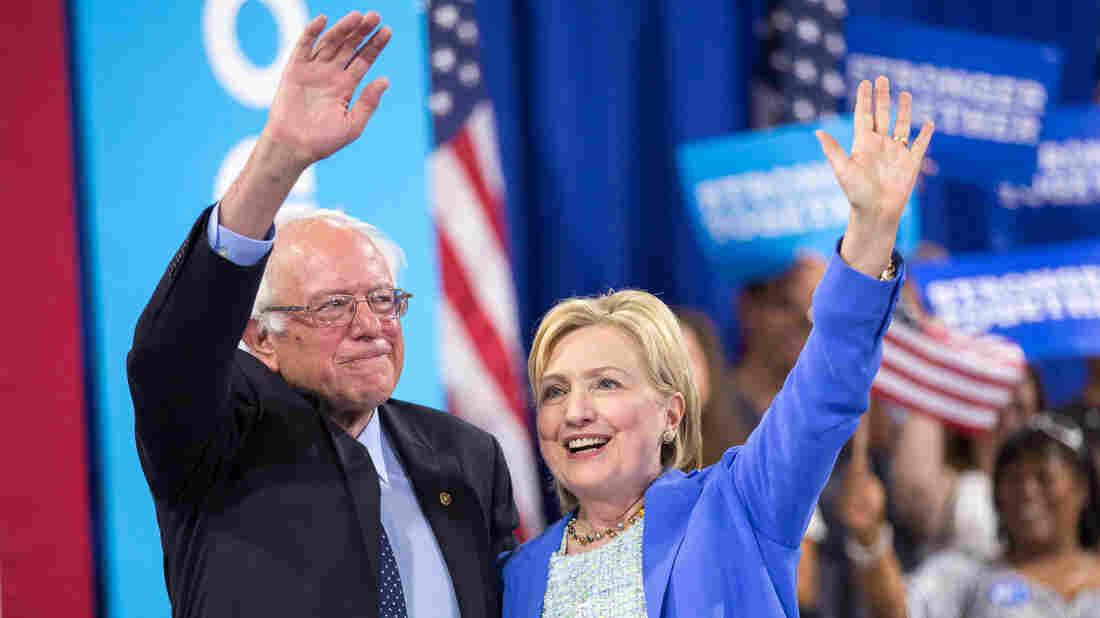 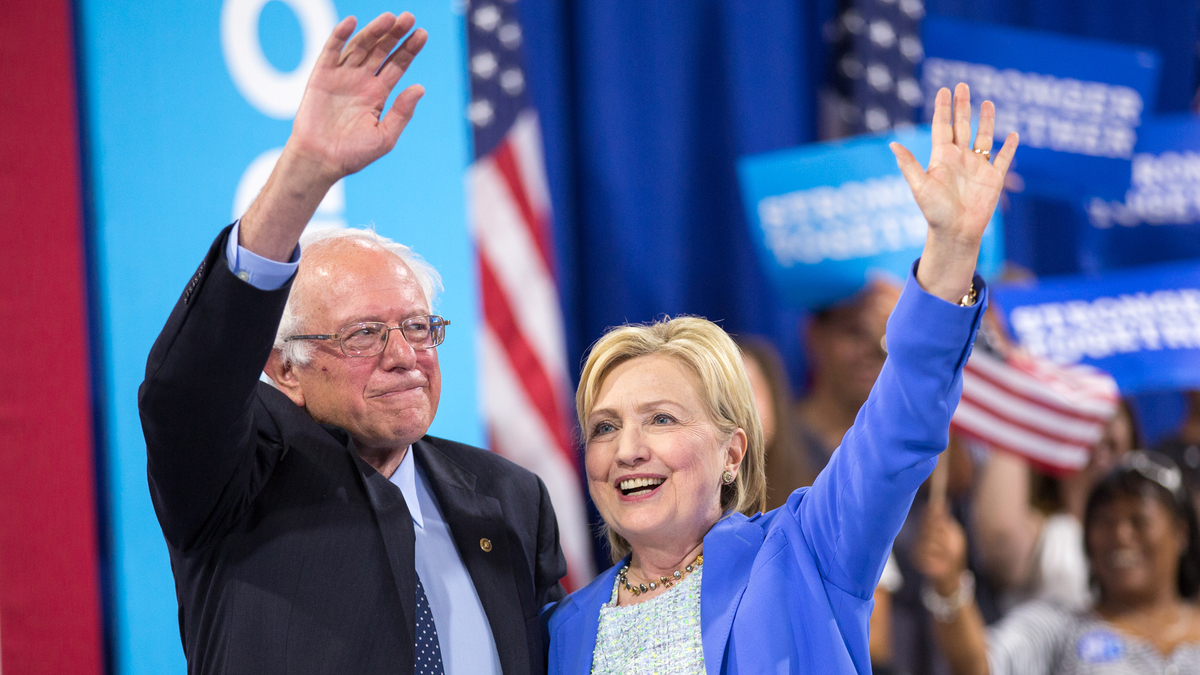 The Bernie Sanders campaign is in talks with the Hillary Clinton campaign to call for the party to unanimously nominate Clinton for the presidency on Tuesday night, a Sanders spokesperson tells NPR's Arnie Seipel.

What's being discussed is that, near the end of the roll call of state delegates, there would be a call for acclamation by the Vermont delegation, making it likely that Sanders himself would make her nomination official.

The move would be another major show of unity from the candidate, who also strongly endorsed his Democratic primary rival in a Monday-night speech.

In that speech, Sanders told his more than 1,800 delegates, "I look forward to your votes during the roll call."

However, he also unequivocally voiced his support for the former Secretary of State.

"By these measures, any objective observer will conclude that — based on her ideas and her leadership — Hillary Clinton must become the next president of the United States. The choice is not even close," Sanders said.

Should he call for acclamation, it would echo what Clinton did in 2008 for Barack Obama. When the roll call came to New York, Clinton called for a vote for Obama by acclamation, ending the roll call vote. It was a move that allowed the party to nominate Obama unanimously after a long and divisive primary fight.

Despite Sanders' endorsement, some passionate Sanders supporters refuse to support Clinton. Several speakers Monday night drew jeers from the crowd, and there were scattered boos amid the cheers when Sanders himself praised Clinton.

Mikulski, the longest-serving woman in Congress, and Lewis, a major civil rights leader, have both broken down political barriers, and they are set to make history again as they help Clinton become the first female nominee of a major political party.