'They Cannot Silence Us': Sanders Supporters Protest After Clinton Nomination

'They Cannot Silence Us': Sanders Supporters Protest After Clinton Nomination 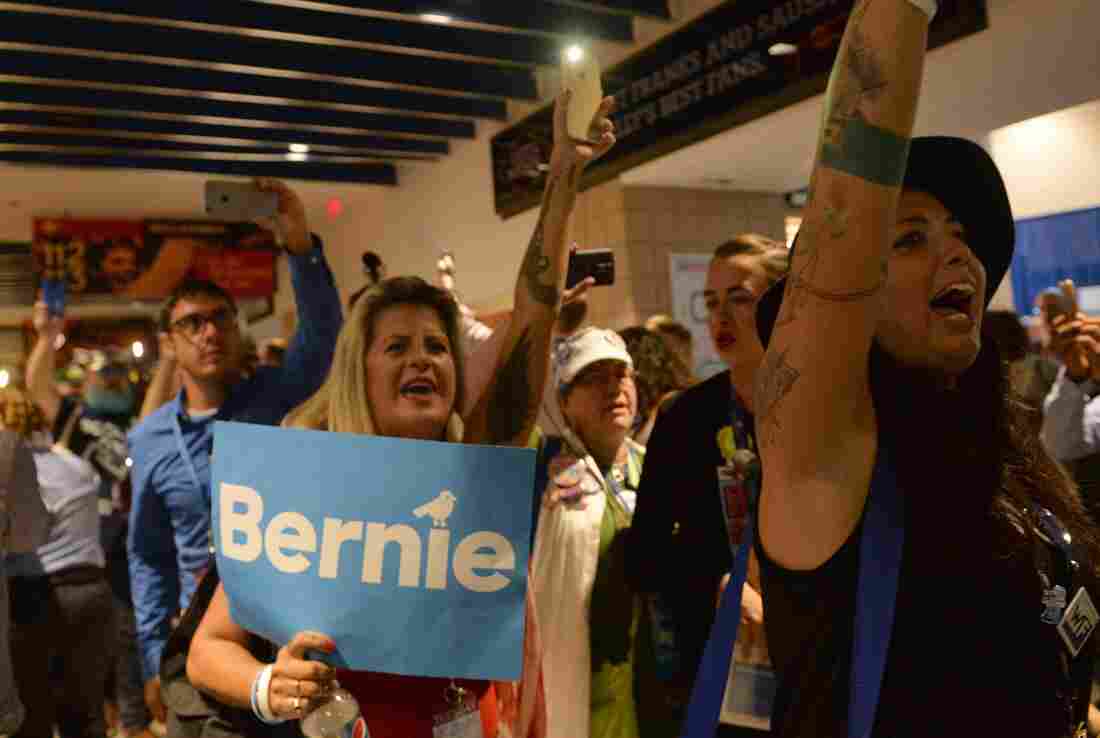 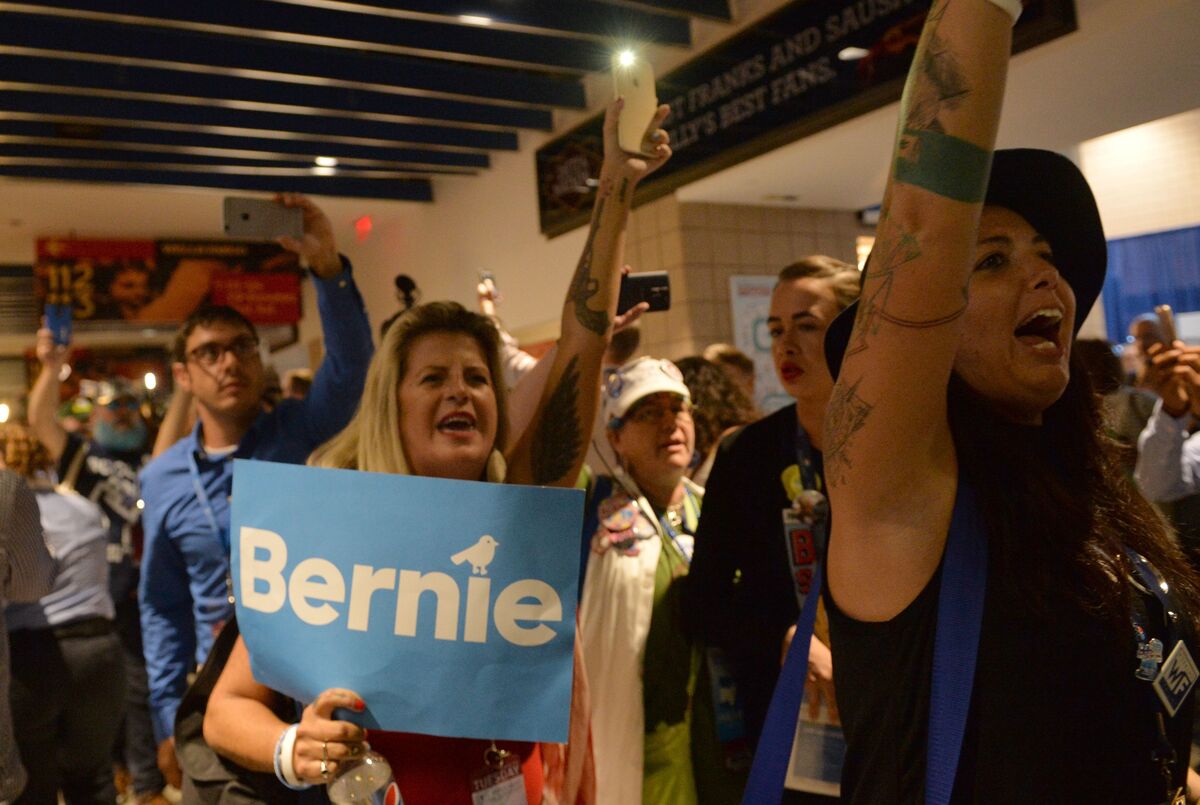 Bernie Sanders supporters walk out of the Democratic National Convention on Tuesday after Hillary Clinton became the official Democratic nominee.

Hundreds of Bernie Sanders supporters walked out of the Democratic National Convention in protest Tuesday, after the roll call vote of state delegates was completed with Hillary Clinton officially receiving her party's presidential nomination. The walkout came after the Vermont senator moved to nominate Clinton through acclamation, basically turning his delegates over to her.

The protesters left the Wells Fargo arena chanting "This is what democracy looks like." They moved just outside the arena to a tent set up for media covering the convention. Many entered the press tent and then took part in a silent sit-in, some with their mouths taped or tied shut.

'Mothers Of The Movement:' Hillary Clinton Will Say Our Children's Names'

A few talked to the press. Melissa Michelson, a Sanders delegate from Los Angeles, said she came to show solidarity with "the political revolution, that is continuing." Michelson said even though she knew Clinton would become the Democratic nominee, and even though Sanders has supported her, she wanted to use the opportunity to "get the message out that we still have a lot of work to do in this country."

Michelson said she's not yet sure if she will vote for Clinton in the fall, but she did plan to go back into the convention arena later in the evening.

Daniel Carter, 19, a Sanders delegate from Florida, was one of those outside, holding a Sanders sign against the glass with the words #BlackLivesMatter written on it. Carter said the mainstream media "blacked out Bernie the entire campaign." For him, a recent WikiLeaks dump of around 200,000 Democratic National Committee emails — some showing officials trying to undercut the Sanders campaign — meant Clinton's win was not fair. Carter said he does not believe Clinton actually won the Democratic nomination. "We haven't had an apology; we haven't had anything all week," Carter said of the convention's program. (The committee did in fact apologize in a statement, though not from the convention stage.)

Though Carter will vote for Clinton in the fall, he will not work or volunteer for her campaign, he said. Carter also said he plans to skip the rest of the convention and instead explore Philadelphia until he flies home Friday. "The system behind her is what I'm fighting against, and what I will continue to fight against," he said. "They cannot silence us. They cannot silence the people that want to see real democracy in this country."