Accessibility links
Joan Shelley, Live In Concert: Newport Folk 2016 "These are the smallest songs you'll hear at this folk festival this year, I think," Shelley said of her set with guitarist Nathan Salsburg. Small songs, perhaps, but each one contained a world. 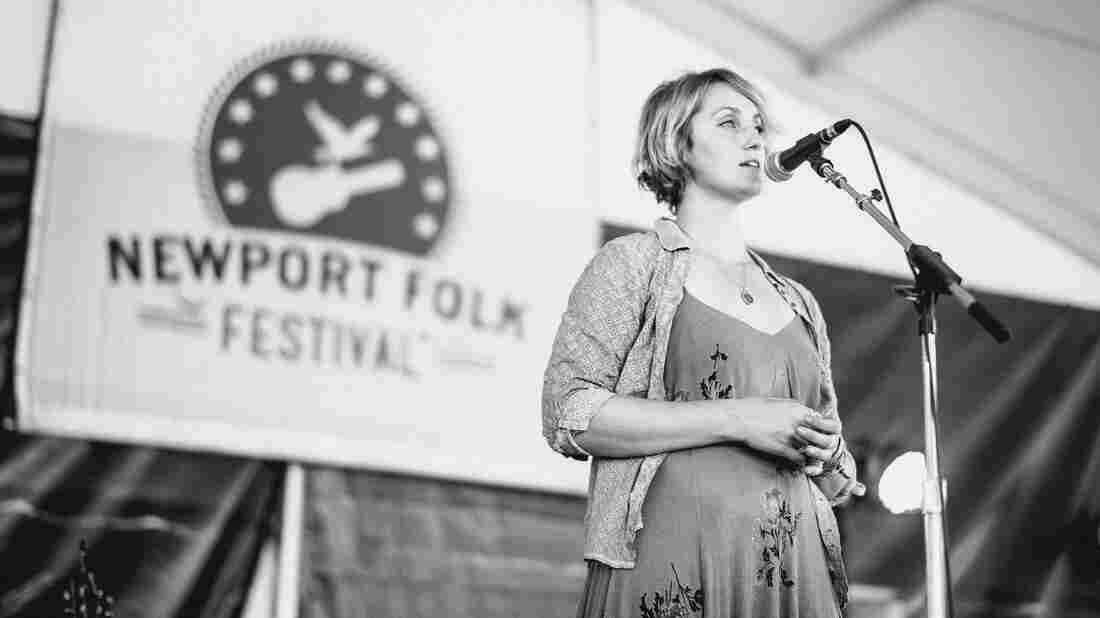 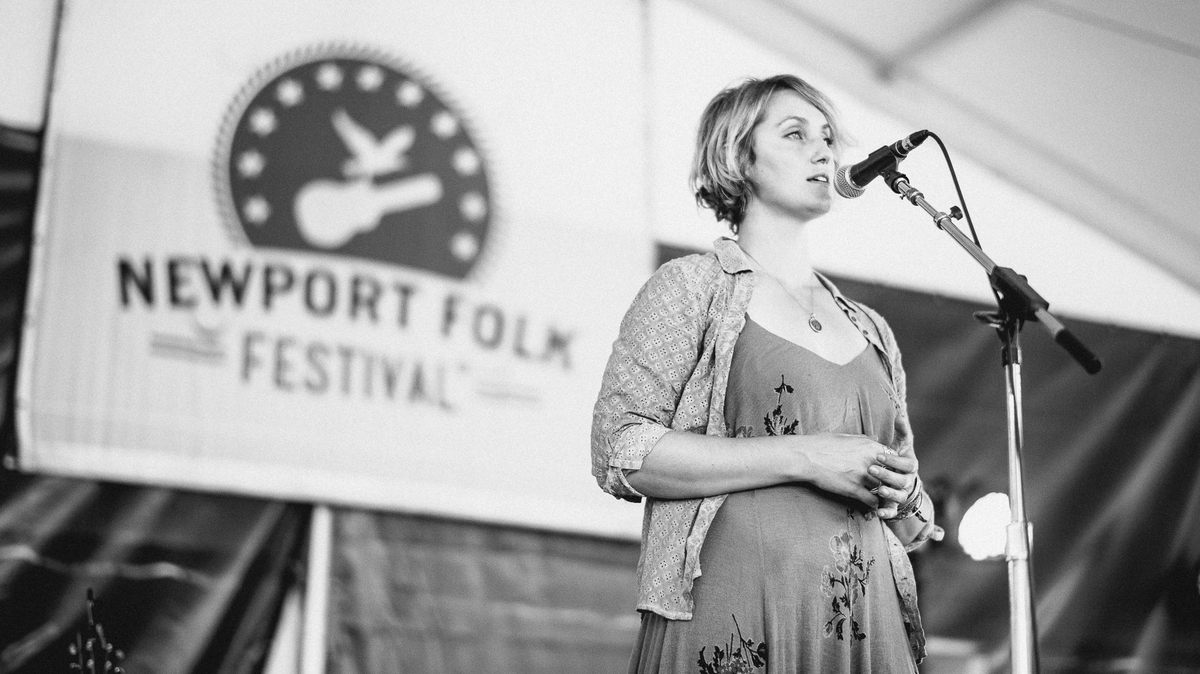 Louisville, Ky., singer, songwriter and guitarist Joan Shelley crafts lovely, sun-washed folk songs that she performs with gentle intensity. Her voice has the ineffable quality of being at once familiar and entirely fresh. Shelley's most recent album, Over And Even, was recorded by fellow Kentuckian Daniel Martin Moore, and her distinctive, pastoral songwriting and pristine voice quickly made it one of NPR Music's favorites of last year.

Joined by her Over And Even collaborator Nathan Salsburg on guitar, Shelley made her Newport Folk Festival debut on Sunday. She mostly played her own songs, but also nodded to her Kentucky roots with an effortless-sounding a cappella version of "Darlin' Don't You Know That's Wrong," by Appalachian folk singer Addie Graham. "These are the smallest songs you'll hear at this folk festival this year, I think," Shelley remarked with a wry smile, alluding to the louder, rockier bands on Newport's bigger stages. Small songs, perhaps, but each one containing a world.