Accessibility links
Why The First Name On The Ballot Often Wins Presidential elections draw lots of attention, but voters also have to make lots of less familiar choices. The order in which their names are listed on the ballot can help candidates, a study shows.

Presidential elections draw lots of attention, but voters also have to make lots of less familiar choices. The order in which their names are listed on the ballot can help candidates, a study shows. 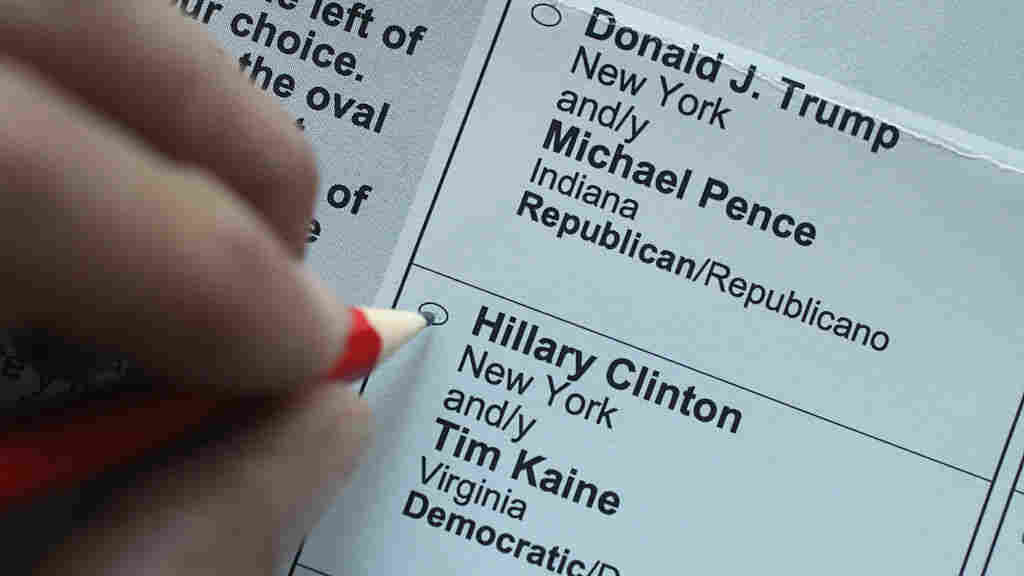 Does the order of names on the ballot make a difference? Sean Gallup/Getty Images hide caption 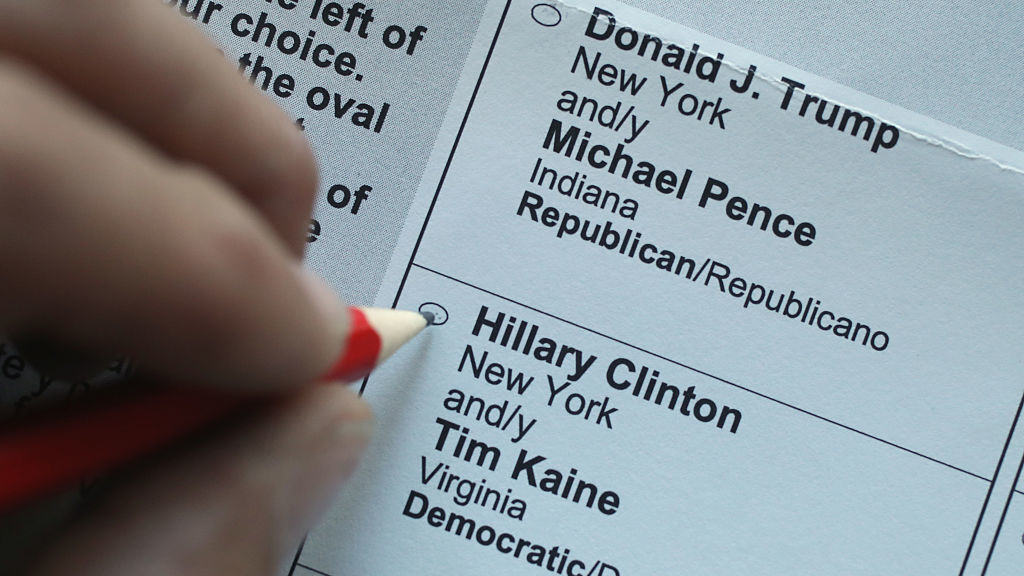 Does the order of names on the ballot make a difference?

You know, the election of presidents and senators often draws a lot of attention. But when most voters get into that ballot booth, they find they have to make a lot of lower-profile choices as well - think school board seats, judges, agriculture commissioners. So what happens when voters come by these unfamiliar choices? Well, NPR social science correspondent Shankar Vedantam is here to talk about this.

GREENE: OK. I plead guilty here. I've gone into voting booths. And I feel guilty because I had the chance to look in the newspaper and look at all this information about candidates. But sometimes I come to some of the decisions and I start wondering who these people are and how to decide.

VEDANTAM: I confess I do exactly the same thing, David.

VEDANTAM: I was speaking with Darren Grant. He's an economist at Sam Houston State University in Huntsville, Texas. He told me he got the idea for a study about the order of names on the ballot from a personal experience. He had a friend who was running for the local school board, and the friend's opponent dropped out of the race. So the friend was running unopposed, but the opponent's name was still on the ballot.

VEDANTAM: When the results came in, Grant told me he could not only tell that lots of voters weren't aware of who was running for school board, but how the order of names on the ballot made a big difference.

DARREN GRANT: You could see in the results that the fact that my friend was listed second on the ballot was costing him quite a few votes.

GREENE: I imagine he started actually testing this.

Now, of course, one way that voters pick people is to simply pick a political party - always vote Republican or always vote Democratic.

VEDANTAM: Right. So to test the ballot order effect, Grant analyzed the results of the Republican and Democratic primary races in 2014. In these races, voters couldn't use political party as a proxy to make a decision about whom to vote for.

He discovered that the order of names on the ballot for lower-profile races is very large. Going from last to first on the ballot raises a candidate's vote share by 10 percentage points...

VEDANTAM: ...Meaning how many voters are simply voting for the first name on the ballot.

GREENE: And that could actually sway an election if we're talking about 10 percentage points.

VEDANTAM: It certainly can. There was one race for a judge on the Texas supreme court, which offered a great test of the ballot order effect. So let's say some voters had learned a little bit about this race, and some of them had identified a candidate that they liked. What made this race interesting is that both candidates running had nearly identical names - Paul Green and Rick Green.

GRANT: It was what I called the perfect storm in terms of the ballot order effect. Even if people had said to themselves - I'm going to vote for the fellow named Green, then when they out to the ballot, they discover, well, there's two of those. And they don't know which one. So in that particular race, I found that the ballot order effect was just short of 20 percentage points.

GREENE: That's astonishing, Shankar. I do support any time someone wants to vote for someone named Green, I will say.

GREENE: But, I mean, 20 percentage points, this is a lot. I mean, are people who run elections actually thinking about this and thinking about doing something?

GREENE: Shankar, thanks as always.

GREENE: That is Shankar Vedantam. He regularly joins us on the show to talk about social science research. And you can find him on Twitter @HiddenBrain. And while you're at it, you can follow this program at @nprgreene, @NPRinskeep, @nprmontagne and @MorningEdition.