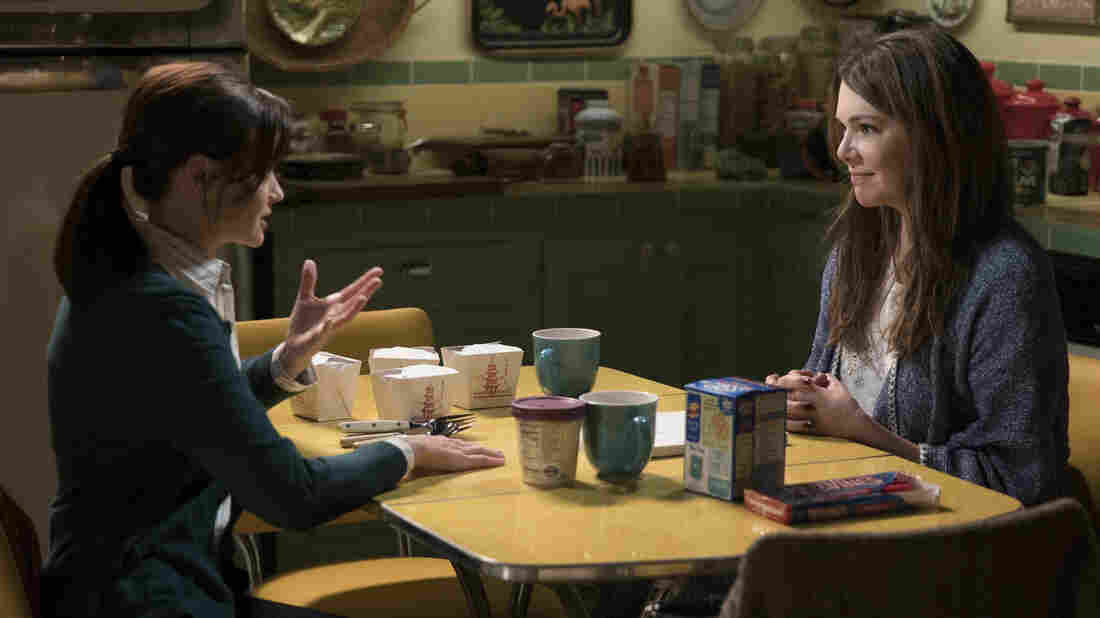 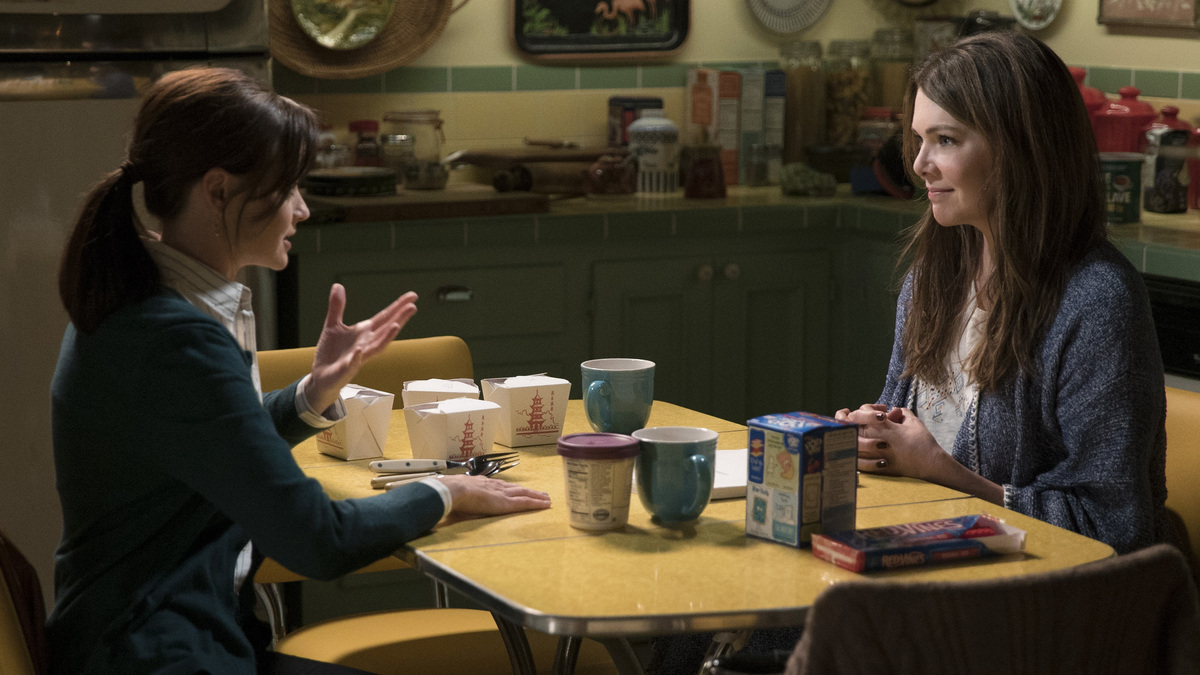 From the moment Netflix announced that it would be bringing back Gilmore Girls for four 90-minute episodes making up a sort of mini-season called Gilmore Girls: A Year in the Life, fans have wondered how long they'd have to wait and in what shape they'd find Lorelai and Rory Gilmore after years away. On Wednesday, Netflix announced an arrival date of Nov. 25 and showed critics the first two minutes of the first episode, "Winter."

To the surprise of no one, the opening scene of "Winter" finds Lorelai and Rory talking fast, talking about talking fast, and acknowledging with a wink that it's been a while since they had the chance.

This is certainly not the first recent reunion after many years away that the streaming service has facilitated — reuniting the Arrested Development team was a signature accomplishment of Netflix's early forays into original content. And according to the cast, it wasn't tough to slip back into the roles they left in 2007. Lauren Graham, who went on from playing mom Lorelai to six seasons doing more naturalistic dialogue on NBC's Parenthood, said that the show's signature fast-talking style was no work at all to resume: "It was literally like no time had passed. It was not difficult. It was easy. It was joyous. It was fun. It was exhilarating. It was the old show. I mean, there was no sense of having to resuscitate something, you know. It was just like it was meant to continue." She later added that after Parenthood, she "was actually kind of craving this structured, slightly more theatrical, elevated — I mean, it brought me back to the first time I read this part and fell in love with it."

Reopening closed books — as Netflix did with Fuller House and Wet Hot American Summer, to name two very different examples — increasingly seems to be a key part of the service's strategy. Executive producer Amy Sherman-Palladino made it sound like the specific differences between traditional television and streaming made it a lot more appealing to her to return. She said while it was great to get back in touch with the characters she'd loved writing, she particularly welcomed the chance to do it at Netflix, where the structure is more flexible and the creative and business imperatives seem different: "It was just, hey, you know, there's a Netflix now, which means we could do, like, a billion minutes, because we have a lot of words and we don't have to — it was a different form. You're writing not to commercials or to sell soap or tampons."

Of course, nothing is without trade-offs. That same off-network structure has its own complications, too. Sherman-Palladino has said for years that she knew what the final four words of the show were meant to be, and she didn't ultimately get to write the show's ending, as she and her husband, Dan Palladino, left before the final season. She said Wednesday that she wanted Netflix to release the episodes one at a time, not all at once, both because she still values traditional episode pacing and because she knew that if all four episodes dropped at once, fans who had waited for years to find out those four words would find it incredibly difficult not to be spoiled if they didn't choose to watch all four in one binge the minute they were available. She didn't win that argument; all four will drop at once.

But they're trying to keep some secrets as long as they can. The cast and producers gave little away about the storylines in the new episodes, except to say that all of Rory's ex-boyfriends will show up in some capacity or another and that the death of series regular Edward Hermann, who played Lorelai's father, is integrated into the show and, Graham says, "gave the show a depth and a sort of emotional complexity."

And yes, Melissa McCarthy makes an appearance, and Amy Sherman-Palladino is having none of the gossip making those negotiations out to be nasty: "You know, we love her. We always knew amongst us and amongst her, like, we knew that we were going to figure it out. It took on this weird life of its own. Everybody wants everybody to hate each other now. They want cage fights at the Democratic Convention. Every night they're like, 'But tomorrow somebody's going to shoot someone else in the head. Bernie's getting mad.' It's an age of, like, ugliness and 'how do we stir up bad feelings,' and it got this weird sheen on it, when all we were trying to do was figure out how this woman, who is doing Ghostbusters [and] is all over the world, can come spend five minutes to play with us."

Lauren Graham, for her part, was focused on getting to circle back in a way people often never get to do. "For me," she said, "it was just an incredible experience, too. It's like getting a chance to go to college when you're really ready, you know, when you really get what an incredible opportunity you have and how rare the time is. We were given the gift to get to go back knowing those things, and it just felt really emotional. It was a rare opportunity."