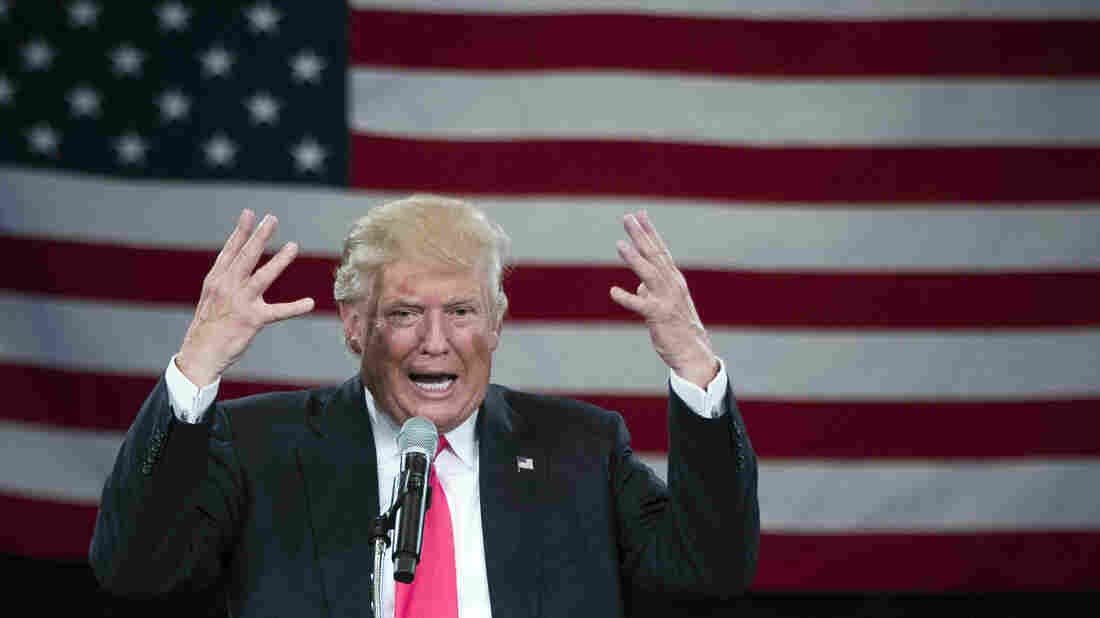 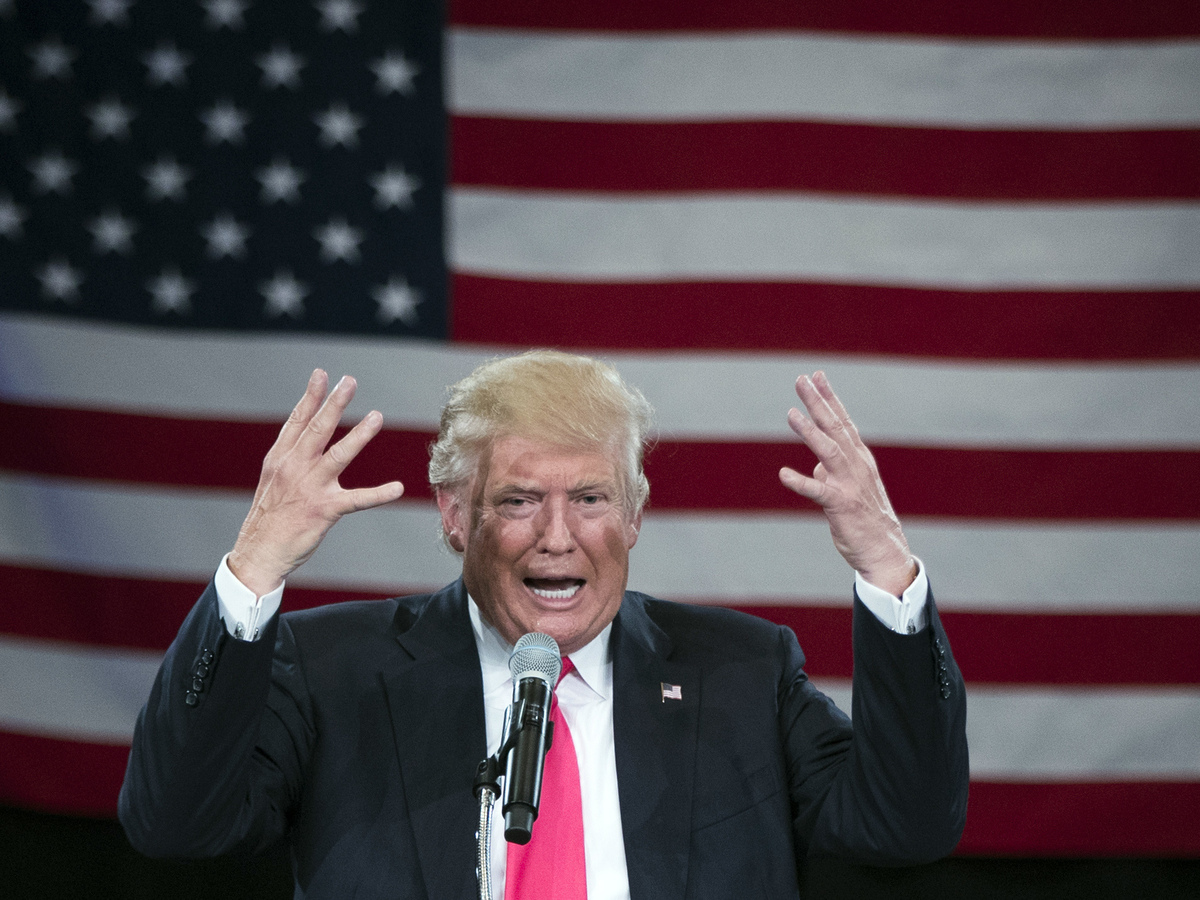 "I am the law-and-order candidate."

With that proclamation in his acceptance speech, Donald Trump made it official that he'd be recycling the themes and language of Richard Nixon's 1968 campaign. A lot of observers were quick to point out that 2016 is no 1968 and that Donald Trump is no Richard Nixon. As it happens, "law and order" isn't what it once was, either.

"Law and order" is an archaic expression, from the Latin "lex et ordo." Over the course of American history, it's the cry that the people in charge have raised to confront the threat of violence bubbling up from below — whether as popular insurrections, public disorders, radical agitators or gangs. It was a phrase invoked to condemn the striking auto workers in Flint in 1936 and the demonstrations organized by Martin Luther King in Birmingham in 1963.

Trump Will Model His Speech Off Nixon '68. But 2016 Is Dramatically Different

But for most Americans of the Nixon era, "law and order" was saturated with the mythology of the Old West. Hollywood made at least five Western films with that very title, most with the same tried-and-true plot: a lawman reluctantly takes up his badge one last time to clear out the ruffians who have been terrorizing the decent folks of Dodge or Tombstone.

Ronald Reagan starred in the 1953 film of that name. Thirteen years later, he revived the role of the new sheriff in town to win the California governorship, running as a citizen-politician who could restore law and order in the wake of the Watts riots and the disorders at Berkeley.

By the time Nixon and George Wallace adopted the law-and-order slogan in 1968, the phrase was everywhere in the air. The social fabric seemed to be coming apart at the seams: the assassinations of Bobby Kennedy and Martin Luther King, the urban riots, the Weathermen and the Panthers, the street protests and campus upheavals — and a violent crime rate that had risen alarmingly over the course of the decade. By August of 1968, voters saw law and order as the most important issue facing the nation, ahead even of the Vietnam War.

Nixon publicly denied that the phrase was a code for racism — the very accusation implied a "reverse racism," he said, as if the critics were suggesting that "the Negroes" didn't want law and order, too. But the message was clear enough in Nixon's references to a "city jungle" that threatened to swallow the affluent suburbs. His TV ads showed a middle-aged white woman walking nervously down a city street at night, where the assailants who might be lurking in the shadows presumably weren't hippies or demonstrators.

This was a new maneuver in modern American political rhetoric. Even in the South, most Americans had repudiated explicit racism. Now, crude appeals to bias had to be replaced by phrases that obliquely brought racial images to mind. People often describe these phrases as racial dog whistles, which send a signal that's only audible to one part of the audience. But their racial connections are usually pretty obvious to everyone. You don't need a Captain Midnight decoder ring to know that "welfare queens" or "inner-city culture" are references to minorities, no more than to know that "Park Avenue" is a reference to the rich.

Those phrases are less like dog whistles than Pavlov's bells — all the dogs can all hear them but they only salivate if they've been conditioned to respond. The important thing is that they leave you room to deny the associations to yourself and to others. And they provide the opportunity for a kind of rhetorical jiu-jitsu in response, where you turn the charge of racism against your critics. Somebody taxes you with racism for a remark about bands of youths in hoodies, and you indignantly point out that Mark Zuckerberg wears a hoodie too — and they're the one with race on the brain.

In the past, these racial bells have usually been abandoned when their associations become too obvious to be plausibly denied. The phrase "states' rights" is so tarnished by its association with segregation that nobody uses it now. If you want to object to federal control of some policy or program you have to say the issue should be "left to the states."

"Law and order" lasted as a political slogan into the 1990s — Bill Clinton invoked it to justify both tougher penalties and community programs. But by the turn of the century, the phrase was out of fashion, other than as the punning title of a popular TV series about cops and prosecutors. That owes something to the dramatic decline in violent crime since then, even if public perceptions haven't entirely caught up with it. But public attention had turned to other kinds of criminality — Enron and Madoff, cybercrime and mortgage scams.

Trump's single-handed effort to revive the slogan "law and order" is the key to creating the perception of a new crisis of crime and violence.

Trump's single-handed effort to revive the slogan "law and order" is the key to creating the perception of a new crisis of crime and violence; it weaves together assaults by those he calls radical Islamic terrorists, inner-city thugs and illegals. The racial overtones of the phrase are even harder to deny now than they were in the Nixon years, when white radicals and students were part of the mix. But deniability isn't as important as it used to be; in the new rhetorical climate, these phrases are mostly designed to troll the other side for its political correctness. Still, "law and order" itself sounds a little creaky now. It doesn't have the mythical resonances it did 50 years ago. When Trump uses it, it makes people think of Richard Nixon; when Nixon used it, it made them think of Wyatt Earp. But they're not making those movies anymore.