Accessibility links
Agalloch's 'In The Shadow Of Our Pale Companion' Taught Metal How To Wonder Guitarist Don Anderson breaks down the 15-minute epic from 2002, which he says "still gives me goosebumps."

02In the Shadow of Our Pale Companion

Songs We Love: Agalloch, 'In The Shadow Of Our Pale Companion'

02In the Shadow of Our Pale Companion

Agalloch taught metal not only how to wander but how to wonder. Over two decades, the Portland, Ore., band released five albums and several demos and EPs that didn't treat black metal, post-rock and neo-folk so much as distinct genres but as a sonic continuum. There was a pioneering spirit to Agalloch's music, uniquely American in how it found communion in nature and pride in its city and culture.

In May of this year, Agalloch went through a public breakup, the kind that lives on social media and fuels an echo chamber of speculation and misinformation. Ultimately, the issue came down to time — an extremely human need for a band that made timeless music. The band's leader, guitarist and vocalist John Haughm, wanted more out of Agalloch. Guitarist Don Anderson, bassist Jason Walton and drummer Aesop Dekker — men with families and careers outside of music — were heavily invested in Agalloch, but limited in the time they had to devote to it. 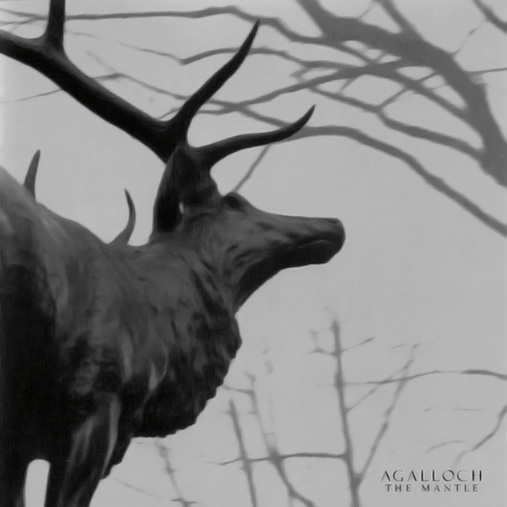 Upon revisiting Pale Folklore, The Mantle and Ashes Against The Grain — the band's first three albums, which were recently remastered and reissued on The End Records — one can still marvel at Agalloch's creativity. The original trio (minus Dekker) redefined dark music during this especially fruitful period, bypassing the building-block method to metal and instead molding the clay of Agalloch's disparate influences into a darkness that's kiln-fired anew.

"In The Shadow of Our Pale Companion" from 2002's The Mantle, in particular, lit something inside the imagination. It became a live standard, the song hardcore fans awaited (as heard in the rapturous reception that closed Agalloch's first NYC show, recorded by NPR Music in 2011). The 15-minute track cannot be called anything but epic; it builds slowly, yet with desperate purpose. Nylon and acoustic guitars figure heavily into its composition, the strings rumbling against the wood like fog through the forest. Meanwhile, Disintegration-dipped electric guitars bed Haughm's existential meditations on God, which alternate between a serpentine rasp and a chant. The majestic track culls equally from Ulver's folkloric black-metal masterpiece Bergtatt, spaghetti-western film scores and, after Haughm and Anderson witnessed the 2001 tour, Godspeed You! Black Emperor's guitar work and long-form songwriting.

Guitarist Anderson tells NPR that, at the time of recording The Mantle, "My approach to writing on top of what John was doing was to fill in absent chord tones of his chords, or add some counterpoint to his riffs and melodies. I never wanted to completely play what he was playing — although, if something was perfect the way it was, I'd leave it at that." Anderson shares a co-writing credit on "In The Shadow Of Our Pale Companion," and while their songwriting process would change over time, he says that here "the foundation is John through and through." His breakdown of the song is worth sharing in full:

I wrote the nylon guitar harmonies at the front of the song and added some rhythm guitar notes to fill out the main riffs. I brought in Ty Brubaker to play double bass and wrote his parts in the middle. I was obsessed with Ennio Morricone at the time (and still am), so when the drums do a Morricone snare pattern near the middle, I immediately grabbed a twangy-sounding guitar, found the tone and wrote and played the arpeggio flourishes before changing to a suspenseful, galloping pattern that for all of us evoked the tense gunfights in Sergio Leone's films. To this day it's one of my favorite moments in our discography and still gives me goosebumps. It is one of many nods to our favorite filmmakers and musicians on The Mantle.

From there I did the solo that opens with a full sweep. Little did I know how popular that simple, little sweep would be and that fans in the front row would be carefully watching my fingers at that exact moment and follow up by cheering and drowning out the next few licks in the solo or scold me for f****** it up (it's tough to pull off with sweaty hands).

But, regardless, John's solo before mine — during the slow parts — is incredible. John never fancied himself a lead guitarist, and any "shredding" type solos were left to me. But, that solo on the recording and live has so much feeling, inspiration and carefully chosen notes. I've told John this and I'll say it again: It's one of my favorite guitar solos ever. Right up there with some of the best. He proves you don't have to shred to be good. It was a pleasure playing rhythm during that moment live. I felt our musical differences were always complementary. This song is a solid example of that.

In an excellent entry to Decibel's Hall of Fame feature on The Mantle, Anderson speaks specifically to the influence of existentialist filmmakers who explored the themes of "man's relation to God — or the lack of God — nature, and the overall feeling that life is meaningless, and that hope is a futile project in light of our insignificance in the cosmos." That's in keeping with Haughm's lyrics here, determined in a "search of God, in spite of man / 'til the lost forsaken endless / This is where choose to tread." Where other metal bands copy-and-pasted Satanic themes to shock, Agalloch thoughtfully engaged with the unknown.

"John and I never talked about religion or God," Anderson tells NPR. "Most of our time together was always about music and writing music ... I suppose we both thought about God or existential matters generally through our shared love of filmmakers like Bergmann, Tarkovsky, Kieslowski and Bela Tarr. So, I think we had similar feelings about the question of God, but those feelings were never expressed in language — only in the music."

The Mantle, Pale Folklore and Ashes Against The Grain reissues are available now via The End.