Accessibility links
'It's Not My Story': Baz Luhrmann On Collaborating To Make 'The Get Down' Linda Holmes offers another update from the Television Critics Association meeting, this time on Luhrmann's hip-hop Netflix series The Get Down. 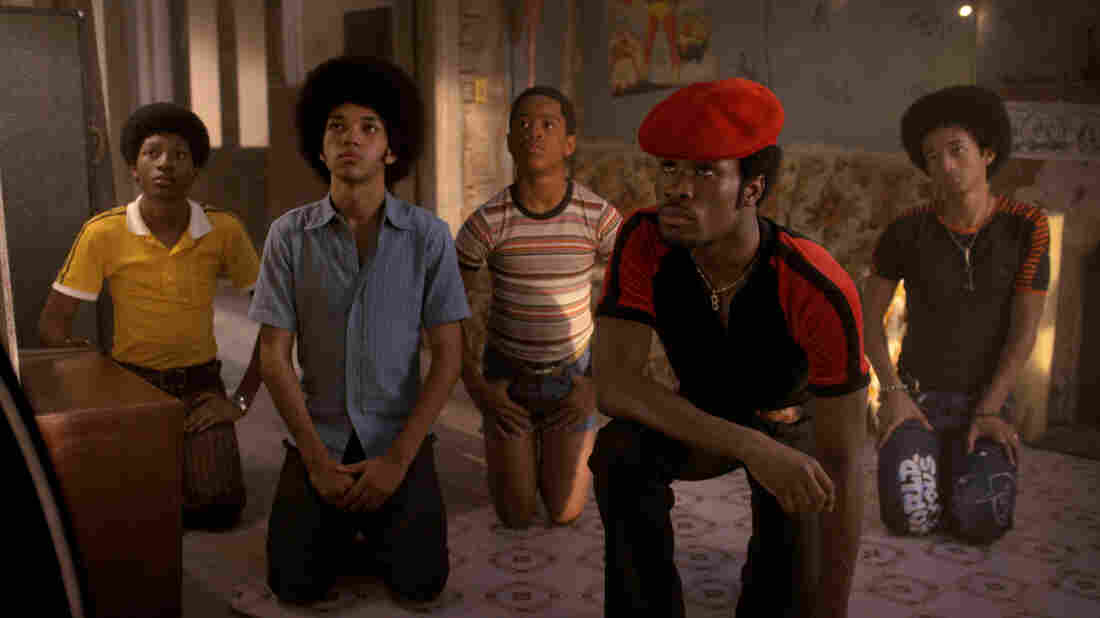 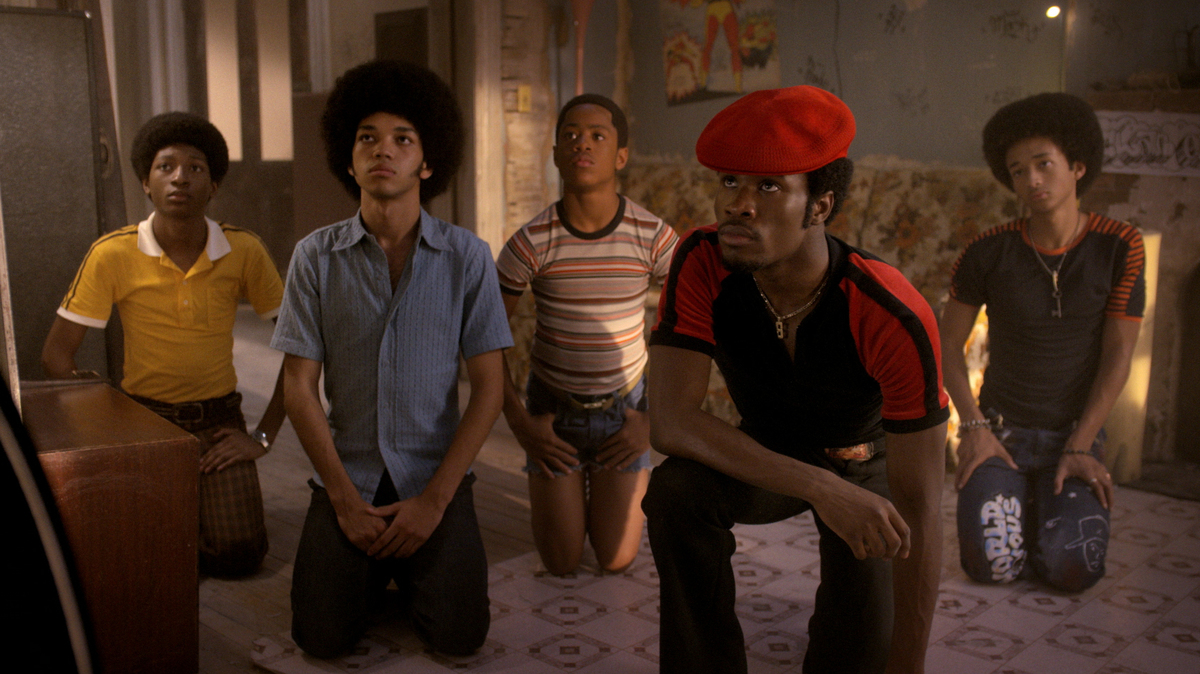 Skylan Brooks, Justice Smith, Tremaine Brown Jr., Shameik Moore, and Jaden Smith in The Get Down.

Baz Luhrmann seems aware that as an Australian writer-director who first became known for Strictly Ballroom, he isn't the most obvious choice to produce a drama series about the origins of hip-hop in the South Bronx in the late 1970s.

"It's not my story," he told critics on Wednesday at the Television Critics Association press tour. "I feel like I curated that story." The six-part Netflix series The Get Down is the result of his collaboration with people he knew were closer to this history themselves: Grandmaster Flash, who's an associate producer and a character in the series; Nas, who's an executive producer; music writer Nelson George, who's a supervising producer; and a lineup of consultants like DJ Kool Herc and Kurtis Blow. And all the people he worked with, he said, had a similar fear: that he would do, as he put it, "another outside-looking-in show."

But later in the day, when Grandmaster Flash did what felt like a combination of a DJ demo and a TED talk, he drew a picture of a house he called "the hip-hop house" and put four rooms in it. The four rooms: DJs, breakers, graffiti artists, and MCs. And as he talked about hip-hop as not only a movement in music but also visual art and dance and style, it started to make a certain amount of sense. Maybe with the right collaborators, Luhrmann, famous for hugely stylish extravaganzas like Moulin Rouge! and The Great Gatsby, was a more natural fit for the story than he seemed at first glance.

His interest in it, he explained several times, has its origins in his admiration for the mostly black and Latino kids who, at a time when disco still ruled, made something that ultimately became enormously influential with very little in the way of tangible resources. "I wanted to get it right," he said, "and I want to make sure that we pay respect to all those young people who, for the only reason is to say 'I exist,' did what they did."

The results of all the collaboration are all over the show: for example, Nas wrote the raps, performed on camera by Daveed Diggs in scenes set in the '90s, that form a sort of framing device for the story. It's pervasive enough that Lurhmann describes The Get Down as a "community project," similar to community theater.

Grandmaster Flash offered a baking metaphor to explain his own participation: "So the question is if hip-hop was a cake, then I cannot tell you how many people took a slice off that cake — being producers, fans, artists, and that alike. But I can tell you about the recipe: the flour, the milk, the eggs, the vanilla, and the secret ingredients because I am one of the bakers, along with Kool Herc and Afrika Bambaataa. So for Baz to want to tell this story, I wanted to see the sincerity in his eyes, and I did see that. And I seen the passion in his eyes."

It's particularly fascinating to consider this collaboration, without which Lurhmann made clear he both could not and probably would not have attempted The Get Down, in light of recent reporting on the difficulties that the (very expensive) production encountered over its long history. Specifically, Variety reported that Netflix would not go forward with the series unless Luhrmann were deeply involved creatively, rather than being — as he put it in Variety — sort of an "uncle" to the project. He may not have been an obvious choice to make this show, even to himself. But he may have been the name that allowed it to be made, at least by this particular outlet.