Accessibility links
For Dad And Daughter Fighting Breast Cancer, Grit Runs In The Family Arnaldo Silva and his daughter Vanessa supported each other through chemotherapy treatments several years ago. Now, they are facing another fight. 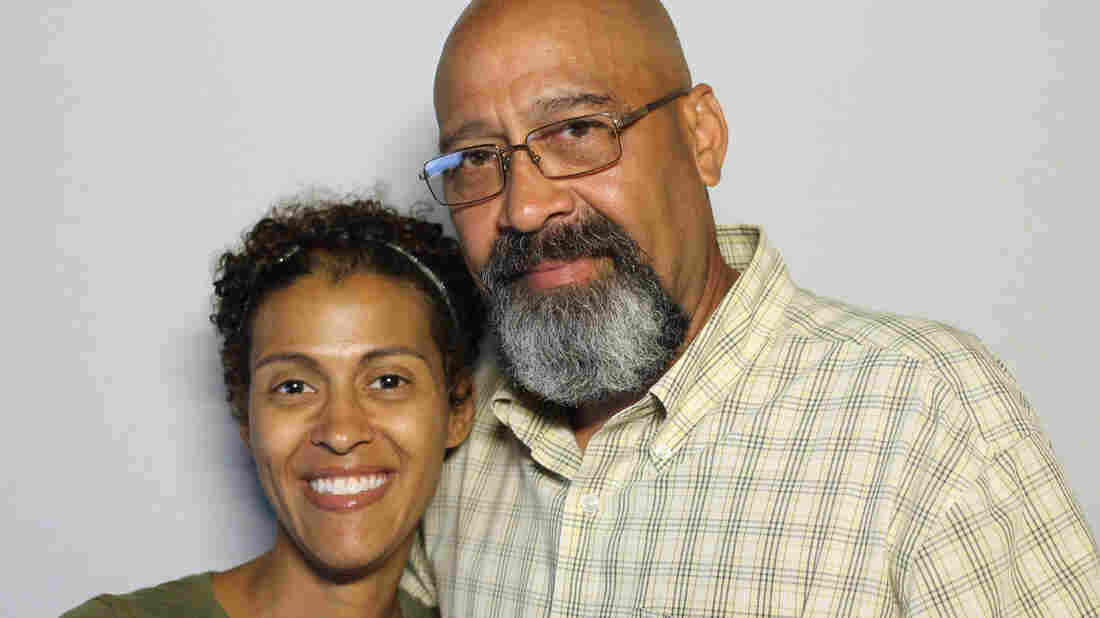 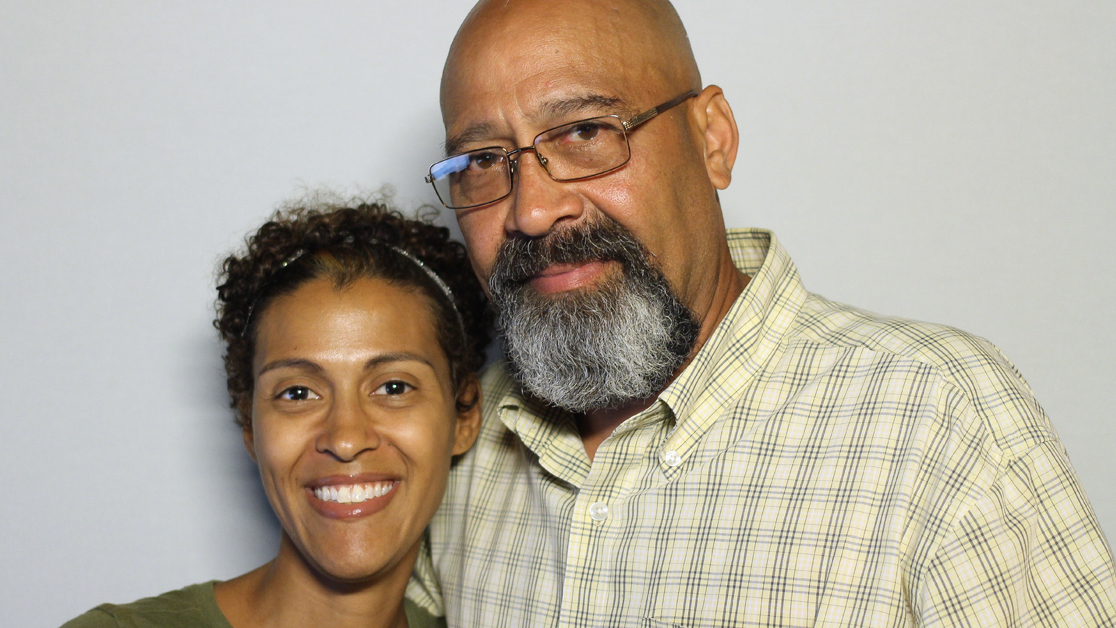 Arnaldo Silva with his daughter Vanessa at StoryCorps.

Ten years ago, Arnaldo Silva noticed a lump on his chest and decided to get it checked out.

"I'm sitting in an office with about 80 women, everybody's staring at me. And this lady leaned over she says, 'Are you waiting for somebody?' and I said 'No, I'm here for me,' " the 66-year-old tells his daughter, Vanessa Silva-Welch, during a recent visit to StoryCorps. "And I remember the doctor, he looked at me, he says 'You have male breast cancer. And we gotta move right away.' And then I was told that you had to get tested."

Because Arnaldo carried a mutated BRCA2 gene, the doctor recommended that his children also get genetic testing to see if they had it as well. A mutated BRCA gene increases a person's risk for developing certain cancers, including breast and ovarian cancer.

"I took the genetic testing and went to do the mammogram," she says. "The technician put the film up to the light and I could remember my stomach cringing."

After abnormal results came back from the mammogram and a subsequent biopsy, it was confirmed: Vanessa also had breast cancer.

"All of a sudden, we had to go get chemo together," Arnaldo says. "And everybody kept telling me 'You have breast cancer? Isn't that a woman's disease?' You know, but you were the first to say, 'Dad, we're gonna do this.'" 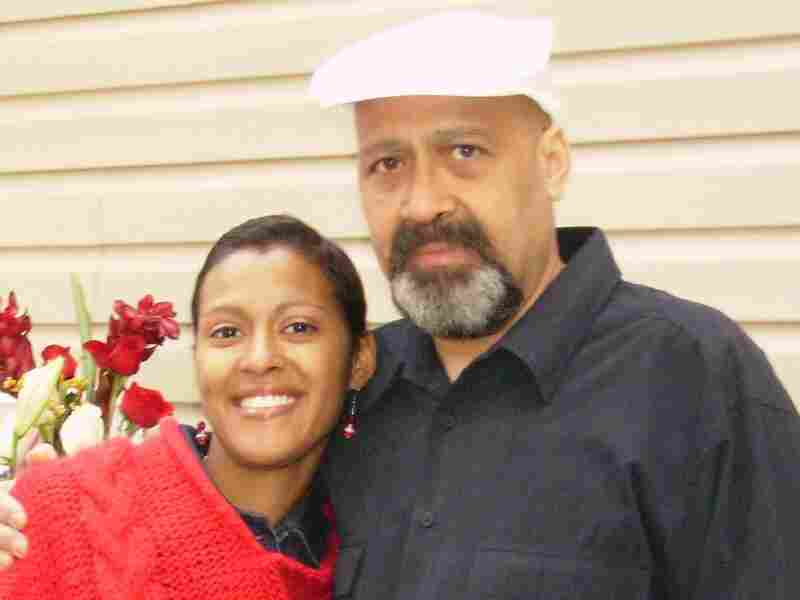 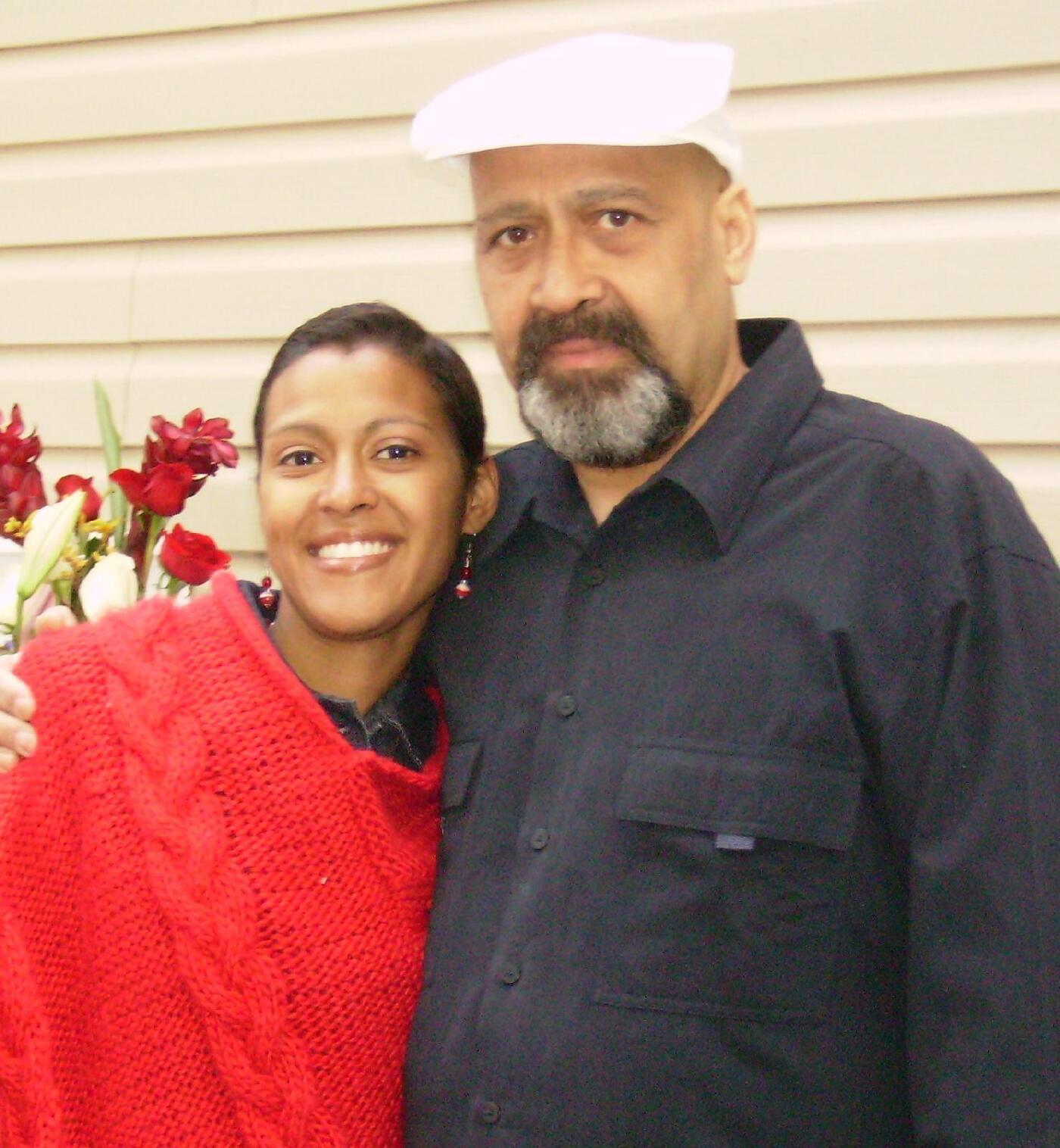 Vanessa Silva-Welch with her father, Arnaldo Silva, photographed in 2009, after they both finished their chemotherapy treatments.

During the process, Vanessa would call her dad because he was the only one "who would really know what I'm going through right now. ... And there was never sugarcoating anything."

And Arnaldo would give it to her straight: "There were times where I said, 'I know why you're calling me, listen, your fingernails are gonna start turning black, don't worry, it's the chemo.' I felt like I was giving you a heads up."

Three months ago, Vanessa, 41, was diagnosed with breast cancer again. It's a new cancer in a different breast this time. She says this has done a number on her mentally.

"I did everything I was supposed to do; I did the chemo," she says.

For Arnaldo, knowing his daughter is fighting cancer again is hard.

"Is this the way my kids are going to remember me? That I gave them this disease? I don't know, there's days I just want to leave the earth," he says.

But Vanessa cuts that conversation off.

"If it wasn't for you and finding your lump, I would not be here," she tells him. "You saved my life. I'm here today because of you. So that's what I want you to walk away with. I'm blessed to have a dad like you."