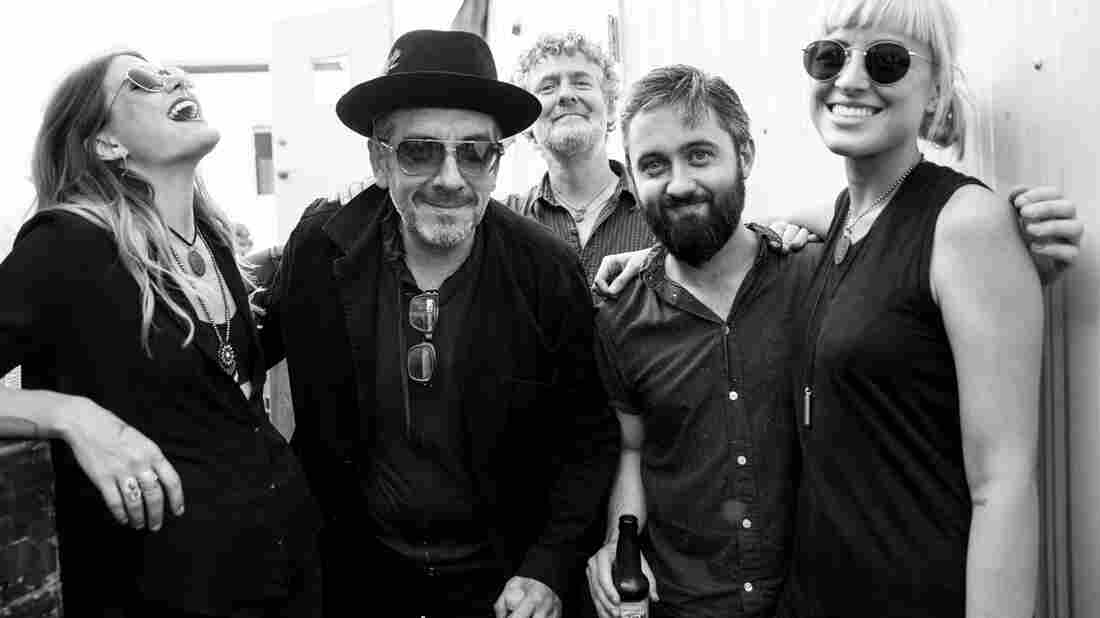 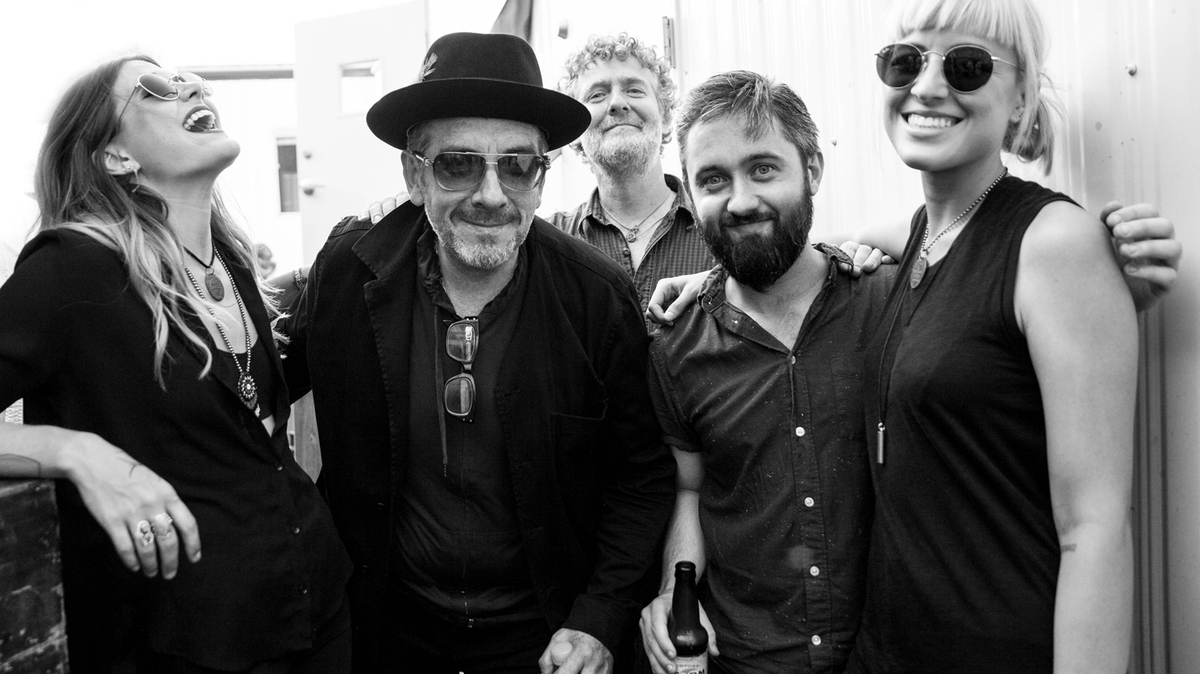 Elvis Costello might be best known for early-career songs like "Alison" and "Every Day I Write The Book" — literary pop masterpieces he wrote and recorded either solo or with his longtime band, The Attractions. But in more recent years, Costello has become a serial collaborator. He's released albums jointly with musicians as wide-ranging as pop composer Burt Bacharach, New Orleans R&B legend Allen Toussaint and, most recently, the pioneering hip-hop and neo-soul band The Roots.

So while Costello's Newport Folk set was billed as a solo performance, he was hardly alone on Sunday afternoon. Megan and Rebecca Lovell, who make up the sister duo Larkin Poe, have been touring with Costello as his backing band; they sang harmony vocals and filled out arrangements of songs drawn from every chapter of Costello's extensive catalog. As the set went on, he invited additional guests to the stage until, finally, the Preservation Hall Jazz Band, Glen Hansard, Villagers' Conor O'Brien and Middle Brother all joined in for "The Scarlet Tide." That song, which Costello and T-Bone Burnett wrote for Alison Krauss, tells a story of surmounting fear and division — an optimistic sentiment suited to the weekend between major-party political conventions. "This is the end of our solo show," Costello announced winkingly as the song rose to its multi-voiced, clamorous coda.