Accessibility links
Kristen Bell On 'Bad Moms': 'It Was The Funniest Script I Had Ever Read' Bell's new film is about three suburban moms who find themselves ground down by the endless chores of motherhood. She says its creators (two men) wrote it as a love letter to their overworked wives. 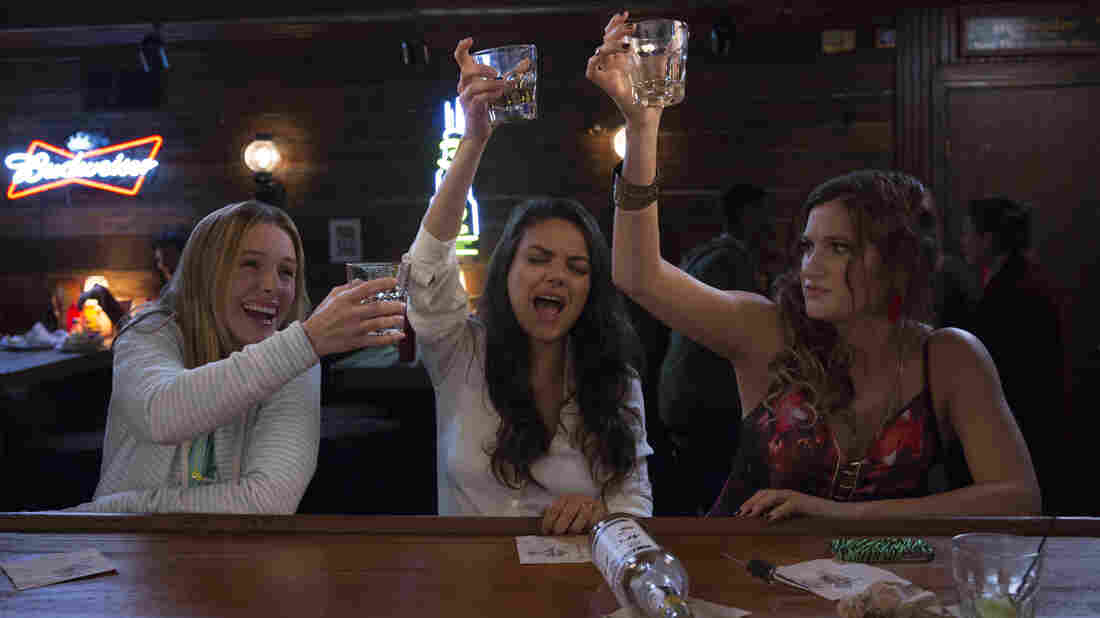 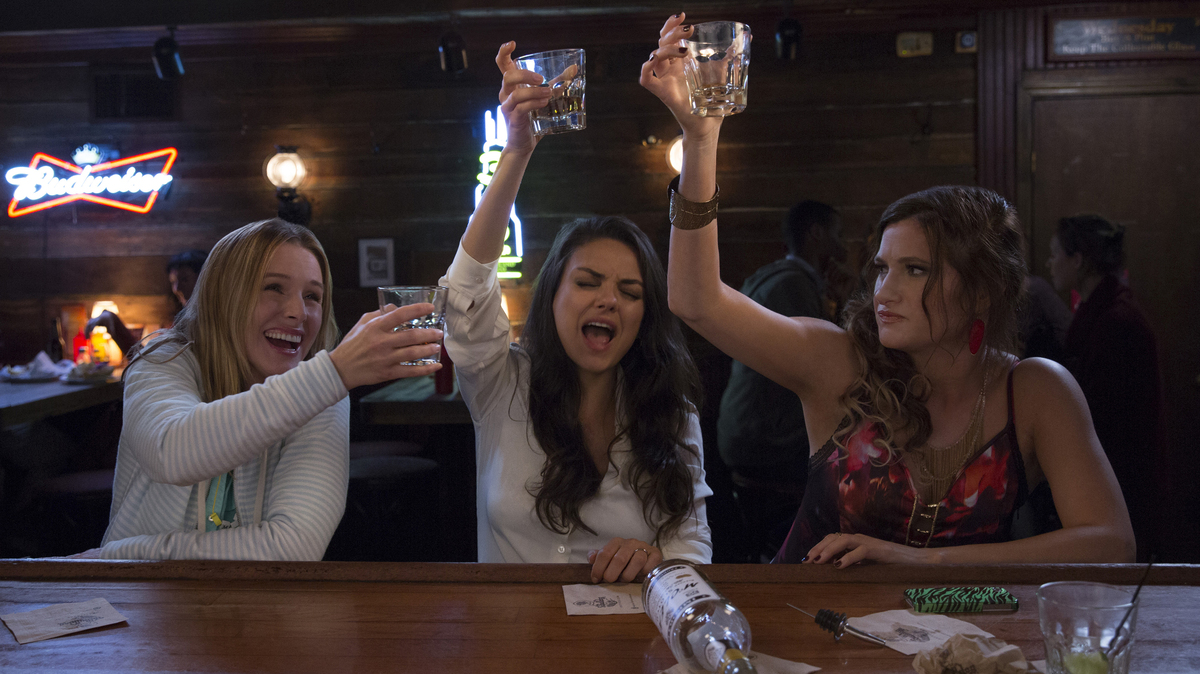 Bad Moms is a movie about good moms who try to go bad. Kristen Bell, Mila Kunis and Kathryn Hahn play suburban Chicago mothers who find themselves ground down by the daily cycle of school drop-offs and pick-ups, soccer games, supermarket runs, errands, chores and endless worries. One night they wind up at the same bar after a PTA meeting and together they decide to let loose.

Bell tells NPR's Scott Simon that the film spoke to her own experience as a mother: "When you have a baby, everything in your DNA says, 'I gotta do this right.' But what should go hand-in-hand in that — and doesn't often, or it's not reiterated enough to women — is that 'and it's OK if I don't, because I'm trying and that's all that matters.' "

The Movie Kristen Bell Has 'Seen A Million Times'

Dax Shepard And Kristen Bell Play Not My Job

It was the funniest script I had ever read. And I realize I am the demographic, because I was going through a lot of those things, and still am, when I read it. ... I have a 3-year-old and a 1 ½- year-old. And it just was such an accurate depiction of what moms feel like. It's so brilliant that this script was written by two guys [Jon Lucas and Scott Moore] because you just can't imagine that two guys could actually write something this true to life. But they wrote it as a love letter to their overworked wives and they kept such an open mind throughout the whole process. They just nailed it — even women's locker room talk, because the movie is quite raunchy at times. ... It's a modern, realistic portrayal of what moms go through.

On one racy scene about circumcision, which was inspired by a true story 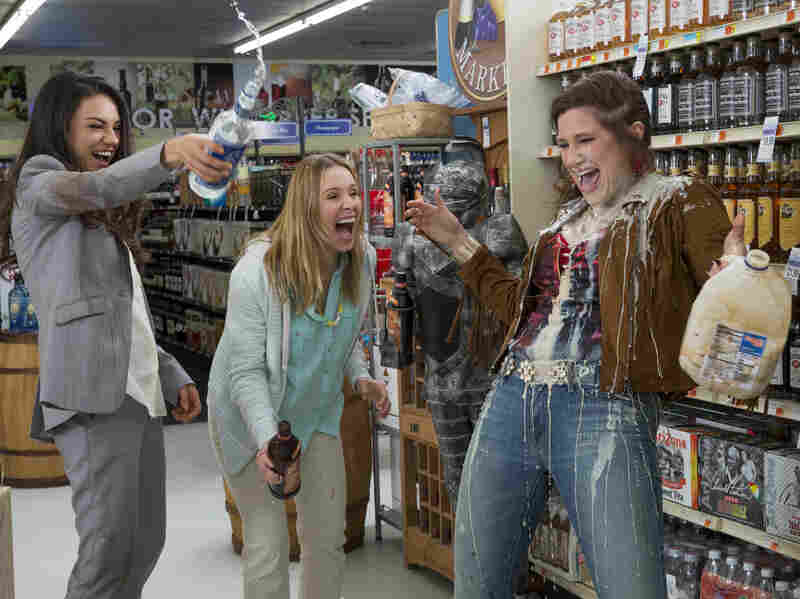 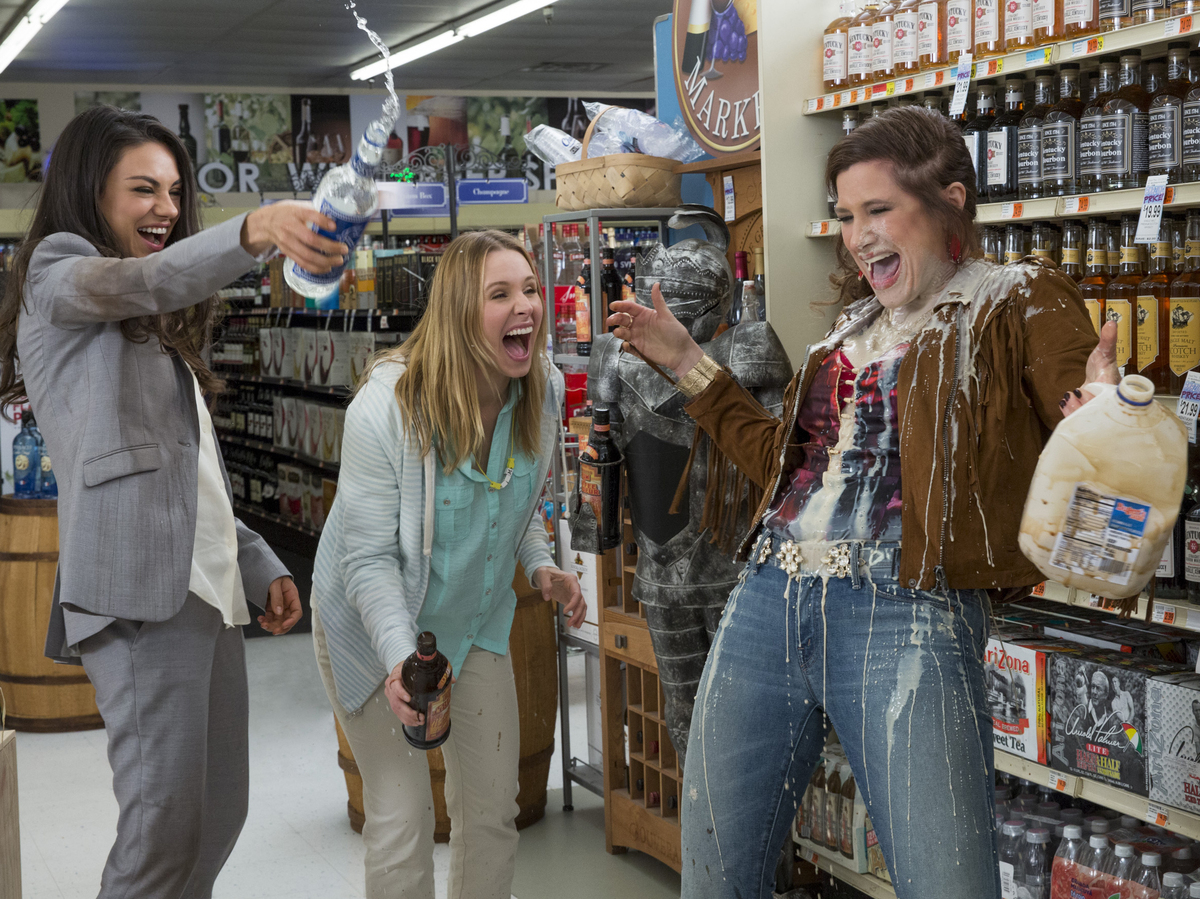 Mila Kunis, Kristen Bell and Kathryn Hahn demonstrate one of the messiest ways to make a white Russian in Bad Moms.

It's a very, very funny scene but it's also pretty realistic. I mean, you know about locker room conversation with guys but you don't ever hear about it with women. And that's a bit of a fib. It's a bit of a white lie to keep us in this very pristine ladylike box, because we talk about that stuff. Maybe not as often and maybe not as graphically as in this movie, but it does happen and women are sexual beings as well. And so I really appreciated that they really went there with letting these two characters give advice to Mila Kunis about her upcoming sexual experience.

On a particularly poignant line from her character: "You don't know if you've done a good job until your kid is grown and then it's too late."

That rang true to me as well, because the reason you want to do such as good job is because when you have a baby I feel like you realize everybody — even people that have done awful things in their life — they were brought home from the hospital at one point and celebrated. And it just changes your perspective a little bit to realize the experiences you have shape who you are. Of course, it can be hereditary or in your DNA. But a lot of it is nurture, and you want to create an individual that thrives. And you try to give them, I guess, self-esteem lessons to not let the world shatter them. Because it's a big crazy world and you really don't know if you've done a good job until they're older and it's too late.