Accessibility links
In The Sounds Of Jason Bourne's World, A Story Of Creation And Loss British composer John Powell swore off working on action movies for years, unsettled by their violence. The latest in the Bourne series, for which he's scored every film, marks his return. Composer John Powell, in a photo taken by his late wife Melinda Lerner. Courtesy of the artist hide caption 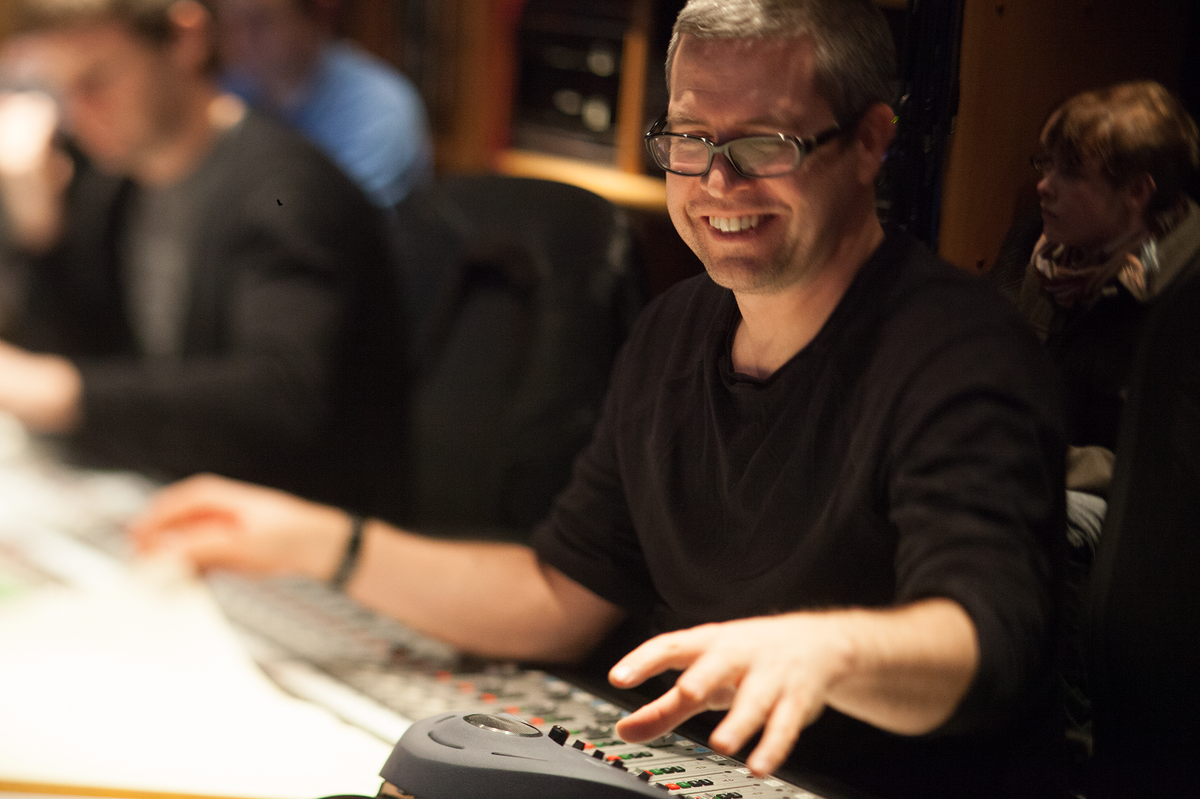 Composer John Powell, in a photo taken by his late wife Melinda Lerner.

Jason Bourne is back, though it might seem like he never went away. The character created by best-selling author Robert Ludlum has populated 12 novels, a made-for-TV movie, and now five big-screen adventures. In four of the five Bourne features, the music underlying the action has been the work of British composer John Powell.

Like the protagonist he helps propel, Powell has faced some challenges. His first full-length feature film assignment was the 1997 action movie Face/Off. He followed that with more action, including The Italian Job and Mr. & Mrs. Smith. But he hit his stride with the Bourne movies, starting with The Bourne Identity in 2002.

The movies, and Powell's propulsive, minimalistic music, had a big influence on the entire action genre — from the Fast and Furious series to the Daniel Craig James Bond films. Then, six years ago, Powell stepped away.

"I didn't want to write music for movies where violence was the entertainment," he says. "The definition of what a violent film, in my head, is one where the violence is to achieve the hero's success."

Powell turned to a very different genre where he'd also had success: animated family features. His credits include Happy Feet, Rio, and his Oscar-nominated score for How to Train Your Dragon.

This summer's Jason Bourne marks his return to action — but, he insists, the widowed assassin with amnesia isn't your typical action hero.

"Jason Bourne has always been a victim of violence," Powell says. "I mean, I always felt, from film number one, that the character was never instigating violence. He was never doing it in any other way other than to try and find out what the hell happened to him."

Jason Bourne is also Powell's first movie project since he finished his first major work for the concert hall. His oratorio, A Prussian Requiem, had its world premiere in London in March at a concert commemorating the 100th anniversary of World War I. The piece was Powell's attempt to come to musical terms with what plunged the world into such unprecedented violence.

"I'd been thinking about the first World War for many, many years," he says. "1914 was after this amazing period in European art — the Belle Époque, you know — and there was so much amazing music. How could you have such a situation, where mankind was bringing forth such beauty, and mankind was also just diving into a hole so deep? The reality of the first World War was beyond anything anybody could express."

Still, he tried. And he succeeded, says José Serebrier, who conducted the Philharmonia Orchestra in the world premiere and the studio recording.

"The work is a great, great masterpiece — it will be picked up by many other conductors," Serebrier says. "The last movement, in particular, has a hypnotic effect on the audience, and we saw people crying. It's quite something."

But on the night of the premiere, Powell wasn't there. Just a day before he'd written to Serebrier and the orchestra manager, saying he couldn't come because his wife had only a few days left to live. Serebrier says that one of his assistants was in London texting Powell about the progress of the performance, and wrote, "The public is totally immersed in it. The second movement just went through, and everyone is enchanted with it." During the fifth movement, Powell responded. "Please don't write anymore," he wrote. "She just died."

Powell's wife, an English artist named Melinda Lerner, had developed MDS, a bone marrow disorder that required a transplant. In her weakened state following treatment, she lost her life. She was 56 years old.

"Everything I write is probably two streams — one of which is all the music I've ever heard, and then all the experiences I've had," Powell says. "And some have been joyful, and some have been, you know, very dark. Here in Hollywood I was enjoying writing a lot of fun music, and I don't think I could have done that unless I had a fun relationship. I'm sure if I hadn't met her, I would have maybe been more miserable, and then I might have written miserable music that would have never got me a gig."

Jason Bourne was his first step back into his work. "Bourne was a nice distraction," he says. "My life was in turmoil as this film happened. And so, my role in it really was to sort of guide everything to sound and be authentic to the style, as it were."

Powell intends to write more concert music, and, of course, more film scores. And they will, inevitably, draw on his life experiences — all of them.

"The only thing I can think at the moment is that in the same way that my father died when I was 15, that's probably been a big kind of factor in everything I wrote," he says. "So will this."