Accessibility links
For Women In Korean Pop, 'Making It' Can Mean A Makeover Female K-pop performers can face strong pressure to meet the industry's beauty standards. Some, like Park Boram, are starting to sing about it, while others are bucking the trend. 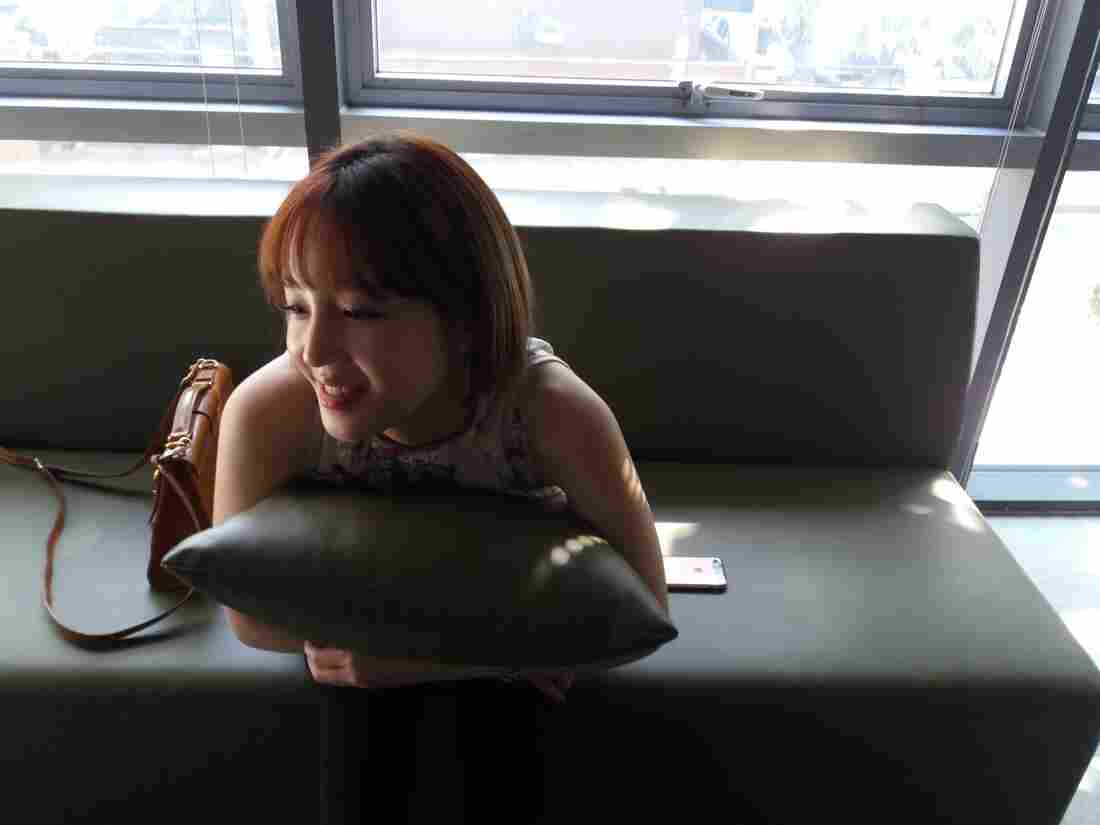 Park Boram is in many ways a model of the experience of K-pop stars. Her debut single is officially called "Beautiful," but the Korean title translates to "I became pretty." Haeryun Kang hide caption 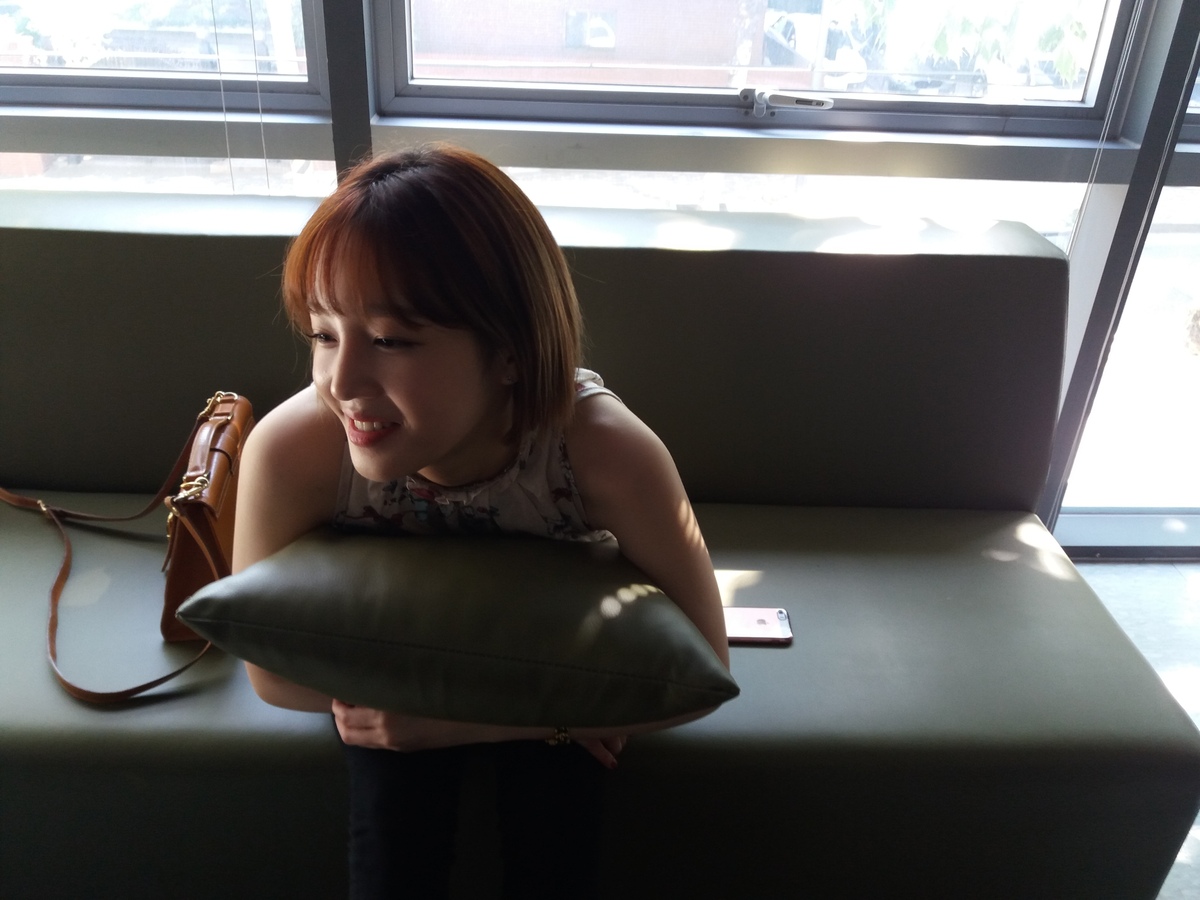 Park Boram is in many ways a model of the experience of K-pop stars. Her debut single is officially called "Beautiful," but the Korean title translates to "I became pretty."

Seoul is the home of Korean pop music, or K-pop, which is quickly becoming one of Korea's biggest exports. It's a multibillion dollar industry that, for the last decade, has been dominated by girl groups.

Management agencies churn out groups that look alike and embody a girlish, doe-eyed innocence. But critics say there's a dark side to the bubblegum images being spread around the world.

The industry is especially hard on Korean women. Park Boram, considered a classic K-pop success story, is in many ways a poster child for the K-pop ideal. She was a teenage girl who went through various contortions to become what she is today. Her four-year training process involved learning to dance, sing, and act. It also involved modifying her appearance. She changed her hair, her face and, most notably, her body, dropping 66 pounds.

Now she's singing about her experience. Her semi-autobiographical debut single is officially called "Beautiful," but the Korean title translates to "I became pretty." In the video, Park is shown working out and weighing her food on a scale. Lyrics include a line about eating only a banana and an egg each day, and another line about how overdoing it was worth it. Talk to her today, and she believes it.

"I think a lot of people, after listening to this song, were motivated to exercise more, lose weight and diet," she says. "I think a big reason is because I put my story into it. Like, one banana, two eggs — eating just that, and you see the results in me, and that was motivating for people."

Park went through those changes with the encouragement of her management company. Entertainment conglomerates groom modern K-pop groups and singers, spending years scouting, training, producing and marketing them.

Heather Willoughby is a professor at Ewha University in Seoul who specializes in Korean music and culture. She and other critics worry the companies give the performers too little control over their identities, and that K-pop sends a message to women and girls that their worth comes from what's on the outside.

"There is a much more deep-rooted sense of still viewing women as objects, and I think that reflects really poorly on Korean society," she says.

Willoughby says focusing on looks is especially extreme in Korea, possibly because everything is mediated through screens. Korea is the home of the world's fastest internet speeds, and its mobile phone penetration is above 100 percent, meaning there are more phones are in use than there are people using them. She adds that we also need to account for Korea's traditional East Asian influences. 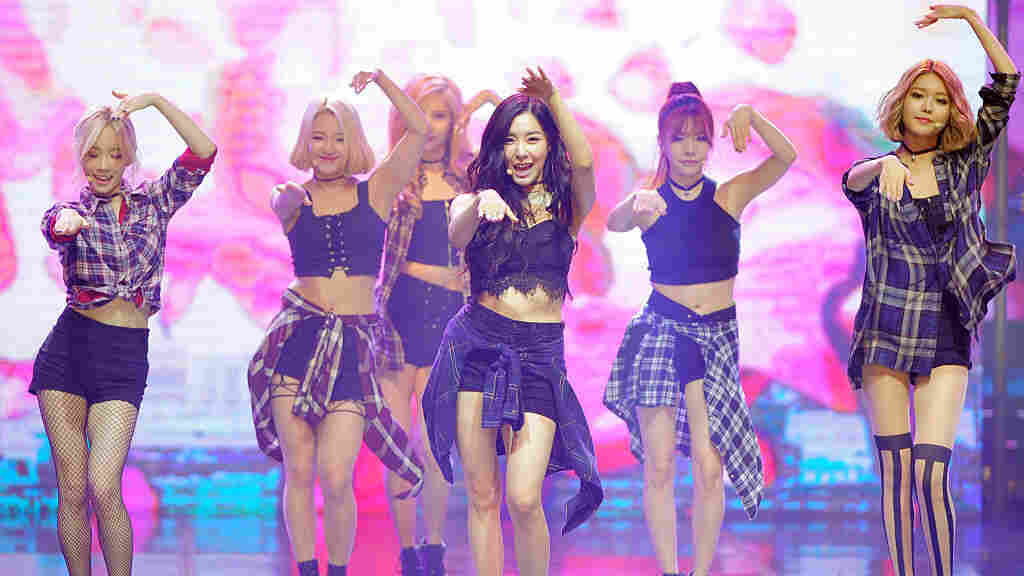 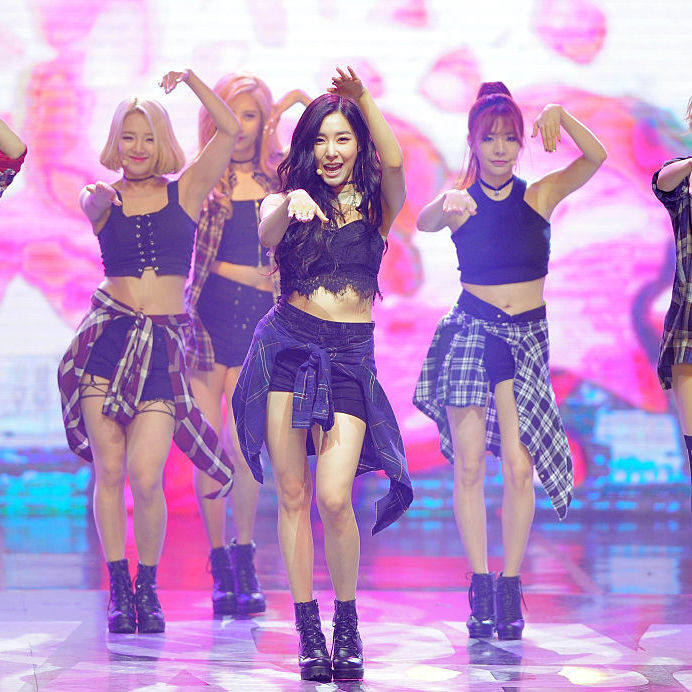 The Chosunilbo JNS/Multi-Bits via Getty Images

"You still have a very, very collective society," she says. "In order to fit in, you have to be within a norm. Where you have a much more individual society in the US and parts of Europe, in Korea you have a lot more pressure to still fit in."

The pressure to fit in could explain why as many as one-third of women in Seoul have gotten cosmetic surgery procedures. James Turnbull, a lecturer at Dongseo University who has been blogging about Korean feminism for the last decade, explains that the strict beauty standards of K-pop reach far beyond Korean borders — in fact, the government has a ministry in charge of exporting Korean entertainment.

"Because of K-pop there's a big cosmetic surgery tourism industry, there's a huge beauty products industry," he says. "The Korean government has a big culpability and responsibility in this state of affairs because it does have a vested interest in exporting and promoting K-pop's soft power overseas."

There are some idols bucking the trend — like Amber, who branched out from her original girl group to carve out a tomboy identity, and enjoys a huge fan base. And it didn't take too many calls to find British-Korean Sophia Pae, who originally took the path of "making it" by appearing on a reality show, but is now controlling her own sound.

"I kind of have the freedom to write what I want and luckily, they're pretty okay with just going with what I do," Pae says.

They are exceptions. The market is still saturated with performers like Park Boram, who argues that molding herself into a K-pop ideal built her confidence: "I wanted to show people a more perfect me, which is why I tried to change."

Just who is behind that idea of "perfect"? That's not a subject these artists are singing about.