Accessibility links
Donald Trump Continued To Attack Khizr and Ghazala Khan On Twitter, Despite GOP Outcry Donald Trump continued to tweet about the family of a fallen soldier on Monday morning, despite pleas from John McCain and others for him to stop. 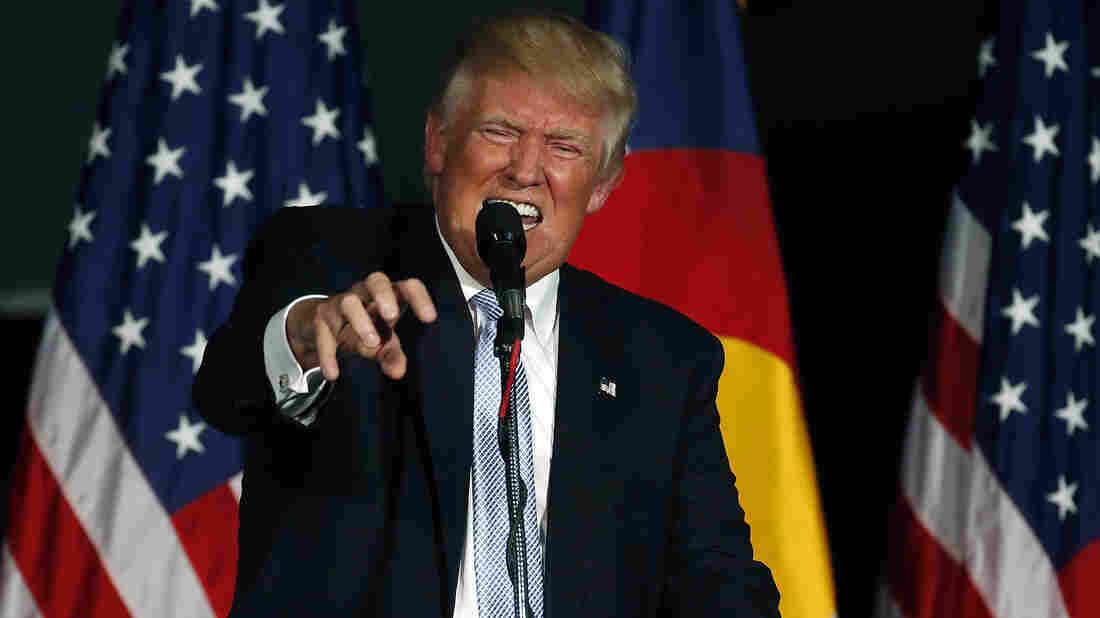 Donald Trump campaigning in Colorado on Friday. On Monday, Trump continued to tweet about the family of a fallen soldier, despite pleas from John McCain and others for him to stop. AP hide caption 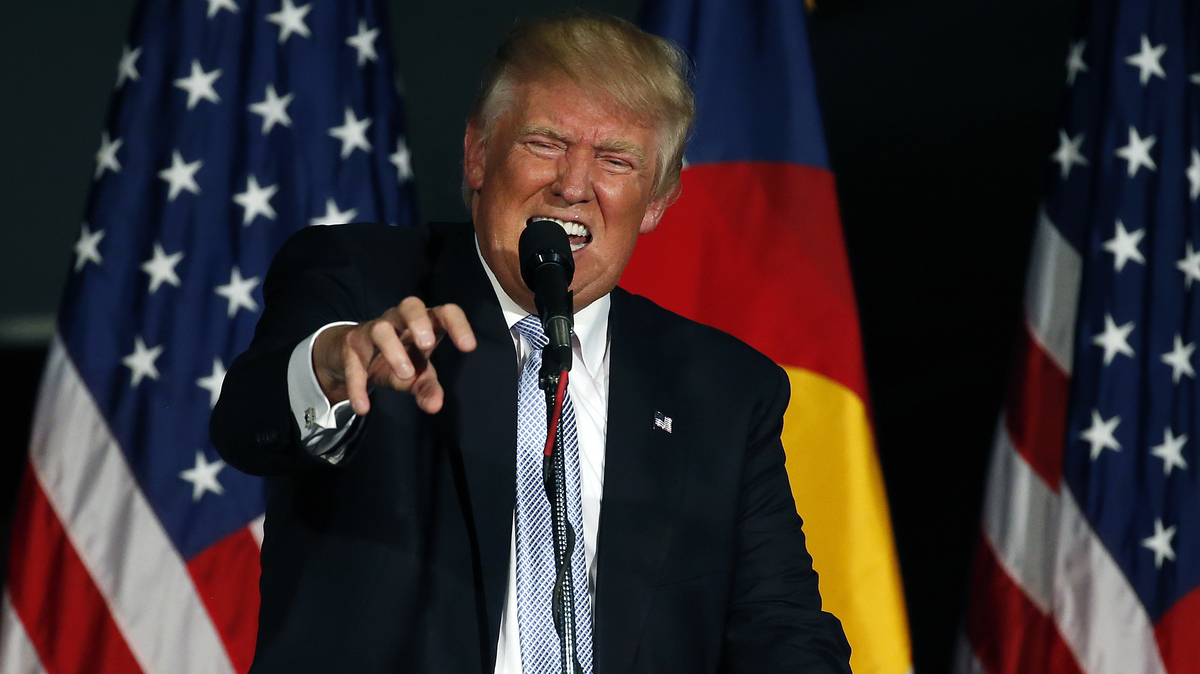 Donald Trump campaigning in Colorado on Friday. On Monday, Trump continued to tweet about the family of a fallen soldier, despite pleas from John McCain and others for him to stop.

Two weeks ago, in the midst of controversy over the fact his wife, Melania, had plagiarized passages of her convention speech from Michelle Obama, Donald Trump tweeted that "all press is good press."

That seems to be the mindset the Republican presidential nominee was embracing Monday morning as he continued to pick a fight with Khizr and Ghazala Khan, the parents of an Army captain killed in Iraq. Khizr Khan delivered a powerful speech criticizing Trump at last week's Democratic National Convention.

Trump's sustained hostility toward the Khans has made other Republican candidates and officeholders deeply uncomfortable. On Monday morning, Arizona Sen. John McCain, whom Trump once mocked for being shot down and captured during the Vietnam War, issued a nearly 700-word statement denouncing Trump's critiques of the Khans.

"In recent days, Donald Trump disparaged a fallen soldier's parents. He has suggested that the likes of their son should not be allowed in the United States — to say nothing of entering its service. I cannot emphasize enough how deeply I disagree with Mr. Trump's statement," McCain said. "I hope Americans understand that the remarks do not represent the views of our Republican Party, its officers, or candidates."

"I claim no moral superiority over Donald Trump. I have a long and well-known public and private record for which I will have to answer at the Final Judgment, and I repose my hope in the promise of mercy and the moderation of age. I challenge the nominee to set the example for what our country can and should represent.

"Arizona is watching. It is time for Donald Trump to set the example for our country and the future of the Republican Party. While our Party has bestowed upon him the nomination, it is not accompanied by unfettered license to defame those who are the best among us.

"Lastly, I'd like to say to Mr. and Mrs. Khan: thank you for immigrating to America. We're a better country because of you. And you are certainly right; your son was the best of America, and the memory of his sacrifice will make us a better nation — and he will never be forgotten."

On the final night of the Democratic convention, Khizr Khan spoke out against Trump's call to temporarily ban all Muslim immigrants from the United States, asking whether the candidate had read the Constitution before pulling out a copy from his suit jacket and offering to lend Trump his personal copy.

Trump, in turn, criticized the Khans in TV appearances and on Twitter. Speaking to ABC's This Week, he asked whether Ghazala Khan "wasn't allowed to have anything to say." (Her response: speaking about her dead son is too painful for her to do in public.)

Mr. Khan, who does not know me, viciously attacked me from the stage of the DNC and is now all over T.V. doing the same - Nice!

This story is not about Mr. Khan, who is all over the place doing interviews, but rather RADICAL ISLAMIC TERRORISM and the U.S. Get smart!

That's despite a Sunday night statement issued by Trump's running mate, Indiana Gov. Mike Pence, that sought to paint a more conciliatory picture, saying, "Donald Trump and I believe that Captain Humayun Khan is an American hero and his family, like all Gold Star families, should be cherished by every American."

Gold Star families is a term the military uses for the parents, sibilings and children of men and women killed in combat.

In a Monday morning appearance on the Today Show, Khizr Khan said of Trump's response, "this candidate amazes me — his ignorance. He can get up and malign the entire nation. The religions, the communities, the minorities, the judges."

Khan continued, "And yet a private citizen in this political process, in his candidacy for the stewardship of this country, I cannot say what I feel? That proves the point he has not read the Constitution of the country."

A previous version of this story incorrectly called the Khans' son a Marine. He was a captain in the Army.