Accessibility links
The Policy Split Between Clinton And Kaine On Abortion, Explained The Democratic presidential nominee and her running mate have opposing views on the Hyde Amendment, a long-standing policy to limit federal funding of abortions. 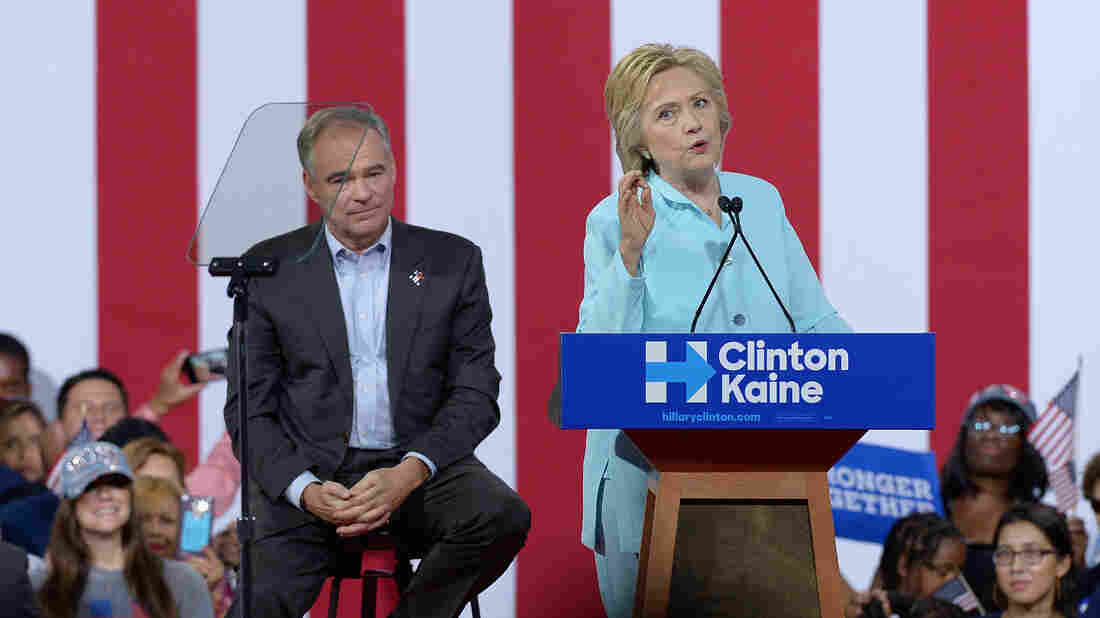 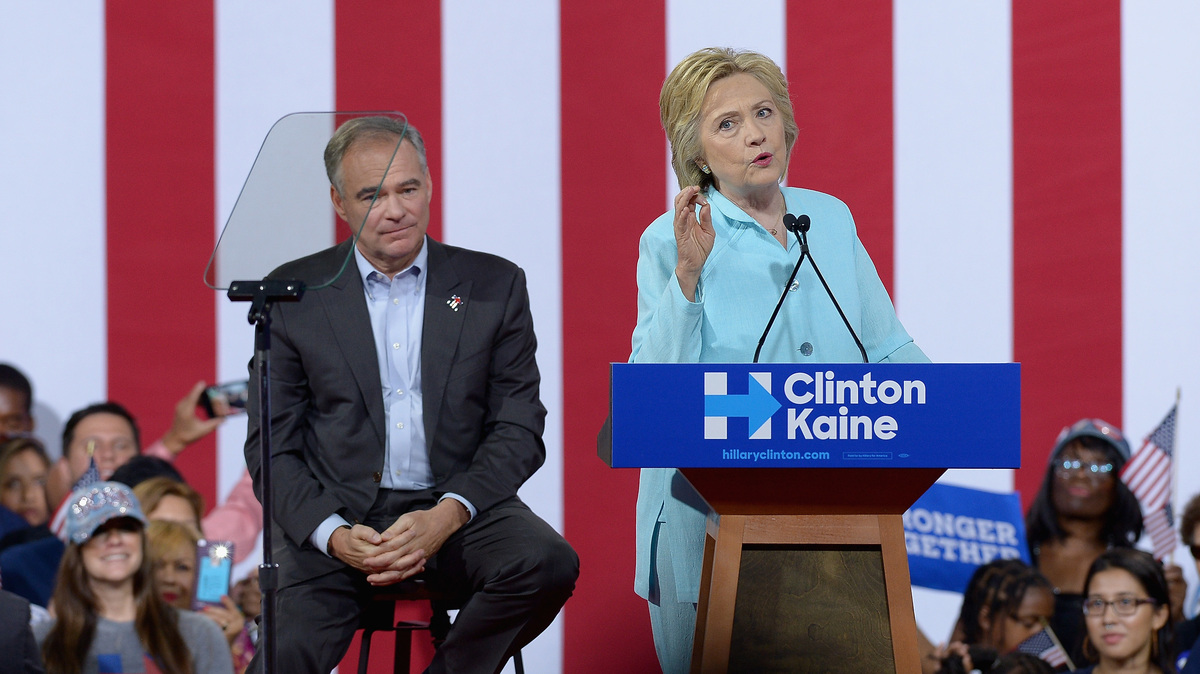 "My voting position on abortion hasn't really changed," Kaine told CNN. "I support the Hyde Amendment. I haven't changed that."

Kaine, a Catholic, is personally opposed to abortion but has said he would not legislate otherwise, and he has a perfect scorecard from the political arm of Planned Parenthood. 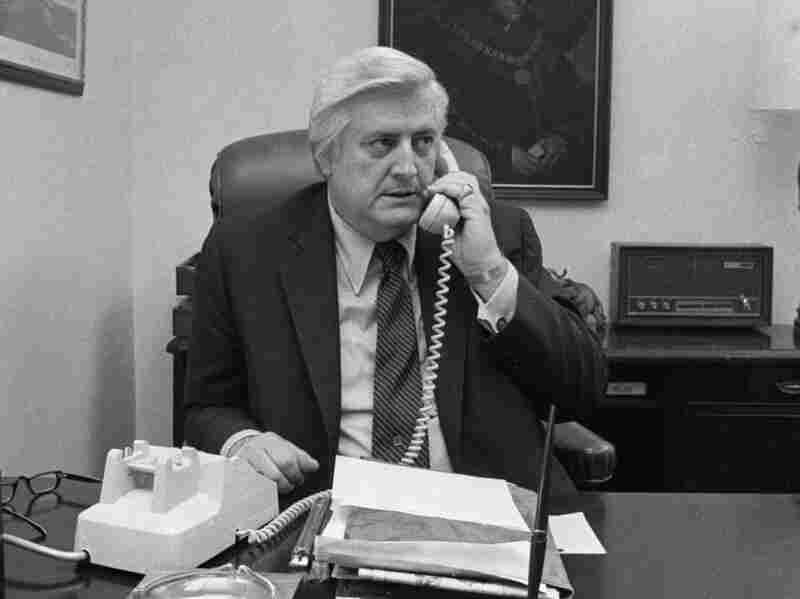 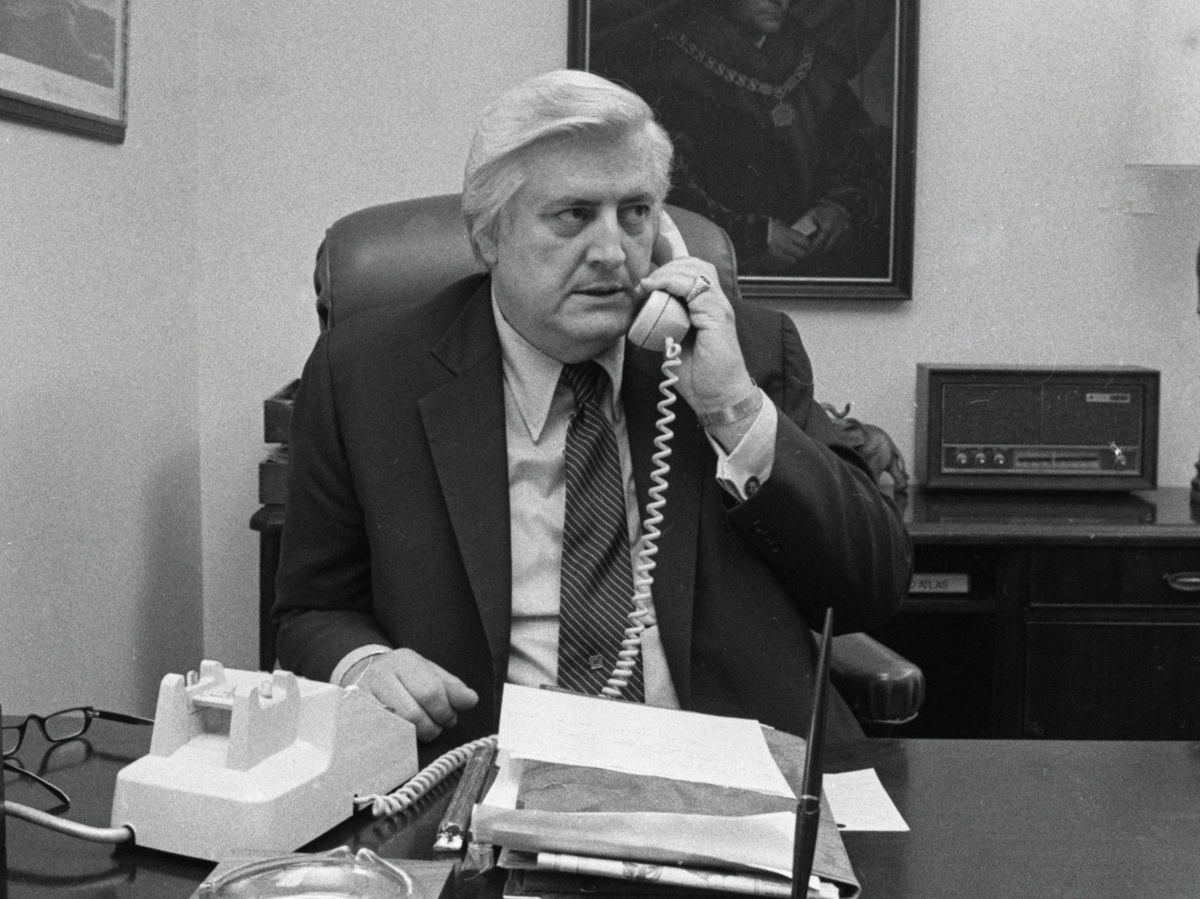 The Hyde Amendment, named after former Rep. Henry Hyde, R-Ill., is a 40-year-old policy that blocks Medicaid health care plans from covering abortions, except in cases of rape, incest or if the mother's life is endangered.

Democratic presidential nominee Hillary Clinton wants to repeal the Hyde Amendment, as do many Democrats in Congress. A week earlier, Clinton campaign manger Robby Mook told CNN that there was no daylight between the running mates on the issue.

Kaine personally shot that down on Sunday. In his CNN interview, Kaine said he mulled his personal differences with Clinton on abortion but decided ultimately: "I can have my personal views, but I'm going to support the president of the United States, and I will."

The Hyde Amendment is routinely, and generally without incident, added to annual spending bills and has, for most of its existence, been characterized as a compromise position in the divisive abortion debate.

However, with increasingly fewer congressional Democrats who oppose abortion rights, the Democratic Party has embraced a more progressive view on the issue. The 2016 party platform — which calls for repealing the Hyde Amendment — and Clinton's candidacy represent the most progressive party positions on abortion rights in American history.

Kaine's abortion views were often cited by liberal Democratic activists as a reason against his selection for vice president.

The vice president is unlikely to play any role in shaping abortion policy, and a theoretical President Clinton is not going to sign legislation to rescind abortion rights.

Democrats would need to sweep control of both chambers of Congress and would likely need a super-majority in the Senate to overturn the Hyde Amendment.

Even now, Democratic senators like Bob Casey of Pennsylvania and Joe Manchin of West Virginia have voiced opposition to efforts to challenge the Hyde Amendment and would likely resist those efforts in the Senate.

In other words, the outcome of the 2016 election is unlikely to bring a change to the long-standing policy. But the Democratic Party, Tim Kaine aside, is shifting ever closer to consensus that it should.