Accessibility links
FACT CHECK: Clinton Says FBI Director Called Her Answers On Emails 'Truthful' During an interview on Fox News Sunday, Hillary Clinton was asked about James Comey's remarks on the email issue, which has dogged her for months. 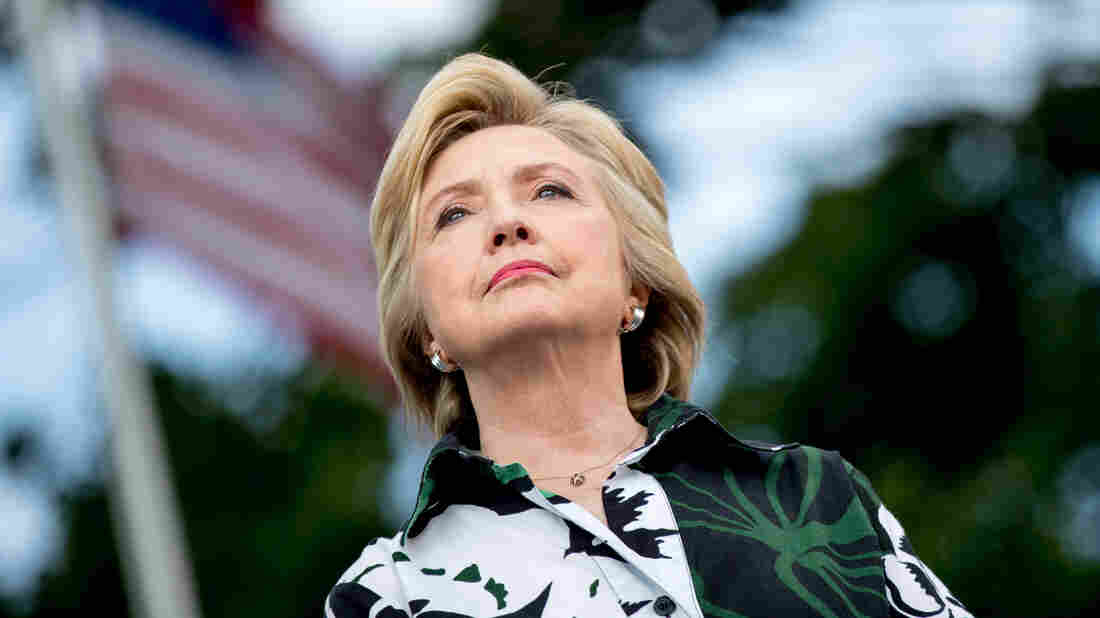 Democratic presidential nominee Hillary Clinton appears onstage at a rally at Fort Hayes Metropolitan Education Center in Columbus, Ohio. Clinton is coming under fire for claiming that FBI Director James Comey said she was "truthful" about past statements regarding her emails. Andrew Harnik/AP hide caption 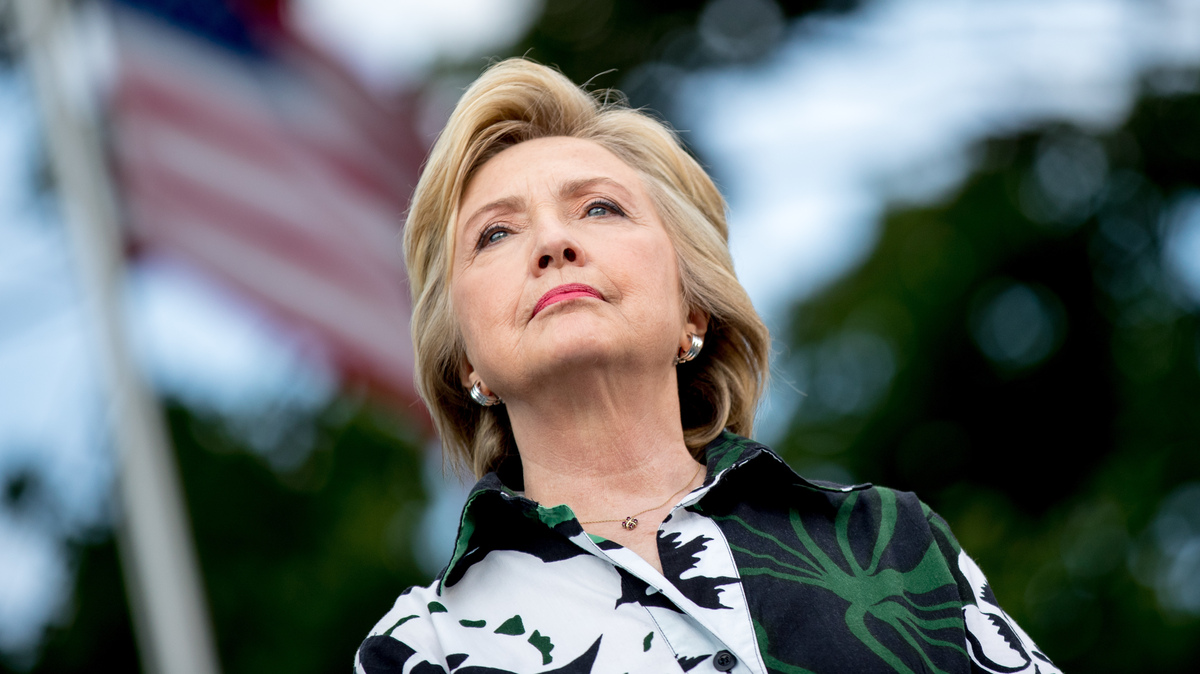 Democratic presidential nominee Hillary Clinton appears onstage at a rally at Fort Hayes Metropolitan Education Center in Columbus, Ohio. Clinton is coming under fire for claiming that FBI Director James Comey said she was "truthful" about past statements regarding her emails.

Democratic presidential nominee Hillary Clinton is coming under fire for her claim that FBI Director James Comey said her past statements about the use of emails were "truthful" and that she never sent or received classified materials from her personal server.

The email issue, which has dogged the Clinton campaign for months, was brought up again during a sit-down interview with Fox News Sunday host Chris Wallace. During the interview Wallace played video of Clinton saying:

"I am confident that I never sent nor received any information that was classified at the time."

Wallace said to Clinton during the interview that following a lengthy probe, "FBI Director James Comey said none of those things you told the American public were true."

After thanking Wallace for the opportunity to clarify, Clinton stated:

"Director Comey said my answers were truthful, and what I've said is consistent with what I have told the American people, that there were decisions discussed and made to classify retroactively certain of the emails."

Is it true that the FBI director called Clinton's answers "truthful" in regards to sending classified email over her private server?

During testimony before the House Oversight and Government Reform Committee last month, Comey was peppered with questions from a litany of Republican lawmakers mystified that the FBI recommended against bringing criminal charges against Clinton.

One of those lawmakers, Trey Gowdy, R-S.C., who also served as the chair of the House Select Committee on Benghazi, had this exchange with Comey during a July 7 hearing:

Gowdy: "Secretary Clinton said there was nothing marked classified on her emails either sent or received, was that true?"

Comey: "That's not true. There were a small number of portion markings on, I think, three of the documents."

Comey: "No there was classified material emailed."

This is where things get a little more complicated, but important.

Comey told reporters in July, that of 30,000 emails Clinton turned over in 2014, FBI investigators discovered 110 emails that included classified information at the time they were sent. The FBI probe also turned up eight email chains labeled top secret, the highest level of classification.

The New York Times reported last month that at least two emails sent through Clinton's server, one from August of 2012 and the other from April of 2012, were sent to "prepare her for telephone calls with foreign leaders."

"So it appears that those markings were a human error; they didn't need to be there. Because once the secretary had decided to make the call, the process is then to ... change its markings to unclassified and deliver it to the secretary in a form that he or she can use," Kirby said at a July press briefing.

In its own analysis, the Washington Post gave Clinton's comments to Fox News Sunday a rating of four Pinocchios, adding:

"Clinton is cherry-picking statements by Comey to preserve her narrative about the unusual setup of a private email server. This allows her to skate past the more disturbing findings of the FBI investigation."

Some of those findings include statements Clinton has made about using a single device for her email correspondence and that all work-related emails had been sent back to the Department of State.

During that same July testimony, Comey said Clinton used "multiple devices" during her four years heading the State Department. He also said: "We found work related emails, thousands, that were not returned."

As NPR has reported, although Comey said Clinton and her staff were "extremely careless" in handling classified materials, and suggested that it was possible that Clinton's email domain had been hacked by a "hostile actor," it did not have evidence to suggest criminal charges should be brought.

According to NPR's Justice Department correspondent Carrie Johnson, Comey said there's no evidence Clinton lied to investigators, which could have resulted in criminal charges being filed.

Clinton for her part told Fox News she made "a mistake not using two different email addresses."

"I have said that and I repeat it again today. It is certainly not anything that I ever would do again. I take classification seriously. I relied on and had every reason to rely on the judgments of the professionals with whom I worked. And so, in retrospect, maybe some people are saying, well, among those 300 people, they made the wrong call," she said.

"At the time, there was no reason in my view to doubt the professionalism and the determination by the people who work every single day on behalf of our country."