Accessibility links
Planning For The Future Of A Park Where The Trees Have One Name In California's Joshua Tree National Park, scientists say the quirky trees are in trouble. The National Park Service is looking for ways to save them for future visitors to experience. 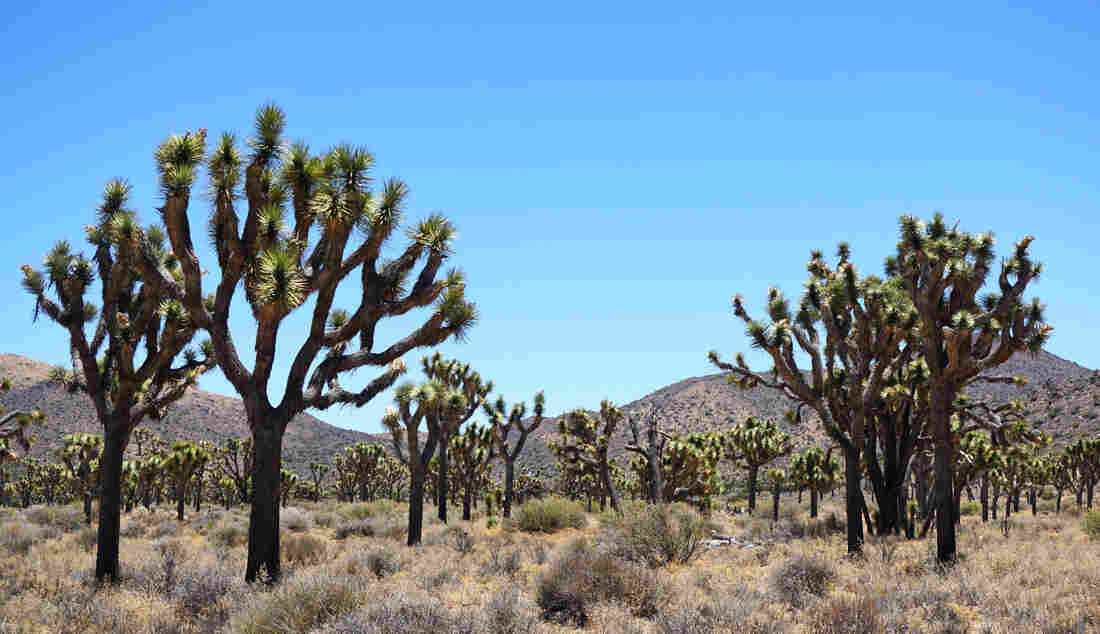 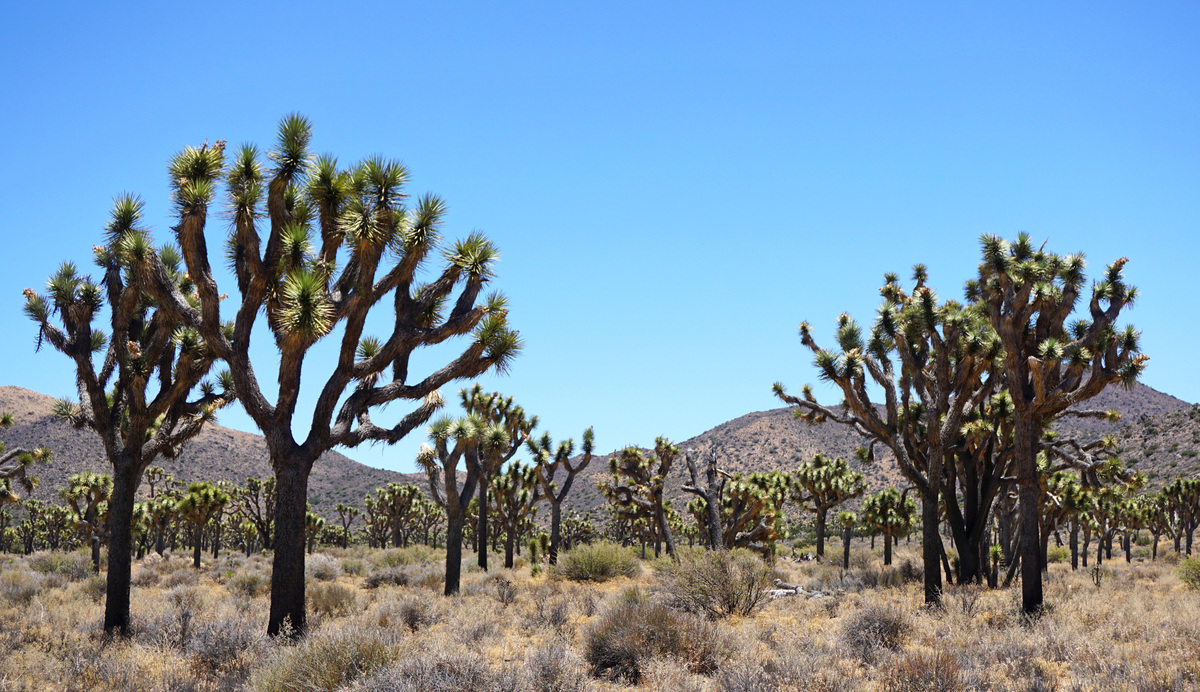 Joshua Tree National Park is known for its iconic trees, but Joshua tree habitat is expected to shrink dramatically because of climate change.

"It's something that you don't even imagine could live on Earth and here it is," says Cameron Barrows, standing right beneath one. "It's something very alien."

They stretch across the dusty valley of Joshua Tree National Park.

If these are Dr. Seuss trees, then Barrows is the Lorax — speaking for the trees. Barrows, an ecologist at the University of California-Riverside, and his research team are trying to find out what will happen to Joshua trees in the future.

Stand At The Edge Of Geologic Time

"The biggest ones over there, those could be anywhere from 150 to 250 years old," he says.

The team uses yardsticks to map out the Joshua trees and monitor them year after year. To the untrained eye, it looks pretty good here — they're big trees.

But that actually worries Barrows.

"We want to see babies, and what we're not seeing are individual seedlings that are coming up," he says.

The youngest trees here are 30 to 40 years old, which means seedlings aren't surviving. And the likely culprit, Barrows says, is climate change.

"They're well adapted to what we have now," Barrows says. "But you turn up the temperature a couple of degrees and that would be the end of most of these plants." 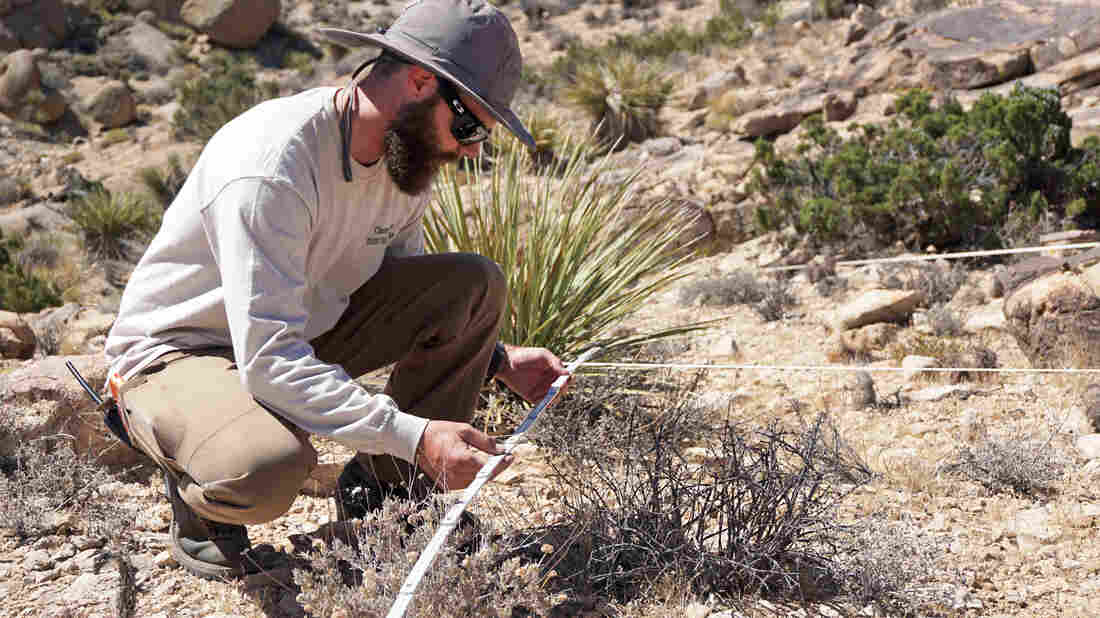 James Heintz of the University of California-Riverside maps out plant life in Joshua Tree National Park for a yearly census to see how the ecosystem is changing. Lauren Sommer/KQED hide caption

James Heintz of the University of California-Riverside maps out plant life in Joshua Tree National Park for a yearly census to see how the ecosystem is changing.

He expects Joshua tree habitat in the park to shrink by as much as 90 percent by the end of the century. But that doesn't mean the park has to change its name.

About half an hour away, Barrows is finding baby Joshua trees.

"There's a little one sprouting there," he points out. "There's another one over there."

The difference is that this spot is at a higher elevation, so it's a little cooler and wetter.

"There are these little niches within this landscape that should be able to sustain Joshua trees," Barrows says.

Kristen Lalumiere, a biologist with the National Park Service, agrees.

The baby Joshua trees just come up to her knees.

"You walk to a site like this, where there are some, and your spirits lift," she says.

She says the park is looking at how to protect the trees in these small, high elevation pockets, either by preventing wildfires or controlling invasive species.

That complicates things for the National Park Service, he says. Until now, the goal has been preserving parks, keeping things the same. Now, they may have to let plants and animals move — and they'll have to help the public understand what's happening.

"These are places that people care about," Jarvis says. "And maybe it can stimulate their own actions as a result of seeing the effects of climate change in our national parks."

Jarvis hopes that 100 years from now, the Joshua trees that visitors see in the national park aren't only in pictures on the welcome sign.