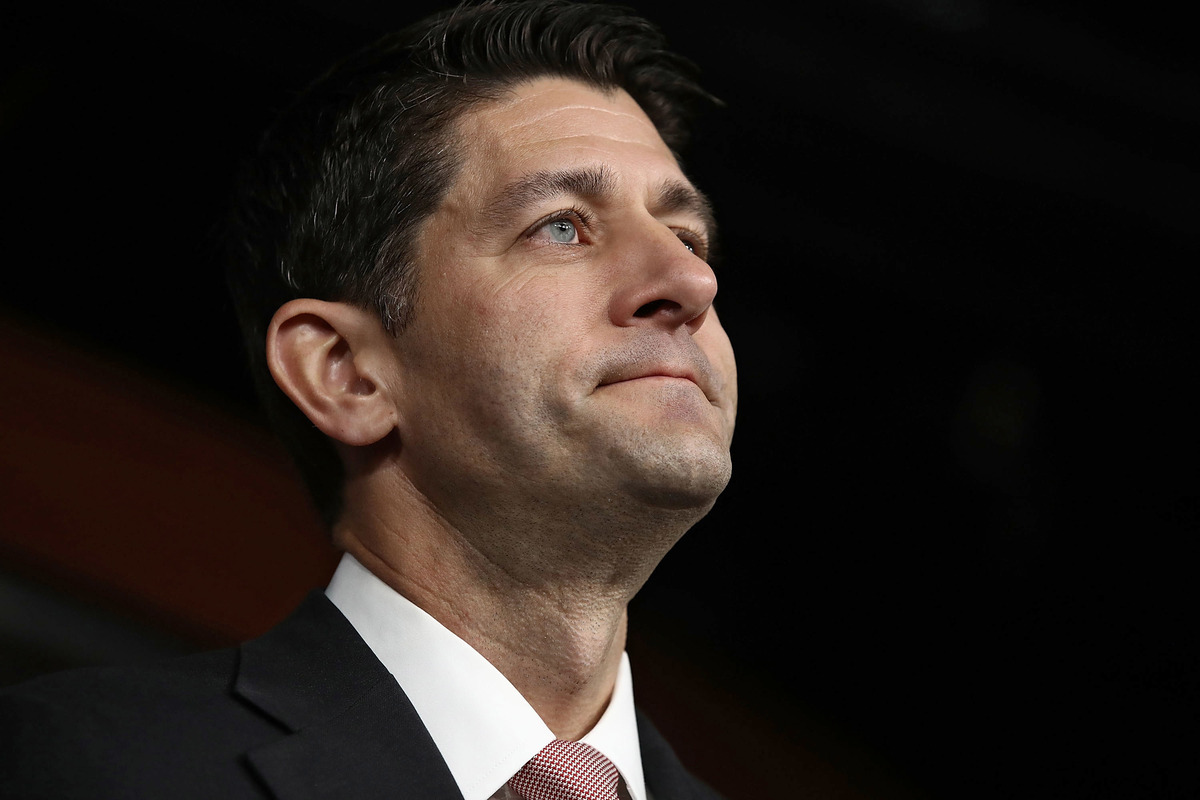 Rep. Paul Ryan is a powerful member of Congress — he's House speaker serving his ninth term, and up for re-election. But some persuasive forces — including GOP presidential nominee Donald Trump and conservative pundit Ann Coulter — are expressing support for his Wisconsin primary opponent Paul Nehlen.

The state holds its Republican primary next Tuesday, Aug. 9.

Ryan has endorsed Trump, though it's hardly a cozy relationship — Ryan took a while to endorse, and during his Republican convention speech he barely mentioned the candidate.

And he hasn't been shy about criticizing Trump. Over the weekend, Ryan defended Khizr Khan, a Muslim father who spoke at the Democratic convention about his soldier son who was killed in Iraq in 2004. Ryan said he "rejects" any religious test for entering the country — a clear jab at one of Trump's evolving immigration proposals — and that "Captain Khan was one such brave example" of Muslim-Americans who have "served valiantly in our military and made the ultimate sacrifice."

A religious test for entering our country is not reflective of America's fundamental values. I reject it. pic.twitter.com/DdsYj2XoLS

Members of Congress were mostly silent or critical of Trump's response to Khan. Sen. John McCain said, "I hope Americans understand that the remarks do not represent the views of our Republican Party, its officers, or candidates."

But Nehlen, who has referred to Ryan as "Lyin' Ryan" (reminiscent of Trump's own attacks of his presidential primary opponents), defended Trump's response to Khan, saying it was Khan who had "attacked, ridiculed and attempted to humiliate Mr. Trump and his positions on critical national security issues." In a statement, Nehlen wrote a point-by-point defense of Trump's response to the Khans and stance on terrorism.

"Just because Capt. Khan was a patriotic Muslim-American who loved and fought for his adopted country, that doesn't mean other Muslim-Americans don't hate the United States and wish our people deadly harm," Nehlen wrote.

Thanks to @pnehlen for your kind words, very much appreciated.

Nehlen has also attracted national attention beyond Trump. Conservative pundit Ann Coulter will join Nehlen at two rallies this Saturday in Janesville and Kenosha. And former vice presidential nominee and Alaska Gov. Sarah Palin has endorsed Nehlen, saying Ryan's "political career is over but for a miracle because he has so disrespected the will of the people."

Nehlen is tapping into that populist sentiment with his #DumpRyan campaign — hitting Ryan over immigration and for not proposing to build a border wall like Trump has. One TV ad features parents whose children were apparently killed by undocumented immigrants:

"Don't let one more American child die because Paul Ryan won't secure the border. Your vote on August 9th can save a life," Nehlen said at a recent campaign rally.

Former Democratic candidate Bernie Sanders has also waded into a House race by supporting Democratic National Committee Chair Debbie Wasserman Schultz's primary opponent Tim Canova. Sanders had repeatedly called for Wasserman Schultz to resign as chair over her handling of the election. She did so after the convention, and after an email leak showed DNC staffers trying to undercut the Sanders campaign.

"The political revolution is not just about electing a president, sisters and brothers. We need a Congress with members who believe, like Bernie, that we cannot change a corrupt system by taking its money," an email from the Sanders campaign in support of Canova read.