Accessibility links
'I Am Providence' Is A Love/Hate Letter To A Literary Subculture Nick Mamatas takes on the legacy of H.P. Lovecraft — both Lovecraft's notorious racism and sexism, and the zealous fandom that's sprung up around him — with scathing humor in his latest novel. 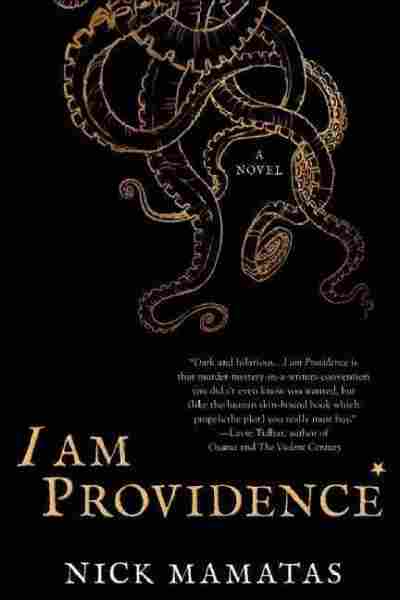 As H. P. Lovecraft's status as a beloved and important author has grown over the years, so has the scrutiny his work attracts for its racist, sexist, and xenophobic overtones. Earlier this year, two books — Matt Ruff's Lovecraft Country and Victor LaValle's The Ballad of Black Tom — took on Lovecraft's problematic views by paying tribute to his metaphysically horrific Cthulhu mythos while also addressing his attitudes towards race.

Nick Mamatas is another writer who's written Cthulhu stories, and he's also devoted his new novel, I Am Providence, to Lovecraft's legacy. Unlike Ruff and LaValle, though, Mamatas takes aim not only at Lovecraft's troubling beliefs, but the zealous cult of fandom that's sprung up around him. And he does so not with sobering depth, but with scathing humor.

Colleen Danzig is a vegan, green-haired horror writer who shows up at the Summer Tentacular — an annual Lovecraft convention held in Providence, R.I. — ready to hobnob and hit the bar between Cthulhu panels. Things don't go as planned. Colleen's platonic roommate for the convention, an older and more established author named Panos Panossian, turns up not only dead, but with his face removed.

With murder and mutilation unofficially added to the convention's programming, Colleen's circle of friends and colleagues — a motley collection of misanthropes, malcontents, and misogynists (in other words, Mamatas' caricatures of Lovecraft fans) — grows shaky as she begins to investigate Panossian's death. The chapters alternate between Colleen's point of view, in the third person, and Panossian's, in the first person. Startingly, Panossian narrates his chapters after his murder, issuing rambling, reflective monologues from some purgatory straight out of, well, a metaphysical horror novel.

Mamatas celebrates the weirdness and wonder of Lovecraft even as he subverts the writer and his followers. But does it all make for a good mystery? Mostly yes.

Scads of Lovecraft lore — not to mention the man's cat — get dug up during the course of Colleen's sleuthing. Mamatas knows his subject inside and out, and that makes I Am Providence all the more cutting. He's a fan himself, as well as a skeptic, and he turns his considerable authority and satirical skill toward skewering the subculture that's grown up around Lovecraft over the past century. "Fandom is the social network of last resort," Panossian opines from beyond, adding that "Lovecraftians in particular are a bunch of misfits and social defectives."

Mamatas isn't trolling, exactly — in his admittedly merciless way, he's laying bare the dysfunction, arrogance, and entitlement of Lovecraft fandom, and geek culture at large, with the finesse of a sociologist. A cruel sociologist, but still. At the same time, the plot involves arcane tomes bound in flesh and other such Cthulhu-tastic tropes; Mamatas celebrates the weirdness and wonder of Lovecraft even as he subverts the writer and his followers.

But does it all make for a good mystery? Mostly yes. Colleen is both an intrepid investigator and a funny, wise, charismatic protagonist, and the plot unwinds breezily at an Agatha Christie-esque pace. And Panossian, for all his beyond-the-grave crankiness, is an absorbing narrator, even though it becomes clear that he's basically a mouthpiece for Mamatas himself.

The biggest problem with I Am Providence is its insularity. As deep as the book gets, it's equally narrow, and no matter how accessible Mamatas makes his mystery, it's still mired in the in-fighting and minutia of a subculture that few can relate to. But he does play with some universal themes, up to and including our fascination with fantasy and horror in general, and why that sometimes crosses over into pathology, hatred, and fanaticism. In that sense, I Am Providence is pointed social commentary wrapped in a bilious in-joke — but one that's more than worth getting in on.