Accessibility links
A Beetle May Soon Strike Out Baseball's Famous Ash Bats Rawlings baseball bats have a big place in sports history. But now the ash trees used to make those iconic bats are threatened by an invasive beetle that's spreading in forests across the Northeast. 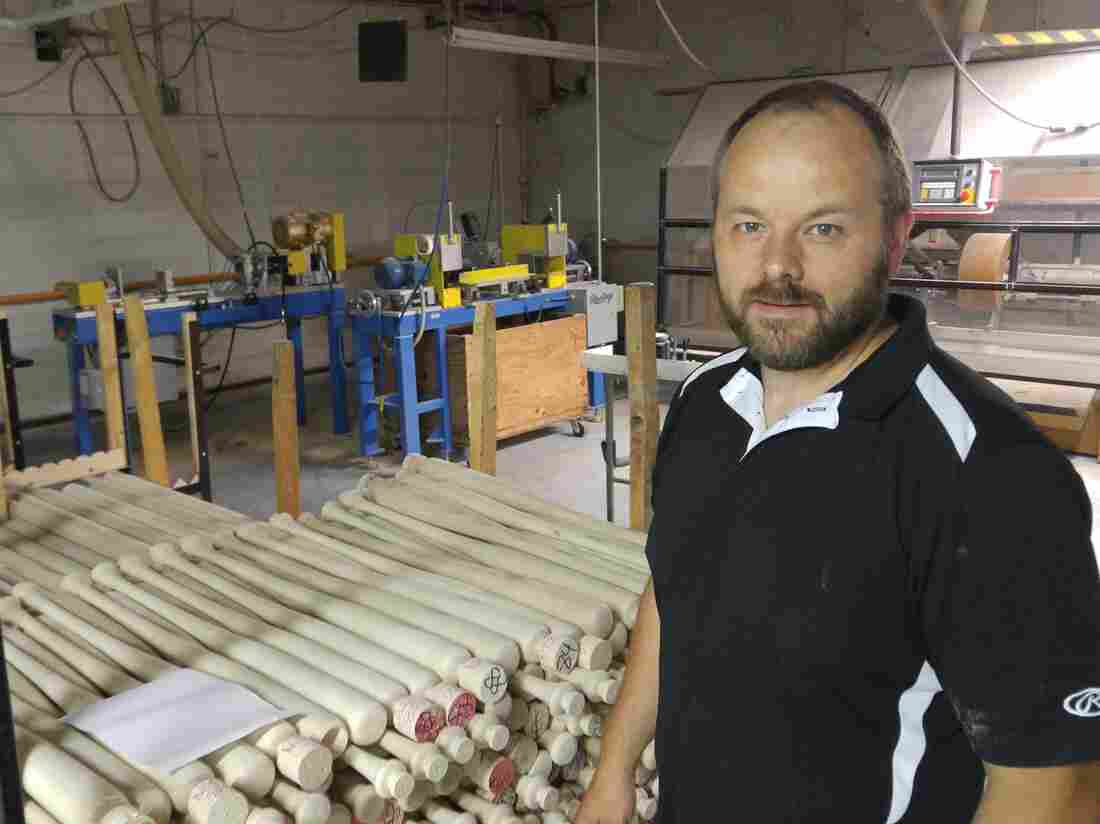 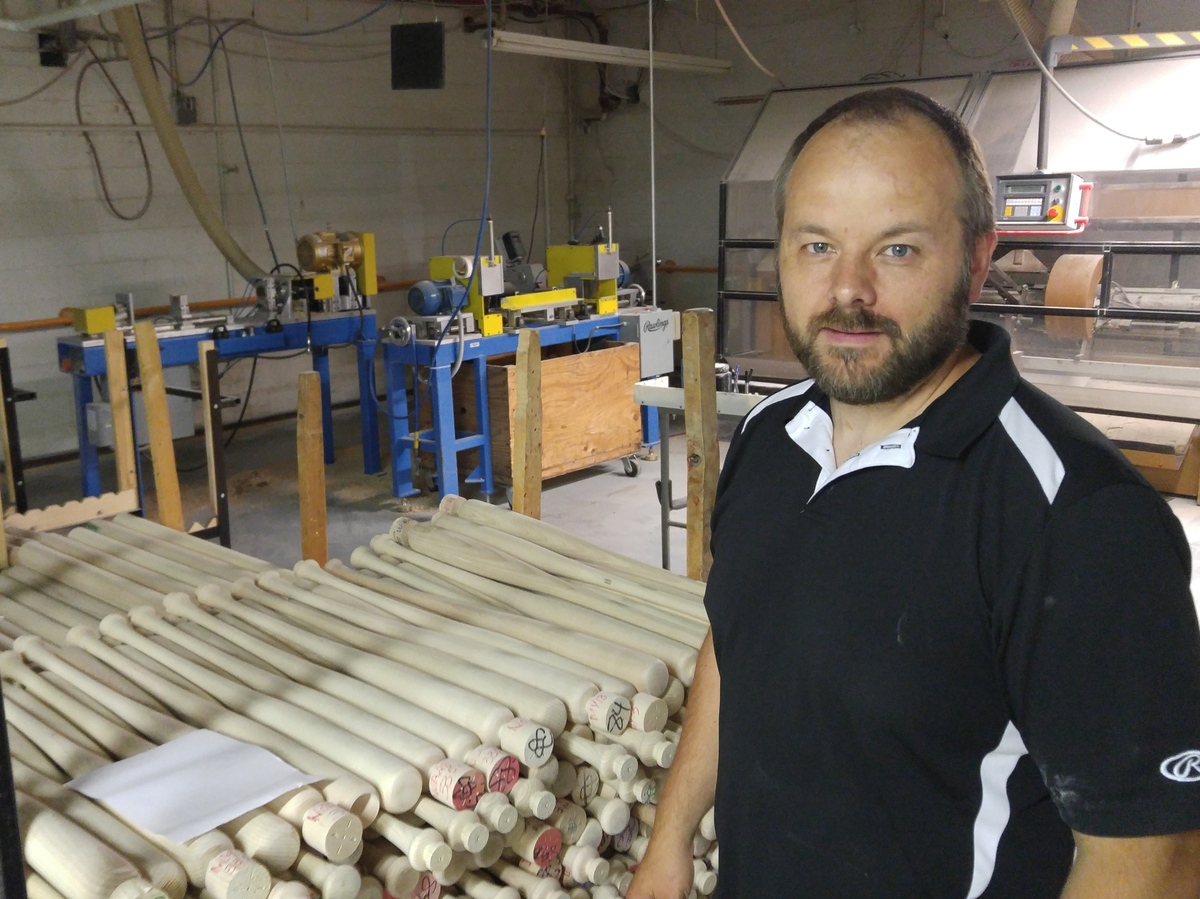 Plant manager Ron Vander Groef says the white ash used to make Rawlings baseball bats could be wiped out by emerald ash borers within the next few years.

They're now threatening groves in New York's Adirondack Mountains that are used to make an iconic kind of baseball bat.

On a sweltering day, at the Rawlings plant in Dolgeville, a humble little sawmill about an hour's drive west of Albany, workers sort chunks of pale white wood veined with brown. About 40 people work here. They've handcrafted baseball bats made from ash wood for more than a century.

The home run in 1951 — the famous "shot heard round the world" — that lifted the New York Giants over the Brooklyn Dodgers in the pennant race was hit with one of these bats. The bats are still a favorite with major leaguers.

He says ash is popular because these bats don't shatter as easily as other woods. A lot of the famed Louisville Slugger bats are also made from ash trees cut in New York and Pennsylvania.

But now an emerald-green invasive bug that looks sort of like a fancy grasshopper is threatening forests from Michigan to New York. The larvae chew layers of healthy bark into pulp.

"If the ash borer is not controlled, it'll wipe out the entire species of white ash," Vander Groef says. "We will not be able to make any more pro bats or retail bats or anything out of white ash because it will be gone."

The Rawlings plant makes about 300,000 bats a year and about 70 percent of those have been made of ash. Vander Groef says the company's supply could be gone — or become unaffordable — within three years. 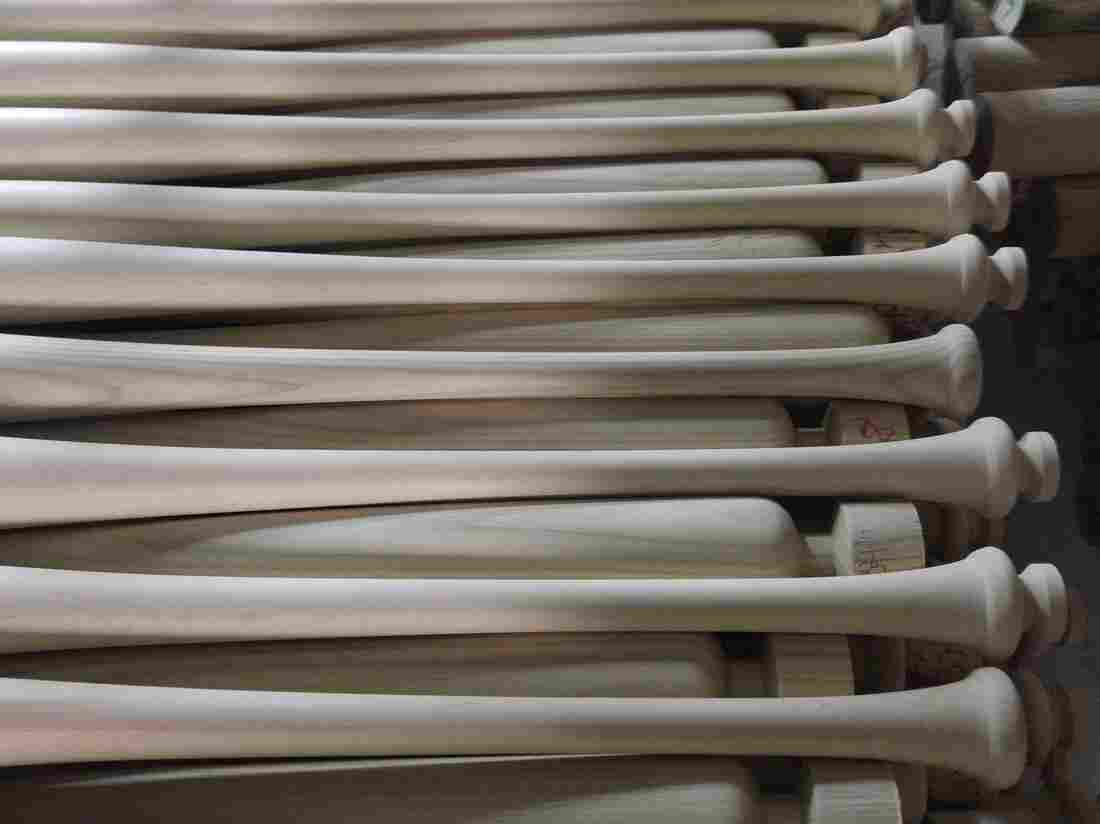 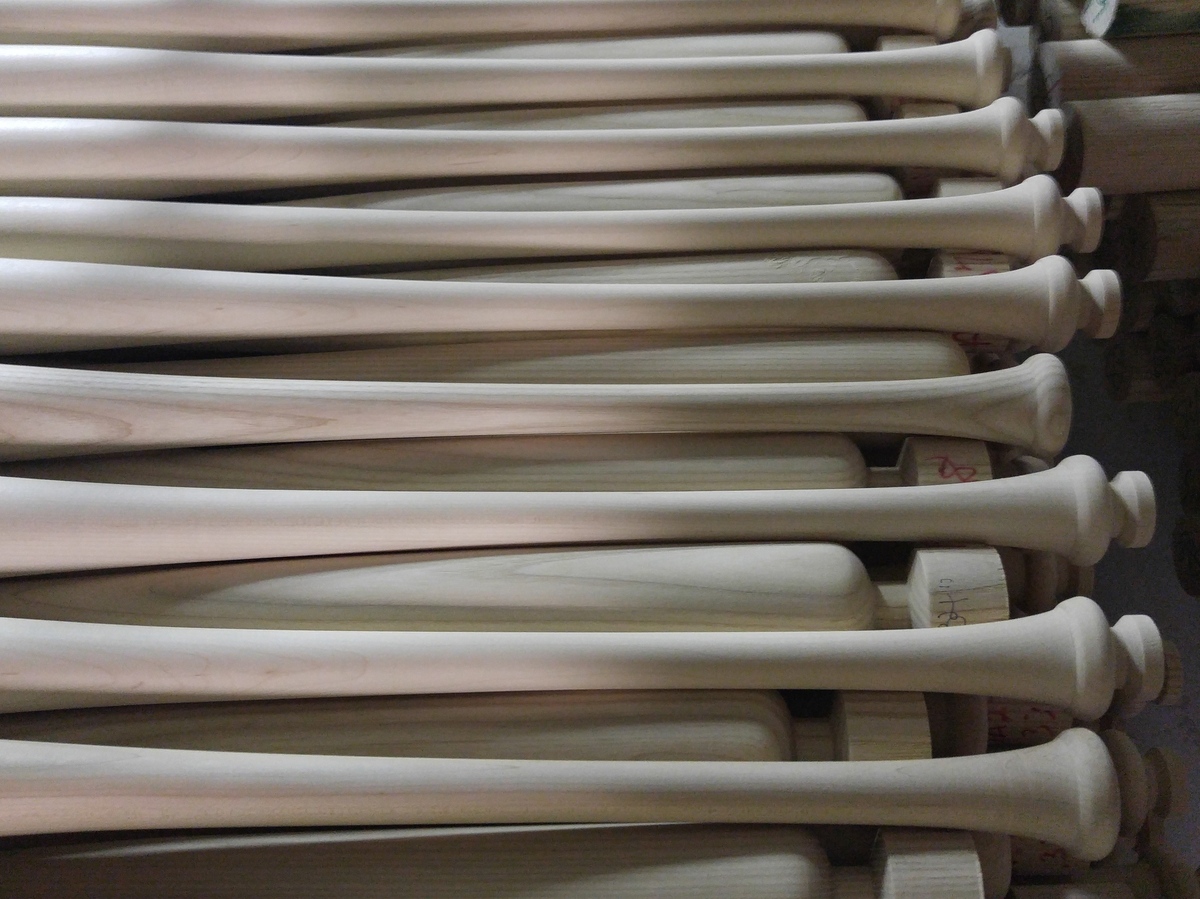 The Rawlings plant in Dolgeville, N.Y., makes about 300,000 bats a year and employs about 40 people.

This won't end baseball as we know it. A pretty decent bat can still be made from birch or maple. But scientists say this is kind of a wake-up call for something a lot bigger.

"It's bordering on catastrophic," says Deborah McCullough, a scientist at Michigan State University. She was one of the first entomologists to realize that emerald ash borers had invaded.

The Upside Of The Bitter Cold: It Kills Bugs That Kill Trees

Federal and state officials across the country are working to try to quarantine areas affected by emerald ash borers. That means no untreated wood can be moved out of those areas. They're also experimenting with insecticides and with the release of a variety of wasp that targets ash borer larvae.

McCullough is hopeful that some white ash will survive, but in some areas 90 percent of these trees have died. "When you start losing entire species, the effects cascade through the whole ecosystem," she says.

So next time you see a baseball bat shatter in a big game, it may be that ballplayer was forced to swing maple instead of ash. And it won't just be America's pastime that's changed. America's great eastern forests are changing, too.