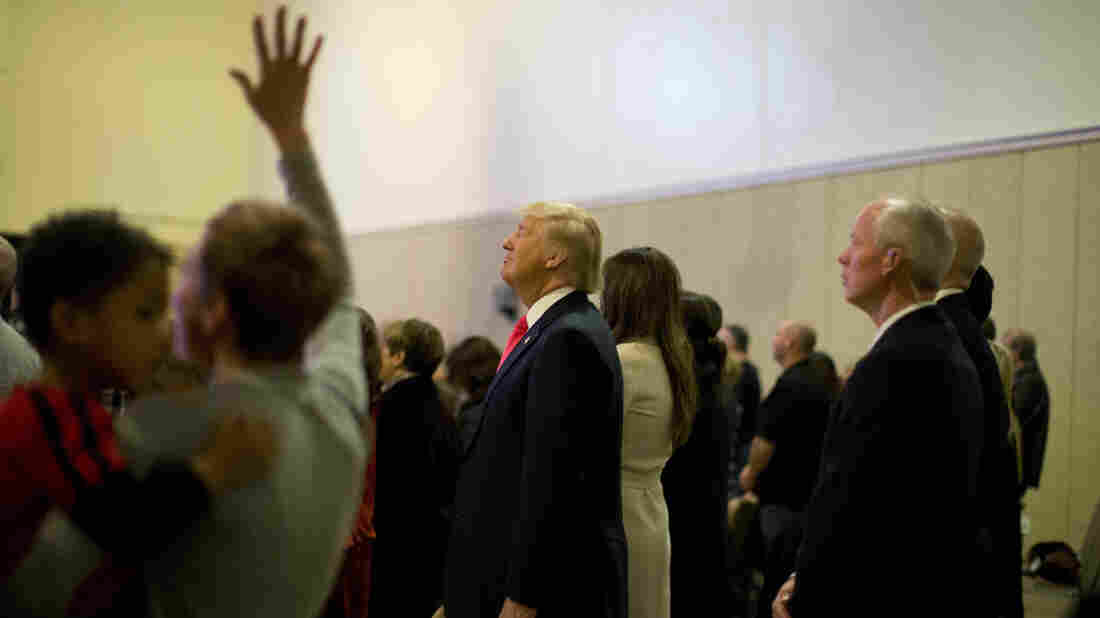 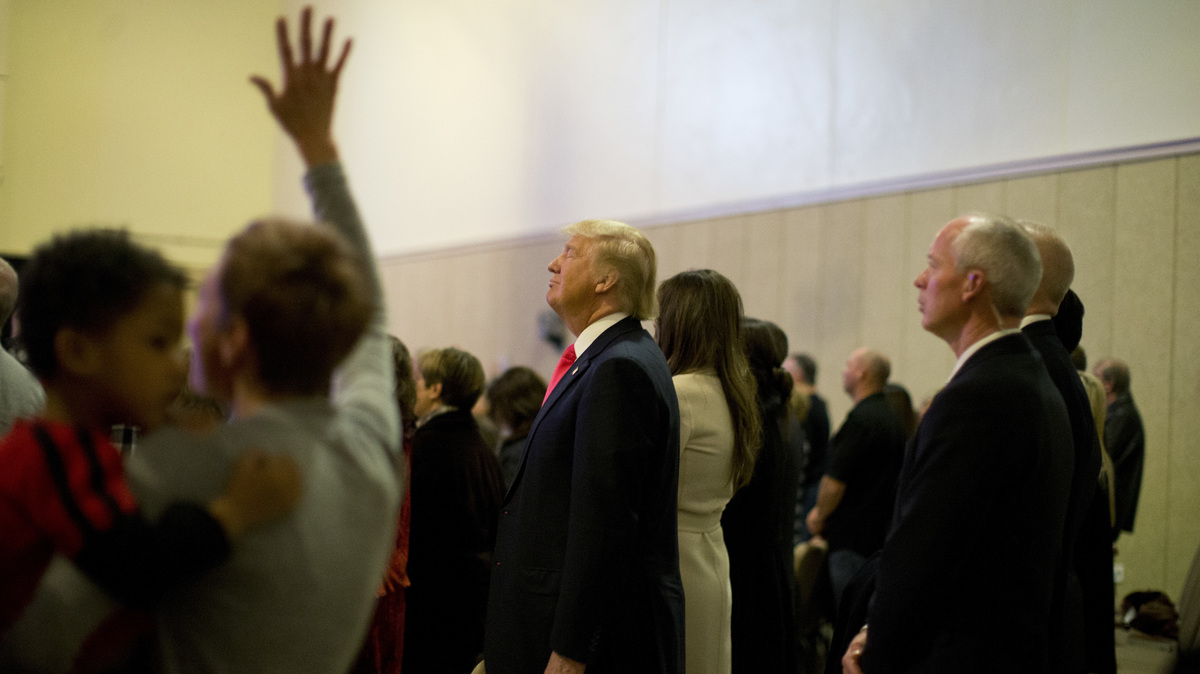 (Editor's note: Both major presidential candidates this year are Protestants. Both of their running mates were raised as Catholics. Beyond that, their faith profiles are very different. We dug into the faiths of the Republican candidates below and of the Democratic ticket here.)

In his speech to the Republican convention, Donald Trump thanked "the evangelical and religious community" for supporting his candidacy, but then added, "I'm not sure I totally deserve it." Trump does not often express humility, but in this case he seemed to be acknowledging a fairly obvious point.

The Pew Research Center's January 2016 survey of Americans' views of their presidential candidates found only 30 percent regarded Trump as "very or somewhat" religious. Sixty percent said Trump was "not too" or "not at all" religious. No candidate, Republican or Democrat, had a lower religiosity score.

He has said a Bible his mother gave him as a youngster is "very special to me." However, Trump faced criticism after he would not identify a favorite scriptural passage when asked to do so. "I don't want to get into specifics," he said. He does not claim to be especially devout and once told an interviewer he couldn't remember ever asking for forgiveness.

In spite of those apparent religious shortcomings, however, it is not quite true that Trump lacks a personal faith tradition. He was baptized and confirmed at a Presbyterian church in the Queens neighborhood where he grew up. Later, his parents joined Marble Collegiate Church in Manhattan. The pastor there was Norman Vincent Peale, and it's the church Trump came to call his own.

Peale was in fact one of the most famous Christian preachers of the 20th century, well known for his admiration of successful businessmen. He regularly sprinkled his sermons with anecdotes about prominent industrialists he had known and respected, from the president of the Ralston Purina Company to the founder of Kraft Foods.

In his book, The Power of Positive Thinking, and in his preaching, Peale promoted a faith message that appealed to Donald Trump.

"Peale got very interested in the notion that the Gospel could unleash power, that having a divine relationship with God could unleash power within a person for success," says Michael Hamilton, a historian of American Christianity at Seattle Pacific University. "And he defined success pretty broadly, so it partly included material success. God didn't want people to be poor."

Among the businessmen Peale welcomed to his church was Donald Trump's father, Fred Trump, a New York real estate developer.

"When he went into church on Sunday," Hamilton says, "[Fred Trump] would hear his minister telling him stories about if you have positive thinking, if you're faithful, if you're upholding your family and your community, then that's what unleashes the power that's made you successful."

Peale, who died in 1993, rarely talked about salvation. His message was more practical than theological. It echoes today in what's known as the Prosperity Gospel, practiced by megachurch televangelists who favor spectacle and say God chooses to reward some people with material wealth.

Donald Trump, drawn to Norman Vincent Peale in his younger days, now surrounds himself with prosperity preachers. Paula White ("a tremendous person, tremendous woman"), Mark Burns ("I don't know if you've watched him on television") and Darrell Scott ("phenomenal guy") were among those with Trump in June when he spoke to a Faith and Freedom conference in Washington, D.C.

If Trump felt he needed to demonstrate still more religiosity, he may have relieved it with his choice of Indiana governor Mike Pence as his running mate.

"I'm a Christian, a conservative, and a Republican — in that order," Pence said as he accepted the vice presidential nomination. It's a phrase he's used to describe himself before — his religious convictions have been a hallmark of his career.

His own faith story is intriguing. Raised in an Irish Catholic household, Pence was an altar boy at his local church and went to a parochial school. As a member of a non-denominational Christian youth group at college, he had a "conversion" experience. By 1994, he was describing himself as a "born again evangelical Catholic." The label confused some theologians who focus on the differences between Catholicism and evangelical Christianity, but other Christians understood what he meant.

"'Born again' comes from the Bible," said Kirsten Powers, a USA Today columnist and Fox News commentator who had her own conversion experience about 10 years ago. "It's a phrase Jesus used."

"Catholic or evangelical or mainline Protestant, any of these people could be born again," she says. "If somebody said to me, 'I'm an evangelical Catholic' or 'I'm a born again Catholic,' it would be them saying 'I'm a sincere Christian. I read the Bible. My life has been transformed.'"

Trump himself has never claimed to be transformed or "born again." But that may not matter, if he outsources the responsibility for religious outreach to his running mate. As Indiana governor, Mike Pence bolstered his conservative credentials by signing a religious liberty law to protect business people — critics said it would allow them to discriminate against gays and lesbians. If Pence now says Trump is a good man, that may be enough for voters who care about their candidates' faith.