Accessibility links
Trash Backlash: The Battle For The Future Of 2 Pennsylvania Towns In Pennsylvania, disposal of out-of-state waste is an important revenue source for some small towns. But Keystone Sanitary Landfill's plan to expand is meeting strong opposition. 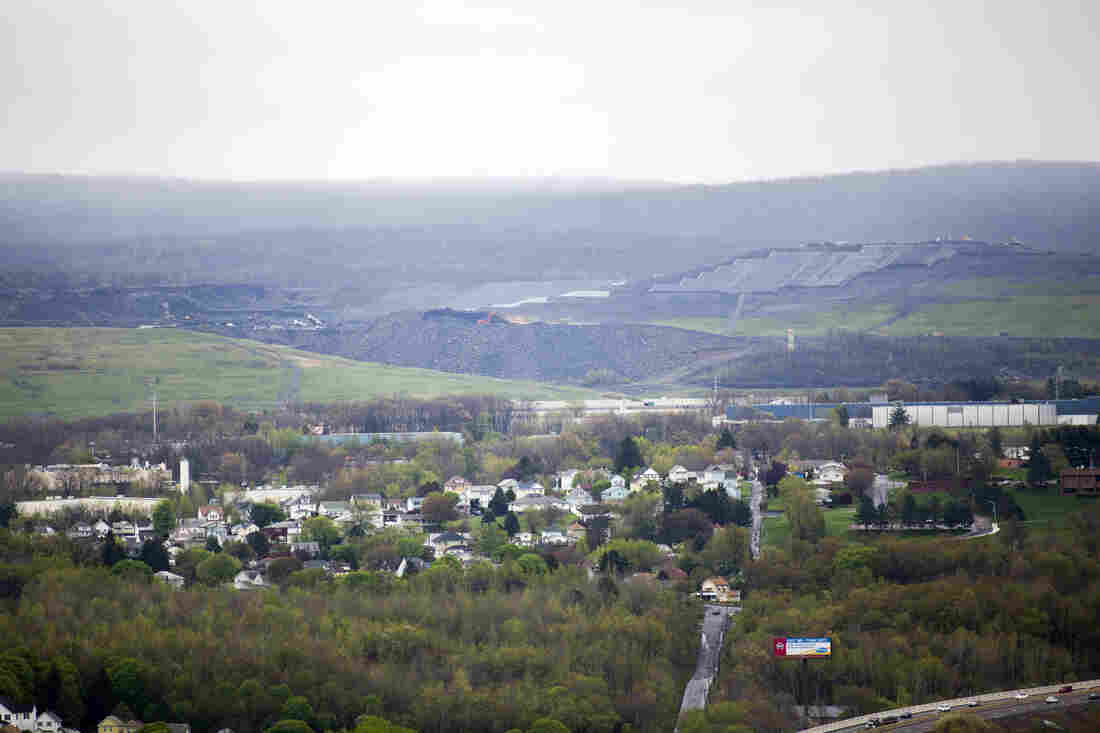 The Keystone Sanitary Landfill outside Scranton, Pa., is pushing to expand its permit for another 50 years. Local activists concerned about the environmental impact are pushing back. Jessica Kourkounis/Keystone Crossroads hide caption 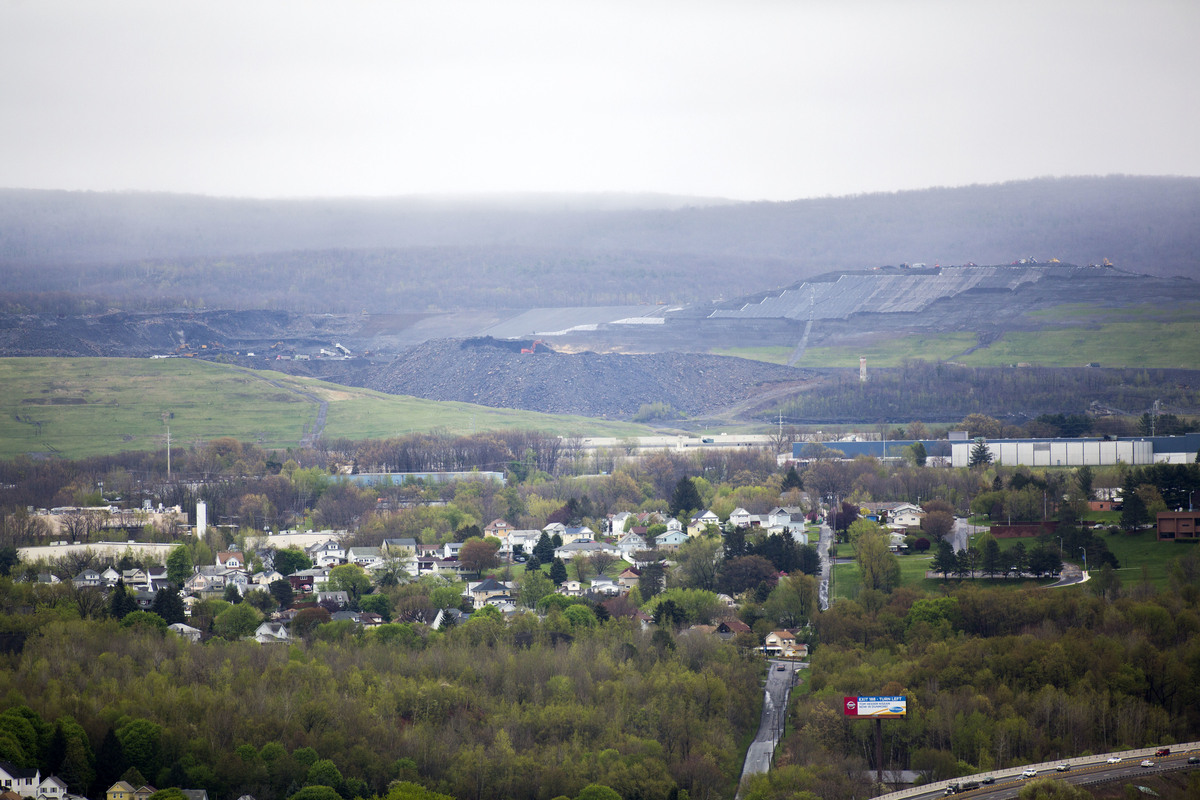 The Keystone Sanitary Landfill outside Scranton, Pa., is pushing to expand its permit for another 50 years. Local activists concerned about the environmental impact are pushing back.

Each day, 520 trucks with more than 7,000 tons of garbage trundle through the potholed streets of Dunmore and Throop, Pa. The two small towns, just outside Scranton, are home to the Keystone Sanitary Landfill. The trash, however, comes from all over — just about half arrives from out of state.

Keystone Sanitary recently requested a 40-plus-year extension of its permit, which is slated for another eight years, but local activists are pushing back.

According to Pat Clark, co-founder of Friends of Lackawanna and opponent of the proposal, the towns should not tie their futures to trash.

"We have made our bed 50 and 100 years ago, from coal on forward, so now we are so desperate for any kind of financial revenue that we'll take anything," Clark said.

Keystone Sanitary employs 150 people and, according to a report filed with the Department of Environmental Protection, spends about $8 million locally per year.

"We've supported their municipal finances significantly," said Al Magnotta, spokesman for Keystone Sanitary. "We believe it spins off a lot of business to the local economy that wouldn't exist if it ceased to be there."

Indeed, $4 million of Throop's annual $6 million budget comes from landfill host fees. Dunmore, which was on the brink of insolvency in 2011, recently renegotiated its deal with the landfill. With the expansion, it'll earn more and more over the next 50 years — a total of nearly $200 million.

Friends of Lackawanna also expressed concerns over the local environmental impact of the 750-acre landfill, including the dangers of air pollution and leachate — basically trash juice — leaking into the groundwater. The Pennsylvania DEP, which is reviewing the expansion plans and has final say over the proposal, keeps a close eye on landfill safety.

Sen. Bob Casey, D-Pa., and Rep. Matt Cartwright, D-Pa., whose districts include both Dunmore and Throop, have both spoken out against the expansion plans. Casey also introduced to Congress the Trash Reduction And Sensible Handling (TRASH) bill, which would slow interstate waste imports.

Five of the seven members of the Dunmore Borough Council oppose the expansion, but they have wavered in their support. For the struggling area, the money is hard to turn down.

But just as they did with the coal mining industry, Clark said, the towns will eventually have to survive without the income from the landfill, whether in one decade or five. He believes closing the door on the expansion will open up greater opportunities going forward.

"There is no one in the country better positioned to start dictating and changing policies on waste than Pennsylvania because we take the most," Clark said.