Accessibility links
Review: Blind Pilot, 'And Then Like Lions' The band makes wistful late-summer music — songs of reflection and connection, carried out in a subtle swirl of strings, horns, pianos and voices. 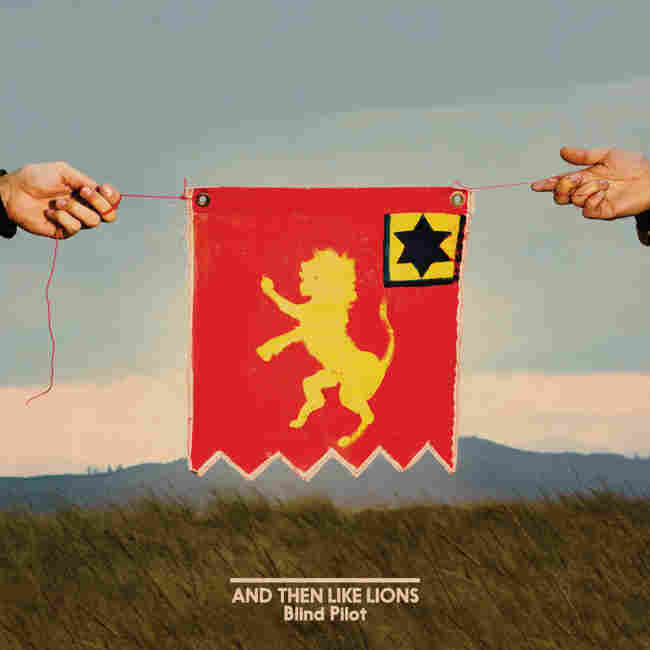 It's taken Blind Pilot five years to release a follow-up to 2011's We Are The Tide, and the result befits a group that moves at its own pace: And Then Like Lions unfurls slowly and gracefully, its energy directed more toward richness of sound than speed or force. The Portland, Ore., band makes wistful late-summer music — songs of reflection and connection, carried out in a subtle swirl of strings, horns, pianos and voices.

Singer Israel Nebeker has described And Then Like Lions as a reflection on how we connect to the past, but it's a theme that takes many forms: The slow-building "Umpqua Rushing" channels thoughts on jealousy and regret through references to rivers and forest fires, showcasing Blind Pilot's gift (heard in "Moon At Dawn" and elsewhere) for conflating personal narratives with the movement of the natural world. In the lightly ambling "Don't Doubt," Nebeker offers a bit of advice — "Don't you doubt / Everybody's seen the winter / Don't you take the dark way out" — that seems to bear the weight of experience.

There's a sense of deliberation to everything Blind Pilot has done in its three-album career: After all, back when the band consisted of just Nebeker and drummer Ryan Dobrowski, the two toured up and down the West Coast via bicycle. Now that it's a six-piece with a label deal and a national following, Blind Pilot travels more quickly. But it still uses its music as a vehicle for slowing down and examining the world around it.