Accessibility links
Great Actors Spend 'Five Nights In Maine' But It Feels More Like A Fortnight Dianne Wiest and David Oyewolo work through grief and resentment in a plodding film our critic calls "an agonizing dirge." 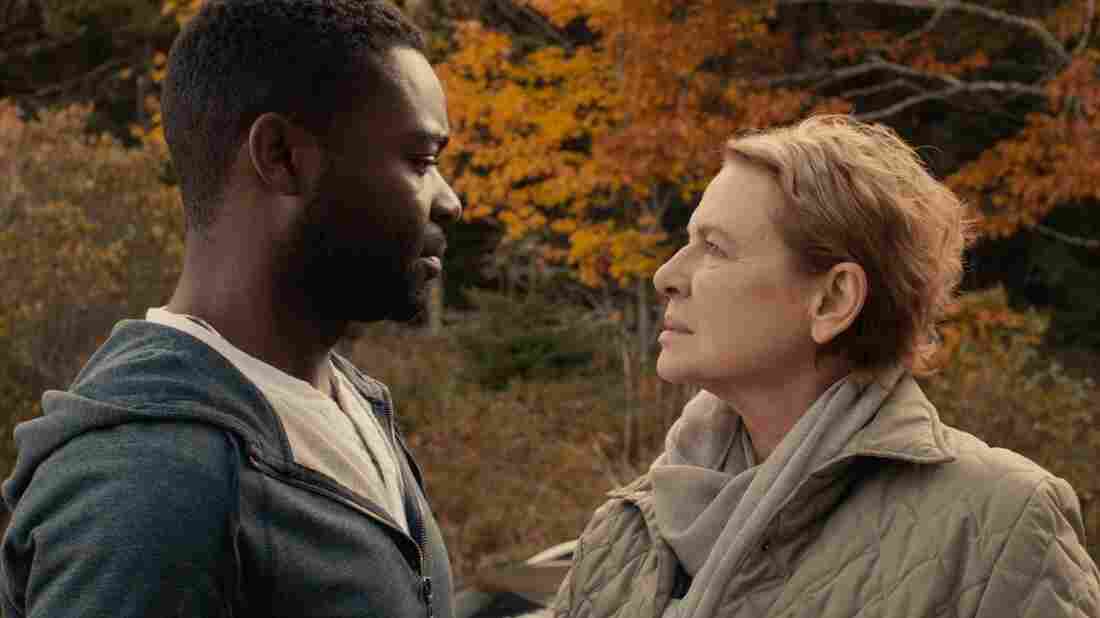 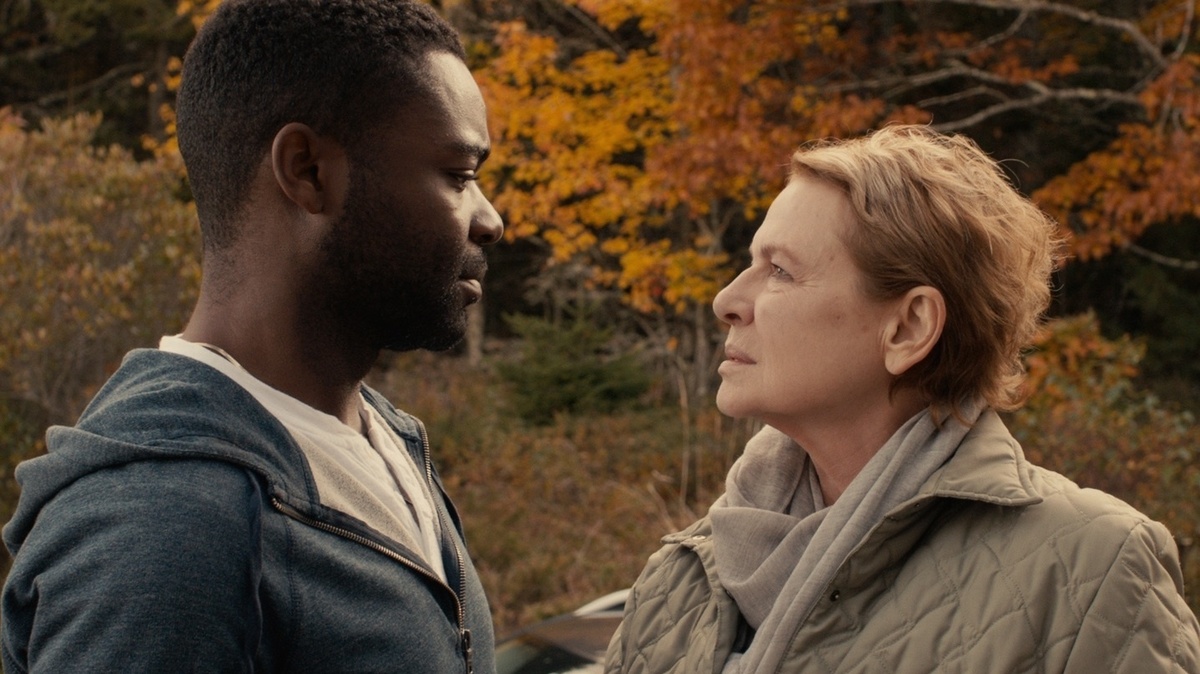 The grieving process resists dramatization because its mysteries are so internalized and particular, and not easily clarified through action. We can watch the bereaved shuffle through the scenery, reviving their long-dormant smoking habit, but all that moping around reveals nothing but the dull, persistent ache that trails them like a raincloud. Someone suffering loss may cut other people out of their lives, but filmmakers don't have the luxury of closing the blinds and locking the door, too. They have to crack the window open and give us a peek inside.

Otherwise, there's the risk of winding up with an agonizing dirge like Five Nights in Maine, which spends 80 minutes in a grief-off between the husband and mother of a troubled woman who dies in a car accident. That superb actors like David Oyewolo and Dianne Wiest are cast in the lead roles makes the film both more watchable and more acutely disappointing, because it's too reserved to take full advantage. Writer-director Maris Curran, making her feature debut, limits the outpourings of emotion to just a few short spasms and fills in the rest with minor behavioral observations. Her subtlety is a miscalculation; the sum of it barely registers.

Curran opens with an idyllic scene of Sherwin (Oyewolo) and wife Fiona (Hani Furstenberg) in bed together before yanking out the rug. Sherwin may cling to such sweetnesses — and the audience, too — but when he gets the dreaded late-night phone call informing him of her death in a car accident, the unresolved tensions in their marriage haunt him as much as their lost happiness. After days of drinking and smoking in a listless stupor, Sherwin decides to drive from Atlanta to rural Maine to visit his wife's terminally ill mother Lucinda (Wiest), who'd always been the biggest sore spot in their relationship.

With Lucinda on bedrest most of the day, Sherwin spends much of his time sifting through old pictures and memories of his wife and seeking solace in the forest and lake outside her home. He also strikes up a friendly rapport with Lucinda's nurse, Ann (Rosie Perez), who genuinely cares for a client who dismisses her, in a fit of pique, as "the paid help." When Sherwin and Lucinda finally start dining together, old tensions slowly resurface about Lucinda's maternal ambivalence, which carried all the way through Fiona's final visit, and the thorny issue of Sherwin and Fiona having a child of their own.

With so little time left herself, Lucinda speaks with a bridge-burning candor that stings Sherwin deliberately, but Curran persistently tiptoes around the dramatic fault lines between them, despite Oweloyo and Wiest's evident commitment to play these characters to the hilt. With Lucinda outliving her child and Sherwin losing the possibility of fathering a child, their grief is shared as much as it's used as a wedge to cleave them apart. And yet these actors, when they share the same space, never get the chance to let those feelings out, because Curran bottles them up in the interest of restraint.

Instead, Five Nights in Maine plods along on its woodwind score and gets caught up in more private notations of grief: Sherwin shelving a lipstick-stained coffee mug as a memento, or pricking his index finger against a loose nail on the porch, or submerging himself in pond water. Curran also raises the issue of race only to abandon it suddenly, like staging a scene where a hunter shoots at Sherwin in the woods but never investigating it any further. Surely Sherwin's blackness figures into Lucinda's resentment towards him, but it's a sign of the film's fatal timidness that Curran doesn't follow through on it. We're left to guess how they feel at the beginning of the film and we don't learn much more by the end.