Accessibility links
Obama Says Donald Trump's Charge That The Election Will Be 'Rigged' Is 'Ridiculous' Donald Trump, who has begun to slip in the polls, has charged that the outcome of November's election will be "rigged." President Obama blasted that as "ridiculous" in a wide-ranging news conference.

President Obama: The Election Will Not Be 'Rigged'

President Obama: The Election Will Not Be 'Rigged' 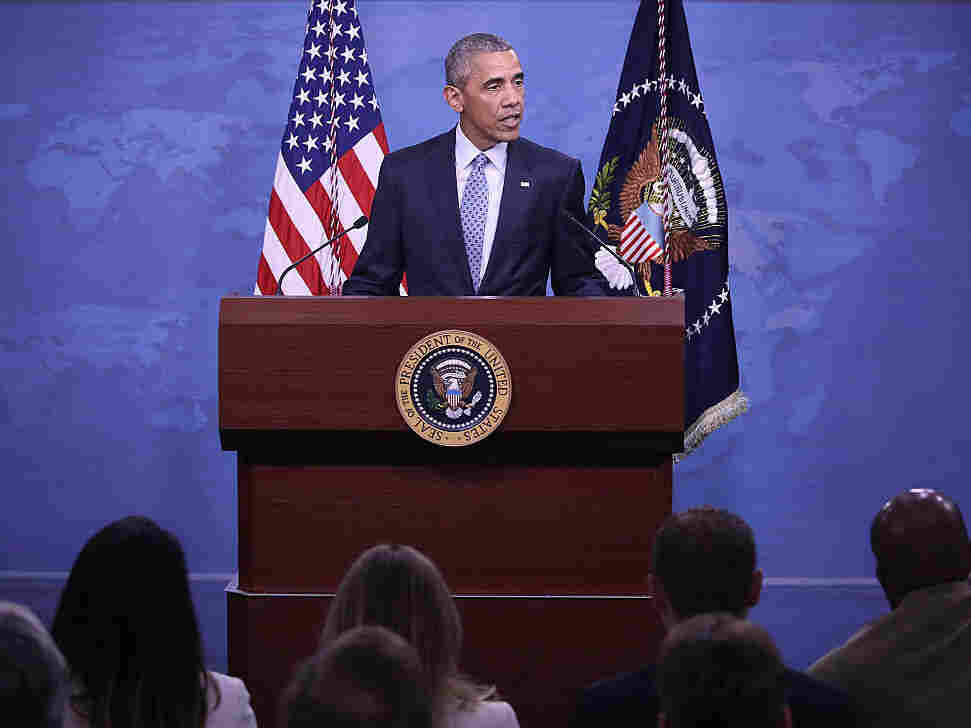 President Obama speaks to the media after a meeting with Secretary of Defense Ashton Carter and members of the Joint Chiefs of Staff at the Pentagon on Thursday in Arlington, Va. Mark Wilson/Getty Images hide caption 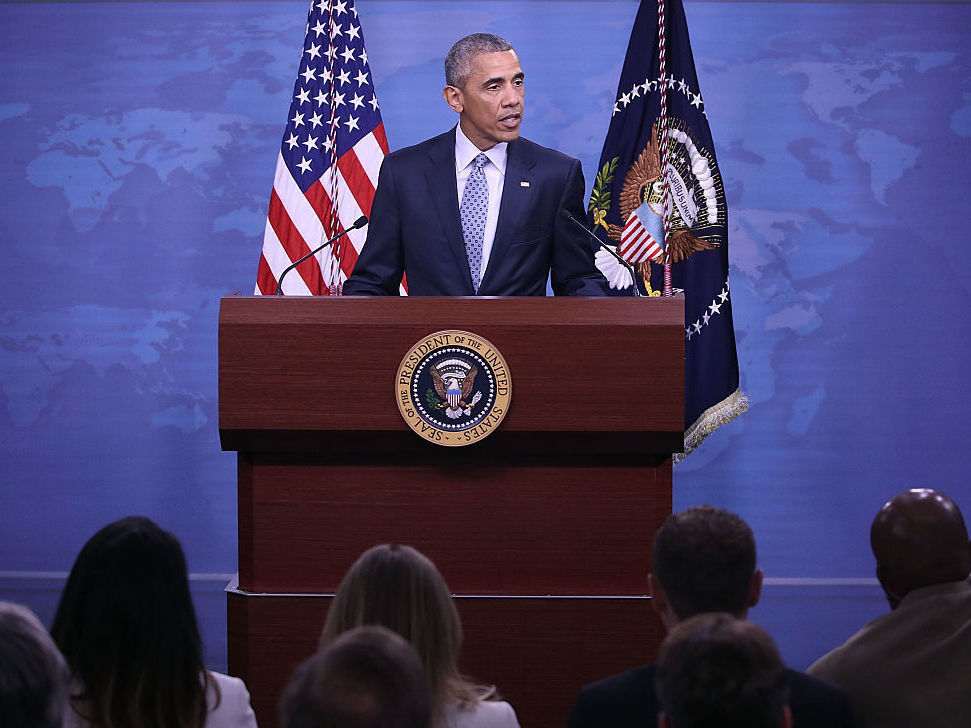 President Obama speaks to the media after a meeting with Secretary of Defense Ashton Carter and members of the Joint Chiefs of Staff at the Pentagon on Thursday in Arlington, Va.

President Obama dismissed GOP presidential nominee Donald Trump's comment this week that the election may be "rigged" this year.

"Of course the election will not be rigged! What does that mean?" Obama said at a news conference at the Pentagon. "That's ridiculous. That doesn't make any sense."

The president added Americans should not take Trump's musings on this seriously. "We do take seriously, as we always do," the president said, "our responsibilities to monitor and preserve the integrity of the voting process."

On a Monday campaign stop in Ohio, Trump told voters: "I'm afraid the election's going to be rigged. I have to be honest."

Obama on Thursday equated Trump's comments to children in the schoolyard complaining about a loss "before the score is even tallied."

On a separate matter, the president said he believes Trump should continue to receive national-security briefings, an established practice for all presidential candidates to ensure a smooth transition for the next administration.

Trump raised questions this week when he repeatedly claimed to have witnessed video shot in Tehran of the recent $400 million cash transfer from the U.S. government. There is no evidence that video exists and his campaign aides have walked back Trump's claim.

"If someone is the nominee," Obama said, "they get security briefings, so if they were to win they're not starting from scratch if they were to become president. They have been told these are classified briefings. If they want to be president, they have to start acting like a president."

Obama does not believe Trump will be that president. Earlier this week he said he believes Trump is "unfit" for office and went so far as to call on GOP leaders to renounce his candidacy.

Obama's press conference was held at the Pentagon, where he was meeting with military officials to discuss the latest U.S. efforts to dismantle the Islamic State.

Obama is heading to Martha's Vineyard this weekend for his annual summer vacation.