Accessibility links
Protesters Hold Up Pocket Constitutions At Trump Rally Taking a cue from Khizr Khan's speech at the Democratic National Convention, protesters held up the booklets during a Trump speech in Portland, Maine. 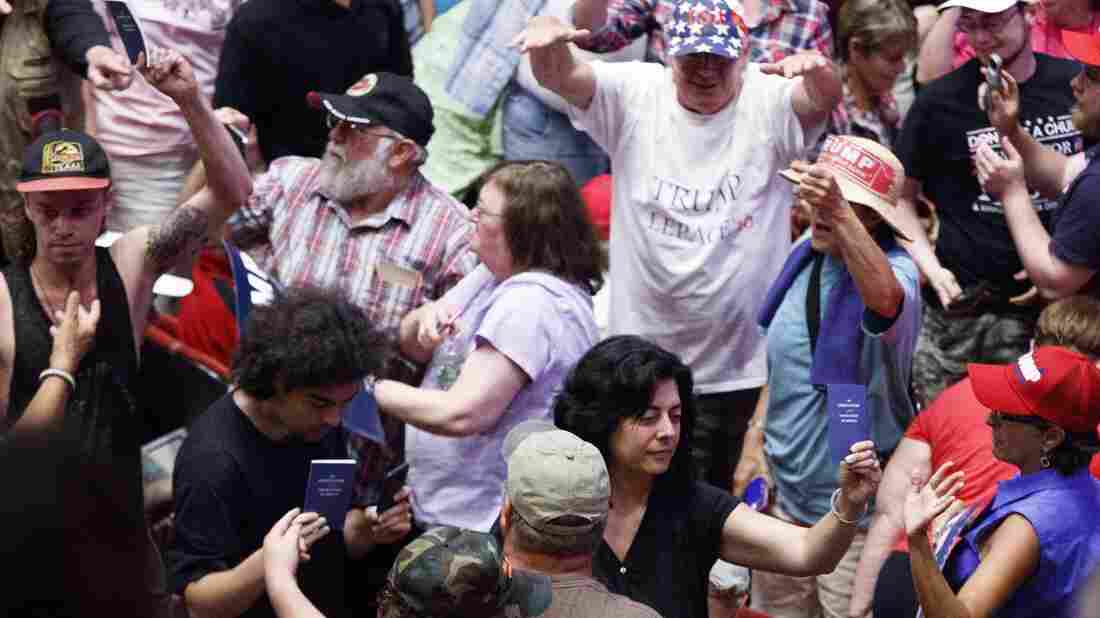 A group of protesters hold up copies of the Constitution as Republican presidential candidate Donald Trump speaks during a campaign rally Thursday in Portland, Maine. Evan Vucci/AP hide caption 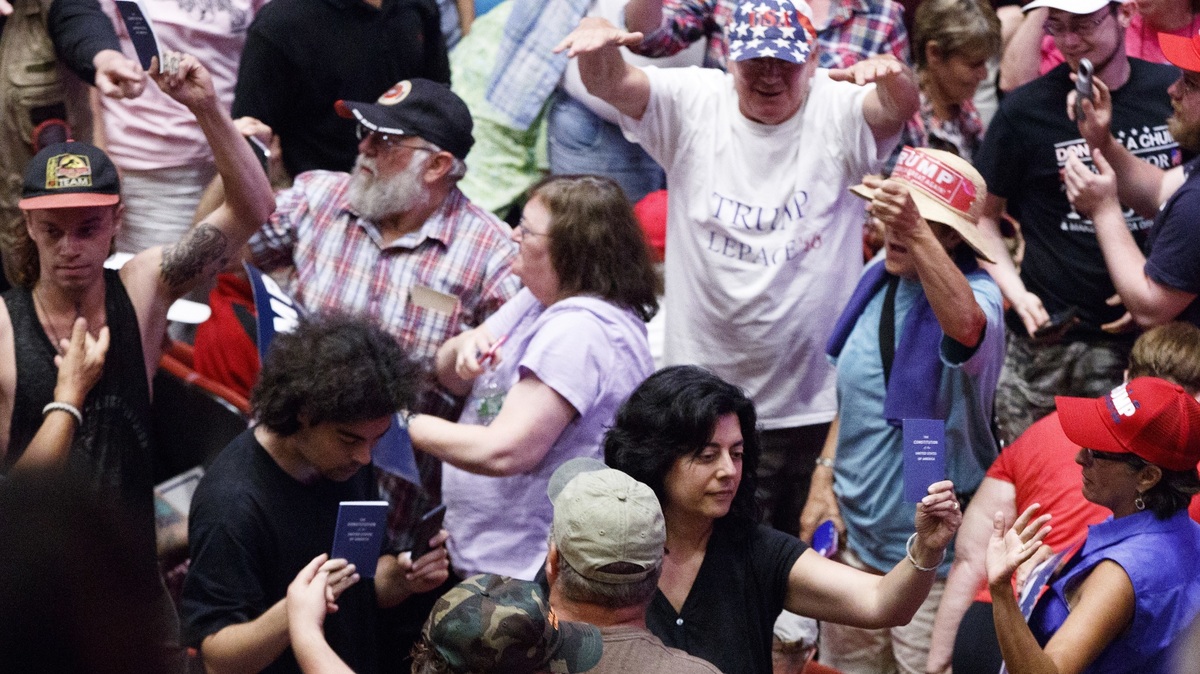 A group of protesters hold up copies of the Constitution as Republican presidential candidate Donald Trump speaks during a campaign rally Thursday in Portland, Maine.

Protesters holding up pocket constitutions were reportedly ejected from a Donald Trump rally in Portland, Maine on Thursday. Video from the rally shows protesters standing and holding the booklets in the air. Campaign staffers shortly thereafter removed the protesters, CNN reports.

Protesters at @realDonaldTrump's event in Portland, Maine stand & hold up copies of the Constitution as Trump speaks pic.twitter.com/xgsEIa7AuK

Afterward, he said, "Well, you have to say, you know, a Trump rally is the safest place in our country to be, believe me."

In the below video, the protesters can be seen shortly after the 13-minute mark.

The pocket constitution became an instrument of protest against Trump in a speech Khizr Khan delivered at the Democratic National Convention last week. Khan, the father of a fallen Muslim soldier, held up a pocket constitution as he criticized Trump: "Let me ask you: Have you even read the United States Constitution? I will gladly lend you my copy."

Since then, the pocket constitution's popularity has soared — earlier this week, a pocket constitution was at No. 2 on Amazon's bestseller list, as the New York Times reported. Today, it's at No. 5. The speech also inspired the American Civil Liberties Union to give away free copies.

But using it to protest the Republican nominee is a change from recent years in which the Constitution has become a conservative symbol, and particularly a Tea Party symbol. When members of the House of Representatives did a reading of the Constitution before the start of Congress' session in 2011, it was considered a sign of recognition to Tea Party members (though some Democrats also participated).

That made the protest against a Republican candidate remarkable, as the Boston Globe's Matt Viser noted:

People at a Trump rally hold up copies of the constitution. They are booed, and escorted from the room. This is definitely a new GOP.

Shortly after the pocket Constitution protest, another protester interrupted Trump. However, Trump told his crowd that protests against him have diminished.

"It's happening a little bit today, but it hasn't been happening much," he said. "I sort of miss my protesters."

Update: On August 5, after the video was shortened, this piece was updated to show at which time in it the protests take place.