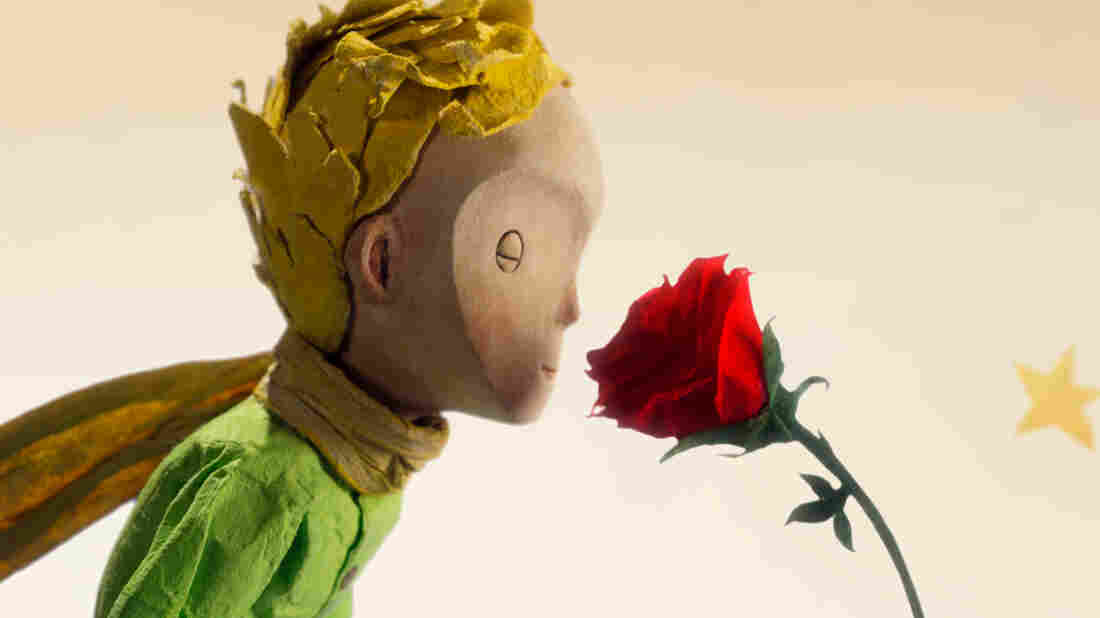 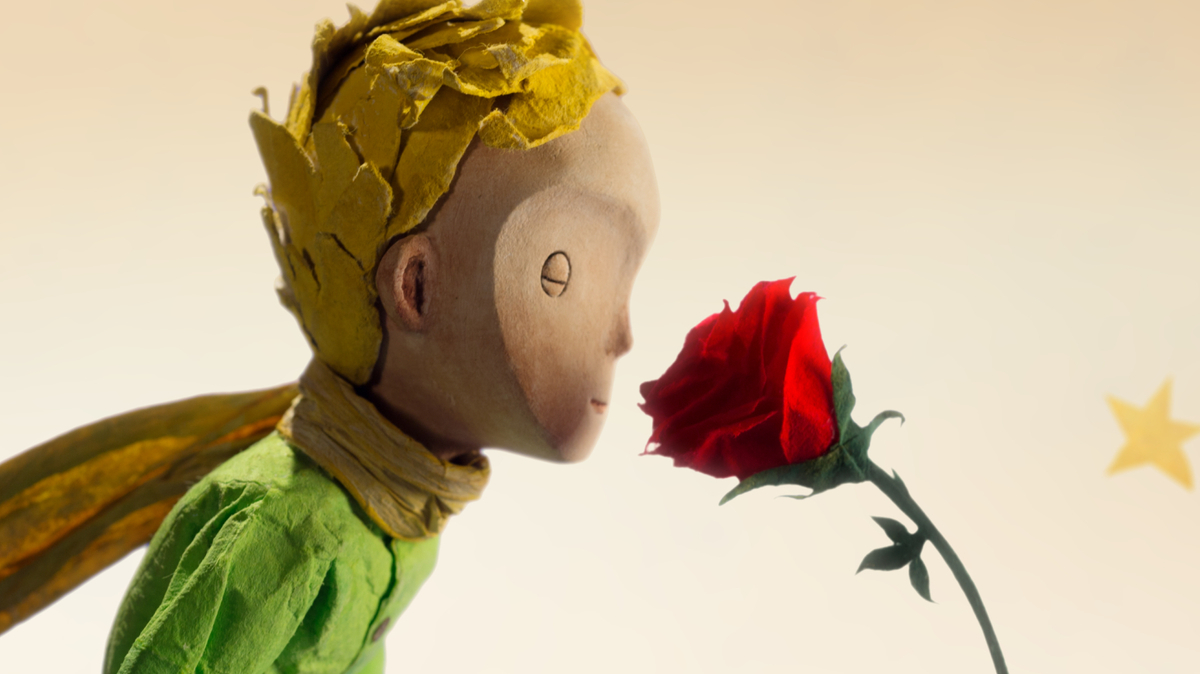 Pity the person who tries to adapt Antoine de Saint-Exupéry's The Little Prince. The classic tale has been translated into more than 200 languages and has sold hundreds of millions of copies around the world. The story — about a pilot who meets a child from another planet — is almost sacred to its fans. Now, there's a new movie version (in theaters and on Netflix) by a director whose credits include Kung Fu Panda and The SpongeBob SquarePants Movie. Those aren't exactly literary classics, but Mark Osborne knows all too well what he's up against.

In The Cockpit, Gazing At Stars: Saint-Exupéry's Life In Pictures

For the record, it wasn't originally Osborne's idea to turn the gentle, beloved story into a big, commercial movie. Saint-Exupéry's estate actually approached him, and Osborne initially turned them down. According to Olivier d'Agay, Saint-Exupéry's great-nephew and manager of the writer's estate, "The first response was 'No.' Mark is so honest ... that he was really scared to [consider] an adaptation of this lovely book." For his part, Osborne remembers thinking, "There's no way that you could possibly make a movie that is everything the book is to everyone."

Indeed, The Little Prince is many different things to many different people. Where young readers might see a galactic, fantasy adventure, adults might be taken by what the story says about growing older and losing a childlike creativity. Some embrace The Little Prince as a meditation on friendship and responsibility, while others see it as a war story.

In truth, it's all of the above and more. "The book exists in the imagination of every reader," Osborne says. "There's a new version of the book that's created every time someone reads it."

Like so many others, Osborne has his own, personal history with the book. He met his future wife in New York and while they were dating he moved to California to study animation. 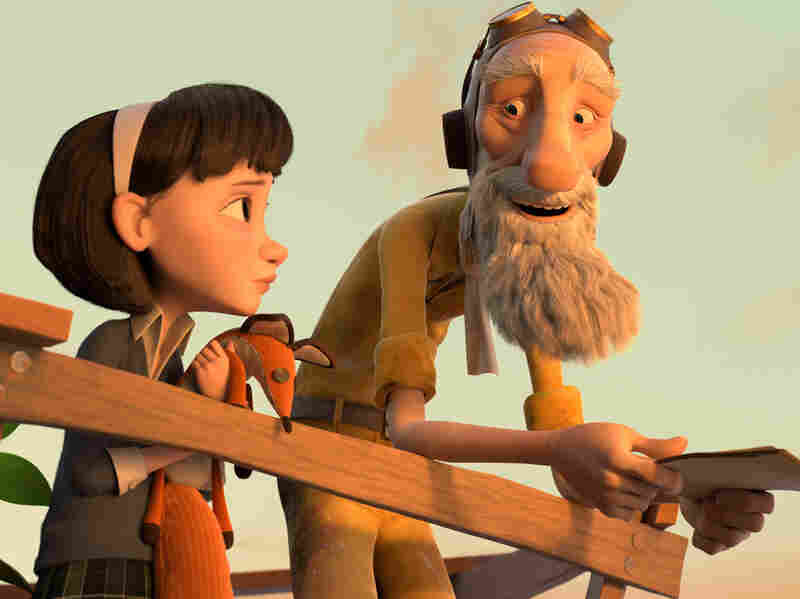 In Osborne's movie, a 9-year-old girl is introduced to The Little Prince by its author, an eccentric former aviator who lives next door. Netflix hide caption 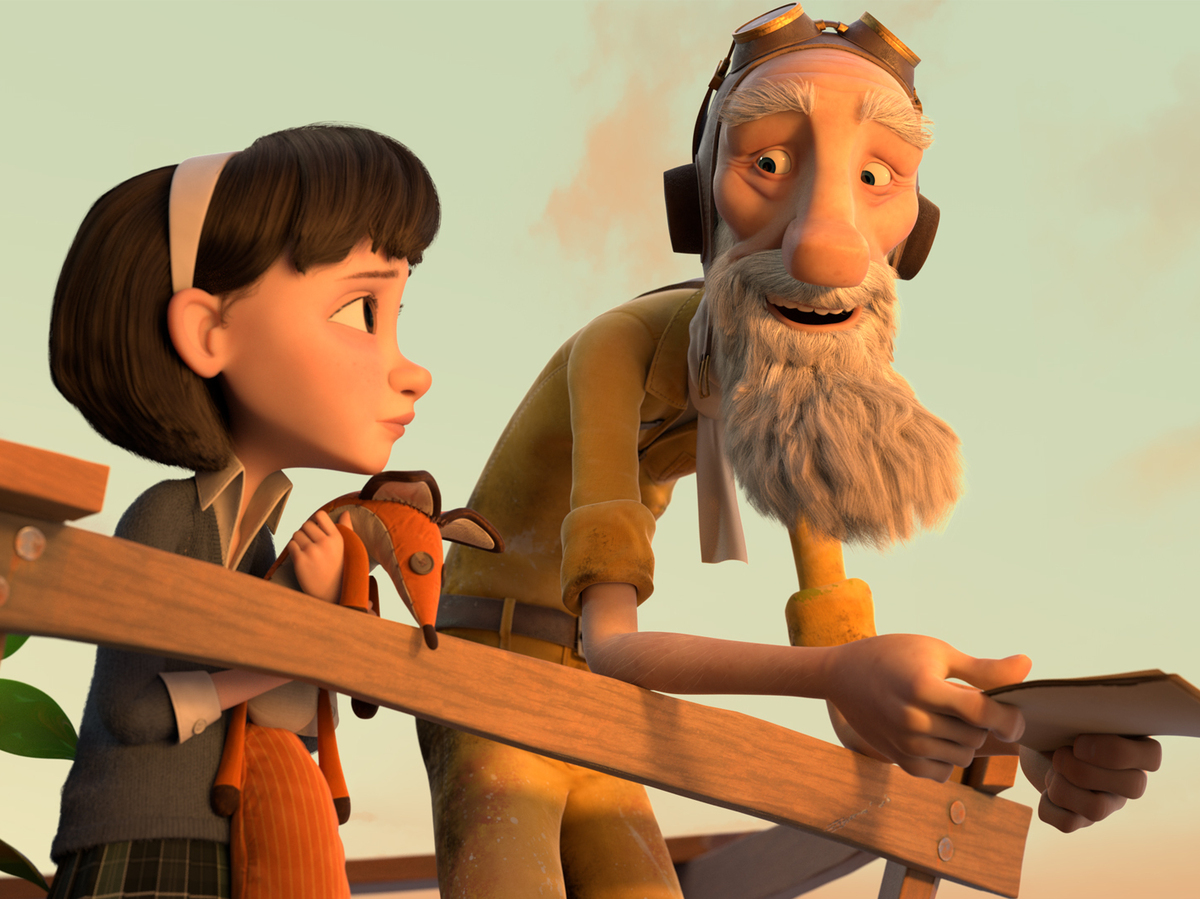 In Osborne's movie, a 9-year-old girl is introduced to The Little Prince by its author, an eccentric former aviator who lives next door.

"We had a long distance relationship at some point and it was really hard on us," he says. "And she gave me her copy of the book as a way to keep us connected. And she used the quote: 'It is only with the heart that one can see rightly; what is essential is invisible to the eye.' That was the quote that meant a lot to me and to us at that time, because she was saying, If we can't be together, we'll still be together."

In the book, that wisdom comes from the fox the Little Prince meets during his journey through the galaxy. The prince is pining for the rose he left behind on his planet, and the fox tells him, "It is the time you have wasted for your rose that makes your rose so important."

Osborne says his own memories of the book got him thinking about what kind of movie might be possible. "I couldn't stop thinking about the idea of expanding on the book," he says, "or using the book as sort of the beating heart at the center of a larger story that was about the experience that one can have with the book."

In Osborne's movie, we follow a 9-year-old girl's experience of reading The Little Prince. She is introduced to the story by its author, an eccentric former aviator who lives next door (a fictional stand-in for Saint-Exupéry, had the pilot not disappeared, at age 44, on a reconnaissance flight over occupied France). Whenever the girl or the pilot read the story, Osborne completely changes the look and feel of the film, from computer-generated images to hand-drawn paper cut-outs to clay animation. 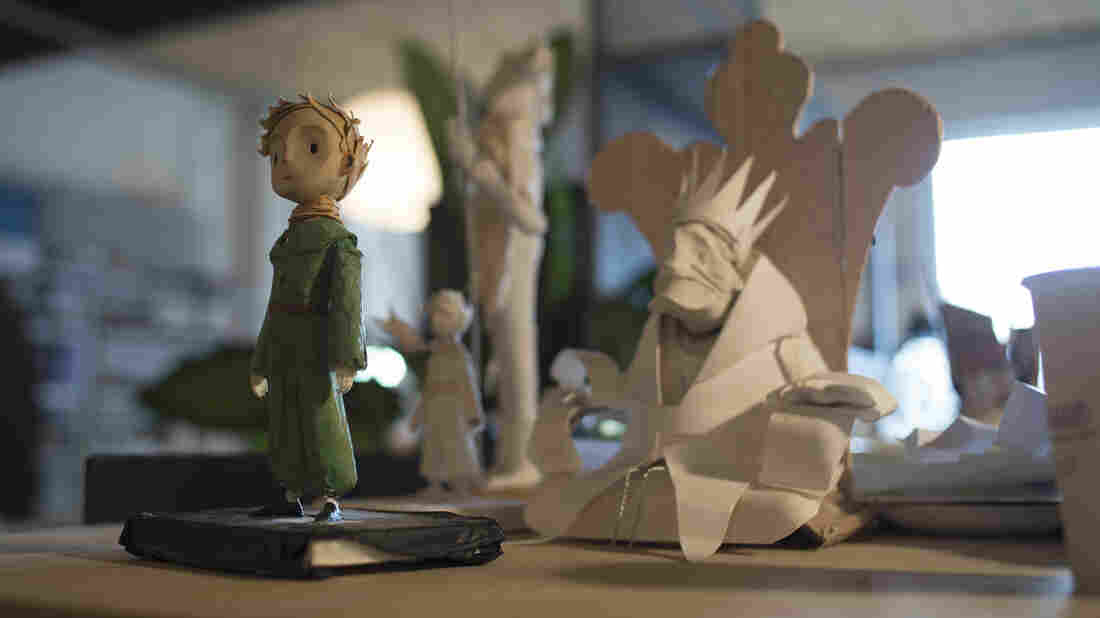 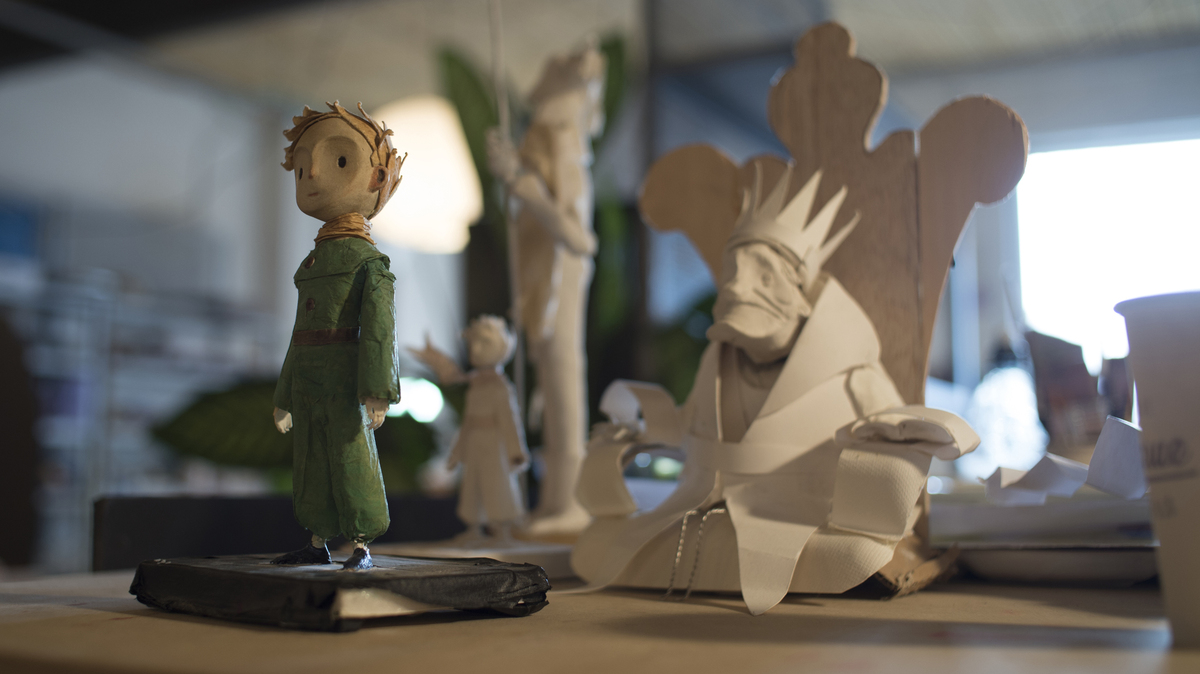 "Making a film of such a beloved story is a real risk," says Christine Nelson, a curator with the Morgan Library and Museum in New York, where Saint-Exupéry's original manuscript for The Little Prince is preserved. A few years back, Nelson curated an exhibition on the book. She says it has a fraught history when it comes to adaptations.

The first person to dream up a movie version was a 27-year-old Orson Welles in 1943. By then, Welles had already made Citizen Kane and The Magnificent Ambersons. As the story goes, he stayed up half the night reading the story and bought the film rights to it the next day. (There are still drafts of Welles' screenplay for The Little Prince.) 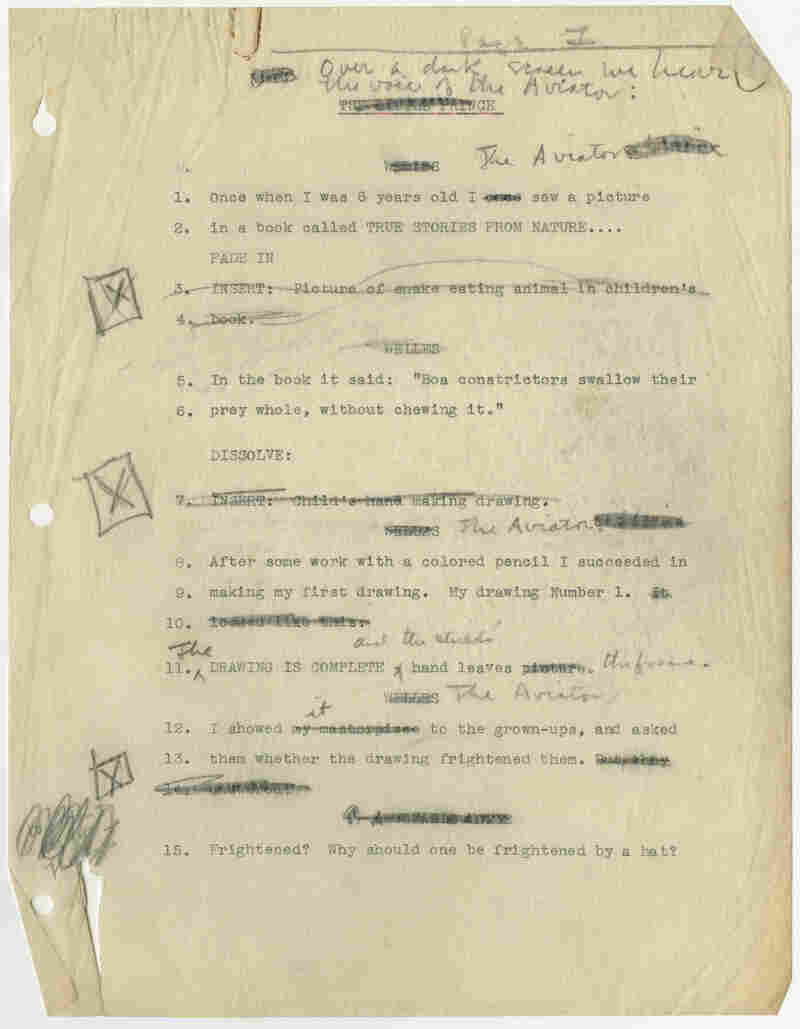 In 1943, Orson Welles tried to turn The Little Prince into a movie and even wrote a screenplay for it (pictured). Courtesy of The Lilly Library, Indiana University, Bloomington, Ind. hide caption 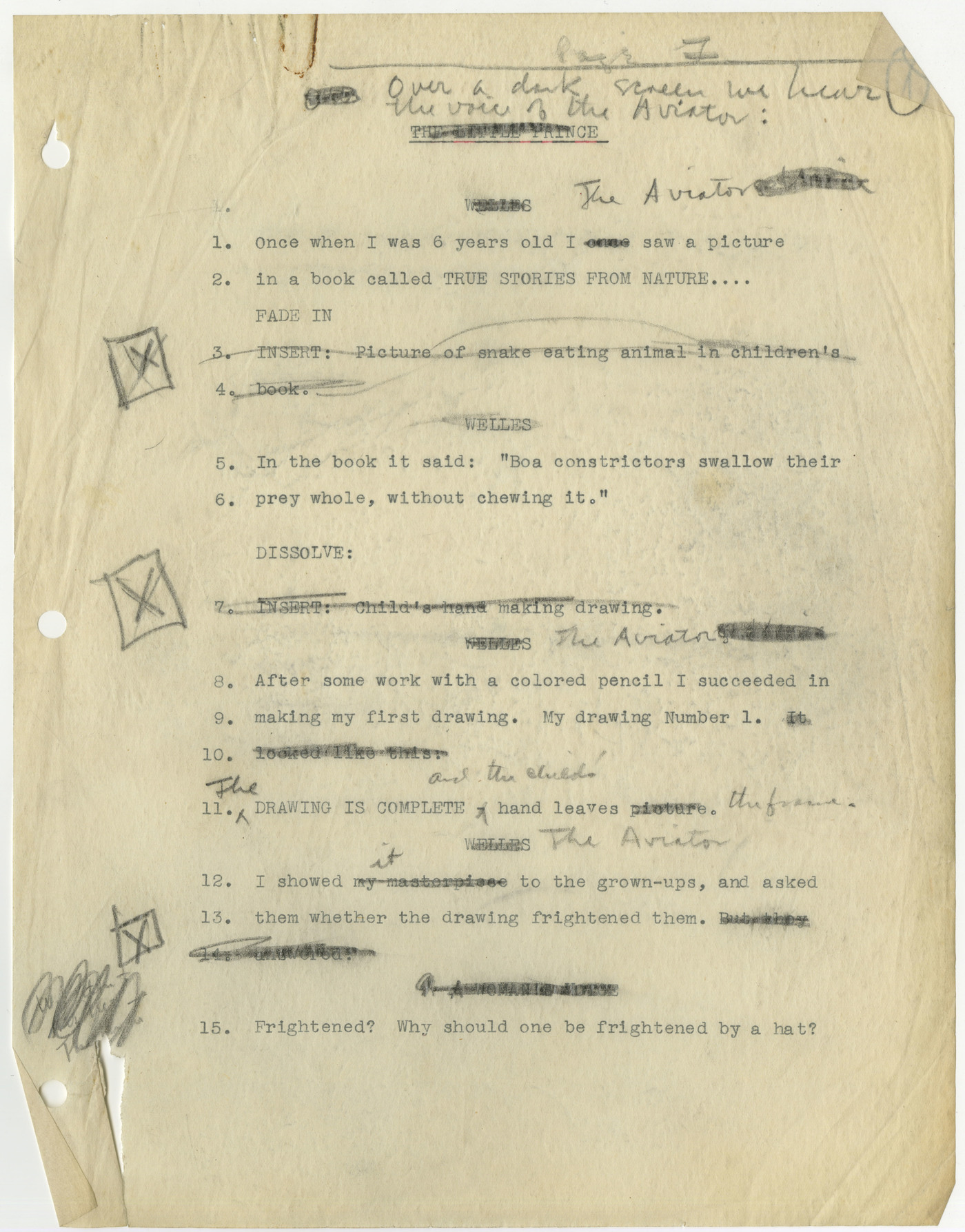 In 1943, Orson Welles tried to turn The Little Prince into a movie and even wrote a screenplay for it (pictured).

Welles wanted to make a live action film with some animation, and in the 1940s that meant working with Walt Disney. So Welles reached out. Nelson says, "He went to this meeting with Walt Disney and told him his vision and they were talking together and apparently Disney stormed out of the meeting saying, 'There's only room in this project for one genius.' And so the whole thing fell apart," A clash of grown-up egos that wouldn't surprise the Little Prince one bit.

In 1974, director Stanley Donen, who made Singin' In The Rain, came out with a very campy, musical version of The Little Prince. Gene Wilder plays the fox in an orange suit and tie, and Bob Fosse — looking a lot like Michael Jackson, circa "Billie Jean" — is the disco-dancing snake.

Most critics felt the stars did not align for Donen's attempt, but Nelson believes Donen's biggest problem was the 6-year-old actor who plays the planet-hopping protagonist. She says the Little Prince is a tough role to cast. "He has to have the sweetness and silliness of childhood. He has to have that deep earnestness of a child. He has to show a little bit of world weariness, of someone who's traveled the world and witnessed loneliness and isolation. And, in the end, he has to have this great wisdom. That's a pretty tall order for a 6-year-old."

'To Leon Werth, When He Was A Little Boy'

Another tall order is getting children to grasp some of the deeper themes of The Little Prince. When asked who the intended audience is for the movie, Saint-Exupéry estate manager Olivier d'Agay laughs. He says, "We had the same question in 1943," when the book was first published. Christine Nelson says Saint-Exupéry never specified his intended audience, but he did give us a clue. He dedicated the book to an adult friend of his — a Jew living in Nazi occupied France. He also asked children to forgive him "for dedicating this book to a grown-up.":

I ask children to forgive me for dedicating this book to a grown-up. I have a serious excuse: this grown-up is the best friend I have in the world. I have another excuse: this grown-up can understand everything, even books for children. I have a third excuse: he lives in France where he is hungry and cold. He needs to be comforted. If all these excuses are not enough, then I want to dedicate this book to the child whom this grown-up once was. All grown-ups were children first. (But few of them remember it.) So I correct my dedication:

To Leon Werth,
When he was a little boy