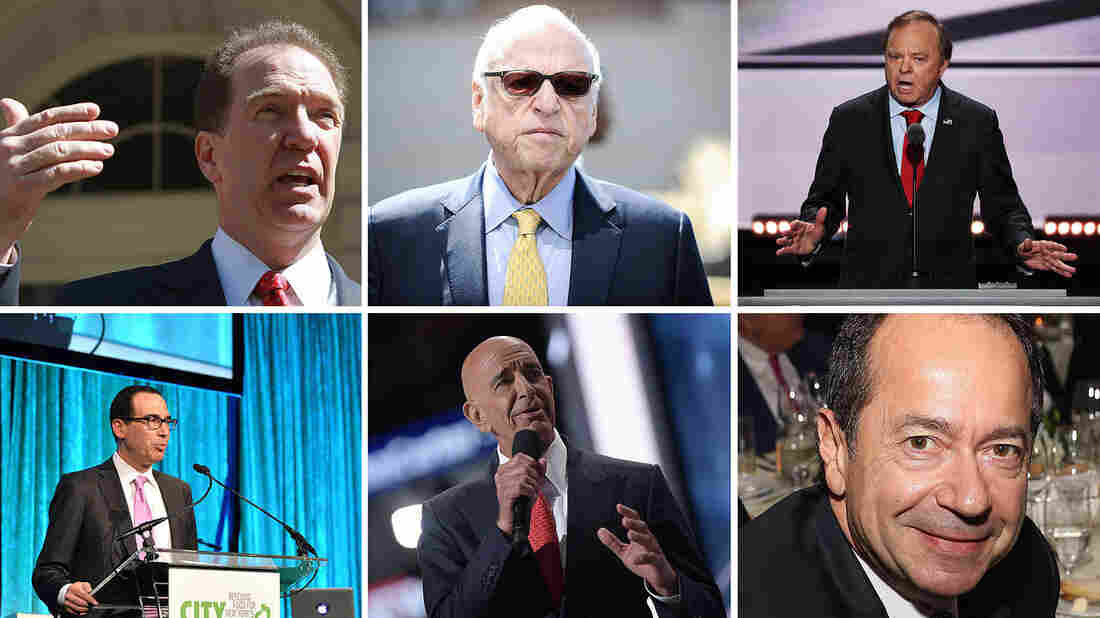 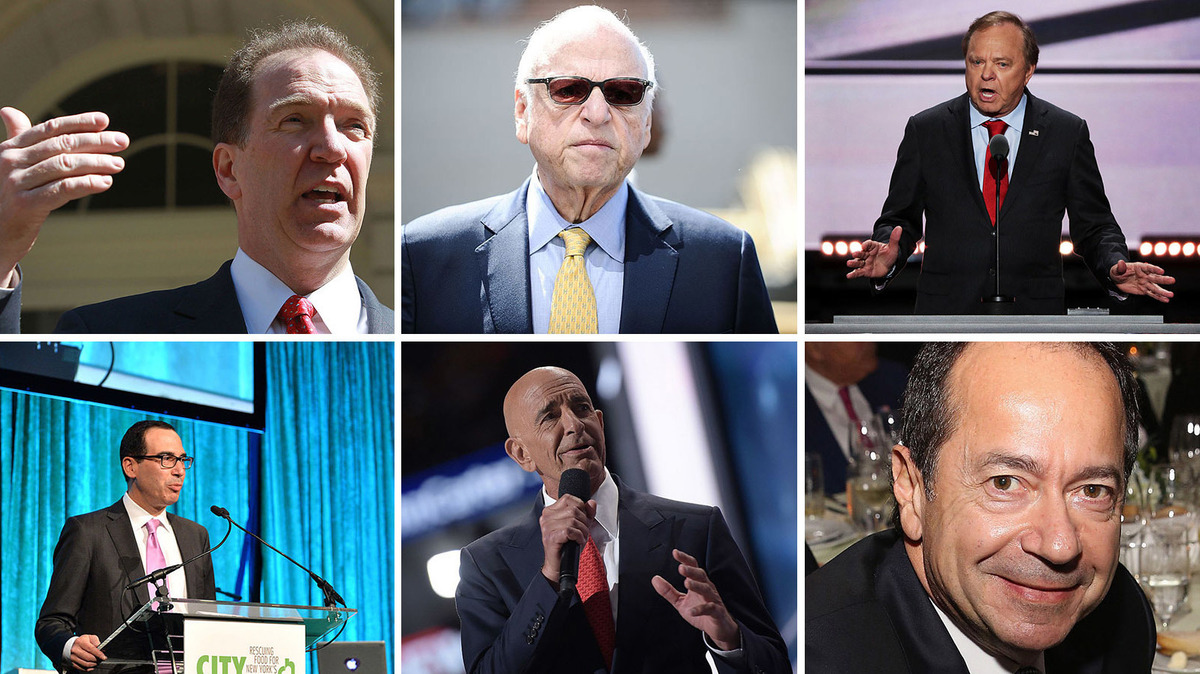 Donald Trump has released the names of his economic advisers, a list heavy with Wall Street and real estate industry figures, but short of actual economists.

The names include several people from the world of hedge fund and private equity firms, including Steven Feinberg, chief executive and co-founder of Cerberus Capital Management; Thomas J. Barrack, founder and executive chairman of Colony Capital Inc.; and John Paulson, president of a hedge fund company bearing his name.

One major oil industry executive is on the list: Harold Hamm, CEO of Continental Resources, who made a fortune in Bakken Shale formation and is said by Forbes to be worth almost $13 billion.

The Trump campaign said in a statement that the team is comprised of the "top economists in the country as well as the most successful industry leaders in finance, real estate and technology."

"I am pleased that we have such a formidable group of experienced and talented individuals that will work with me to implement real solutions for the economic issues facing our country," Trump said in a statement. He added:

"For too long we have watched as President Obama and Hillary Clinton have ruined our economy and decimated the middle class. I am going to be the greatest jobs President our country has ever seen. We will do more for the hardworking people of our country and Make America Great Again."

He has an economic speech planned for Monday. He has not released detailed economic policy positions, but has proposed very large business and personal tax cuts and infrastructure spending. He has also made U.S. trade policy a central part of his campaign, saying he wants to renegotiate trade agreements and bring back manufacturing jobs to the U.S.

Despite that, there is only one figure from the manufacturing world on the list: Dan DiMicco, the longtime CEO of Nucor Corp., the largest U.S. steel producer.

Some of those Trump named are people he already has strong ties to, especially Steven Mnuchin, chief executive of Dune Capital Management, who serves as finance chairman of Trump's campaign.

Among the only economists in Trump's inner circle are Peter Navarro, professor of economics and public policy at the University of California at Irvine, who has written about U.S.-China trade policy; and David Malpass, founder of the consulting firm Encima Global and a veteran of the Reagan and second Bush administrations.

Asked on CNBC Friday about whether Trump has the judgment to be president, Malpass said, "I think his judgment is great that the economy is supposed to do better, that the country can do a lot better than we're doing, and what we really need is a lot of change in Washington."

Among the best-known figures on the list is Stephen Moore, founder of the conservative Club for Growth, and a frequent TV, radio and newspaper commentator.

In an earlier version of this report, we said Thomas J. Barrack is chief executive of Colony Capital Inc. In fact, he is the firm's founder and executive chairman.