Accessibility links
Thai Voters Approve Military-Backed Constitution In a victory for the military, referendum voters in Thailand approved a draft constitution. Critics say it will entrench military control in the country.

In a victory for the military, referendum voters in Thailand approved a draft constitution. Critics say it will entrench military control in the country.

In Thailand, it looks as if the ruling military will keep calling the shots for a lot longer. Voters in Thailand today overwhelmingly approved a new constitution drafted by the military-led government. One, critics say, enshrines the military's role in politics for years to come. Michael Sullivan joins us now from Bangkok to discuss today's vote. Michael, a big victory for the military. Why so big?

MICHAEL SULLIVAN, BYLINE: Well, it seems to me that the majority of those who voted feel the military has made good on its pledge to maintain order and political stability since the coup and trust the military to keep that process on track with this new constitution, a constitution that ensures the next government will be largely controlled by appointed, not elected officials. And it's the military that will do much of the appointing.

SUAREZ: Why do you think so many people would vote to essentially dilute democratic rule?

SULLIVAN: A couple of reasons, Ray, I mean, one we just mentioned - stability - right? In the past decade, there's been a seemingly endless cycle of political instability, street protests, political violence that people grew tired of, but maybe there's another reason. And that is that opponents of the proposed constitution never really got a chance to make their case.

And many Thais I spoke to said they really didn't know what was in the constitution. The military allowed no public rallies against it, no real public discussion or criticism of it, and those who dared faced 10 years in jail. So the military clearly stacked the deck, and the house always wins.

SUAREZ: At the same time, the military government, as so many of them do around the world, promised that it would transition back to people's rule. What happens next? What's in the mechanics here?

SULLIVAN: Well, the prime minister former army chief Prayut Chan-o-cha says they'll be a new election next year and that now means that an elected lower house and an appointed upper house will be chosen. And the military will do the appointing of the latter, and there will also be at least six seats set aside for the military in that upper house.

And all of this is designed to prevent any one political party from becoming too powerful, which has happened in the past. And it seems aimed specifically at the political machine of the Shinawatra clan, the populist prime minister, Thaksin Shinawatra, was deposed by the military in 2006, and it was his sister's government that was the one removed by the military two years ago.

SUAREZ: So how will the Shinawatra supporters, which is, after all, millions of Thais, react?

SULLIVAN: Yeah, that's unclear. I mean, they've been pretty quiet since the coup. But, again, speaking out against it, you know, isn't really a good idea. Those who do so are often invited for attitude adjustment - the military's term not mine - and I don't see the military suddenly allowing them any more political space.

But other critics who aren't Shinawatra supporters, just, you know, democracy activists are obviously disappointed with today's vote because they say this is clearly a big step backward for Thai democracy.

SUAREZ: Does this latest version of military-backed rule enjoy the support of the king? He's a popular figure. Would we even know he's the world's longest reigning monarch, 88, and said to be in declining health?

SULLIVAN: He is in failing health, and I've seen no statement from the king. But that's not a surprise. He spends most of his time in the hospital and doesn't really speak in public anymore, though, he's still deeply revered by most Thais. Having said that, the military has long presented itself as the defender of the monarchy, and it's clearly worried about the transition after the king leaves the scene. His son, the crown prince, isn't nearly as popular and some here say one of the reasons for the coup two years ago was to help ensure that the transition goes smoothly.

SUAREZ: Michael Sullivan joined us from Bangkok. Good to talk to you.

SULLIVAN: And you, Ray. 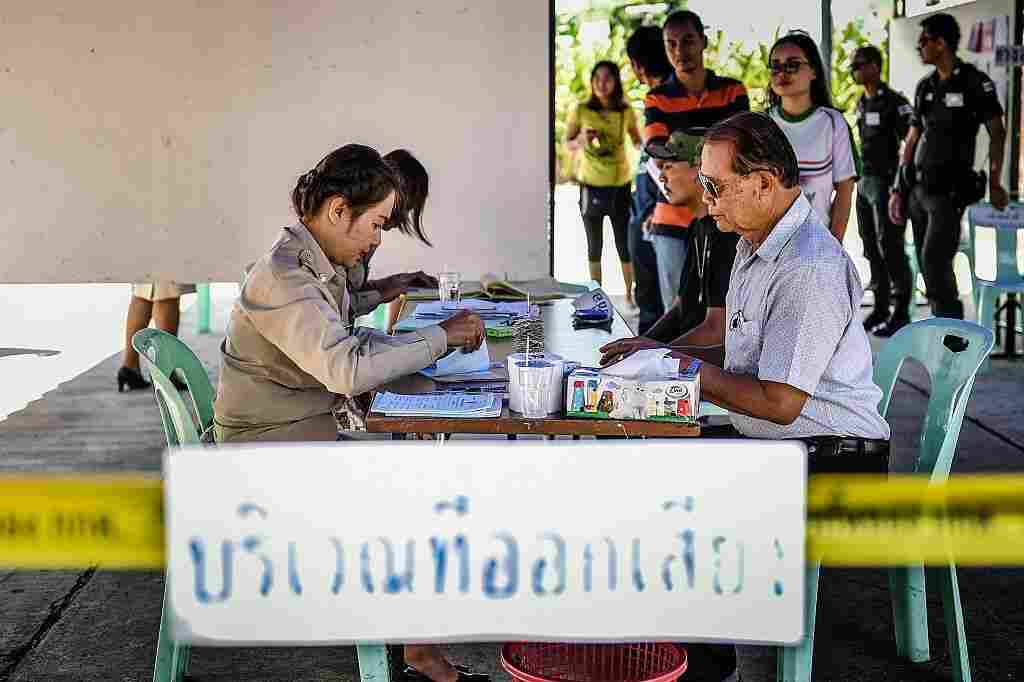 People register to vote at a polling station before casting their ballots in the constitutional referendum in Thailand's northeastern province of Buriram on Sunday. AFP/AFP/Getty Images hide caption 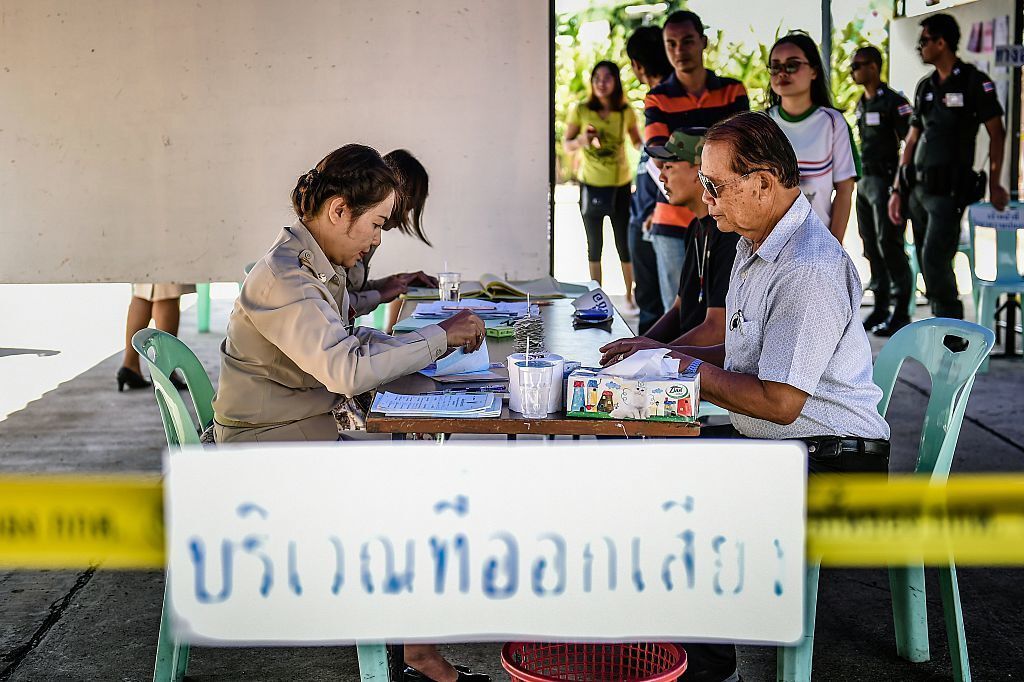 People register to vote at a polling station before casting their ballots in the constitutional referendum in Thailand's northeastern province of Buriram on Sunday.

Thai voters have overwhelmingly backed a new constitution drafted by the military government. The document's critics say it enshrines the power of the military in a way that is harmful for Thai democracy, while supporters argue it provides stability to the country.

"The Thai military seized power from a democratically elected government two years ago, promising a return to clean governance and political stability," reporter Michael Sullivan, who is in Bangkok, tells our Newscast unit. But, he adds, opponents of the charter say it dilutes "the power of elected officials in a watered down form of democracy."

It passed by a wide margin, Sullivan reports. "With more than 90 percent of the vote counted, the Thai election commission says roughly 60 percent of those who cast ballots voted for the new constitution while roughly 37 percent voted against it," he says.

In essence, this constitution will "lay the foundation for a civilian government influenced by the military and controlled by appointed rather than elected officials," as The Associated Press reports.

Independent election observers had asked to monitor the poll, "but this was not granted by the Election Commission," as the BBC reports. And "public discussion or criticism of the proposed constitution was banned by the junta in the run up to today's vote," Sullivan says.

Human Rights Watch recently expressed alarm that the military government has brought sedition charges against some critics of the draft document, saying it "creates a climate of fear." According to the BBC, dozens were detained for campaigning against the document. The rights group explains:

The limitations on public debate have had an impact on public awareness of the charter — indeed, as the BBC's Jonathan Head reports, "many Thais say they have little idea what is in it."

During voting, one student activist was arrested after destroying his ballot in protest while shouting, "Down with dictatorship and long live democracy," as the AP reports. Destroying voting documents is illegal, the wire service adds, and "at least 20 other people were detained for destroying their ballots, apparently accidentally because they were confused about the voting procedure."

Prime Minister Prayuth Chan-ocha had said "he has no plans on stepping down if the new constitution is rejected," and "he still plans on holding a general election next year," as Sullivan reports.